NEW YORK, United States — In a 1999 New York Magazine cover story about Anna Wintour, Calvin Klein explained why he was so happy to advertise in Vogue. "Whenever Anna gives us an editorial, we get a direct sales increase in the stores immediately," he said. In exchange, he bought ads. “Wintour readily admits that if she has to choose between two equally impressive dresses, she will choose an advertiser over a non-advertiser every time,” reported the magazine.

20 years later, the fashion system is much more complicated. For one, Instagram has transformed marketing and is in the process of transforming shopping habits with its new shopping functionality. Print magazines are only as vital as their digital assets. And Calvin Klein recently pulled the brand out of the designer ready-to-wear business altogether to focus on more profitable pastures full of Kardashians wearing affordable underwear.

Today, brands no longer have to advertise in Vogue to build relevance and grow sales. And they’re not buying as much print advertising as they used to: print magazine advertising fell by $400 million from 2016 to 2017, according to the Association of Magazine Media’s annual report. During the same period, luxury giant LVMH cut its print spend by $15.2 million while rival Kering slashed its print budgets by $7.5 million. Calvin Klein, meanwhile, is doing away with print advertising altogether. Diane von Furstenberg didn’t run any print ads this season.

This makes perfect sense. In 2017, Americans spent only 3.3 percent of their daily media consumption time with print products, versus 44.4 percent with digital media. And yet, at publishing giant Condé Nast, digital revenue only caught up with print revenue for the first time in 2018 and a trip to the newsstand reveals plenty of magazines full of fashion ads. The fact of the matter is: fashion brands, though they may be trimming their print budgets, still spend disproportionately on print ads relative to where consumers actually spend time. But why?

In sum, digital platforms have failed to provide a suitable enough alternative for fashion brands to abandon print altogether, publishers have historically undervalued their digital media products, and the fashion system of the 90s still holds power in today’s digital age.

If a brand has a huge marketing budget, it’s not crazy to spend some of it on print ads. For brands investing in the world’s best stylists, photographers, models and art directors in order to create imagery that targets high-income consumers, the controlled environment of print remains appealing. Jordyn Woods #linkinbio clickbait and pedestrian cell phone photos aren’t going to appear on either side of gorgeous fashion campaigns in a high-end magazine. And despite the existence of highly sophisticated targeted ad technology, advertising in The New Yorker is still a great way to reach affluent professionals.

Print also appeals to marketers because digital products have historically been so undervalued by their publishers.

What’s more, while print may be a vehicle for “brand awareness” more so than actual sales these days, online marketing doesn’t always have a guaranteed sales impact either. Instagram’s impact on fashion has been profound, and it could alter the business immensely once more through its new shopping functionality. However, influencer marketing, which fashion brands have embraced, only leads to material product sales in rare instances. While this is expected with print campaigns, the immediacy and real-time feedback of the internet leads marketers, ad sales people and editors to expect a measurable return from online marketing.

Print also appeals to marketers because digital products have historically been so undervalued by their publishers, many of whom saw them as a way to close lucrative print deals and failed to recognise the extent to which technology would change the media industry. The content on most fashion magazine websites has been free for two decades, and ads were for many years sold for cheap or given away for free as a bonus for buying print advertising. Once social media came about, publishers used it to do favours for advertisers in the hope they would buy print ads. The perceptional issues publishers created around their own digital products remains a problem. And if anyone understands the power of perception, it’s people who work at fashion labels.

Then there’s the matter of the fashion system itself, and the grip — albeit easing — it has on some fashion houses and their marketing departments à la Calvin Klein’s deals with Wintour. What’s more, tradition remains powerful in an industry built on constant change that, paradoxically, is full of entrenched interests and doesn’t really like to change very much. 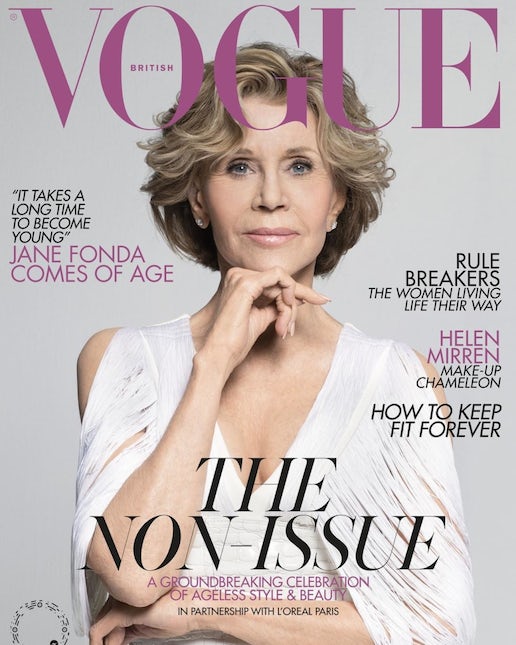 And while most new issues of print magazines drop like feathers, prompting little of the conversation or news coverage they once did, a few major magazines still make large audiences care about what they do and their print issues carry cultural credibility. The likes of Vogue, Harper’s Bazaar and Vanity Fair, for example, exist in a rarefied stratosphere where their cover stories leave people talking for a week or more, online and off.

Vogue generated huge publicity and social media frenzy after publishing an exclusive cover story on Justin and Hailey Bieber’s marriage, with one of their signature gorgeous photo spreads. Cardi B’s cover story and fairy tale spread in Harper’s Bazaar did the same. And the tenor of Beto O’Rourke’s presidential run was set by his Vanity Fair cover story, right down to the magazine’s headline and photo of him in jeans with mussed hair on a desert road in Texas.

So, if luxury brands in particular, which ultimately trade on their cultural appeal, have the budget, why wouldn’t they advertise in top-tier print title knowing they will reach a highly valuable audience and curry favour for this kind of exposure? Sometimes it happens unofficially, as when Louis Vuitton face Michelle Williams ended up on the cover of Vanity Fair wearing full Louis Vuitton. And sometimes it’s a direct advertising buy, as with British Vogue’s recent L’Oréal-sponsored cover starring Jane Fonda.

So, while it may not always be the case, for now, print remains a reasonably important part of the marketing strategy for many the world’s biggest luxury brands.