"Well Basically Basuco is Coke Mixed with Kerosine" (1994) from The Face being reproduced as a painting for Inez & Vinoodh's latest exhibition | Source: Courtesy
Media
Share
Comment
By Angelo Flaccavento November 13, 2019 05:20

MILAN, Italy — “Every picture, in a way, is a self-portrait,” says Inez Van Lamsweerde. That said, the statement could have come from Vinoodh Matadin, her partner in life and the other half of the prolific Dutch image-making duo known to industry insiders as, simply, Inez and Vinoodh. Such is the regularity to which the two talk as if they were a single person, seamlessly completing each other’s sentences.

Whoever said it, the point makes sense and not just because their output is necessarily a reflection of themselves. There’s more: the angularity of their features, the piercing quality of their eyes, their dry humour and love for the unexpected is precisely what one finds in their eclectic body of work, which for their latest exhibition — “Inez & Vinoodh Hi-Lo Transformers” — has been distilled down to just nine images, with no real separation between art, editorial and advertising.

Creating an art or a fashion picture is identical for us in terms of creativity.

The duo is represented by the gallerist Larry Gagosian and actually started their career in art before quickly decamping to fashion. “We find the distinction between the two realms to be rather irrelevant,” says Inez. “Creating an art or a fashion picture is identical for us in terms of creativity. Whether it is a gallery, a magazine or a billboard makes no difference for us when it comes to ideas and involvement, and in the end it’s just the credits that put out work in one area or the other. Once you mention the clothes, it becomes fashion: it’s just as simple as that."

We are in the sumptuous Appartamenti del Principe on the top floor of Milan's Palazzo Reale, where the duo — all bony faces and elongated, Giacometti-like bodies — are installing the show, curated by Francesco Bonami and part of the fourth Photo Vogue Festival, conceived by Vogue Italia's Brand Visual Director Alessia Glaviano. “We are known for using the digital image in every possible way,” Vinoodh explains. “Digital expands possibilities. But for this exhibition, we thought it was time to de-digitalise our world. Today, we think regaining humanity is important.” 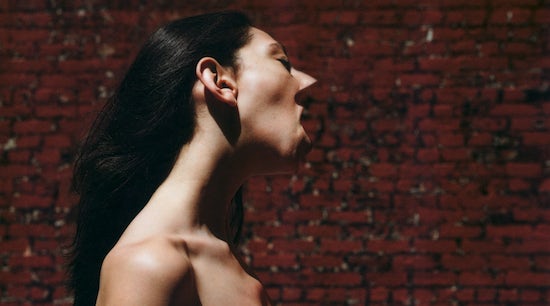 Visitors to the exhibition will be surprised — even upset. In place of Inez and Vinoodh’s ultra-sharp photography, the walls of the gallery are hung with a series of painted reproductions of the photographers’ most iconic works. Devised by Colossal Media, the company that specialises in hand-painted outdoor advertising, the works are actually meant to be seen from afar, just like billboards. Seen up close, in the upholstered rooms of the Palazzo Reale, they look rather hazy.

“A lot of our work for fashion brands lives outside on the streets as billboards,” adds Inez, “so we’ve always considered the streets our ideal art venue. Bringing the hand painted technique of these street billboards inside an institution like the Palazzo Reale emphasises this idea. The translation from photograph to painting gives a historic context to the show, bridging the fact that we are making a show in a royal palace, in a prince’s living quarters, with the modern art of photography. The images are chosen to represent a cross section of our 30 years of working together and for their nod to the art of painting, which has always inspired us.”

The duo first caught the attention of the fashion world with a set of high gloss, heavily-produced images — a collaboration with designer Veronique Leroy — which ran in The Face in 1994. “That first set took a lot of time to be perfected, and was glaringly digitalised,” recalls Inez. “We spent three months working on the images and we published them in a Dutch magazine that unfortunately never credited us, so we then sent them to both Interview and The Face. Interview returned the pictures unopened, while The Face published them right away.”

At the time, gritty, edgy and brutally realist images à la Corinne Day, Mario Sorrenti and Juergen Teller were all the rage. The pictures Inez and Vinoodh had created, photographing models in a studio and using stock images for the backgrounds, were completely different. So staged, cold and sensual, they felt disturbing. It was a glorification of the fake, a celebration of the distorting powers of digital technology. These seductive hyperreal images contained provocative narratives, held together by an attention to detail so clear, so fastidious, so Dutch. 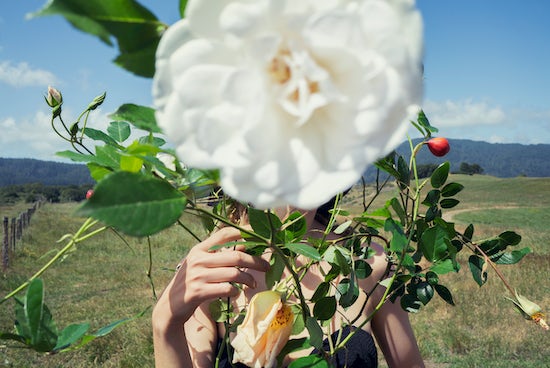 “We have looked at a lot of Flemish art during our whole life, and that has informed our vision and style,” Vinoodh explains. Their twisted precision has found its way, over the years, into editorials for publications like Vogue, The New York Times, Gentlewoman, WSJ and W, but also advertising campaigns and films for fashion houses including Balenciaga, Calvin Klein, Chanel, Dior, Gucci, Isabel Marant, Louis Vuitton, Miu Miu, Valentino and Yohji Yamamoto.

“It takes a long time, at least a full decade, to develop your own style,” says Vinoodh. “And this is the advice we give to anyone starting out in the photography business: it is important not to stress, and not to give out too many ideas right away. We also think it’s mandatory to stay independent as long as possible. It’s a matter of taking risks, experimenting and finding one’s own voice.” The voice Inez and Vinoodh have ultimately found for themselves is broad and eclectic, ranging from photography to video, colour to black and white, grainy to sharp, gritty to glossy. Yet, there is an unmistakable signature that runs through their work.

Working as a couple has been crucial to Inez and Vinoodh. Both trained as fashion designers, and the two initially split their work differently, with Inez shooting the pictures and Vinoodh styling them. But slowly, Vinoodh began working behind the camera, too. And, today, there is no separation between the two. “Being two is an immense help,” says Inez. “We always know there is a backup and what one is not capturing is maybe being captured by the other.”

“Fashion photography is a matter of teamwork, and we enjoy that a lot. We are like sponges: we slurp it all up from people around us and then we spit it back, our own way. It’s endless enrichment.”

How Inez and Vinoodh Embrace Digital

Hans Feurer: 'Behind Fashion There Is Always a Dream'