LONDON, United Kingdom — London Fashion Week is packed with young designers — even more so when you go off-piste. Alongside the official schedule, there’s the longstanding Fashion Scout showcase operating from Freemason's Hall on Great Queen Street; On/Off’s showcase for emerging independent designers held at various venues across Soho and a series of static presentations at Elms Lester Painting Rooms organised by PR agency The Wolves. For young London-based designers, the route to exposure doesn’t necessarily begin and end with Fashion East and the British Fashion Council’s NewGen scheme. Indeed, five early-stage designers have pursued a different path but are making waves across the London scene in ways big and small. 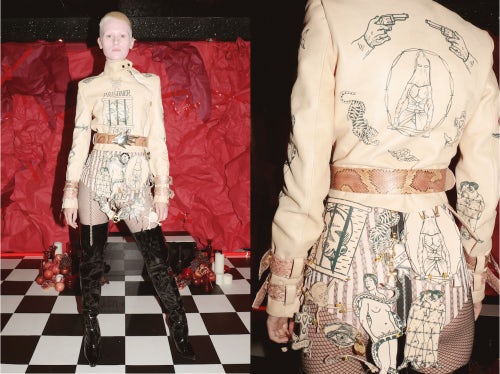 Heading to a Soho strip club at 9am on a Saturday morning for a show seemed like a trek. For those in the know however, seeing the debut London Fashion Week presentation of Dilara Findikoglu was worth the journey. Findikoglu gained acclaim for staging a guerilla show at Central Saint Martins as an act of protest after her BA collection wasn't chosen to be a part of the school’s official press show. Her Spring/Summer 2017 collection, inspired by women's skin, oppressed throughout different periods and cultures, was firmly entrenched in London's anarchic fashion tradition. But Findikoglu's unorthodox path hasn't stopped her from working with notable names. Ellie Grace Cumming, fashion director at AnOther Man, styled the show. "Her work is honest and unapologetic and that's exactly what a young designer needs to be: brave and able to own an aesthetic," said Cummings of Findokoglu. After approaching Findokoglu to collaborate with Selfridges on its Shakespeare Refashioned project earlier this year, the department store’s contemporary womenswear buyer Ruth Hickman decided to pick up pieces from her Autumnn/Winter 2016 collection to sit in their new Designer Studio section. 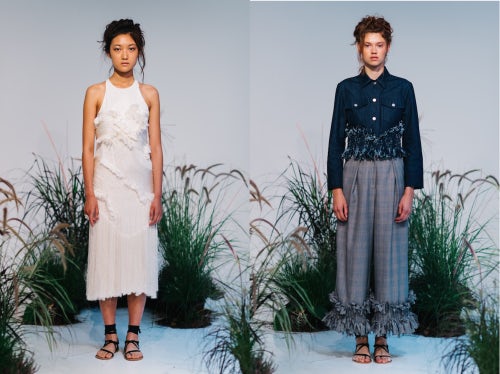 Another label making its London Fashion Week debut this season was two-year-old Xu Zhi, designed by Xuzhi Chen. The name might be familiar as the label was an LVMH Prize semi-finalist this year. After studying at Central Saint Martins, the Chinese-born Chen decided to make London the base for his budding brand, which focuses on innovative textiles, like gathering up strands of yarn and working them up into new textures. His latest collection, presented off-schedule, carries on his yarn embroidery techniques as well as making use of strips of fabrics in a Claude Monet-inspired palette to create artisanal collaged pieces that are deftly crafted. In China and Hong Kong, Chen has already made major inroads with stockists such as Lane Crawford, Dong Liang and D-Mop but London has now come a-calling: Dover Street Market stocks Xu Zhi exclusively in the UK. “With all the designers in London who I truly admire and look up to motivating us to create and keep on growing every single season, it is essential to show here,” said Chen. 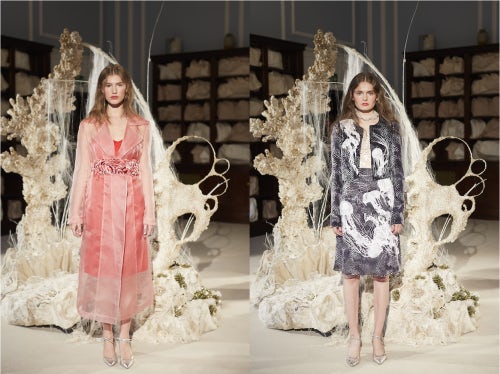 Technique alone does not guarantee success, however, and it seems having an experienced retailer backing you can be as important as garnering press attention. Alice Archer has been quietly showing on-schedule on the first day of London Fashion Week for the last three seasons. Her work demands an up-close look to fully understand and appreciate her digitally printed machine embroidery, which blends both hand and machine work. Archer presented a Spring/Summer 2017 collection of sophisticated eveningwear and languid daywear exploding with embroideries of underwater corals at Carlton House Terrace. The designer has set some very clear goals for herself: “I want to keep building my brand identity and become known for the designer who is synonymous with embroidery and innovation in embroidery and I want to continue to create red carpet gowns and special occasion pieces that make people feel really happy,” she said. Simon Burstein, formerly of Browns, has been working with Archer from the beginning of her career to enable her to mass produce her collections, as well as providing her with a studio and retail space at The Place on Connaught Street. “Alice's creations are so unique and timeless: complex embroidery mixed with hand printing, which makes them investment pieces,” said Burstein. “Over the past three seasons, Alice continues to surprise and blossom attracting more customers from The Place London as well as stores such as Barneys and Browns where her journey started.” 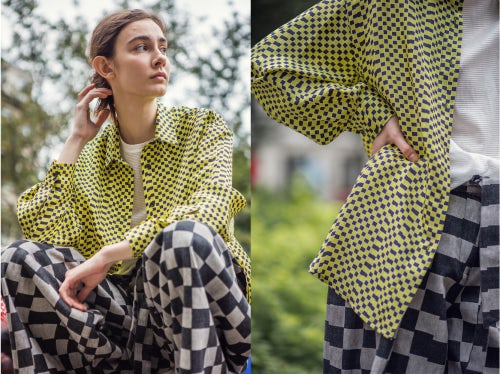 The distinction between on- and off-schedule isn’t quite as pronounced as it once was in London as some simply prefer to show off-schedule to suit the ethos of their brand. Katie Green of Kéji is one such designer. “The nature of this brand is to make the everyday feel special and that’s not what London necessarily stands for,” said Green, who can see the brand from the other side of the coin having worked as a buyer at Net-a-Porter. “I’m not shouting about anything we do and I think there’s more chance of longevity that way. I am off-schedule purposefully so I can have more power over when and how I present it.” To wit, Green gathered a host of sculptures by 10 British artists and staged a Kéji sculpture park in Golden Square in Soho, moments away from the official London Fashion Week hub at Brewer Street Car Park. Local office workers eating their lunch milled around amongst models wearing skater-inspired checked separates and her signature elevated denim pieces. Selene Collins, formerly in charge of sales at Christopher Kane, who now runs a fashion sales consultancy firm, has helped to grow Kéji’s business, which has attracted stockists like Selfridges, Le Bon Marché and Net-a-Porter. For her, Kéji is more than just another denim brand. “When people come me with a denim brand, I groan because it’s not really my aesthetic,” said Collins. “But when Katie came to me, I thought ‘This is how women want to dress today.’ It’s denim as ready-to-wear, and not this weird category.” 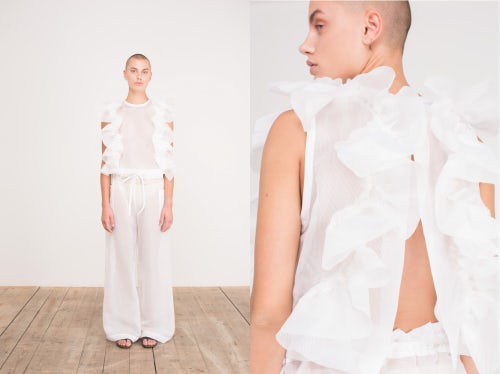 Katie Roberts-Wood immediately impressed the industry after graduating from the Royal College of Art, winning accolades like the ITS award. With a laser-like focus on sculpturally interlocking fabrics, she has been showing her label, Roberts Wood, off-schedule as part of Fashion Scout for the past two seasons and finally made the leap to on-schedule this time around, on invitation from the British Fashion Council. Early adopters like Dover Street Market have long seen potential in Roberts Wood, however. “Roberts Wood is one of the most amazing young brands in London,” said Adrian Joffe, president of Comme des Garçons and chief executive of Dover Street Market. “Her presentation was extremely beautiful — quietly but profoundly moving. You can feel she works with all her heart and soul and has such a defined confident vision.” Roberts-Wood’s work warrants such praise. Her latest collection of organically shaped clouds of linen and organza impressed this writer with its ethereal aesthetic. The work might be quiet but Roberts-Wood is making a louder imprint now that she’s in the BFC fold and her work is being seen on a larger platform. "I'm starting to realise how big a deal it is!” said Roberts-Wood, as a queued formed to speak to her after her presentation.