Stephen Jones and the Grammar of Hats

Colin McDowell sits down with Stephen Jones, one of the world's most celebrated and radical milliners, to discuss the business of making hats.

LONDON, United Kingdom — Stephen Jones has enjoyed an extraordinary career creating some of the world’s most exciting and eccentric hats, but the milliner is, by far, most proud of his work for the storied house of Dior, where he was first invited to work in the autumn of 1996 by John Galliano, then the creative director. “Even now,” Stephen admits, “every time I climb that grey staircase lined with photographs of Ava Gardner and Marlene Dietrich, I feel that I am in the holy of holies — the epicentre of the fashion industry — and I find that very moving. There is nowhere in the fashion world more sacred than that fabled staircase.”

A hat in a collection by, say, Jean Paul Gaultier or Marc Jacobs, must look right for their [respective] creative approach, but also a little unexpected. In one sense, the hat is an exclamation mark; in another, a full stop. In my head, there is a grammar to it.

Stephen had created hats for the London-based house of John Galliano since 1993, but, still, he was surprised when the couturier informed him that he was moving to Paris to work for Givenchy and wanted Stephen to collaborate with him on the hats for his couture collections. As it turned out, Galliano was at Givenchy for only a very short time, producing two couture and two ready-to-wear collections, before he was given the plum job of design director of Christian Dior and, again, asked Stephen to move with him. Both were former students at Central Saint Martins and had known each other on the London club scene. But it was Stephen who, at the time, had more experience working internationally, having collaborated since the late-1970s with several of the world’s top designers, including Jean Paul Gaultier, Azzedine Alaïa, Claude Montana and Thierry Mugler.

Now, sitting in his office at the back of his tiny but exciting shop in London’s Great Queen Street, near Long Acre (a name that appeals immensely to his sense of humour), it is easy to see why Stephen Jones works so well with others. He has charm and considerable wit, laughs easily and is highly literate. From his appearance, you might imagine that he is a figure of the establishment, but, in truth, he is much more radical. 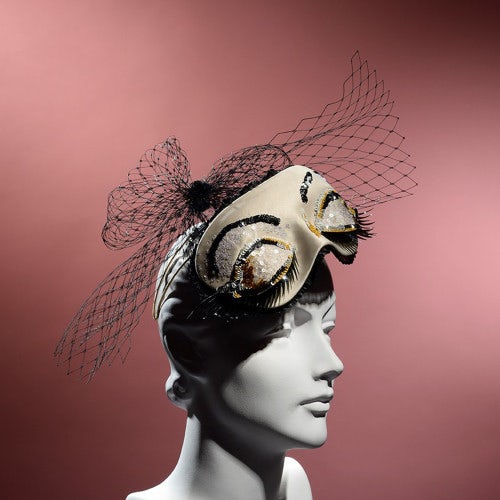 Stephen was born in 1957 in the North of England to middle class parents who, “although not rolling in money,” had enough for his grandfather to indulge his expensive taste for American cars from the 1940s. His family had no connections to fashion, but Stephen feels that if it wasn’t for World War II, his father would have probably taken up art or design. “His exercise book margins were full of beautiful drawings.” Whilst he was still at school, Stephen’s parents moved south and he soon followed, having gained a place on the fashion course at Central Saint Martins, as “one of the two token males in my year.” Of course, he love being there, even though he very much disliked his course director: “She hated me and it was mutual. I mean she was wearing Kenzo in 1976 — bang in the middle of Punk!”

Stephen was much more drawn to women with the relentless determination of Rei Kawakubo who, as he says, “has this ever-fresh wackiness and is not afraid of any part of the body. I find that so refreshing and exciting.” Luckily, he found the same boldness in two of his school tutors: Bobby Hilson and Shirley Hex. In particular, Hex turned out to be a true catalyst for Stephen’s creativity when he enrolled in her millinery course and soon realised that he had found his metier.

In 1979, Stephen left college with very little money and took a series of day jobs (even working as a truck driver), while making hats and trying to set up his own business in the evenings and on weekends. At the same time, he was partying all night on a regular basis. His world consisted of Roxy Music, Punk Rock and the Blitz Club, where he made a gold skullcap mask for Steve Strange, the resident DJ.

A year later, the owners of PX, a cutting-edge New Romantic boutique in London’s Covent Garden, allowed him to use their basement as a showroom in exchange for a very small percentage on his turnover. For the opening, he made 30 hats and threw a party attended by everyone from Andrew Logan to Molie Parkin, who shocked Stephen’s parents by appearing in a transparent dress. And while success did not come overnight, the opening was a major step forward. But it was Michael Roberts at Tatler and Joan Burstein and Robert Forrest at Browns — “my blessed triumvirate” — who Stephen says gave him the most support. “They are the ones who really started me off,” he recalls.

The first of Stephen’s many fashion collaborations was with Zandra Rhodes in 1983. “It changes with every designer, of course. Each one has his own vision and the milliner must feel confident enough in his role to be able to empathise. I tell you, one of the absolute characteristics a milliner requires is being a very good listener. And that does not mean emails. It means face-to-face. That’s why I seem to be always in a plane. You chat and gossip, then you get down to talking about hats and it’s a good stimulating time because you feel you know each other. I carry a sketchbook everywhere and, on the plane, I start to draw. My job is to take the designer’s aesthetic and my aesthetic, combine the two and make something to put on the head! A hat in a collection by, say, Jean Paul Gaultier or Marc Jacobs, must look right for their [respective] creative approach, but also a little unexpected. In one sense, the hat is an exclamation mark; in another, a full stop. In my head, there is a grammar to it…” 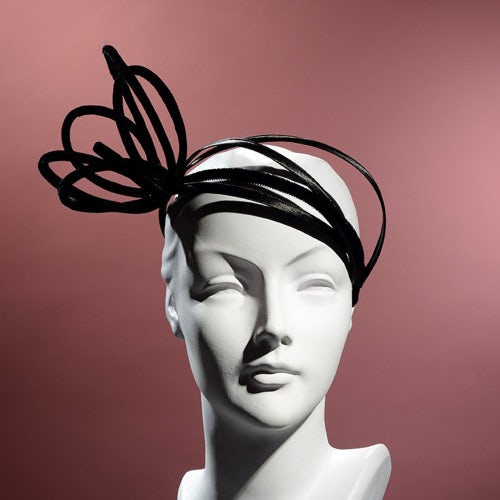 Alongside his collaborations, Stephen has his own brand, producing two collections of couture millinery and two diffusion collections (under the label Miss Jones) each year. Stephen also has a strong private client base, whom he provides with hats for weddings (especially royal ones, where hats are still de rigeur) and a number of events on the Jewish social calendar, which also features many occasions, religious and secular, to which hats are worn. “Jewish ladies pass my hats around the family,” says Stephen. “And eventually, they come back to be re-trimmed, ready for a new life.” But it is horse racing that really pays the rent: Ascot, The Kentucky Derby, Dubai, Hong Kong and Melbourne. “All big meetings and very dressy, which means new hats.”

To meet demand, Stephen has an atelier of 15 permanent workers, with others drafted in at peak times. He always sketches his ideas and often makes toiles out of tissue paper or actual buckram and pins to evolve a shape or a special form of decoration. “As I seem to travel all the time,” he says, “I have a book of the collection which I take with me and I draw every possible permutation of the original idea, often transforming it. When I am working with designers, things are going back and forth all the time; we swap ideas over the phone, and it is normally only two weeks before the show that we start making. And I can accept last minute changes. With Marc Jacobs, the decision is made and rarely changed; with John [Galliano] things could change radically very near the show. But I did not care. Working with him was millinery nirvana.”