LONDON, United Kingdom — The holiday season beckons and this year there is no shortage of books penned by industry greats to add to your wish list or gift to your fellow fashion enthusiasts.

Below BoF columnist Colin McDowell offers his biannual list of fashion books — a curation of some of the industry's most insightful works and perfect holiday reads. Delve into the glamorous world of designer Adrian Adolph Greenburg or step back in time and uncover the nuances of regency fashion. 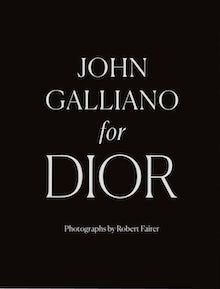 The Galliano cavalcade of glamorous picture books continues. Some are good, some less so. This one is arguably the best so far — testified by the people who have contributed to it. Hamish Bowles, André Leon Talley and Oriole Cullen are fashion “aristocracy” who lend their names only to top products. And this is certainly one of them. Robert Fairer is one of the privileged of an army of hopeful photographers who, every season, in the top shows, scramble and fight to get “the picture”. Fairer skips lightly over all obstacles to produce a runway and backstage images of perfection. They capture the fun, the madness and, above all, the creativity of the designer and his amazing team, fearlessly breaking all the rules, redefining ideas of beauty in high-fashion as close as it can get to perfection. This is a landmark publication. 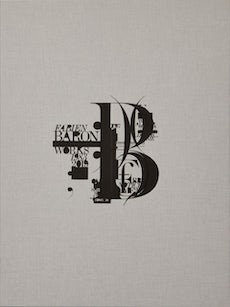 Anyone interested in fashion can reel off the names of the major movers and shakers: designers, models, writers, editors and publications. Creative directors are normally only known to the “hard-core” insiders of a fashion. And yet the layout of the pages (and even more so, the covers) of the magazines that disseminate “the look” are masterminded by the creative directors. They are the ones who give the publication its impact. Fabien Baron is currently the leader of the pack, in my opinion, following in the footsteps of legendary trailblazers such as Alexey Brodovitch and Alexander Lieberman in the last century. He has what could be called polymathic eyes and they give him a uniquely bold approach to the demands of the page and the images. This is a book to turn to and learn about the singular vision of one of the masters. It is expensive but worth it, and every art college should have at least one copy. 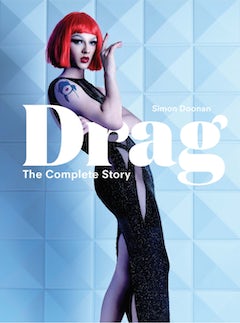 Dressing in clothes normally considered only suitable for the opposite sex is centuries old. But dressing in what the French call travesti and appearing publicly has a much shorter history. Although drag — as it is now universally known — is much less common in broad daylight, it is essentially an after dark hobby for most of its devotees. But Chanel and her friends of both sexes in the twenties loved to dress up as members of the opposite sex and walk publicly in the streets.

Simon Doonan is the perfect guide to this world. As well as only looking at dress development in the last century and coming up to today, he goes right back to the movement's genesis in Roman times, its slow development over the centuries in the European courts, its 19th-century music hall and club iteration to today, where it stands acceptable and hugely popular especially with the young. His range is wide, from the startlingly glamorous RuPaul to the double entendre of the man dressed as a gossipy old woman at the bus stop or in the queue. This survey covers the field of gender fluidity and its culture in a witty, intelligent and comprehensive survey which is an engaging and compulsive checklist of how drag performs. Great fun, informative and, most importantly, increasingly acceptable as just another way to live.

Dress in the Age of Jane Austen — Regency Fashion (Yale) 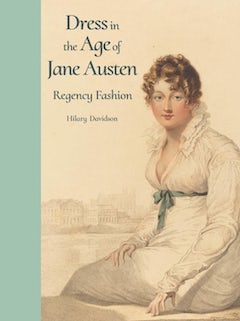 This book is a very good example of history lightly worn but also a serious work of scholarship. The concept of taking one notable writer whose novels capture a period and to use her and her pin-sharp observation to illuminate a historic period is a clever one and Hilary Davidson makes it work perfectly. To use the writings of possibly the most popular novelist of the 19th century (many might say of all time) whose works have swept the world through the medium of television and cinema was truly a brainwave. This book covers all aspects of the dress and manners of what is proved the first — and most memorable — period with which modern thinking can share and this is what makes Dress in the Age of Jane Austen such an enjoyable and authentic history. A perfect example of learning lightly-worn and totally accessible, the text of this elegant book illuminates the period of Austen’s world in a way that makes it and its attitudes feel as modern as today. 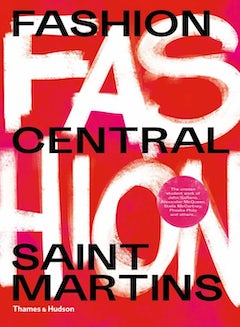 The Saint Martins publicity machine continues to work hard on its image and this book will enhance it even further. It is not a boring academic examination of how the college grew from its inception in 1854, through its move to Charing Cross Road in 1914 and, by 1961, having over 500 students, described by the Observer newspaper as “the tousled young.”And so on, to today, where it is generally considered one of the world's top fashion schools — a credit that it shares with no more than half a dozen institutes across the globe.

This informal celebration of all the above reveals the importance of the quality of the teaching and the toughness and vision that Saint Martins brought to the training of young talents, basically for the rag trade. The single-minded women who largely run it understand not only creativity but that world. The courses were (and are) essentially practical — as is this book. The majority of its testimony is from the alumni who have made it famous. If you can cope with all the adulation and the uncritical pride of the carefully chosen graduates whose testimonies form the main body of this well-designed roll call of talent, this is a super book: young, fresh, engaging and a testament to what a seat of learning can achieve if it is led by the right people, although I remember the remark of one graduate, who said it “is no place for sissies.” The great interest for most hopefuls applying for a place on the fiercely competitive course will be the personal testimonies of the Saint Martins alumni during their time there. 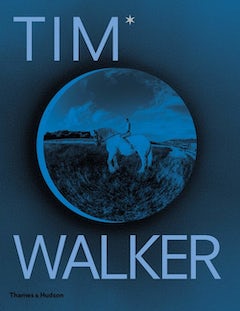 Tim Walker is having a moment. Although admired and sought after within the fashion business for his amazing imagination, his profile outside that comparatively small cadre of aficionados has been limited. But not any more. These two books complement each other very well. The V&A book examines Walker's choice of objects in the museum’s vast holdings of treasures and builds a shoot around them. As those who know his work would expect, fantasy and fairies are prominent. In addition, there are informed “chats” between the photographer and his collaborators — some of it rather too heavy breathing, but always, interesting and revealing. In my opinion Walker is not only unique, he seems to live on a planet where no fantasy is beyond his eye and the skills of his teams make the most extravagant flights of fancy happen. Shoot for the Moon seems an appropriate title for a man who seems to live on his own planet. His work is not just exciting. It is life enhancing. 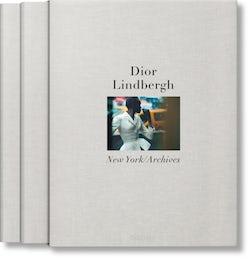 Peter Lindbergh died on September 3rd this year, barely three months before the publication of a boxed set of two books of his photographs. This majestic publication therefore serves as a retrospective and obituary to the memory of a photographer unlike any other.

A Lindbergh picture is not only about the clothes. It is about the woman wearing them. The eye is drawn to the stance and the face and you find yourself thinking of the model not as a model but as a person, not the smiling cut-out that so many lesser photographs give us. Even though he has done three Pirelli calendars, in most photographers' view an excuse for overt sexual, semi–nude glamour, his last one included Charlotte Rampling and Helen Mirren. This is the clue to Peter Lindbergh's uniqueness. Although he clearly understands the fashions he photographs it is the psychology of the woman wearing the clothes that he captures — which is why he was chosen by the Duchess of Sussex when she was guest editor of British Vogue to provide the cover portraits — a fitting acknowledgement of the unique Lindbergh eye which had already produced the controversial cover for Anna Wintour’s first American Vogue — an image which still holds its power. 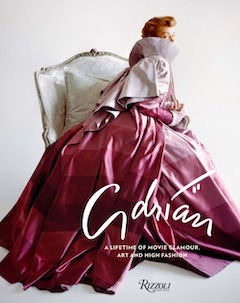 This is a story that has waited far too long to be told but at last one of America’s greatest fashion designers for the screen, and the runway, has been given his due. And the wait was worth it. Adrian Adolph Greenburg was born in 1903 into a rag trade family and his talent was evident even in the drawings he did as a boy. Whilst studying art, he was talent-spotted and when he was eighteen he was in Paris where he fed his eyes on the glamour of nightclubs and cabarets of Montmartre and met Irving Berlin who asked him to draw costume ideas for one of his reviews. It was a glittering start to what became a miracle career.

Hollywood beckoned and Adrian was in the centre of it, part of the 20s and 30s dream machine designed to bring glamour across the world. He designed the costumes for Cecil B DeMille stars at Metro-Goldwyn-Mayer, including Garbo, Joan Crawford and Katharine Hepburn. In 1945, he opened his own-label couture establishment. It was an immediate success.

Adrian died in 1959 but his legacy goes on in that every time a movie from the 20s and 30s is shown in a film club or on Netflix the chances are that the heroines’ clothes will be by Adrian, the man who undoubtedly influenced fashion more than any Paris couturier of the time. His Letty Lynton costume designed for Joan Crawford in the film of that name caused a sensation: Legally reproduced by Macy’s, it sold in its tens of thousands. And who can forget his ruby slippers for Judy Garland in the 1939 film, The Wizard of Oz?