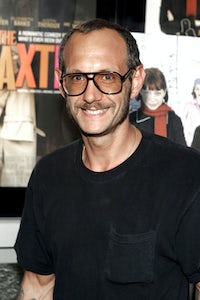 NEW YORK, United States — Life for Terry Richardson seems to have become harder in a post-Harvey Weinstein world. On Tuesday, London’s Daily Telegraph reported that James Woolhouse, executive vice president and chief operating officer of Condé Nast International, the media giant’s international arm, sent an internal email to the company’s global presidents instructing them to stop collaborating with Richardson. The controversial fashion photographer's alleged sexual misconduct with models, which occurred on sets, first surfaced in disturbing detail over a decade ago. And yet Richardson remains a frequent choice for editorial and advertising projects across the fashion industry.

A representative for the London-based Condé Nast International confirmed Woolhouse's email, which was reported to have been sent at 8.14am local time on Monday. A representative for Condé Nast (in the US) told BoF: “Condé Nast has nothing planned with him going forward. Sexual harassment of any kind is unacceptable and should not be tolerated.” While many of Condé Nast's international titles, particularly Vogue Paris, have worked with the photographer as recently as this year, the American titles had largely stopped. American Vogue last worked with Richardson in 2010 and by 2014, the company's other US titles had followed suit.

That is until Condé Nast’s W commissioned Richardson to shoot an editorial for the magazine’s November 2017 issue, on newsstands now. (The shoot was commissioned after Edward Enninful left the title to run British Vogue.) W’s editor-in-chief Stefano Tonchi declined to comment on why he decided to start working with the photographer again after six years. WSJ Magazine and CR Fashion Book, which have recently commissioned covers from Richardson, also declined to comment. Although Richardson shot for WSJ as recently as September 2017, sources say the title has no plans to work with him again. Representatives for Hearst, Net-a-Porter’s Porter magazine, Dazed and Fantastic Man — all of which have worked with Richardson in the last two years — did not return requests for comment.

On Tuesday, a representative for Valentino — which has regularly commissioned Richardson to photograph campaigns — told BoF that the house will not work with him again. But just this month, the Italian megabrand released a Resort 2018 campaign lensed by Richardson and featured it on its Instagram account. “Valentino's last campaign with photographer Terry Richardson was shot in July 2017,” said the representative. “There are no plans on a future campaign and of course [we] take these allegations against Terry Richardson seriously.” Valentino has removed Richardson’s name from the credits in captions of the Resort 2018 campaign images on Instagram, but not the images themselves.

But the allegations of Richardson’s sexual misconduct have been around for years. There have been no new public reports of sexual misconduct by Richardson since 2014, when press coverage of his alleged behaviour and questions as to why brands and magazines still tolerated this and worked with him reached fever pitch. “Is Terry Richardson an Artist or a Predator?” asked New York Magazine in 2014, after a suite of new accounts surfaced and more than a handful of brands, including Aldo and H&M, said they had no future plans to work with him.

“Like Robert Mapplethorpe, Helmut Newton and so many others before me, sexual imagery has always been a part of my photography,” wrote Richardson at the time on the Huffington Post. “I have never used an offer of work or a threat of rebuke to coerce someone into something that they did not want to do.”

“He is an artist who has been known for his sexually explicit work, so many of his professional interactions with subjects were sexual and explicit in nature, but all of the subjects of his work participated consensually,” a representative for Richardson told the Telegraph on Tuesday. “Terry is disappointed to hear about this [Condé Nast International] email especially because he has previously addressed these old stories.”

But following the avalanche of allegations against major Hollywood producer Harvey Weinstein from over fifty actresses and concerns around negative PR fallout and whether brands and magazines could perhaps be held legally liable for job-related sexual harassment, the fashion industry, which long turned a blind eye to Richardson’s behaviour, suddenly appears to be taking a harder line.

This was not an exposé because nothing in these stories should be a revelation for those working in our industry.

And yet Richardson is just the public face of a much deeper problem. And despite the controversy sparked by Richardson’s alleged behaviour back in 2014, the culture that allows for sexual harassment in the fashion industry has not changed. In recent weeks, former model Cameron Russell has posted anonymous stories of sexual harassment faced by fashion models. The volume of stories became so high that Russell has enlisted the help of several prominent models to help air the stories, using the hashtag #MyJobShouldNotIncludeAbuse. “This was not an exposé because nothing in these stories should be a revelation for those working in our industry,” Russell wrote on Instagram. “To the magazines, agencies, clients and editors who reached out for interviews, who commented to express solidarity and horror, who said they do not stand for sexual assault, SHOW US.” Russell declined to comment to BoF.

“Harassment and mistreatment have always been widely known and tolerated in the industry,” said veteran model Christy Turlington Burns to Women’s Wear Daily last week. And yet brands and magazines which have long turned a blind eye to widespread abuse are only now starting to change their ways. And rather than taking public positions, many have chosen to enact policies quietly, sometimes even secretly.

“Within the industry, everybody knows what’s going on, there’s no shock and awe,” Liskula Cohen told BoF. The model spoke out against Richardson in 2013 after a 2002 shoot in which he demanded photographs be “raunchier and more straight up pornographic” to the point that she had to leave the set. “It’s supposed to be a ‘funny joke’, but it doesn’t matter if you’re 18 or if you’re 30 — they’re in a position where they feel like they have to say yes.”

Model Sarah Hilker spoke out in 2010 about a 2004 model search party where she saw Richardson photographing intoxicated women in states of undress. “Looking at the situation, I [thought], ‘This [model] doesn’t know what she’s doing,’” she says. “It helped me in a lot of ways, get an insight into what I needed to be watching out for.”

“There are powerful forces who have made very clear that they don't like what I'm doing at the Model Alliance and who have tried to minimize our efforts,” Sara Ziff wrote by email. The former model and founder of the American research and policy organisation for fashion models says she was labelled a whistleblower after the release of her 2009 documentary “Picture Me,” which included one model's account of harassment by Richardson. Ziff had expressed concerns to the head of her agency about the photographer before the film’s release, but that person brushed it off by saying, “That’s just Terry.”

“Pushing back against abusive behaviour in the industry has definitely hurt my career — and my bank account,” says Ziff. “People who care about women's rights and social justice were enthusiastically supportive, but there were plenty of people who expressed ‘boo hoo, poor model’ sentiments, essentially trivialising and dismissing my and other models' concerns.”

The Model Alliance is working on giving models more of a legal recourse to fight back against harassment through the “Models’ Harassment Protection Act,” following two years of research by Ziff and colleagues at Fordham Law School. As independent contractors, models lack legal protections against sexual harassment. “The inconsistencies in classification in addition to the way modeling agencies have been able to skirt around state law and regulations have cultivated a workplace environment that lacks accountability,” says Ziff.

The new law, which New York State Assembly woman Nily Rozic has announced she will introduce, would make management agencies or companies liable for unlawful practices against models. “In an industry where models are routinely put on the spot to pose nude or semi-nude; where they are not always provided adequate changing areas; and where sometimes the people who control their professional destinies demand sexual favours, this legislation is long overdue,” says Ziff. “We need greater accountability and I think this bill is a critical step forward.”

But the problem goes much deeper than models and photographers. Powerful editors, stylists and casting directors are also known to routinely engage in sexual misconduct, exerting their positions of industry power to abuse young women and men who, much like those climbing the ranks in Hollywood, are often compelled to consent to their own exploitation for fear of losing out on career-enhancing jobs.

If you have a tip, please send to editor@businessoffashion.com. Tips can be made anonymously. Documentation or other evidence is helpful.

Why the Fall of Harvey Weinstein Signals the End of Fashion's 'Don't Ask, Don't Tell' Practices