NEW YORK, United States — Europe’s Spring 2020 runway shows might be well underway, but another sort of fashion conversation is taking place in the US.

On Sunday, the 20th anniversary edition of Target’s Design for All collaborations — a best-of collection stacked with high-low pieces from Anna Sui, Jason Wu, Proenza Schouler and others — went on sale. Reporting for Vox.com, BoF contributor Cheryl Wischhover said that Target expected “Black Friday-level excitement” around the line, which features 280 styles from 20 designers.

Target declined to disclose early sales figures, but a spokesperson said that a number of items — across home, apparel and accessories — did sell out in a matter of hours. (The most popular collections were Missoni, Lilly Pulitzer, industrial designer Michael Graves, Hunter, 3.1 Phillip Lim and John Derian.)

But regardless of whether this greatest hits album will perform as well as the originals, Target’s collaborations tell an interesting story about the fashion industry over the past two decades. While fast fashion and the internet (and more recently, social media) are rightly credited with the democratisation of category, high-low collaborations have had a lot to do with it, too.

Before Target, H&M and Uniqlo began partnering with designers on capsule collections, there was little opportunity for the average consumer to access such illustrious brand names. Just a few years before he started designing a line for Target in 2003, Isaac Mizrahi was a tiny ready-to-wear brand owned by Chanel, reserved for a rarefied customer. Stephen Sprouse, who partnered with Target just a year after making bags for Louis Vuitton, was equally inaccessible. There had been collaborations in the past — most notably, Halston at JC Penney — but nothing with much cultural traction. These collaborations made the world of high fashion feel more accessible than ever before. 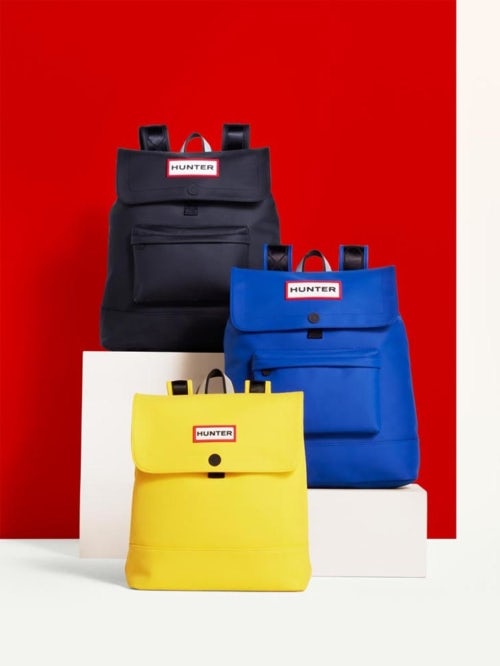 “Over the short-term, back in the day when Target was really innovative in the space with great marketing, the lift for those brands was phenomenal,” said Marc Beckman, founder of DMA United, an agency that has brokered many collaboration deals. “Before Target, most people in this country didn’t know who Isaac Mizrahi was. Same thing with [British designer] Luella Bartley. It really helped.”

But at what cost? While big brands like Versace, Balmain and Comme des Garçons seemed to have benefited from the exposure of their respective H&M partnerships — helping to cement their place in pop culture — most small, independent brands have not been able to parlay exposure from collaborations into increased sales for their own businesses.

What they did get was an upfront payment — sometimes upward of $1 million, according to Beckman — and exposure to a bigger audience. But when you look at the list of brands Target has worked with in particular, many of them no longer exist. Bartley, Tracey Feith and Patrick Robinson all took pauses before launching entirely new labels. Peter Som hasn’t sent out a collection since 2014. In 2017, Calypso St Barth was forced to liquidate its inventory. Behnaz Sarafpour, one of the first designers to participate in Target’s Go! International programme — which tapped upscale labels for quick-hit, one-season-only collections — now sells jewellery and perfume on her website, not dresses.

Other labels, including Thakoon, Jason Wu, Proenza Schouler and Rodarte, have at times struggled to navigate the tricky business of selling expensive clothing. Fashion’s democratisation happened in tandem with the rise of industry conglomerates. Independent ready-to-wear brands were suddenly competing against well-funded groups like LVMH and Kering — which have the scale to produce their products more efficiently and cheaply, and spend more money on marketing and customer acquisition.

Additionally, in the years after the 2008 recession, discount culture invaded luxury department stores. Consumers expected to pay less for designer clothes everywhere — not just at Target — further undervaluing these labels.

There’s no denying that these high-low collections were popular and remain coveted. Today, many of these pieces now show up on The RealReal or other resale sites, priced higher than their original cost. In August, I asked people on Twitter to share which collaborations they bought and still own. Out of the 248 responses, Jason Wu for Target and Isabel Marant for H&M were the favourites. Other popular collaborations included Rodarte for Target and Uniqlo U, designed by Christophe Lemaire.

In the majority of these cases, it is near-impossible to prove the collaboration did anything to further establish the designer's main collection. (The exception being Lemaire, whose main collection is now partially funded by Uniqlo parent company Fast Retailing.) But the obvious winner in all of this has been Target. In recent years, the discount retailer has since evolved its merchandising strategy, opting to bolster its volume-driving, top-line-generating in-house labels rather than focus its marketing efforts on limited-edition, seasonal collaborations. Nevertheless, the cheap-chic gloss remains.