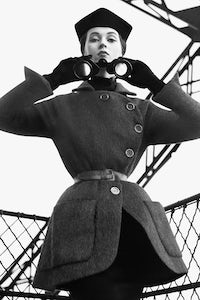 LONDON, United Kingdom — Christian Dior’s 1947 New Look influenced fashion forever, not least in the way it was to be presented. Although that change came not from Paris, but from New York, bought about by a magazine (Harper’s Bazaar); an editor (Carmel Snow); an art director (Alexey Brodovitch); a fashion editor (Diana Vreeland) and a very young and inexperienced photographer: Richard Avedon.

Born in 1923 to a Jewish retail family, Avedon’s interest in photography developed early. His father showed him how cameras worked and the many family group portraits taken when he was a boy gave him a sense for the importance of presentation. In later life he recalled how his family “dressed” their photographs with dogs borrowed from friends and relatives, and shot them in doorways or in front of cars, none of which were theirs. His grandparents lived in an apartment block where the famed composer Rachmaninoff lived and as a boy, Avedon “stalked” him, determined to photograph the great man. It was an early manifestation of his determination that, aged ten, he got his photograph — with his Kodak Box Brownie.

But at that point, Avedon certainly wasn’t considering photography as a career. He actually wanted to be a poet and TS Eliot was his teenage idol. He enrolled at Columbia University to study philosophy and poetic composition but it was a brief intellectual flirtation. As he confessed, “I realised I didn’t have the intellectual equipment to deal eloquently with the kind of emotional material that compelled me.”

As World War Two loomed, on the advice of a friend, Avedon joined the United States Merchant Marine in order to avoid the draft. His task was to photograph the men for their ID cards — mug shots, in fact — and he once claimed to have taken “pictures of maybe one hundred thousand baffled faces” before it occurred to him that he was becoming a photographer. Released from service in 1944, Avedon attended the New School for Social Research and met Alexey Brodovitch, who taught classes there and whose pupils included Diane Arbus and Eve Arnold. Impressed with the 23-year-old Avedon’s work, he began to give him small commissions for Junior Bazaar. 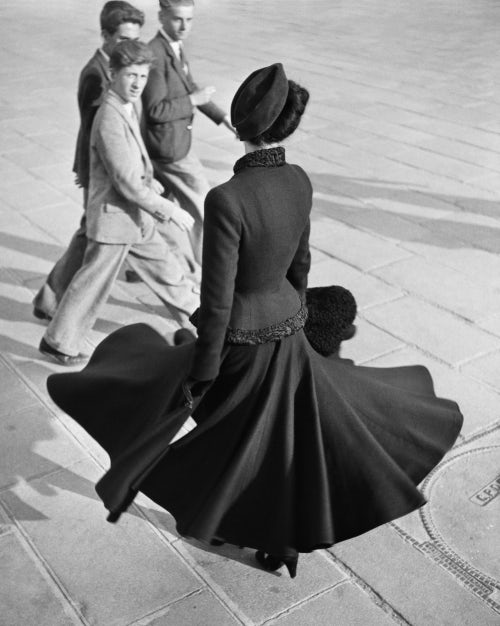 Brodovitch surely saw Avedon’s unique quality. Even as a young, aspiring photographer his contemporaries noted his bold attitude and risk-taking in scale and imagery. And it stayed with him for his entire working life. People who were part of his teams over the years recall how his energetic imagination gave birth to arresting images, whether portraits, such as the uniquely telling one he shot of the Duke and Duchess of Windsor, or in his many fashion shoots sparkling with life and originality.

What he brought to all his work was an intellectual curiosity rarely seen in the fashion world. He had an enquiring mind: as a theatre buff he would often go to the same play over and over again until he fully understood it on all levels. His favourite authors were Proust, Beckett and Chekhov; he adored Goya for his attention to detail; Soutine for the earthy paint texture and Modigliani for his boldness of scale. A fan of Buster Keaton and Charlie Chaplin, he also admired and championed Samuel Beckett throughout his entire life. He is probably the only fashion photographer of the twentieth century who can be called an intellectual — or, at least, exceptionally well read and culturally informed.

Avedon was a portrait photographer at heart, an obsession that had begun with his Rachmaninoff shot and was augmented by his daily head and shoulders work for the Merchant Marines. His ‘eye’ can be cruel in his portrait shoots such as the 1963 group photo, The Generals of the Daughters of the American Revolution, or the many he took of ordinary unknown individuals in which he allowed the lens to tell the truth without any flattery at all.

But he also believed that fashion photographers could have a sense of fun and his first success showed how. The massive breakthrough in Richard Avedon's career came in 1948 when, in the wake of Dior’s New Look, he accompanied Carmel Snow to Paris in order to photograph the couturier's second show. And, with the youthful confidence that really doesn’t acknowledge failure, he broke away from the decades-old traditional way of photographing fashion. The frozen, sculptural look of Horst P Horst or Beaton’s pastiches of eighteenth century portraits were all about the stillness of formality; the presentation of clothes as a part of the stiffness of upper class life. In a glorious anticipation of Vreeland’s famous axiom, ‘give em what they never knew they wanted,’ Avedon broke up the frozen, dignified image. His photographs were about action.

Although traditionalists in Paris tut-tutted, it was clear that Richard Avedon had, in one season, completed what Dior had started in 1947.

>Movement in fashion photography was not new, of course. It had been developed in the thirties by Martin Munkacsi, Toni Frissell and Norman Parkinson, but only on sporting shoots: women jumping into the sea and other essentially informal activities. What Avedon did was to introduce movement to some of the most formal clothes in the world and to give them a spirit that made them exciting for young women — a first in formal couture. He took clothes that were actually very structured and made them, if not totally casual, at least accessible, a fact that 7th Avenue realised and quickly capitalised on. It is no exaggeration to claim that it was Avedon who matched Dior’s masterstroke with his own masterstroke which was to make visible the possibilities of the new way of dressing. And he did so by Americanising its presentation.

He began with the models: Suzy Parker, Dovima, Dorian Leigh, Sunny Harnett were all beautiful, young and full of personality. They ran across Place de la Concorde, they roller skated, they sat at the counters of louche bars, they were accompanied by modern looking young men - a favourite was an English dental student called Robin Tattersall - and they made clothes look universal, fresh and desirable but above all real and speaking to a new sort of couture customer. It was, in itself a new look and, although traditionalists in Paris tut-tutted, it was clear that Richard Avedon had, in one season, completed what Dior had started in 1947.

It was literally a reformation of fashion for the rest of the century — not only in the way it was designed and presented by the designers but also in the way it was photographed. No more stiffness of a Greek sculpture but a swinging fluent of the sort that women actually made. From those 1948 pictures came a half century development in fashion imagines. His photographs of Brooke Shields in Calvin Klein’s advertising campaign for jeans; his ground-breaking eighties publicity campaigns for Versace - full of flying figures, running, jumping, lying in tight groups like puppies -  it had enormous influence on advertising and editorial pages in magazines and poster campaigns where ever there was high fashion. 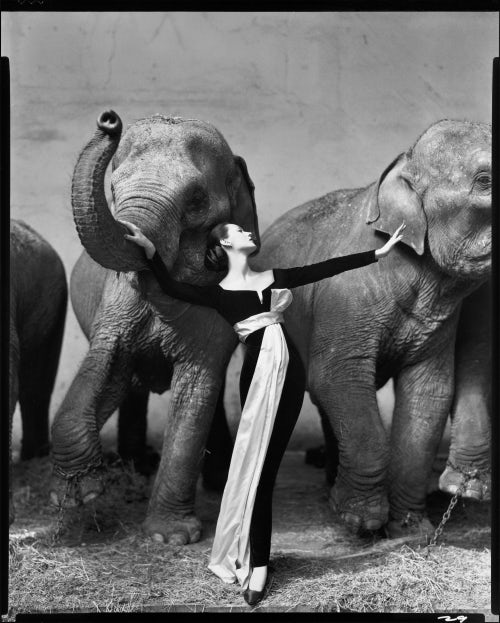 But there was more to his influence on the craft and attitudes of fashion photography. Twice married, Richard Avedon was a major influence on approaches to fashion photographers who had, with some justification, been equated with interior decorators as people more likely to be gay than straight. With his exciting pictures of girls having fun - which included Twiggy, Jean Shrimpton, Ingrid Boulting, Verushka and Kate Moss - he attracted a new breed of man to fashion photography as a suitable career. The young Brits like Donovan and Bailey. The wit of Norman Parkinson and Guy Bourdin, who loved to put girls in impossible situations; Helmut Newton, who created polished images of super women; Bruce Weber, Steven Meisel, Tim Walker — all of whom had the confidence to forget the past and create their own worlds — are the progeny of Richard Avedon.

We have all read critics who praise Richard Avedon as a polymath – and it is a valid claim for anyone who can photograph Dovima in Dior haute couture and Kate Moss in very little — but his lasting legacy is the precision of his technique. Whether a studio shoot or on location, the results were always exceptional because, having worked so closely with Brodovitch, Vreeland and Carmel Snow in his ‘apprentice’ years, he always thought of the dimensions of the page as well as the demands of its contents. For example, he did his own editing of his work and rarely sent in more that two or three images for the final choice. He treated his fashion shots as portraits, not just of a woman, but also as a dress and above all, an attitude.

Avedon was always a stern self-critic, although it often was hidden by a certain creative froideur whilst shooting. Rather surprisingly, he was never satisfied with what is now seen as one of the twentieth century’s great fashion images: Dovima in an Yves Saint Laurent evening gown for Christian Dior, photographed with elephants at the Cirque d’ Hiver in Paris. The contrast between her slim elegance and the large animals behind her is strong but Avedon himself was unhappy with the final image. He told an interviewer that it was ‘always a failure to me.’ He felt that the long sash falling in front of the gown should have been blowing to the left - presumably to echo the movement of the trunks and legs of the elephants. Despite his reservations, most commentators would surely agree that, like many other examples of Richard Avedon’s work, it is one of the great images of the twentieth century.