Op-Ed | In Defence of Milan and the Italian New Wave

Op-Ed | In Defence of Milan and the Italian New Wave

MILAN, Italy — Is Milan really becoming a boring fashion week full of nothing but ugly clothes? Are we really losing that sense of beauty ingrained in the Italian design DNA? A recurring narrative being circulated in certain corners of the media would have us believe that there is nothing but negativity on the catwalks of Milan. Yet such sweeping Milan-bashing is masking a whole new wave of Italian talents — many of whom are going through a period of quietly beautiful creative resurgence.

A latter day Italian Renaissance is flourishing thanks to a generation of designers based in Milan, which remains an ideal base to find manufacturers, distribution and communications expertise. 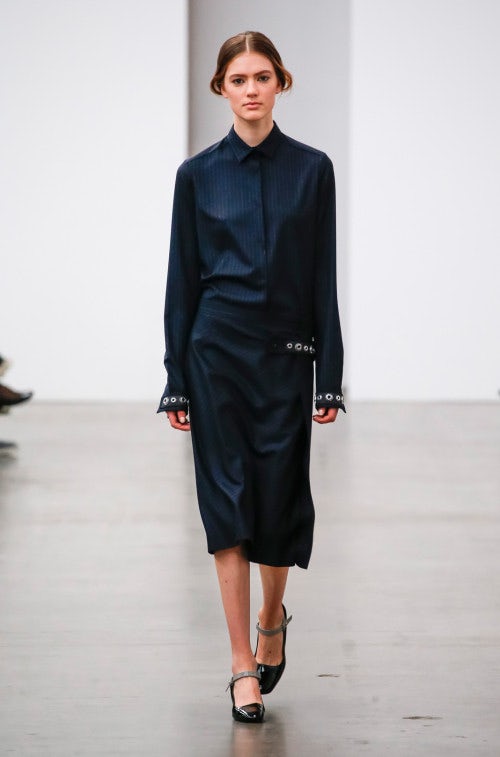 For editors on the hunt for newness, I suggest they have a look at this next generation of Italians: many of whom are coming from the ‘Who is On Next?’ contest organised by by AltaRoma and Vogue Italia, which has just celebrated 10 years.

Some are already well known, such as Stella Jean, the Roman-Haitian designer who was the first cherry-picked by Giorgio Armani to show at his theater in 2013. New blood has been injected into Italian fashion DNA by Gabriele Colangelo and the Aquilano Rimondi duo who both show in Milan. Marco De Vincenzo, whose work after many years has been noticed by LVMH along with Andrea Incontri and Andrea Pompilio, have been able to develop their own label while also working as creative directors for major brands.

In the accessories segment, Giancarlo Petriglia and Benedetta Bruzziches are two artisans and entrepreneurs revamping art and craft traditions with a modern twist. They are good example of the new “Made in Italy” — and on this theme, I recommend Marco Magalini’s  “Il nuovo made in Italy” (published by Giubilei Regnani), which tells 12 successful stories of vibrant young Italian creatives to be discovered.

All of these Italians are fighting to support their own companies, betting on a ‘Made in Italy’ production, which is expensive, but a symbol of high quality without any kind of economic support from government institutions.

Talented international names have chosen to be based in Milan too — as is the case for the Brazilian Paula Cademartori and the Viennese Arthur Arbesser. Arbesser, who founded his label in 2012 has been training under “King Giorgio” [Armani] and earlier this year was chosen as one of eight finalists of the prestigious LVMH Prize 2015. Another Milan based talent synonymous with a classical pure aesthetic is Angelos Bratis, who joined the coterie of newcomers selected by Giorgio Armani.

However, lesser-known designers in Milan often suffer from a lack of exposure to international press and buyers, because they show on the final day of fashion week when significant industry figures have already left for the start of Paris. This season for example, I found the collections of Leitmotiv, Alberto Zambelli, San Andres Milano and Fatima Val, a Russian designer who decided to produce in Italy very interesting. But it was a big shame that there were just a few of us attending these shows in the Versace Theatre. 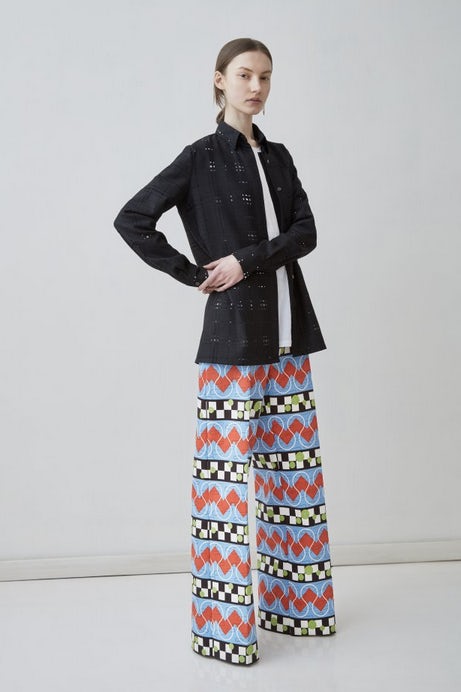 The roster of collateral events in Milan also play a significant role in to providing emerging Italian and international designers with exposure and endorsement. The Vogue Talents Corner showcased at Palazzo Morando and cohosted by Vogue Italia and thecorner.com, is an incredible source of inspiration for those looking for new ideas and avant-garde design. The city’s three major trade shows White (organized by M.Seventy), Super, (powered by Pitti Immagine) and MiPap (by Fiera Milano) also provide excellent opportunities for designers. White, the international showcase of contemporary fashion has supported many talents now under the global spotlight, from K.T.Z. to Henrik Vibskov, Marques'Almeida, and Nasir Mazhar (shortlisted for the LVMH Prize) to Augustin Teboul, now winner of the Woolmark prize. Pitti Immagine is also putting effort into growing Super, a fair devoted to women’s prêt-à-porter and accessories, where the talents area features designers from such ‘emerging’ fashion nations as the Philippines and Nigeria.

Without taking such events as these into consideration, I think it is difficult, if not impossible, to evaluate the creative potential of Milan as a whole. Far from being boring, Milan is full of unpredictable and spontaneous elements just waiting to be discovered. If the fashion industry’s international leaders were able to make just a little more time to investigate Milan’s hidden beauty, then it would no doubt reaffirm the city’s reputation as an indispensable fashion capital, where creativity meets industry and communication.

Federico Poletti is founder and editor-in-chief of manintown.com and maglifico.com.