Colin McDowell gets an inside look at the making of “Alexander McQueen: Savage Beauty” at London's Victoria & Albert Museum.

LONDON, United Kingdom — “Alexander McQueen: Savage Beauty,” which attracted a record-breaking number of visitors to New York’s Metropolitan Museum of Art in 2011, making it the most popular fashion exhibition in history, touched down at the Victoria & Albert Museum in London last week, in what was nothing less than a spiritual homecoming of epic proportions. "London is where I was brought up. It's where my heart is and where I get my inspiration,” said the late ‘Lee’ McQueen in January of 2000.

But was McQueen’s work of sufficient significance to merit not one, but two major exhibitions at cultural institutions of this calibre? 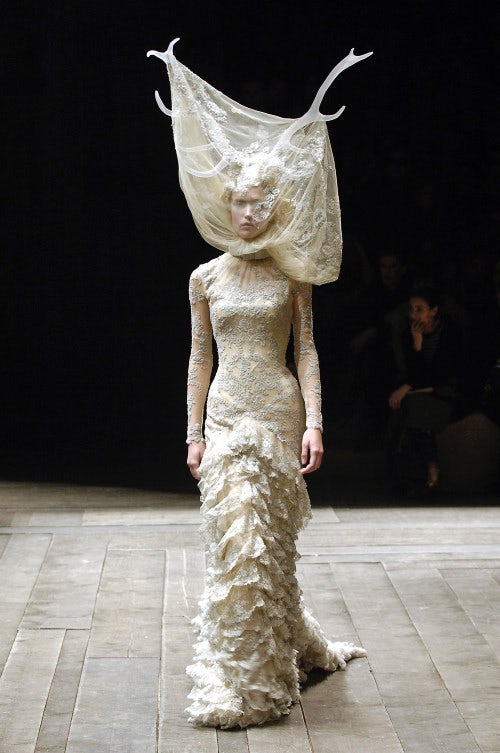 Claire Wilcox, curator of the V&A exhibition (who worked alongside Andrew Bolton, the exhibition’s original curator) said the museum viewed McQueen’s work as art. “[Savage Beauty] has three big galleries. We have never given three galleries to a fashion exhibition before. And the exhibition certainly merits it,” she said. “The show Andrew Bolton created for the Met was totally brilliant. It had freshness and an emotional frisson, but what we are doing is exceptional on many levels. We have enhanced the original show by giving it space,” she continued. “We have also made subtle modifications to the Met show to include the perspective of time passing since McQueen’s death. It is the Met, but enhanced for another city, another time, another mood."

Wilcox gives me an insider's look at how much work goes into an exhibition of this scale. "We have been repairing garments and dressing figures since autumn," she confided. "We have treated his work with respect and understanding in every way. We need up to seven people to move just one piece. After all, we view this exhibition as a historical survey of a career.”

The career of Lee McQueen is beyond compare. Literally, no one approached dress as he did. Almost like tracking the animals and birds that meant so much to him, he would stalk an idea instinctively. But upon entering the exhibition, the first thing that strikes you is not just the beauty of the clothes, but the way in which they are displayed. 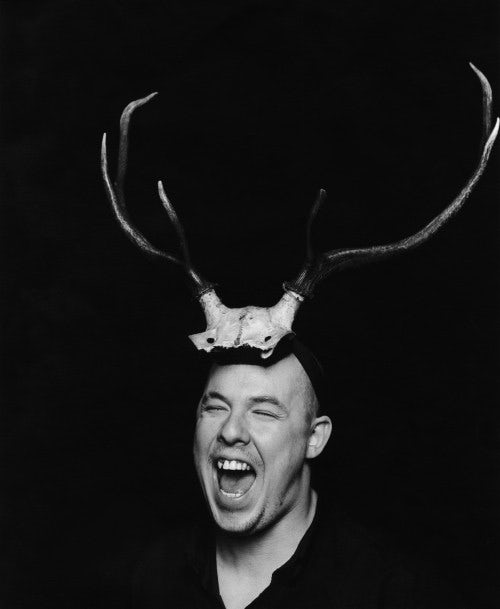 Each room of the show has its own carefully crafted synergy between clothes and setting, providing a three-dimensional walk through the many complex elements of the designer's imagination. And as I progressed through the exhibition, my admiration for its curatorial tour de force grew and grew, until I came to the show’s central room, called the “Cabinet of Curiosities.” It is absolutely the jewel in the crown of the entire enterprise. It says in brief everything about McQueen's creativity we need to know and should really be made a permanent feature of the V&A for the way it successfully delivers on McQueen’s famous comment: “I’m going to take you on journeys you've never dreamed were possible.”

“The public are fascinated by McQueen and eager to find out more. We are giving them the full experience of seeing the clothes up close. We are also recreating the atmosphere of the actual shows,” said Jonathan Akeroyd, chief executive of the Alexander McQueen brand, which collaborated closely with the V&A on the exhibition.

I hope that the fecundity of the designer's imagination will make visitors to the V&A think about the link between beauty and horror, as the designer himself did. Indeed, this exhibition is about so much more than beautiful clothes. And, in my opinion, it shows a line of thinking that should really be picked up and developed.

My answer to the question I posed at the beginning of this piece is, I hope, clear: Alexander McQueen deserves a major exhibition such as this — and so do we.