Too many luxury brands are still not thinking strategically about the category — at their own peril, argues Isabelle Dubern.

Too many luxury brands are still not thinking strategically about the category — at their own peril, argues Isabelle Dubern.

PARIS, France — When I first interviewed for the job of creative director of Dior Maison, the French megabrand’s homeware and decorative objects offering, I suggested quite boldly that the growth of the category would soon lead Dior clients to spend more on Dior Maison than yet another It-bag.

Today, decorative design is everywhere, not least on Instagram where everyone from successful entrepreneurs to digital influencers can’t seem to stop posting images of trendy hotels, dinner tables and flower arrangements. The opportunity has certainly not been lost on fashion and luxury brands who are actively tapping the luxury end of a furniture and homeware market worth $113 billion this year. Labels like Armani, Versace and Hermès now present homeware collections at glitzy stands, galleries and historical homes during Milan Design Week and Maison et Objet.

Some have chosen to work with licensing companies like Luxury Living Group, which produces homeware under brands like Fendi, directly manages 10 Luxury Living showrooms and sells to over 300 wholesale accounts. Others, like Hermès and Dior have grown their home accessories lines in-house. But by and large, sales of homeware still make up a very small slice of overall revenue and the category is not getting the attention it deserves from top management.

The temptation to recycle existing products under the umbrella of a luxury label can be strong. In some instances, home decor retailers like The Conran Shop have offered the same products as designer brands, sourced from the same craftsmen, at half the price. The only real difference is the label. But a brand’s equity is at serious risk if its home collection is out of sync with its aura or product sourcing is mediocre, resulting in a collection of undifferentiated pieces sold at artificially high prices.

Sales of homeware still make up a very small slice of overall revenue.

Licensing, done well, can be successful, but the approach can also come at a cost to brand integrity. One cannot but notice the difference, for example, between the stunning private rooms above Fendi’s Rome flagship — artfully decorated and furnished by Italian design stars Dimore Studio under the educated guidance of CEO Pietro Beccari — and the successful commercial furniture line developed by licensee Luxury Living.

And yet most fashion houses have great legitimacy in the homeware category. Many great designers have shown their love for the decorative arts, including Paul Poiret, Jacques Doucet, Gabrielle Chanel and Calvin Klein. Monsieur Christian Dior dedicated a whole floor to home accessories and gifts from the very opening of its couture house. Giorgio Armani is known to be a passionate collector of Art Deco furniture and Armani Casa strongly reflects this.

What’s more, there is real craftsmanship to home products, which offer no less satisfaction to their purchasers than iconic handbags, generally keep their value for longer and sit outside the hectic rhythm of the fashion cycle.

Home accessories collections, when they go beyond home and tableware into a broad home and lifestyle concept, developed with a strong bias for craftsmanship excellence and creativity by dedicated teams who are passionate for architecture, art and interior design, can allow fashion brands to show a different facet of themselves; a more peaceful, timeless and perhaps less superficial image. Hermès excels at this. For my part, when at Dior Maison, I humbly followed in the footsteps of Monsieur Dior who was a noted gallerist prior to becoming a couturier, and initiated a number of collaborations between artists and the best European artisans. 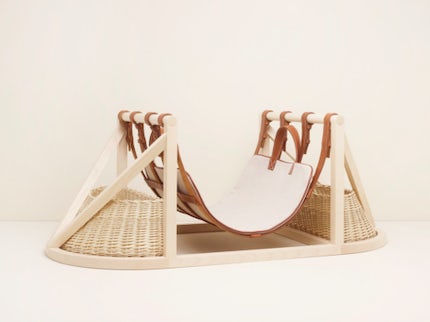 Other top names are well aware of the image benefits of a well turned out homeware line. During Gucci’s recent press launch for its forthcoming furniture and accessories collection, Alessandro Michele confided that he nearly quit fashion in 2014 to become an interior decorator. Although quite limited in scope, his home collection is both in sync with the maximalist trend now visible in the design world and consistent with the brand’s new style. But the jury is still out as to whether the move marks a genuine push into the home category or simply an image-building capsule. For its part, several years after producing its noted “objets nomades” furniture collection, Louis Vuitton has also recently launched a homeware line, albeit still quite limited and centered around gifting.

Of course, the world of interior design is very different from the world of fashion in its pace, its distribution networks and its margins. That is the main reason why most luxury and fashion groups have only dipped their toes in the category.

Indeed, too many brands are still treating homeware as if they are stuck in the 1980s: an easy category to make money from, with products easily sourced and stamped with their name. This is in sharp contrast to the talented crop of interior designers — from Tristan Auer to Pierre Yovanovitch — who have emerged in the past 4 or 5 years, are extremely media savvy and increasingly appreciated by the same consumers the luxury groups are after. The category deserves better.

Isabelle Dubern is the co-founder with Anna Zaoui of The Invisible Collection, a designer furniture e-tailer, and was previously creative director of Dior Maison, the French fashion house’s homeware and decorative objects offering.