NEW YORK, United States — In 1964, the New York intellectual Susan Sontag wrote an essay titled Notes on Camp, in which she described a mode of an aesthetic experience, one that took pleasure in the surface of things, a sensibility enamoured of the artificial, the exaggerated, the theatrical that often turned bad taste into something to be enjoyed at a self-conscious, ironic remove, characterised by the now-familiar phrase, "It's so bad, it's good."

Sontag was commenting mainly about art, but her observations were relevant to all kinds of cultural artefacts, including clothing. Camp spilled over into the fashion industry in the late '70s and early '80s when the likes of Jean Paul Gaultier, Claude Montana and Thierry Mugler brought their bombastic aesthetic to the Paris catwalks, supplanting the seriousness of Christian Dior, Yves Saint Laurent and Cristobal Balenciaga. Their generation was ready to have fun, to look at fashion with a wink, the same way they were already looking at art. They were followed by the Italians — Gianni Versace and Franco Moschino in particular — and then by John Galliano with his own brand and at Givenchy and Dior. 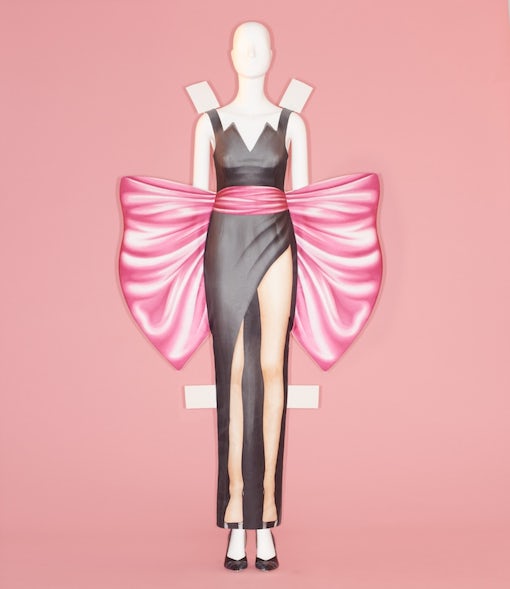 Camp took a hit in the '90s and '00s with the ascendance of the Japanese designers Yohji Yamamoto and Rei Kawakubo, the Belgians Ann Demeulemeester and Martin Margiela and the German and Austrian minimalists Jil Sander and Helmut Lang. But it never fully went away: Walter van Beirendonck, Jeremy Scott and Bernhard Willhelm all dabbled in Camp, and even some of the "serious" designers listed above would sneak in bits of Camp here and there.

Today, we can see Camp in the over-the-top collections of Jeremy Scott's Moschino, and to some degree in Demna Gvasalia’s Vetements and Balenciaga. This week, The Costume Institute at the Metropolitan Museum of Art is giving Camp fashion a large-scale show, Camp: Notes on Fashion.

But herein, there is a danger that the Camp sensibility is going extinct. Sontag herself may have inaugurated its slow death with her essay, and she expressed her guilt in the following lines: "Any sensibility which can be crammed into the mould of a system, or handled with the rough tools of proof, is no longer a sensibility at all. It has hardened into an idea." And a major museum show is certainly one of the things that can harden a sensibility into an idea by — perhaps inadvertently — providing a mechanism for turning any mode of aesthetic appreciation, or simply put, taste, into an ossified, paint-by-numbers substitute.

Camp, for all its preoccupation with surface, is a sensibility that is fairly attenuated and elusive.

The Met exhibit is underwritten by Italian megabrand Gucci, and you can expect plenty of Gucci on display. On the surface, Gucci’s current incarnation seems pretty campy — it deals in artifice and flamboyance. But is it really?

Sontag distinguishes the difference between "naive" and "deliberate" Camp. Alessandro Michele’s Gucci is certainly not serious while also being extremely self-aware — two characteristics that disqualify it from being "naive" Camp, or unaware that it is Camp. On the flip side, Gucci — unlike, say Scott's Moschino — lacks the kind of purposeful, artificial grandeur of Gaultier or Galliano, which means it fall short of being “deliberate” camp. 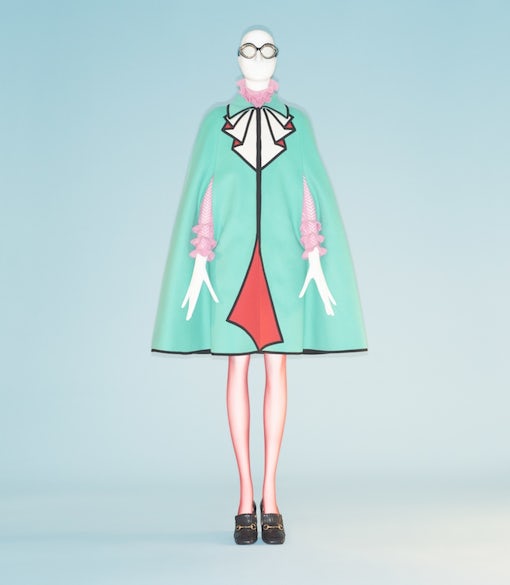 And then there is the problem of Gucci's audience.

Camp, for all its preoccupation with surface, is a sensibility that is fairly attenuated and elusive. Paradoxically, it requires from its audience a certain level of cultural knowledge and "good" taste, so it can then voluntarily and gleefully subvert it. And while Michele arguably captured a sophisticated audience during his first couple of seasons at Gucci, today the brand’s sensibility has become a wildly popular and is consumed by the masses. Indeed, it's doubtful that most of Gucci’s customers buy it for its Camp value.

The Met museum, increasingly a venue for mass entertainment, now finds itself in a position similar to that of the exhibit's sponsor. According to the American Alliance of Museums, US museums draw more 850 million visitors each year, a whopping 40 percent more than major league sporting events and theme parks. Which is great on the surface, but less thrilling when you consider whether the masses visit museums to view art in a considered way or simply to ogle (and Instagram). Anecdotal evidence points to the latter.

Whether you like it or not, Camp is not for everyone. Or, put another way, there is something intrinsically subcultural about it. Sontag said so herself, by describing Camp as a mode of appreciation that is "esoteric — something of a private code, a badge of identity even, among small urban cliques." In a way, to democratise Camp is to kill it. Camp: Notes on Fashion may be doing just that.

Eugene Rabkin is the editor of StyleZeitgeist magazine.

Op-Ed | The Rise of the Fashion Hipster