Op-Ed | The Muslim Fashion Market Is Not a Monolith

The fashion industry is beginning to better understand and value Muslim consumers but there is a risk of alienating a diverse market by lumping them all together.

ATLANTA, United States — While fashion’s attempt to market to the Muslim demographic may appear admirably inclusive, brands run the risk of excluding important variables that help make the global Muslim community the extraordinarily diverse market that it is. Like any other demographic, nationality, age, economic class, culture and education level all play an essential role in understanding how they behave.

Although there are many marketing strategies in fashion that appeal to modest religious groups, the largest religious segment that fashion is currently targeting are Muslims. According to the Pew Research Center, Muslims are the fastest growing religious group in the world, estimated to increase the population of the Islamic faith by 70 percent in the next 40 years.

In a recent Thomson Reuters State of the Global Islamic Economy report, Muslim consumer spending on apparel topped $243 billion in 2015, with an expected increase to over $368 billion by 2021. As a result, some fashion companies and brands are increasingly recognising the scale of opportunity that could stem from better connecting with such a prosperous consumer segment.

“Fashion recognises the growth of the Muslim demographic, so much so that fashion has created a field specifically for Muslim marketing,” says Reina Lewis, professor of cultural studies at London College of Fashion and author of Muslim Fashion: Contemporary Style Cultures. “The professional marketing field has had their part in encouraging all industries to include Muslims in their consumer segmentation, due to Muslims’ primary locations in emerging markets”.

In recent years, brands including Dolce & Gabbana and Marks & Spencer have visibly catered to modest dressers in the Muslim community. But by aggressively attempting to reach one particular segment of the Muslim market, brands may inadvertently lose others who don’t personally identify with modesty wear-advertising or the style of certain targeted products.

The commercialisation of the Muslim group could eventually mistake religious practices with material consumption.

For instance, countries like Indonesia — home to the largest Muslim population in the world, boasting 12 percent of the world’s Muslim population, have little in common with the fashion preferences of Muslim populations like Saudi Arabia and UAE. When considering the colourful vibrancy of Indonesian Islamic dress, and the darker monotone of Islamic dress in the Gulf region, brands should be aware of the exclusionary regional effects that segmentation could present to Muslim consumers.

“The commercialisation of the Muslim group could eventually mistake religious practices with material consumption”, says Lewis. “It could potentially create this idea that, ‘In order to be a part of this group, to identify with it, I have to be fashionable.’ In other words, it can potentially price people out of religious participation.”

According to Ogilvy Noor, an Islamic consulting agency, over 90 percent of Muslims says their religion affects their consumption habits. However, when comparing the variables of age, economic class, and education, not all Muslim consumers have the same spending habits or fashion preferences.

Some Muslim Millennials believe that their faith does not have to be compromised when it comes to fashion and beauty. "For a long time, Muslims felt disregarded by the fashion industry. That is, until many Muslim designers and fashion bloggers, who love fashion but want to honour their spiritual practices, started to speak up," says Lewis. "Women, in particular, aren't afraid to express their desire for modesty while recognising their admiration for beauty.”

According to the Pew Research Center, Muslim Millennials are responsible for a larger percentage of the spending in the Muslim community and are more inclined to spend their money on fashion and beauty as a way of expressing their individual identity or creativity. 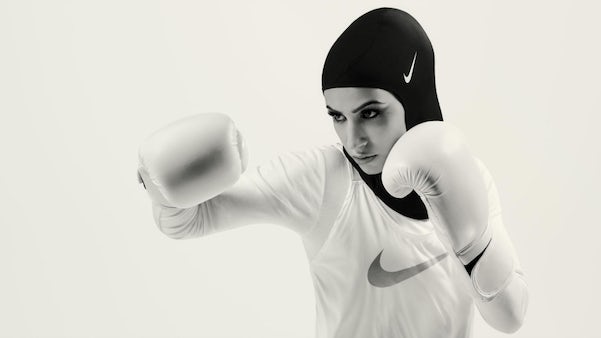 Conflating diverse sub-segments of the market into a monolithic market isn't the only risk fashion brands should take into consideration. Authenticity is another risk. If a brand is merely duplicating Muslim garb but not genuinely taking time to understand the substance and meaning behind the clothing, the brand may forfeit its chance of connecting with the Muslim demographic.

“I think there are negative impacts when religious consumers feel that companies are purely in it for the money and have presented poorly executed products,” says Sarah Elenany, a British Muslim designer who caters to the modest fashion market and launched a streetwear-influenced label in 2009. “This creates suspicion and weakens brand loyalty,” she continued.

Nike, for example, released an unprecedented “Pro-Hijab” marketing campaign in the beginning of 2017 that not only raised awareness of Muslim women athletes, but also marked Nike’s shift toward the Middle East for its market expansion. Their campaign was followed by the release of its first hijab collection in December 2017. “Brands are showing less fear of association with ‘something Islamic’ and producing more market-right products”, says Elenany. “Hijab-wearing women want to be able to participate more readily in sport, where products give them the ability to perform without compromise”.

However, even further recognition of modest needs in product lines can tap into complex global discussion. For example, in 2013, World Hijab Day was launched as an annual event with the intent of encouraging women of all religions to wear and experience the hijab. The launch of this movement was countered with a viral hashtag opposition, #nohijabday, started by Muslim women who chose not to wear the hijab.

If fashion brands segment Muslim consumers it increases the risk of alienating the very consumers they’re attempting to include.

If fashion wants to expand its market to include groups identified initially on religious grounds, it has to be attuned to the diversity within these groups. If fashion brands segment Muslim consumers – or any religious consumer – it increases the risk of alienating the very consumers they’re attempting to include.

Fashion brands should remove the segmentation prospective from the marketing strategies and focus on inclusion through modest fashion. “Modest fashion will always be in fashion,” says Lewis. “There is more choice in modest fashion and consumers appreciate how versatile it can be in the workplace, religious gatherings, and other community occasions”.

When considering milestones like London’s first ever Modest Fashion Week in February of this year, coupled with the popularity of online selling platforms like The Modist, modest fashion has experienced success not only in the Muslim community but also in communities of modest fashion consumers around the world. “Being able to dress physically in a such a way whereby Muslims can be perceived by others as ‘modern’ and ‘one of us’ is empowering”, says Elenany.

The best way to capitalise on modest fashion’s versatile role is by understanding the diversity of Muslim consumers. Rather than segmenting Muslim garments from other forms of clothing, include the wardrobe offerings in the same retail stores, online platforms, and social media advertising as you would modest clothing and any other categories of clothing like streetwear, formalwear, and business attire.

“Religious practices and fashion have always been considered separate”, says Lewis. However, if fashion has any shot at successfully marketing to a Muslim demographic, it has to do its homework. “Brands have to take time to understand the religion before it can market to its followers,” she continues. 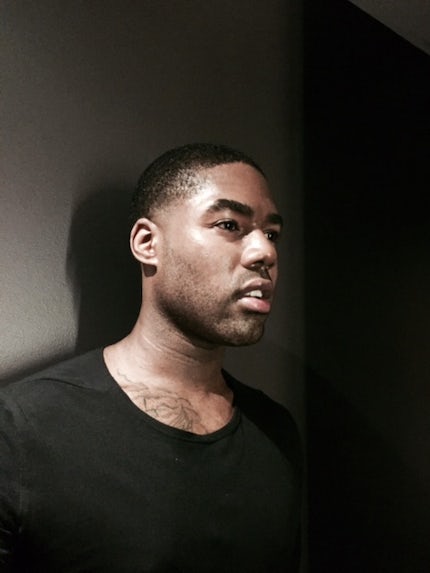 "For centuries, fashion has been used as a creative form of nonverbal communication. Its unmitigated affects has evolved into a universal expression that connects people from different cultures and different beliefs. As a psychology student, “enclothed cognition” - the ramifications of fashion’s influence on the human psyche – has led me to delve deeper into fashion’s psychology. Fashion Psychology is the study of fashion’s influence on human behavior, as well as the understanding of how human behavior influences fashion and its production. In this imperceptibly new field of psychology, basic psychological research is intertwined with neuroscience, marketing, design, and creativity to understand why clothing has such a powerful influence on how consumers feel.

BOF’s Future VOICES initiative gave me an opportunity to express the importance of psychology’s relationship with fashion.  My thanks to the BOF team and Imran Amed for believing the future of creativity. My passion is to use psychology as a gateway into creative expression. My hope is that the work and research I articulate through my writing and consulting will benefit both the fashion industry and consumers."
The views expressed in Op-Ed pieces are those of the author and do not necessarily reflect the views of The Business of Fashion.