NEW YORK, United States — How do you make a print magazine that launched in 1939 relevant in 2018?

Samantha Barry, Glamour’s first new editor in 16 years, just unveiled a redesign that she’s hoping will do just that. “It’s a visual punch to the audience to say, we’re changing, we’re trying something different,” she said. “[It’s] a signifier that we’re going after different areas editorially.”

The new look includes a dramatically different logo, new cover line type and a stark colour palette. “I’m not the biggest fan of pink, if I’m being honest,” Barry said.

The magazine business, facing digital disruption, has seen more editor-in-chief turnover at major fashion titles in the past two years than in the preceding decade, and an equally high number of redesigns. New editors naturally come with a different eye than their predecessors, along with the desire to brand their arrival with a new look. In addition to Glamour, Vanity Fair, British Vogue, InStyle and Elle have all released redesigns over the past year and a half.

Until the early aughts, a new editor with a new vision and a new look could drive explosive growth in readership and ad revenue.

Tina Brown writes entertainingly in “The Vanity Fair Diaries” about how, in the '80s, she turned Vanity Fair into the kind of juicy conversation starter that left media consumers craving more. Under Brown, who dramatically redirected both the title’s visual identity and content mix, the magazine gained a staggering million readers while advertising pages more than doubled. Pleased with her work hamming up the cover lines in one 1986 issue, she says, “Try not reading that, newsstand browsers!”

But today, when print-driven titles face the near-impossible task of competing with mobile phones, achieving this kind of success has little to do with print redesigns and much to do with creating highly addictive stories, videos and audio series that will break news and shape the conversations people are having online. 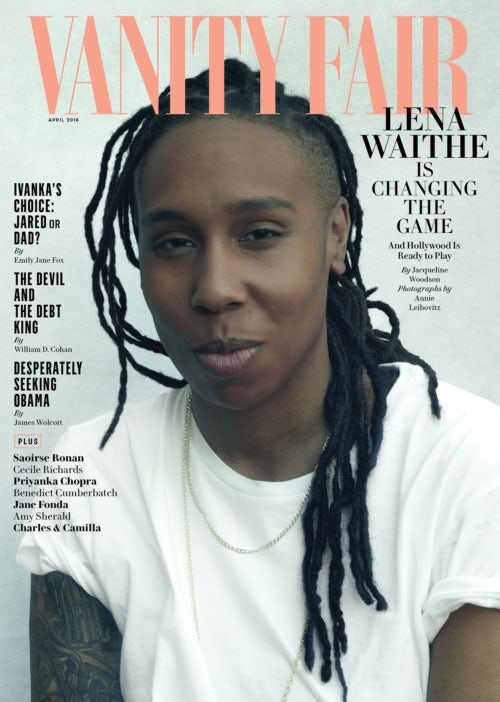 Yet editors-in-chief are still chasing newsstand success. This is probably for two main reasons: one, print ad sales are still the primary driver of revenue at old media brands, and newsstand performance has historically impacted advertising metrics. And two, unlike Barry, who worked as executive producer for social and emerging media at CNN, many editors come from the world of print media and simply don’t know how to create an impactful website, so they focus their energy on creating a print product the same way they have for decades.

Barry’s Glamour was also redesigned with the web in mind. “I wanted something that would stand out on social and digital, and I think the logo does that,” she said. Though cropping actress Melissa McCarthy’s body out of the cover image attracted criticism from women craving more diversity in size and shape, Barry said this was done to make the image feel like a selfie: “I want the covers to feel up-close and personal.” (McCarthy was booked before Barry started in her role.)

Barry said she was watching metrics like time spent and engagement with both the website and the print magazine, on which she commissions consumer research to complement newsstand sales data.

The last time Glamour introduced a new look, it seemed to hurt newsstand. Toward the end of 2016, media industry veterans were shocked to see the magazine’s single copy issue sales numbers dip below 100,000 each month (the one exception was the September 2017 issue, featuring Blake Lively, which sold 111,400 copies in print). The November 2017 issue, featuring Zendaya as its cover star, sunk to a shocking low, selling just 48,000 copies at newsstand, according to the Alliance of Audited Media. Many thought the magazine’s heavy use of hard-to-read, graffiti-style fonts for its cover lines had something to do with this precipitous decline.

However, it’s hard to blame this failure on her redesign, when magazines that increased readership from 2016 to 2017 were the exception rather than the rule. The brand’s bigger problem is that its website has failed to generate consistent buzz or attract a large readership, with only 6.38 million visitors in March of this year, according to SimilarWeb.

Sales figures for 2018 issues aren’t available yet, so it’s too soon to tell how Glamour, Vanity Fair and Elle’s redesigns will fare in terms of print sales. But even if none of the stories in these recent issues send newsstand sales soaring or break the internet, the one good thing is that the executives upstairs seem more willing to do things differently in the spirit of test and learn.

“It’s 2018, and, in publishing, there is this appetite for experimenting,” said Barry. “Do I think I would have been allowed to come in 15 years ago and do a complete redesign — would it have been harder? Yeah, it would have been.”