LONDON, United Kingdom — The gift of reading is often a literal one at this time of year. As the holiday season returns, there are several titles that are a pleasure for fashion lovers — or those buying Christmas presents for them — to look at and to own. Below, BoF columnist Colin McDowell brings you his biannual list of the recommended fashion tomes that make for intriguing holiday reads. So, take a break, put away your screens and delve into the minds of some of fashion’s greats from Yves Saint Laurent to Richard Anderson.

This lively anecdotal account of the history of makeup, from ancient times to the present, is a cultural stimulant of an area of fashion that is every bit as important as garments are to women of style. 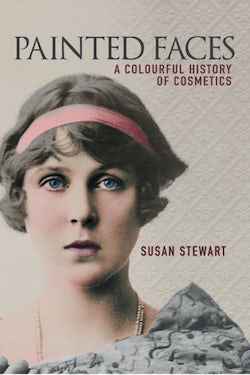 Because perfume and pomades were much cheaper than clothing, they have been a great obsession with women throughout history — and I do mean obsession. Considerable amounts of money were spent on the latest inventions and treatments, many of which, as author Susan Stuart highlights, were not only very dangerous but frequently lethal.

However, we also easily forget that in most of Europe, where taste and propriety sprung from the Great Courts, including those of British monarchs such as Queen Elizabeth I, men were as eager to stay as young and attractive as women, and were just as finicky about their appearance, giving poets, satirists, playwrights and pamphleteers great scope for barbed satire.

Painted Faces is a well-researched and highly written examination of the follies and dangers of using untried preparations in desperate attempts to “cleanse the sweaty and sluttish complexion” and using brimstone and mercury in the belief that they would help either sex to stay young, although it often had serious consequences, including death. The self-deception of vanity. 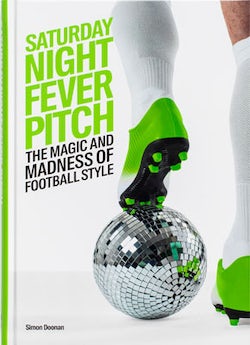 Not all fashion folk would consider a wet Saturday evening and the latest issue of Vogue to cuddle up to in a designer chair as heaven. A perhaps-surprising number from both sexes will brave the weather to go and support the sports team to which they give a loyalty more lasting than that given to their favourite label.

This book is for them, but also for the people like me, who are in no way followers of the game, but enjoy something that sends up the teams, the stars, the styles and the hype. Nobody can guide us better than Simon Doonan, the creative ambassador for Barney’s New York and a frequent television personality on both sides of the Atlantic.

In this tome, he examines all of the elements of football, including the players. Overpaid and over-privileged, the world adores them — and so does Doonan — but he can smile at their childlike “I want it now” desire for something a little more lasting than the hysteria of scoring a goal in the last minute of extra time. That includes expensive hardware like cars, private planes, watches, large houses and even estates — although none of them especially tasteful and not all especially lasting.

Although Simon pokes fun at the football world, he knows its value and a player like Cristiano Ronaldo has more fun and probably more money than many fashion stars.

Making the Cut (Thames and Hudson) 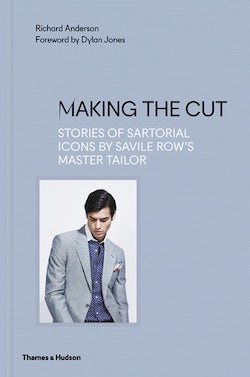 Richard Anderson is something of a connoisseur's secret. As discrete as the Savile Row that spawned him, he was a key figure on the fabled London Street, thanks to the modernity of his cut, originality in fabric and skill in taking the traditional basics of “gentleman’s tailoring” and making it young, forward-looking and glamorous.

In 2001, Anderson and his colleague Brian Lishak decided to leave Huntsman, one of the Row's most prestigious establishments, and set up on their own business, a bold step they have never regretted. Tactfully and gently, they offered a new sort of tailoring that was younger while adhering to the high standards they learnt at their old firm. Their designs were adventurous in cut, with an emphasis on fabric and colour, but never garish and able to be worn with dignity by men of any age. Not to mention, there is a certain confidence that only a perfectly cut patchwork suit or a single-breasted asymmetric gabardine coat in lilac can bring.

While this is a beautifully written and designed book, it is also much more. For anyone thinking of a career in bespoke menswear at its highest level, this is the essential primer. For the rest of us, it is an engaging account of a world that to many erroneously seems arcane and daunting, if not terra incognito.

Yves Saint Laurent: Dreams of the Orient (Thames and Hudson)

The library of books devoted to Yves Saint Laurent is getting full, so a new book about any aspect of his career has to give us something different if it is to earn a place. Dreams of the Orient does exactly that. 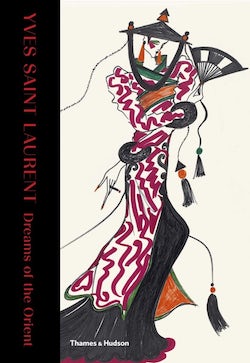 This is a book that intrigues, informs and delights with every page, devoted to Saint Laurent's love affair with the Orient and how traditional costumes, colours and even proportions worked on his imagination. The region’s impact was palpable not only on the designs of his clothing, but it also stimulated him to create Opium, a rich and heady fragrance, considered too heavy by many — although just as many are fans of its sexiness, including the packaging, which resembles a lacquered Chinese box.

This generously illustrated book explains the influence of the exotic, which was with Saint Laurent all his life from the time he first discovered the “Ballets Russes” in his youth. Dreams of the Orient is intelligent, well-documented and comprehensive. In addition to the exceptional texts written by experts and academics, it includes the catalogue of an exhibition — Liase Revee D’ Yves Saint Laurent — that will be exhibited in January 2019. For students and lovers of fashion drawings, Yves’ illustrations within this tome are inspirational. 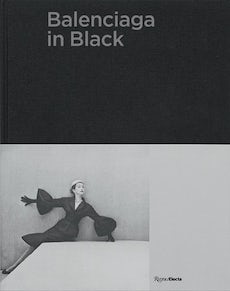 The level of sophistication at blockbuster exhibitions, which have almost become a cliché in the art and fashion world, can be taken for granted (those mounted annually by the Met Museum are talismanic). But smaller and very less wealthy venues can also produce outstanding scholarly shows.

Balenciaga in Black is a good example. Following an exhibition first shown at Musee Bourdelle in Paris and now at Kimbell Art Museum in Fort Worth through January 2019, the book is accompanied by a catalogue that is a virtual primer of haute couture, with introductions to each section — Sketches and Constructions; Silhouettes and Volumes; Black and Light, to name a few — written by experts ranging from Olivier Saillard to Gaspard de Masse and Véronique Belloir. It also has a glossary of terms and contains photographs not seen before.

Nothing is Lost: Selected Essays of Ingrid Sischy (Knopf)

Ingrid Sischy, who died in 2015, was a polymath of the pen, able to write critically, intelligently and engagingly, across several different disciplines including photography, art, fashion and film (all of such genres are included in this elegantly designed choice of her work) for The New Yorker, T: The New York Times Style Magazine and more. 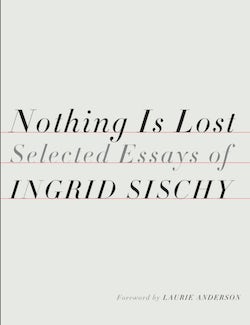 In the 80s she held the post of editor in chief of Artforum for eight years, making it one of the world's most important magazines devoted to modern art. She then moved to Interview magazine, where she held the same role, lasting for 10 years, before becoming consultant editor of The New Yorker, followed by her last role as a contributing editor to Vanity Fair, a post she held until her death.

Nothing is Lost is a rich and full selection of some of Sischy’s best work over those years. Although well known and respected in fashion circles, her essays on other topics, which were perhaps nearer to her deep interest, have a gravity and analytical approach. Her analysis of photographers, such as Lady Clementina Hawarden from the mid-Victorian era, is highly perceptive. She is also good on the question of censorship and the responsibilities taken on by museums and art galleries, which show the works of Robert Mapplethorpe, Bob Richardson and other taboo artists.

Footed with artists like Jeff Koons and Francesco Clemente, but surprisingly lacklustre with fashion designers such as Calvin Klein and Miuccia Prada, Nothing is Lost is a valuable selection of the work of a person of integrity and seriousness — but not without humour. Sischy died far too young, but her work will last without losing its value. This is a choice read for those keen to delve into her impressive legacy.