Under the Radar in Antwerp

In town for the Flanders Fashion Institute’s “Fashion Talks” conference, Imran Amed reflects on the fashion ecosystem that has taken root in Antwerp.

ANTWERP, Belgium — With a population of about half a million people, Antwerp is not a large city, nor is it a particularly cosmopolitan one. In some parts of town, Antwerp has a kind of sleepy, post-industrial feel to it, with large swooping cranes and expansive warehouse spaces in the city's seaport, one of the largest in Northern Europe.

But in fashion terms — more than 20,000 people work in Belgium’s fashion industry, worth more than 7 billion euros a year — Antwerp is a veritable Mecca and has all of the key elements of a thriving fashion ecosystem that helps to attract, educate, and train young fashion designers and incubate their new businesses. 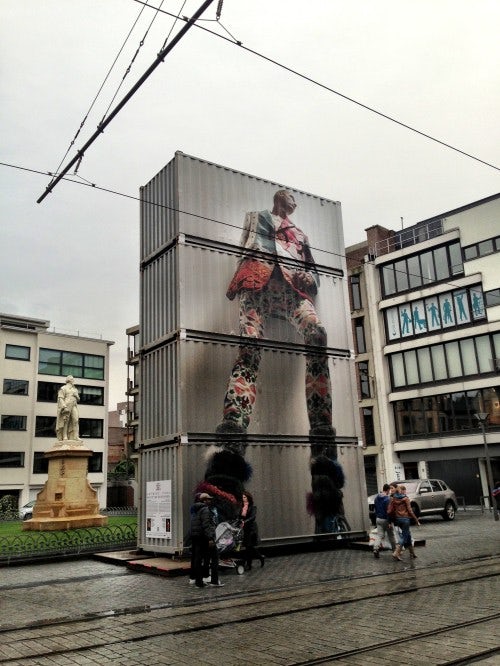 And then there is also the Flanders Fashion Institute (FFI), an organisation that enables and promotes the Flanders fashion industry and which, last week, invited me to speak at Fashion Talks, a conference bringing together fashion experts and commentators — from Style.com's Tim Blanks and BoF columnist Pierre Mallevays to former LVMH executive Concetta Lanciaux — to discuss and debate the current state of the fashion industry in Belgium and beyond.

My last visit to Antwerp was back in June 2009, a trip which left me incredibly inspired. So, Fashion Talks seemed like the perfect reason to return. And right upon my arrival, I was immersed in all that makes Antwerp such an interesting place for any follower of fashion.

Veerle Windels, one of the country's most respected fashion journalists, who kindly took me on a whistle-stop tour of the city, said that one of the reasons the “Antwerp Six” were able to create clothing that was so different to what was happening in the world’s primary fashion capitals was because they weren't weighed down by heritage. They could create genuinely new things because they were starting from zero.

It shows in the variety of aesthetics that have come to define each of their brands. From Walter van Bierendonck's colourful and playful point of view to Dries Van Noten's signature prints and embellishments to Ann Demeulemeester's monochromatic, slim silhouettes, the designers may have come from the same fashion school, but their signatures were miles apart.

Today, this sense of originality has also seeped into the city's retail scene, which is especially varied and interesting for a city of this size, and everywhere you look, there is creativity, reflected in subtle but sophisticated ways. In a world where the same identi-kit products are found in identi-kit stores, from Sydney to São Paulo, Antwerp is refreshingly different; a place where you can discover genuinely new things and where the rules are different. 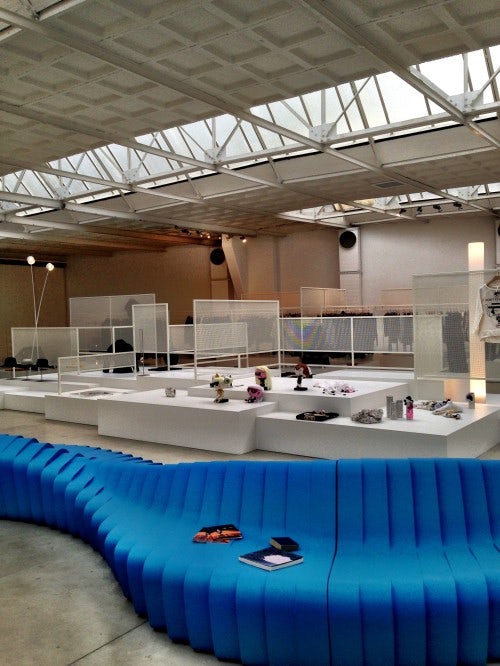 One of the newest places on Antwerp's fashion map, Seven Rooms, is actually built on the site of Walter Van Beirendonck's old concept store. The  airy and beautiful space, stocks a cool edit of creative young designer brands — including Prabal Gurung from New York, Ostwald Helgason and JW Anderson from London, and Bouchra Jarrar from Paris — with a lifestyle slant, merchandising contemporary fashion with modern furniture and jewellery, making this store a must visit. (Sadly, the store's website leaves a little to be desired and does a disservice to what is a great retail experience).

In the meantime, Mr Van Beirendonck and his partner and fellow “Antwerp Six” designer Dirk Van Saene have now opened another store, aptly named DVS, which offers an intimate, personal and beautiful contrast to Seven Rooms. While the store, of course, carries both Van Beirendonck  and Van Saene’s lines, it also stock some excellent under-the-radar names including Sofie d’Hoore and Monsieur Maison. A tight and focused edit means you don't have to search for a gem because every piece is special.

Just downstairs is the women's branch of Coccodrillo, one of the finest curations of luxury footwear I have seen anywhere. Opened almost thirty years ago by Geert Brulot and Eddy Michiels, Coccodrillo stocks everyone from Gianvito Rossi and Giuseppe Zanotti to Saint Laurent and Raf Simons. Across the street in the men's store was my favourite new discovery: Weberholderfeder, a label that marries old-school brogues with sporty velcro closures in great colours.

But apart from all the interesting retail spaces, there are also scores of designer brands who choose to base their businesses in Antwerp, many of whom can even open their own small retail stores, because of Antwerp's relatively affordable rents. But so many of these designers seem to work away in relative anonymity, quietly honing their craft and creating some of the most interesting, well-made fashion you can find anywhere, but lacking exposure outside Belgium.

For example, the designer Stephan Schneider has a great little store in Antwerp with excellent knitwear. And Vera and Olivera Capara, the twin sisters behind the brand Capara who previously worked at Dries Van Noten and Maison Martin Margiela, have an interesting brand with real potential. But both of these labels are scarcely known beyond Belgium’s borders.

Indeed, this was a topic that dominated the conversations at Fashion Talks and an intimate conversation with Queen Mathilde of Belgium, who has taken a special interest in the local fashion industry.

Christian Wijnants, a talented young Belgian designer and graduate of the Academy, who first rose to prominence as the winner of the prestigious Festival d'Hyères fashion prize in 2001, explained that he struggled at first to grow his own business. But winning the International Woolmark Prize, last year, has helped him to regain global visibility and he has seized on that to gain new sales momentum. This year, he has also managed to secured investment — and this combination of capital and broader visibility beyond the Benelux countries seems to be a promising approach.

While a Belgian fashion investment fund is currently being mooted, it’s clear that this alone wont be enough. Again and again, I heard comments like: "but she doesn't do presentations" or "he doesn't like attention" or "I don't have any press support."

A successful and sustainable designer business needs to target a global market opportunity, and this means connecting with international buyers and press, who rarely visit Belgium, according to many of the people I spoke to.

While I certainly encourage all of the fashion buyers and media to visit Antwerp to experience its unique fashion culture first-hand, the current generation of Belgian fashion brands must also go abroad to spread awareness of what they do, and why it is so special, just as the “Antwerp Six” did when they drove in a van to London Fashion Week in 1986 and captured the fashion world's imagination.