For most large luxury brands, the retail expansion opportunity in China is over.

LONDON, United Kingdom — China and the Chinese have powered two-thirds of the luxury sector’s growth in the past decade. But what was a tailwind for luxury goods purveyors is now shifting against them.

The relentless expansion of the domestic economy that fuelled China’s voracious appetite for the finer things in life has slowed. This only compounds the chilling effect that the government’s anti-corruption campaign has had on demand for luxury fashion and fine jewellery. And recently, the debate has turned to whether luxury goods brands — many of whom have been opening up store after store to tap the Chinese market — are overexposed to China. There have already been some store closures.

However, that does not mean that the local retail opportunity is drying up.

I take a three-pronged approach to assessing the retail opportunity for luxury brands in China: their local over- or under-exposure, their retail presence compared with “normal” retail distribution in China, and the future direction of their retail networks. To do this, I define regional markets within the Chinese retail luxury market in terms of clusters of cities based on high-speed rail links (a maximum two-hour link between cities), rather than by official administrative delimitations.

These city clusters account for 53 percent of the population, 72 percent of national GDP and 65 percent of retail sales. To assess retail distribution within each cluster, I distinguish between the international luxury goods brands, international general retailers and the major Chinese jewellery retailers. Calculating the percentage of points-of-sale of each category and averaging the results provides a benchmark on which to assess the retail opportunity for each luxury brand. 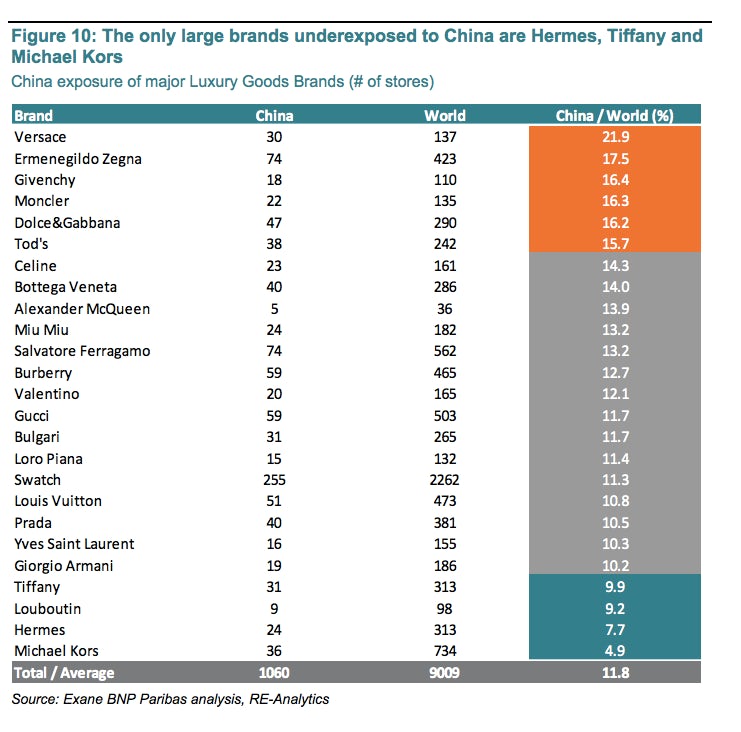 Crunching the numbers, luxury brands as a whole are vastly over-exposed to Beijing and, to a lesser extent, Shanghai when measured against wealth, retail sales potential and general retailers. I don’t suppose that anyone is particularly surprised at this. 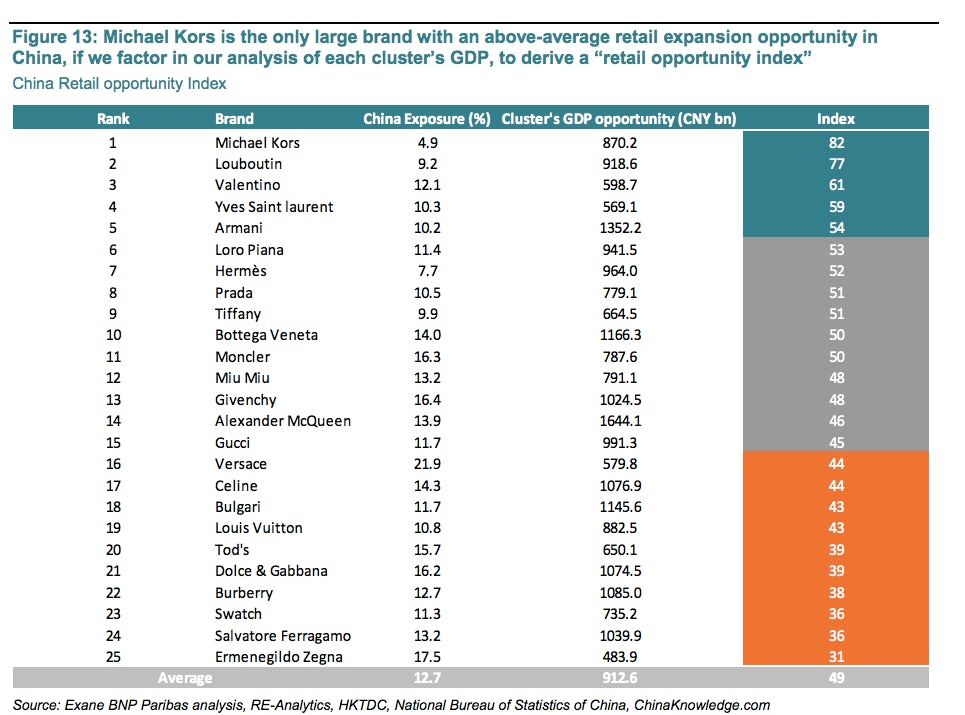 But although the opportunity for retail network expansion is largely over, the opportunity for developing retail sales is not, even if it has moderated. For example, Kering should benefit from the growth potential of Yves Saint Laurent, which has an above-average retail expansion opportunity in China. However, Kering needs to overhaul its Gucci network if it is to maximise its overall situation in China — Gucci was consistently among the lowest-ranking brands when we calculated a "quality index" for luxury brands’ stores in China.

LVMH has less to do to get its network up to scratch, as it is better positioned than Kering when it comes to retail network quality: LVMH has three brands — Loro Piana, Givenchy and Céline — that rank above average in our quality index of stores in China, while Kering only has Yves Saint Laurent.

Burberry, however, seems to have little immediate headroom for growth: along with brands including Dolce & Gabbana, Ermenegildo Zegna and Louis Vuitton, it has a below-average retail expansion opportunity in China. Burberry’s store network also ranked below average on quality, despite significant overhaul efforts in recent years.

Among the smaller brands, Louboutin, Valentino and Giorgio Armani ranked high on the retail opportunity index for China.