Executives do little to tout the Bluemercury cosmetics brand, though it's well-suited for retail's future.

Much of what Macy's must do to win back shareholders is admittedly difficult, such as turbo-charging e-commerce growth. But there's one fairly easy way to signal it's adapting to the retailing winds of change: putting a spotlight on its Bluemercury beauty chain, and quickly rolling the concept out more widely.

Bluemercury, which Macy's acquired in 2015 for $210 million, is extremely well-suited to the current moment in retailing. In part, that's simply because the upscale beauty business overall has been on a hot streak. 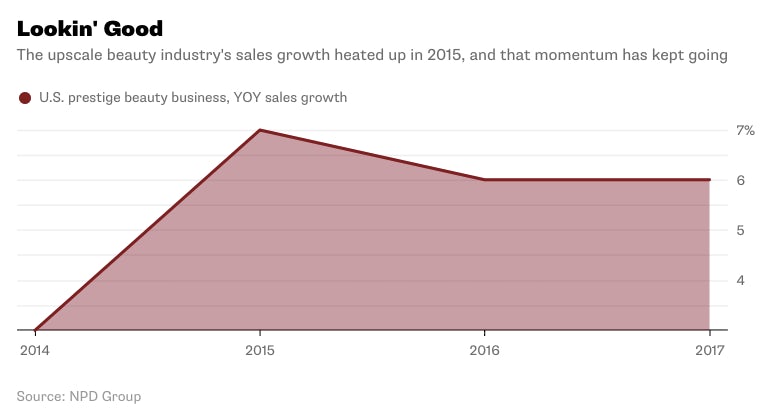 But it's also about the specifics of Bluemercury's strategy. The brand has been smart about where it opens stores, eschewing traditional malls and setting up shop in the neighbourhoods where its customers work and live.

The theory, COO Barry Beck told me last week, is to make visiting Bluemercury as convenient as swinging by a drugstore — and to give shoppers less reason to turn to Amazon.com Inc. for cosmetics replenishment.

It doesn't hurt that 90 percent of those Bluemercury locations are outfitted with spa services such as massages and waxing, a potentially powerful tool for driving regular foot traffic and building customer loyalty.

Bluemercury also puts heavy focus on service, aiming for its store workers to be what Beck calls "human Googles for beauty products."

Bluemercury may not want to be as ubiquitous as Ulta and Sephora, but it needs to cover more markets to compete most effectively.

This emphasis on expertise reminds me of how Best Buy Co. Inc. made its brick-and-mortar format more resilient against Amazon. Best Buy came to understand that many shoppers find new technology bewildering and will come to a store if it means they can get a deeply knowledgeable guide to explain it to them. Choosing an anti-aging regimen or the right lip colour for one's skin tone can be similarly baffling and laden with intimidating jargon. Bluemercury is responding to that.

We don't know exactly what kind of growth this has fuelled at Bluemercury recently. Macy's doesn't break out Bluemercury's sales data, and Beck declined to provide figures, saying only that last year was the chain's "best ever" by revenue. But whatever the business has done so far, it has all the makings of a concept that could score with shoppers in the future.

Investors have hesitated to give Macy's much love because department stores are such a structurally challenged sector.

Yet Macy's executives tend to mention Bluemercury only in passing on earnings conference calls or at investor presentations. Why not offer a clearer sense of this brand's obvious potential? Why not remind them Macy's is not just a department-store company, but an incubator of a forward-looking specialty chain? 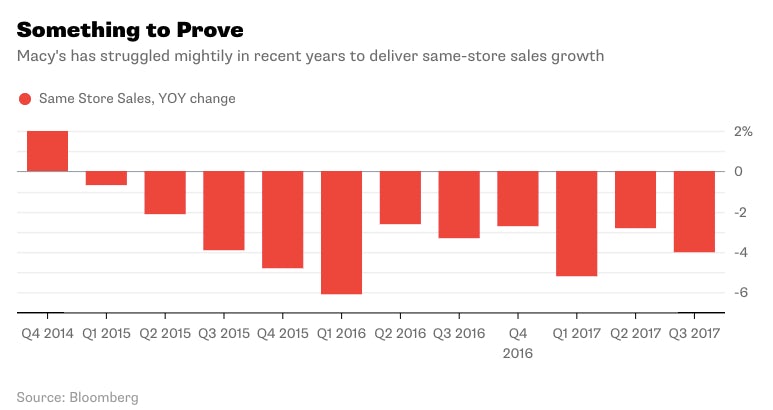 And Macy's should more quickly open more Bluemercury locations, including shop-in-shops at existing department stores. It plans to open 40 Bluemercury outposts this year. Bluemercury may not want to be as ubiquitous as Ulta and Sephora, but it needs to blanket more markets to compete most effectively.

After all, the beauty battle is only poised to get fiercer. E-commerce-centric beauty startup Glossier announced last week it had raised $52 million in venture funding.

Meanwhile, Helena Foulkes, who previously led strategy and operations for the retail business at CVS Health Corp., was just named CEO of Hudson's Bay Co., the corporate parent of Saks Fifth Avenue and Lord & Taylor. In other words, a key Macy's rival has a new leader who knows a thing or two about selling cosmetics.

Bluemercury has much to offer Macy's as it tries to make itself over. Macy's should take full advantage.