LONDON, United Kingdom — Truth be told London Fashion Week has hardly ever kicked off with a bang. Instead, it slowly revs into gear with a Friday full of graveyard slots — before international press and buyers arrive — that are often given to younger designers with little to lose and everything to gain.

A decade ago, London’s fashion establishment seemed intent on turning its emerging labels into luxury brands. But since then so much has changed. Streetwear! Instagram! The decline of the department store! It’s a complex and competitive world out there for fledgling designers forging their paths today. Perhaps their values have also shifted. Either way, London’s nascent talents now seem to be embracing their outsider status and putting creativity before dreams of building luxury businesses.

Four of the first labels to show this week are each outsiders in their own ways, and have something to say about it. A Sai Tai, who was brought up in South London as Andrew before reverting to his Vietnamese name, has carved a niche for himself since debuting with Fashion East a couple of years ago. His work echoes the women he knows: sassy, second-generation London girls with style. And it has earned him a degree of success, especially with his tie-dye bodysuits. Yet Asai, as he’s more commonly known, has always felt like an outsider, both as a child refugee and at London Fashion Week.

“I feel like I've proposed broke girls, from poor immigrant families, turning around these amazing glamorous looks,” he said of his latest collection in a preview on Friday. “In this collection there's an inversion, where I'm trying to understand the world of privileged upper-class country women, and their approach to style... This world that is so alien to me, and the complete opposite to everything I know.” 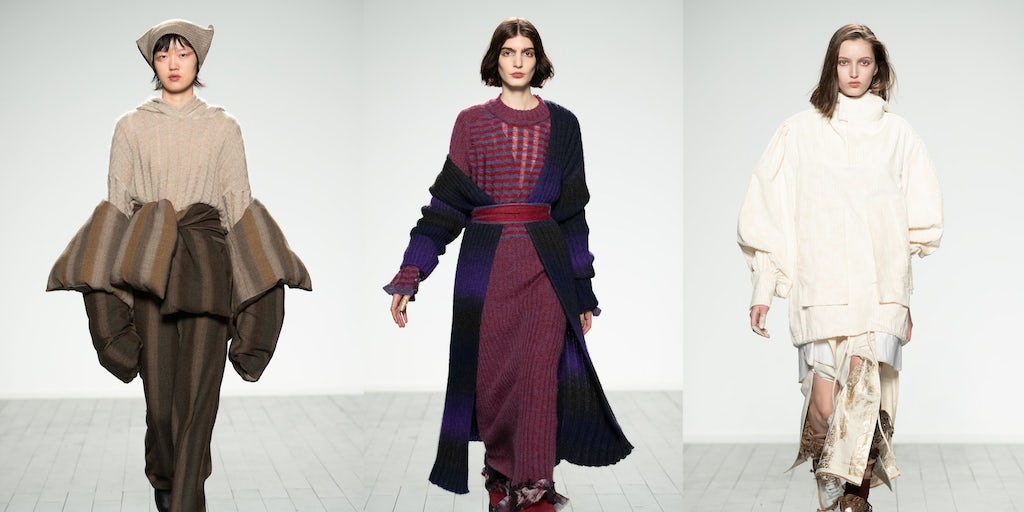 The result was earthy and wooly, peppered with the checks and tweeds of Old Britannia. The humble trench was protectively puffed-up. Those checked wools and cottons which once would have been spun in Northern England, now hail from Japan. Some of it was still slinky, but imbued with the cosy warmth of all those hunting, shooting, fishing staples. It was an exotic view of something familiar and dusty, yet seen through an outsider’s eyes it felt fresh.

As a Chinese designer based between London and Shanghai, Chen Xuzhi is an outsider in the most visceral sense of the word. He said the inspiration for his latest collection came from sitting in a café and watching the crowds go past. There was some perfectly-fitted tailoring and plenty of desirable faux fur coats with matching cloche hats. Although he may not be a household name in London, he has found a degree of success in Asia, inking a partnership with Chinese e-commerce player JD.com. An outsider Xuzhi may be, an upstart he is not.

Matty Bovan is an outsider in the sense that he lives quite far outside the conventional fashion scene. In person, he may look like one of the colourful glitter-flecked characters to be found trotting around London’s East End, though he actually lives in the middle of Yorkshire, working out his mother’s garden shed-cum-studio.

This season Bovan took a turn towards extreme Edwardiana — an “ode to England” — with references to Lancanstrian witch hunts. It was a collection full of big Dollar Princess bell skirts covered in guipure crochet, Scottish wools and waxed cottons from Rochdale. Call it crazy but that only pushes the designer further.

“I always look at pictures and wish I took it further,” he said. Why not, after all? One could strip away all of those sartorial frivolities — swinging crinolines, faux fur capes, mad hatter millinery — and find a pretty desirable, entirely stoppable selection of leg-of-mutton Liberty print blouses with velvet-trimmed flounces and “tapestry knit” cardigans with Keith Haring-esque hieroglyphics. It’s the kind of distinctly British whimsy that is predicated on being away from the pressures of the big city. 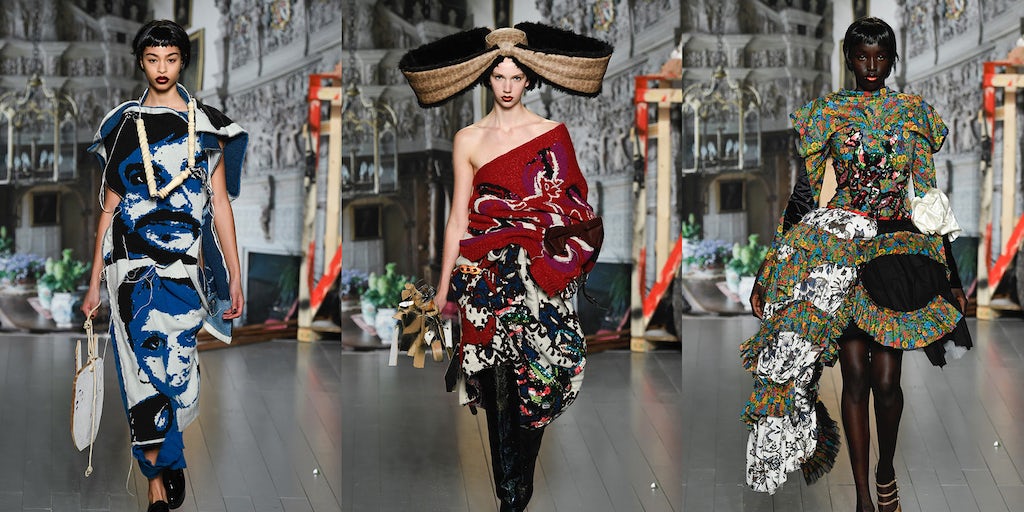 Symonds Pearmain aren’t really outsiders (Max Pearmain’s styling work can be found in the pages of Vogue and on the catwalks of Burberry) but their increasingly sophisticated presentations are far from what’s expected from a younger label. At their intimate salon show at 5 Carlos Place, the London home of Matches Fashion, they showed their concise collection of wasp-waisted renditions of nostalgic wardrobe staples such as rugby shirts and leather bombers and a distinctive William Morris print. Upstairs the models vogued for an empty room of cameras live-streaming for the Instasphere.

Anthony Symonds cuts each garment himself and pointed out that plenty of his current collection is recycled into this one. “It’s about establishing ethics of value,” he explained. So if the silhouettes seemed repetitive, that’s intentional. He also stressed that he wants his clothes to be recognisable, mostly to himself. The result was something wholly distinctive.