The buzzy designers behind Monse showed both their potential and limitations. 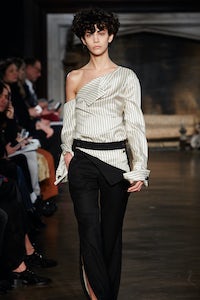 The buzzy designers behind Monse showed both their potential and limitations.

NEW YORK, United States —  Just after Sophie Theallet was Monse, the two-season-old label designed by two veterans of Oscar de la Renta which has found swift success. Not only have red-carpet stylists embraced Laura Kim and Fernando Garcia’s new approach to eveningwear — rooted in twisting the standard collared shirt into something new and more formal — but buyers are on board as well. (Spring 2016 stockists include Net-a-Porter, Bergdorf Goodman, Neiman Marcus, Ikram in Chicago, Bloomingdale’s… the list goes on.)

There was plenty of buzz in the room as striped bias-cut dresses tied just so, double-breasted blazers designed to fall off the shoulder and buoyant bubble skirts bounced down the runway. Their draped velvet gowns had a louche desirability. But the bubble skirts and proportions were clumsy. The last set of looks were the biggest turn off. There is nothing to say about a black-lacquer puff-ball skirt, connected at the front with a crop top, except that it looked a bit like a trash bag (and not in a charming way like Alber Elbaz’s clutch for Lanvin a few seasons back).

The mullet ball-gown skirt had a similar unease. It's refreshing to see an American label doing something so overtly tacky. But that didn't seem to be the Monse designers'​ intention. They must stay focused on what makes a woman look both beautiful and special — not silly. 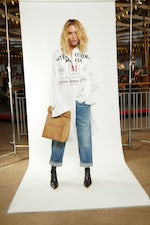 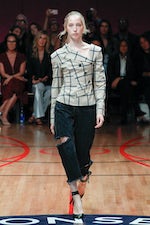 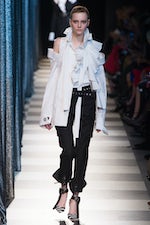 A Daring Balancing Act at Monse 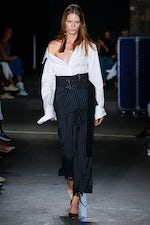