PARIS, France — The ongoing movement towards a new formality of sorts continues in Paris. All of a sudden, tracksuits and sneakers look tragically passé, and it was time. It takes a designer with a piercing mind and a total sense of formal freedom, however, to twist things in a progressive way. 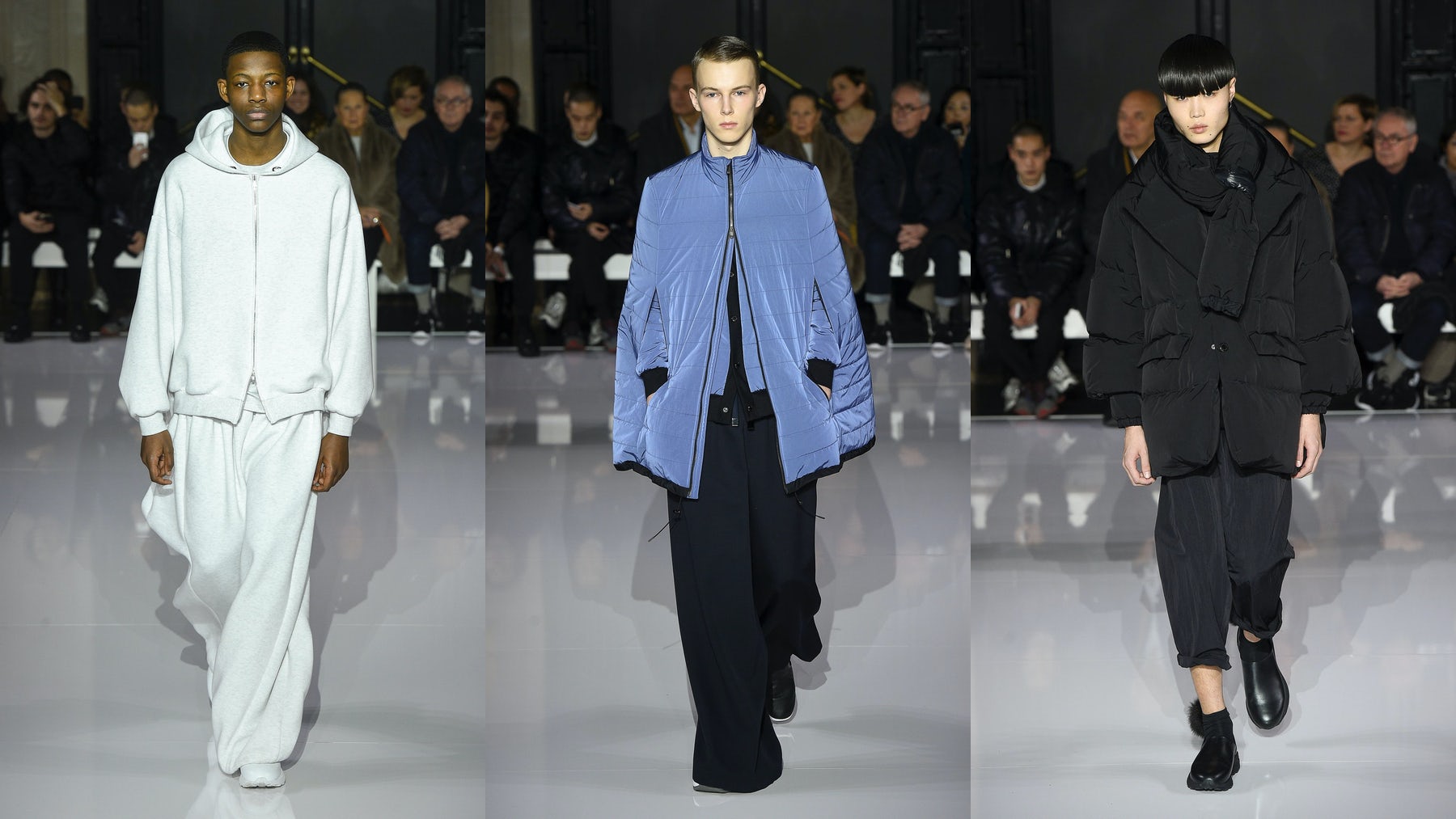 Fumito Ganryu is one such designer. After a rather low-key debut at Pitti, the Comme des Garçons alum officially entered the Paris calendar. The move coincided with evident progress. Ganryu's aim is to design clothing that is relevant for the way men live today. While at Comme des Garçons he was in charge of the line targeted to a street-savvy, metropolitan audience. That's where his sensibility leans, but the launch of his namesake line spelt a newfound maturity. Ganryu, in fact, transported his metropolitan sensibility into more polished territory. The collection he showed on Tuesday was brilliant in this sense. The big, flowing volumes were definitely street-worthy, but the precision of the lines and the exactitude of the shapes was not. There was definitely a whiff of Balenciaga — as in Cristobal — in the dramatic bubble backs, but the minimalist approach made for a futuristic outcome. A stronger conclusion would have made the show even better, but this was a good start. 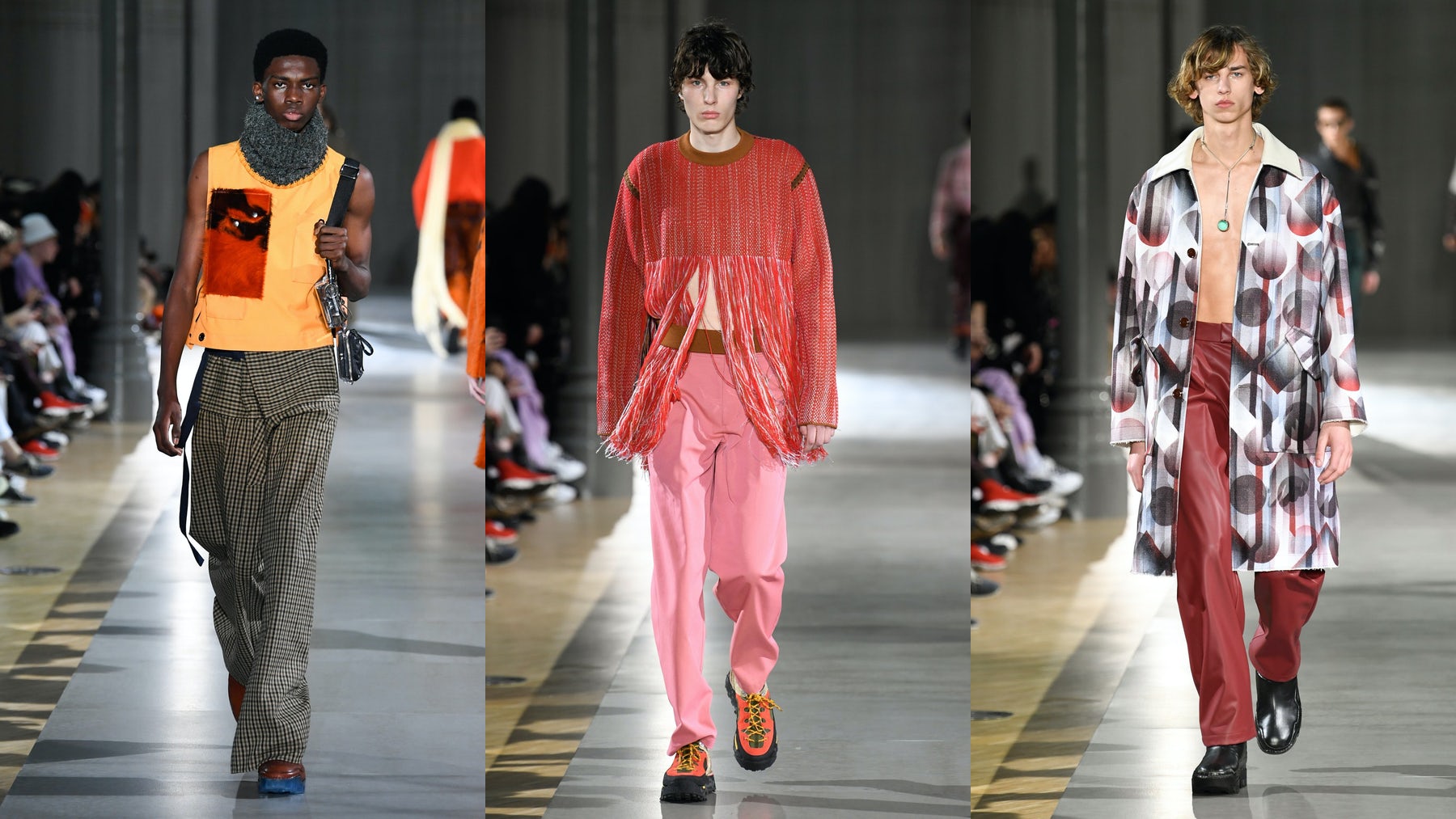 Not everybody is going formal, of course. The counter-current to the resurge of the sartorial, however, is far from sportswear, too. It is, in fact, a sort of psychotic psychedelic sensibility. You know, crazy all-over patterns in crazier colours assembled in even crazier ways. That's what Acne Studios proposed, for instance. The collection was an eye-popping collision of bright colours and intense textures splashed onto utilitarian garments such as trench-coats, fatigues, jumpers and the like. The marriage of functional shapes and bonkers surfaces actually worked, and made the outcome conceivable way beyond the catwalk extravaganza. Backstage Jonny Johansson cited themes such as bohemia, alternative groups and counterculture — the idea of seeing things from a different perspective. It sounded a bit like psycho-babble, honestly, but was in fact a plain explanation of the thought process behind the reconsideration of such masculine staples. It made for an interesting collection that, however, did not put the general fashion conversation forward that much. The flower patches on the trench-coats and the general sense of youthful mayhem owed a little too much to Raf Simons. 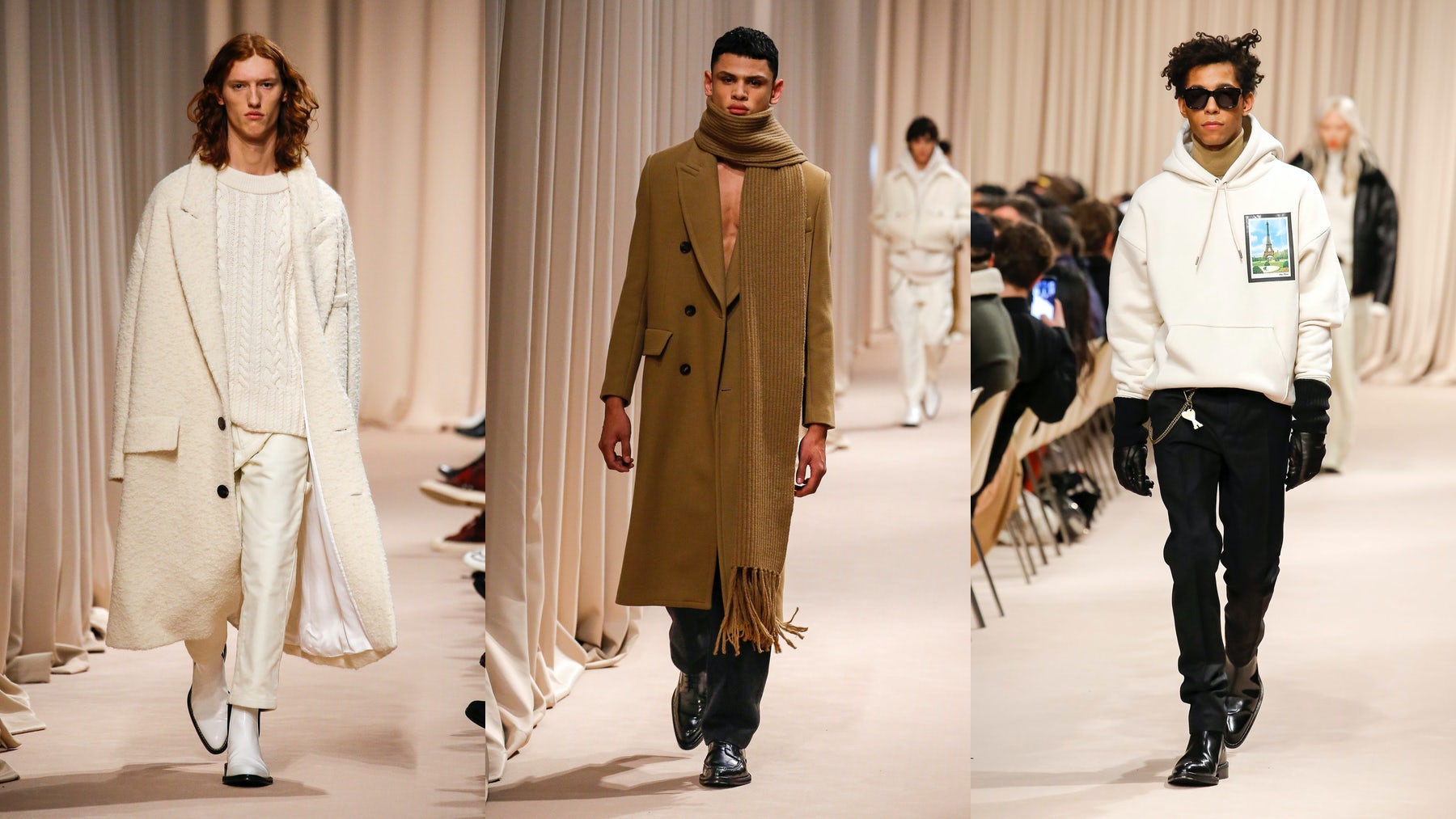 "Something nice, calm, gentle and well educated," said Alexandre Mattiussi, flashing a bright smile, to sum up the Ami collection. He looked happy and he has a good reason to be: over a handful of years Ami has carved its own niche in the system, and filled it with desirable product that is well-made, well-designed and, yes, well priced. Nothing screams “designer” and nothing is overtly trendy, if right on trend, even though Mattiussi is the designer behind it. His joyous personality and infectious energy are the true driving forces behind the project. The collection which Mattiussi presented Thursday morning in the very Parisian spaces of the Theatre de Chaillot was a very Parisian affair of bourgeois nonchalance and elegant ease. No gritty street fantasies, no lazy tracksuits and no brutalism of sorts were to be found in the uplifting line up of roomy blazers, roomier costs and fluid separates that worked well for men as well as for women. There was an invigorating feeling to the whole: the show exuded that most rare of qualities. In fact, it was refreshingly well mannered, in an easy kind of way. The surprise view of the Tour Eiffel as the curtains opened at the end of the show added further charm.