NEW YORK, United States — In New York, the runway has never held less appeal. Looking to capture the attention of both industry insiders and potential clients, designers are working harder than ever to come up with meaningful ways to present their new collections to audiences that are easily bored.

Jason Wu, who attempted to clean the slate last season by presenting just 16, brand-defining looks in a static, installation-like format without models, hosted an amped-up sequel on Friday at an artist loft on Mercer Street in Soho, where he also debuted a new fragrance, Velvet Rouge. Attendees had to walk through a scented box — open for another month as a selling post for his two perfumes — in order to enter the installation, which featured 18 looks mounted on mirrored stands. While last season felt like a “best of” moment, this range was tighter.

Inspired by Irving Penn’s florals, Wu kept using the phrase “inside out” to reference the raw hems, invisible seaming and strips of carefully layered tulle. It exposed more about what he is capable of as a designer — exquisitely crafted clothing — and what he is not. Wu isn’t a creator of worlds. And that’s challenging when you’re trying to brand yourself beyond pretty dresses. But the garments exuded a confidence he hasn’t conveyed in many years; he isn’t trying to be something he’s not, and that’s a start. 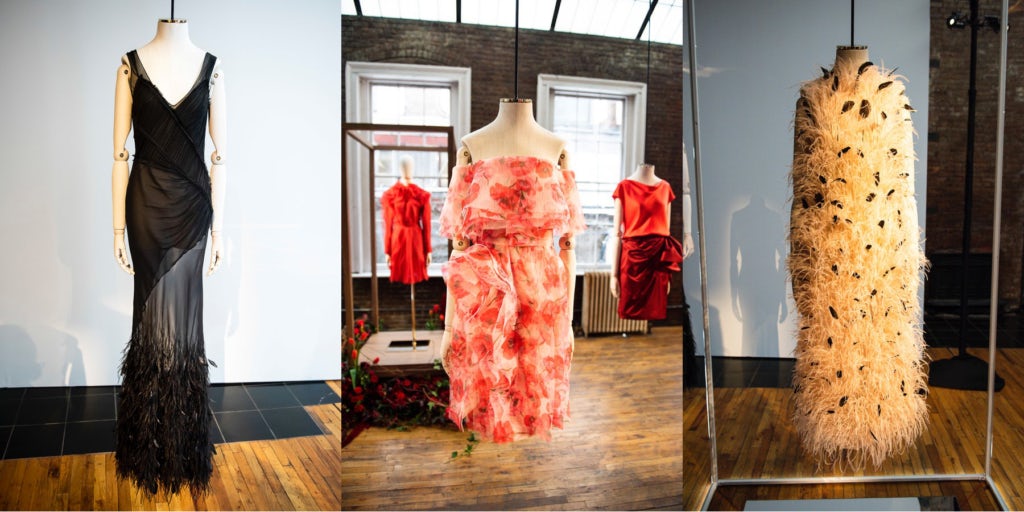 A little further uptown, Derek Lam, another designer who came up in the heady mid-aughts, chose to host one-on-one appointments, talking each guest through a series of carefully considered grown-up looks, tailored for the woman who loves fashion, but is never a victim of it. The walk-through demonstrated Lam’s sensitivity to the current chic and his talent for demonstrating restraint when it comes to the silhouette of the moment. Padded wool blazers and coats provided warmth and structure, but without the extreme shoulders that lack longevity. Workwear fabrics — washed denim, cotton canvas — were patched into a-line skirts and oversize anoraks, but paired with delicately ruffled blouses and in saturated jewels tones. For the numbered, moneyed few who still enjoy buying dressed-up day clothes, Lam’s proposition is hard to ignore: his waisted leather dress, loose at the top and falling gently over the hips, was a sensible luxury.

Over at Theory, creative Francesco Fucci chose a similar presentation format, creating a set for his models by scattering Pina Bausch-inspired black chairs across a room blessed by the most perfect afternoon light. Fucci has been at the brand for four seasons now, and his sumptuous minimalism — clearly honed at The Row, where he was head designer for many years — is a good fit for Theory, which has struggled in the past to find its place in the fashion ecosystem.

Theory remains a staple for many, many professional women. It 2016, it generated close to a billion in sales. That's why it can’t be too conceptual. (While former designer Olivier Theysken’s suits were fabulous, they weren’t appropriate for a 26-year-old lawyer.) But it can equally no longer be a slave to department store buyers' whims. Fucci’s wares are not intimidating in style or price, but they are elevated. It will be interesting to see if the customer commits to the new Theory as much as Fucci seems committed to winning her over with his intarsia-knit turtlenecks, boucle knits and pin-straight suiting.

Rosetta Getty, too, went for a more immersive, non-traditional format. In celebration of five years in business, the Los Angeles-based designer commissioned artist Kayodo Ojo to create a piece inspired by a time in her life when she was dressing night-to-day rather than day-to-night. Ojo installed chandeliers and dotted the floor with clusters of champagne bottles, which occasionally fell, almost on command, as wet-headed guests shuffled through her Tribeca studio early Sunday morning.

The party vibe came with a sharper silhouette, with lots of exposed zippers and killer leather boots with curved heels that were narrow in width but sensible in height. Getty’s signature soft-toned colours and chunky knits — gorgeously hand-knit in New York — were there, too, but the collection had a bit more zip than the last few sleepy seasons. Still, Getty needs to further define what makes her different from others that play in a similar space. Especially when designers like Fucci are creating such nice things at a much more reasonable price. Nobody wants to be taken for a fool. 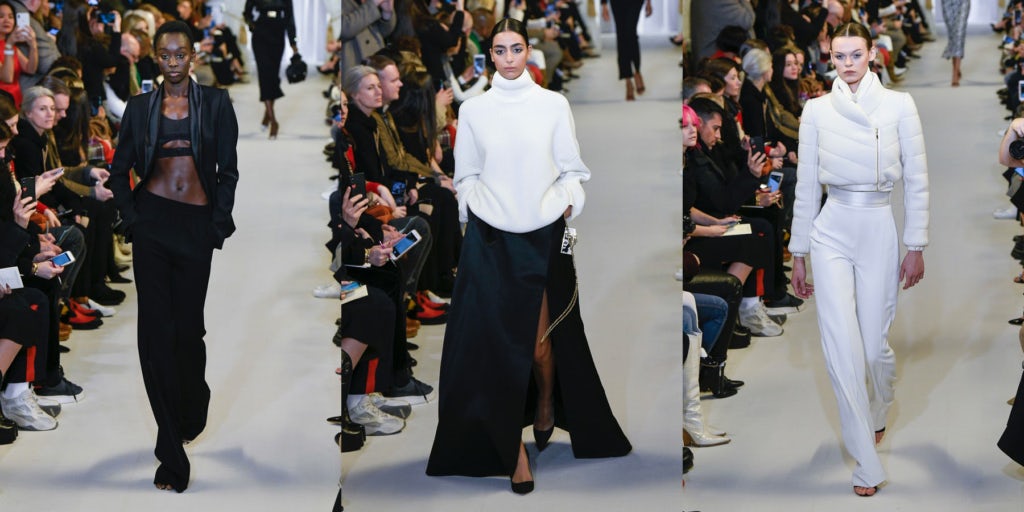 If, in New York, the runway seems less valuable than it once was, it’s still an important platform for certain designers. Brandon Maxwell is one of them: he is a showman, and half of his brand building is in the models voguing on his catwalk. He needs to stage a performance, and last season’s ode to Texas was an incredible example of how impactful such a show can be when it all falls into place.

This season, Maxwell, who will serve as a judge on a rebooted Project Runway, had a lot more to contend with than a collection or how he would present it. Along with filming the show — which will do a lot for his name recognition, something that’s important to a designer in the business of selling very expensive gowns to socialites — his mother was diagnosed with cancer, and he’s been flying back and forth from Texas to take care of her. So it’s no surprise his quite focused collection had protectionist elements; anorak details on a glam satin blazer; wood-grain-like silk moiré for a gown.

Maxwell pays extra attention to how a real woman would look in these clothes: you can see how perfectly they zip up in the back, or fall at the waist. (His own mother, who he pulled up onto the runway, at the end of the show, was beaming in one of his bright-pink blazers and a pair of jeans.) That's why I wish he would reconsider some of his casting. Supermodels are super, but it would be nice to see some body diversity given the inclusionary feeling of the brand. Many of the models were very, very thin.

And despite all the emotion and good intentions that went into this season, it lacked the pizzaz and polish of his recent efforts. Perhaps that has to do with external circumstances; not every season can be a breakthrough. And Maxwell is in a tough position: he was anointed a star long before he had a business, or a plan.