PARIS, France — Paris' haute couture is about dreams, so they say. It is about the highest flights of fancy and a stubborn detachment from the urgency of commerce. Well, if this is true, then the brief Couture Week which closed yesterday in Paris was, save for a few exceptions, a bit of a letdown. There was little invitation to dream amidst the creations that flooded the runways. It was too much like ready-to-wear and, as such, a betrayal of the very essence of couture, which emphasises manual labour and bespoke creations for the very wealthiest and most demanding clientele.

The problem begins with language. Everybody, nowadays, seems to embrace the term couture, but the truth is just a handful of houses — Chanel, Dior and Valentino — truly run couture ateliers and thus produce authentic couture. 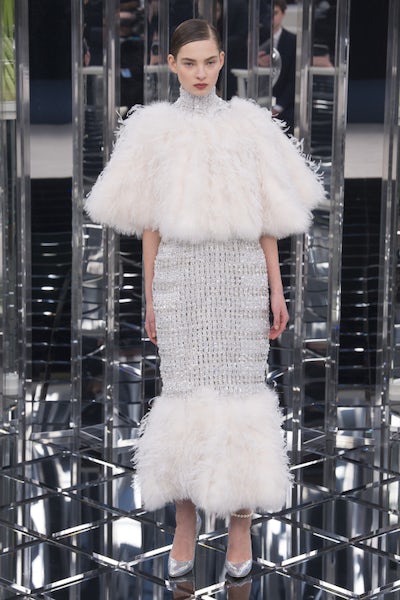 Others rely on small artisanal laboratories to produce a limited number of garments with a crafty feel. Others still apply the label of couture to what is actually very high-end ready-to-wear, industrially-made stuff that is adjusted on the client, a bit like made-to-measure in men’s tailoring.

On a deeper level, the culture of luxury that is integral to couture is disappearing. We live in a time of instant gratification and endless self-broadcasting. Traditional couture is too slow, too elitist and too private for that. The best new couturiers have adapted to the times with impeccable collections that are positioned a step above their already high-end ready-to-wear offerings. This was the case with Armani Privé, not least because of the stiff fabrics Mr Armani favours for his couture outings, which are at odds with the softness that is the very essence of Armani's enduring success and, even when suffused with exotic hints as with this season, have an almost sci-fi sheen.

Giambattista Valli has the guts and the temper of an old-school couturier, but also the culture and taste to make his work feel contemporary. Over the seasons, however, he has tamed the drama of his couture grandeur, his meringue frills, proclivity for sharp lines that's more directly in sync with his ready-to-wear.

Although clearly made according to strict sartorial standards, this season’s Schiaparelli creations lacked the élan one would expect from couture, something that, paradoxically, was made even more apparent by the intimate show in the salons of the maison, a presentation format that gave closer access to the clothes. Artistic director Bertrand Guyon still seems to be trapped in Schiaparelli clichés — lobsters and locks, anyone? — and the results were a bit pedantic. He has the talent to run the house, but needs to free himself of both Schiaparelli’s heritage and his Valentino upbringing. 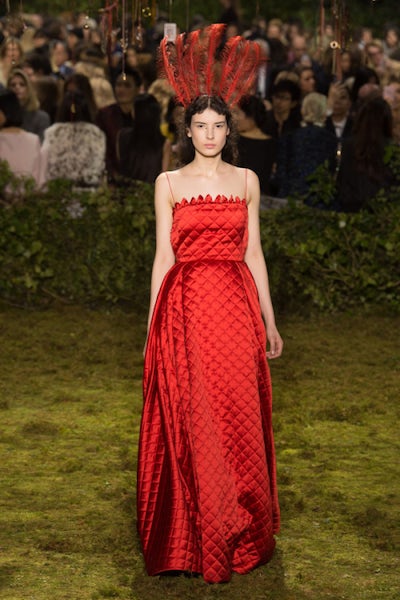 But overall, the distinction between the atelier-made and the industrially-made is wearing thin. Jean Paul Gaultier’s couture collection, for instance, felt quite poorly made, and did absolutely no good to the history of such an influential designer.blurring of couture and ready-to-wear applies also to the audience. In this sense, today’s couture week feels like just another fashion week. The madame-studded audiences so typical of the iconic grandeur of couture have been replaced with throngs of nouveaux riches and digital wannabes. Today, people who can afford to spend a lot like to show off — and couture is one way to do so.

The discrepancy between the past and the present was made apparent by the sensational bal masqué that Maria Grazia Chiuri threw.

It was a grand and surreal evening. But as much as it amused, it also made one nostalgic for bygone times when couture ateliers were kept busy for a whole year fashioning amazing creations for such balls.

Pessimism is pointless, however. And there were two notable high points this season. Amidst a sea of blandness, two stars shone brightest: John Galliano of Maison Margiela and Pierpaolo Piccioli of Valentino. They did so, although working at opposite ends of the style spectrum, with an identical dedication to the timeless rituals and technical wizardry of the atelier, celebrating in non-obvious ways the very essence of couture.

Galliano amplified the Margiela codes — deconstruction and an iconoclastic take on classicism — with the playful fury of a kid using Snapchat. He condensed it all into sculptural, incisive silhouettes that maintained the raw energy of pure creativity. 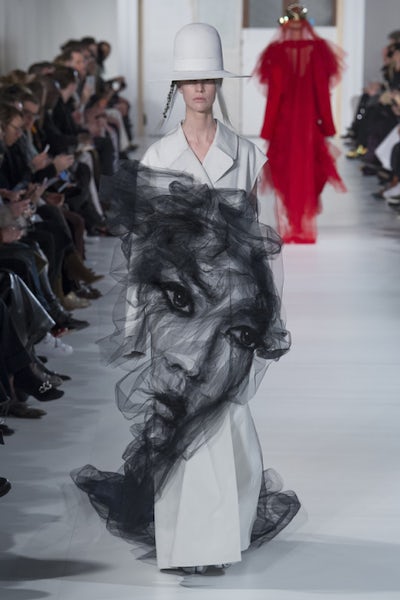 In Piccioli, on the other hand, let go of the decoration and theatrics and found his inner poetic self in a touching exploration of timeless grace that gave dignity to atelier gestures such as protecting garments with paper or covering embroideries with chiffon. The collection felt both timeless and relevant for the moment, something that the rather costume-y Valentino shows of recent past lacked. Indeed, with calm and remarkable concentration, Piccioli delivered the best show of the season.comparison to such lightness, the conservatism of the other collections felt like a blast from the past, like Donald Trump and the rise of right-wing parties across the West trying to set the clock of progress back.

The Chanel collection, despite the giddiness and the lightness of the show, felt heavy and stiff, the high-waisted, padded-hips silhouette not particularly flattering. At Dior, Maria Grazia Chiuri delivered a punchy, directional series of tuxedo-inspired sculptural looks, only to dilute her message right afterwards with a series of dresses that, at their best, were too similar to what she did at Valentino, and at their worst resembled Hollywood costumes.

Speaking of which, isn't the art of dressing up all about costuming oneself? The Vetements show, staged on the couture calendar, felt like an acute commentary on the nature of fashion itself, torn between individuality and cliché, anarchy and norm, convention and rebellion. Demna Gvasalia and his peers brought a sardonic answer to the dilemma. It was much needed. Meanwhile, couture, with its focus on the bespoke, should be all about individuality, but was, in fact, full of clichés.