FLORENCE, Italy — Take a look around: masculinity is in a state of flux. This has been true for quite a while. But in fashion, things have reached a sort of magmatic state. This was clear at the latest edition of Pitti Uomo which closed yesterday. But it all looked a bit directionless, especially inside the trade fair. There were far less attendees this time. Where were all the buyers? The early January start, which this year coincided with the beginning of the sales season in Europe, was no help: in the current climate, shop owners prefer to be on the floor, selling, rather than at a fair, fishing for the nth iteration of products they already stock. The wheel, of course, does not need reinventing every season, but this time around the lack of novelty was particularly palpable.

The outerwear and sportswear on offer was largely strong on design innovation and technical prowess, but the formalwear and tailoring, despite the winds of fashion blowing towards a new classicism, looked staid and dull. Luigi Vitali and Luca Guarini of Dust Magazine, an edgy, independent glossy with a take on masculinity that sits between existential angst and full-blown eroticism, were tapped to stage a special fashion show with of a selection of pieces from a roster of sartorial and non-sartorial brands under the banner of a special project dubbed Otherwise Formal. On paper, it was a good idea, but the results lacked a strong enough point of view.

Elsewhere, Brioni, a veritable temple to top-notch sartorial know-how, now under the creative direction of the very kind and calm Norbert Stumpfl, put on quite a charming event in lieu of a runway show. Let’s be honest, tailoring looks dull on a catwalk, because it needs to be seen up close, as it becomes one with the wearer. So, for the Roman label’s 75th anniversary, Stumpfl assembled a series of chamber music ensembles — reflecting a wide range of ages and body types, all wearing Brioni — in the decadent setting of Palazzo Gerini. The dimly lit ambiance took away from some of the wonderfully precious details of the clothes — albino horn buttons, anyone? — but it made for an emotional event. Given Brioni’s mastery of supple tailoring, however, it’s a shame the silhouettes didn’t quite match the level of the craftsmanship: the shapes were a little tight, a little too lean, and that made the whole thing a bit backwards-looking. 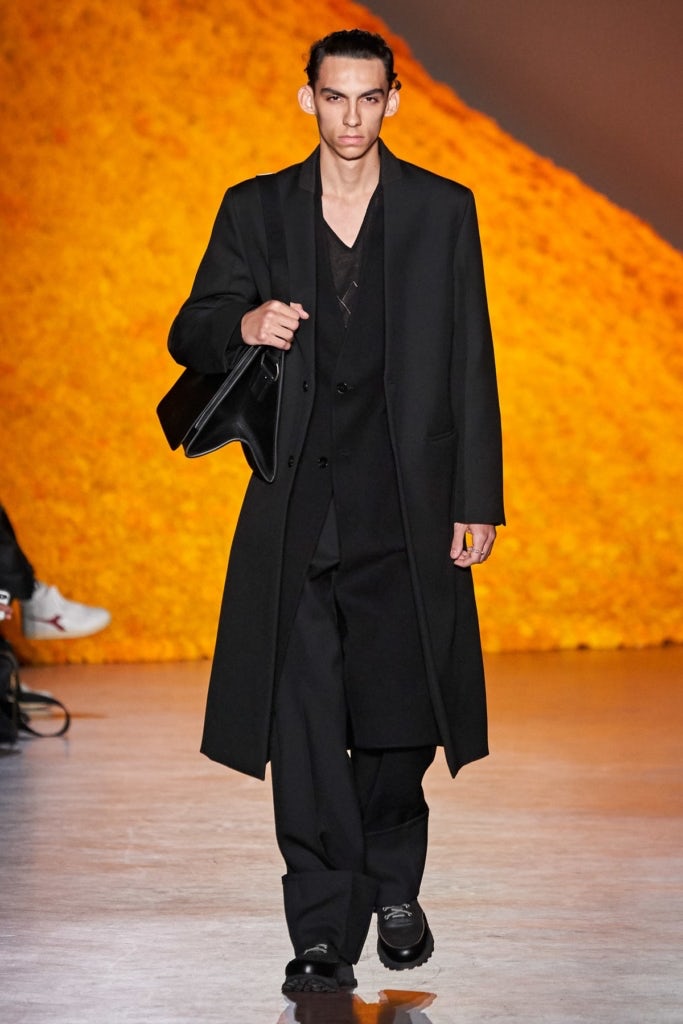 At Jil Sander, which staged a show in the in the cloisters of the Santa Maria Novella church, it was all monastic purity. But elsewhere among this season’s special guests, there was no shortage of gender-blurring edge. Indeed, the tension between Telfar and Stefano Pilati’s Random Identities and the look commonly associated with Pitti could not have been greater.

Pilati is a fashion force to be reckoned with, a designer with a cult following and the bearer — one of the last — of a deep and authentic knowledge of fashion. Telfar, on the other hand, belongs to a new generation of creators for whom the clothing is just a part — and not always the biggest — of a wider message. How do you judge such efforts? Do you take the fashion and leave the rest, or do you examine the whole and overlook the fashion missteps? And what about the family mentality that excludes everybody who does not belong to the clique already? Is it necessary to keep that “a room of one’s own” attitude on a global stage like Pitti?

Don’t get me wrong. Telfar has long been a progressive, multidisciplinary forerunner of the genderfluid phenomenon and a patron of inclusivity. Yet the baroque fantasy he staged in the rooms of Palazzo Corsini, around a table dressed with the remnants of a lavish dinner, had an insular quality. It felt like being in a bubble. Telfar and his friends’ bubble. The fashion, a mix of vaguely historic shapes and humble materials such as jeans and duvet, had élan but were too reminiscent of Y-Project, Hood by Air and dear old Dame Vivienne Westwood. What makes Telfar special, however, is the intensity of the emotion he brings to his work: it all comes from the gut and you can feel it, which ultimately brought a unique energy to the show.

It was Pilati, in the end, who buoyed this edition of Pitti, making a fashion statement that was forward-thinking yet full of sartorial knowledge. Pilati is the true ‘Otherwise Formal’ — a bearer of an evolved classicism that is cultured but not classic. He is so old-school that he still works on the silhouette — his latest one is high of marked waist, with a strong shoulder and long flowing bottoms. He is so new school he does not give a damn about gender, putting everyone in high heels and bras, in skirts and fatigues. Plus, he sells it all online at an affordable price, allowing everyone, and the kids in particular, to mess around with fashion. Pilati can do it all because he knows the roots and can mess them up with credibility. He is a genuine creator who is pushing chaos and randomness to the max. He is pushing a clique, he is fostering the outcasts. But, as elitist as it sounds, it’s his cultural knowledge that ultimately makes the difference.