MILAN, Italy — Cowboys are taking over the Milan catwalks. In an era of pervasive danger and aggressive imperialism, the iconography of the conquering pioneer strikes back — big time. A case in point is Antonio Marras. Clothes-wise, it was business as usual: the familiar, crafty accumulation of fabrics, patches, textures, albeit with an evident, and quite literal, Western tingle. Think long jackets, stovepipe trousers, bolo ties and the occasional outlaw bandana. The show took a sudden, farcical turn at the end, when a group of dancers — DanceHaus by Susanna Beltrami — performed a hilarious heel and hip version of Depeche Mode's Personal Jesus, under mirror balls and strobe lights. The diversion from outlaw to Village People was a welcome injection of fun. Then again, as they say, context is everything. 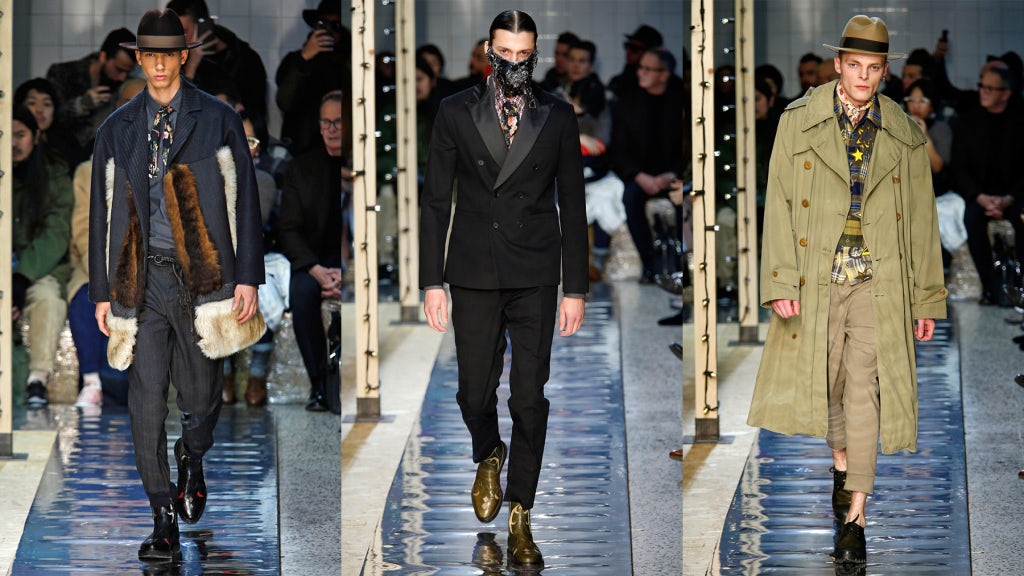 All the good things are wild and free, according to the poetic video Kean Etro used to open his show: an ode to wild nature, open landscapes and living in sync with the environment. The designer is known for his political statements, and his new collection was no exception. This time, however, a more focused and less flamboyant expression made for a fresh output. Etro's trademark Italian eccentricity gave way to subtle plays of pattern and distressed textures, of bohemian hints and touches of militaria. Even an animalier motif on a field jacket looked possible instead of flashy. 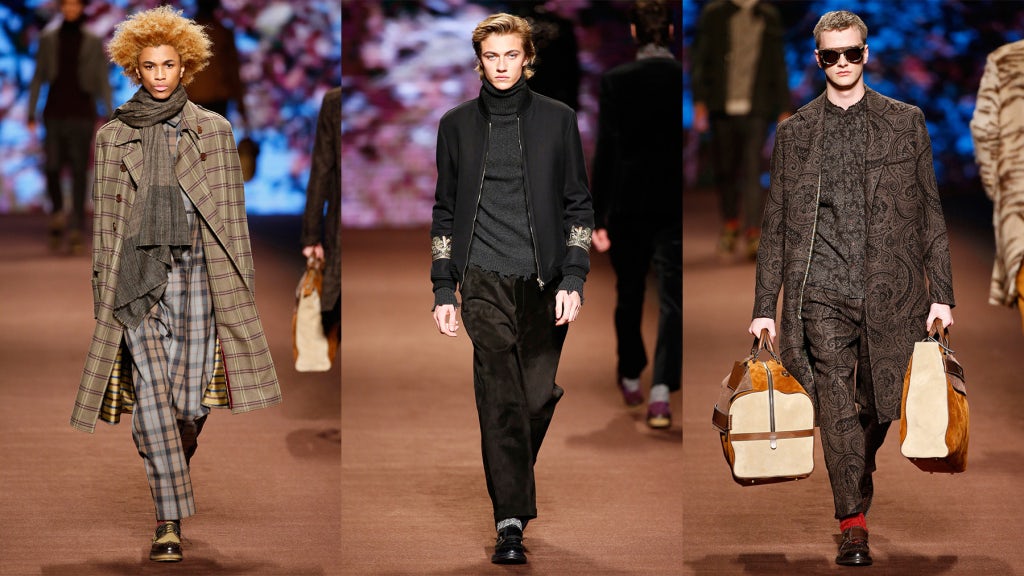 A designer who is clearly, and cleverly, undergoing constant evolution is Massimo Giorgetti. Season after season, his MSGM collection grows out of the printed sweatshirt niche from which it started. Still, this leaves room for improvement — sometimes the fashion references are a bit too obvious — but as they say, where there's a will, there's a way. This latest outing was probably Giorgetti's most mature collection. Inspired by the spirited paintings of Elizabeth Peyton, he delivered a fast, energetic line up of solemn coats and sporty separates in offbeat combinations of solid brights, bringing a fresh, optimistic aura that is Giorgetti's trademark. 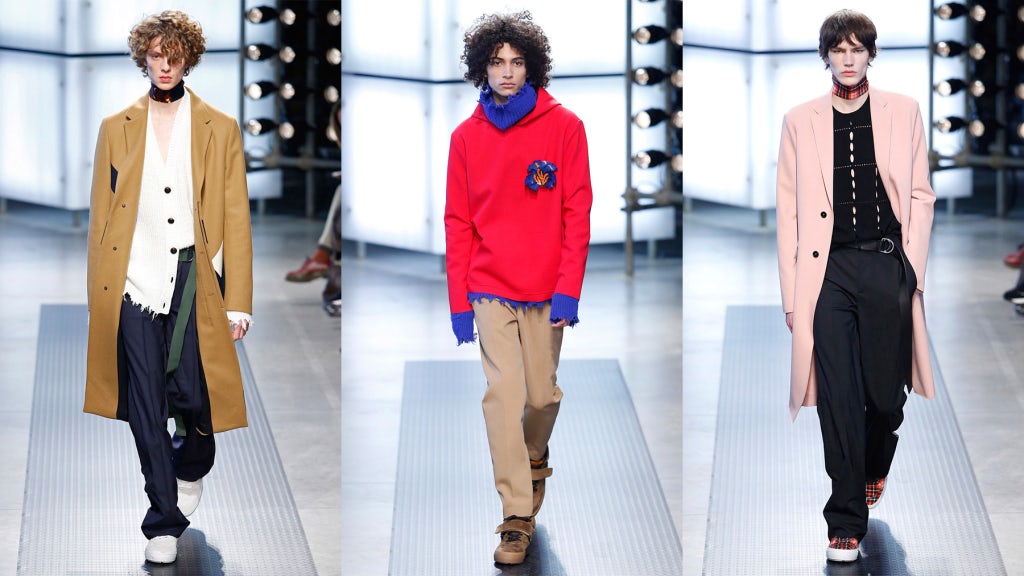 A wonderful cast of beautiful freaks of any age and race stormed the County of Milan catwalk.The show was opened by County's mastermind himself, Marcelo Burlon, performing a shamanic ritual that came across as touching, not pretentious. It set the tone for a collection that was a catchy remix of the brand's metropolitan codes, this time with a spiritual and vaguely hippie tone, reminiscent of Ibiza in the 1970s. Think embroidered coats, vinyl pants and ritualistic symbols splattered everywhere. Burlon is not a designer, nor does he pretend to be. He is a cultural aggregator and his collections are proof of this. The significant stylistic improvement here means that County is not a flash in the pan. Burlon is here to stay. 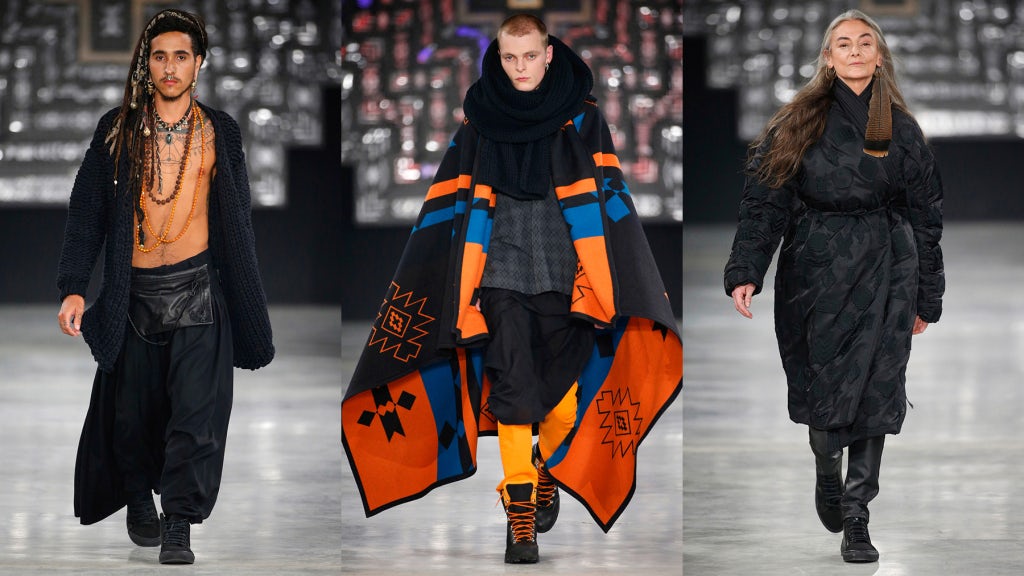 At Brioni, it was tailoring as one might expect, with a fresh adventurous twist. Creative director Brendan Mullane took the sartorially inclined and usually quite uptight Brioni man on a hike in the mountains, letting his inner dreamer free. It made for an interesting morph of hyper-classicism and escapism, manifested in Mullane's own precise way. 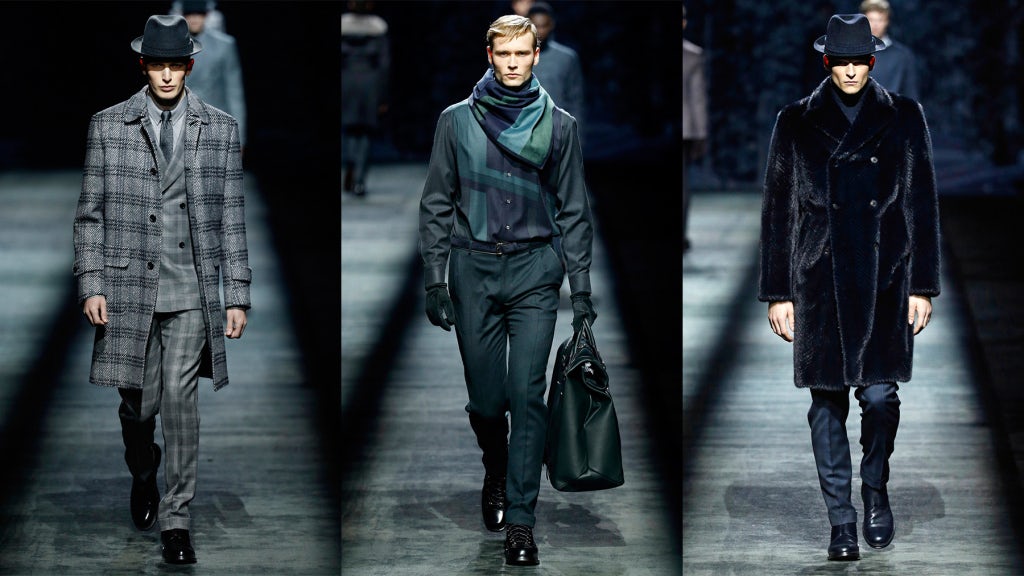 Everything was cut in the most tactile, patterned, brushed, precious wools — even the humongous rucksacks — which created a whole new range of solutions and products for the Brioni customers. Overall, the collection worked, though a few suits, perhaps because of the militaristic casting, looked a bit stiff. It was the coats and the artist's smocks that really stood out. The future is light.