PARIS, France — The Digital Couture Week that closed yesterday on the Fédération de la haute couture website began with Naomi Campbell, the supermodel of supermodels, raising the curtain with a brief video message on inclusivity. This was more than a little ironic given the occasion, couture being by its very nature the most exclusive and excluding of all fashion categories. And thank god such exclusivity survives: while the mega-labels use their couture ateliers to conjure a brand image that helps to sell far less expensive products, the upper crust who have the means to wear couture remain a prime reason why this noble art and its unique savoir-faire are still alive. 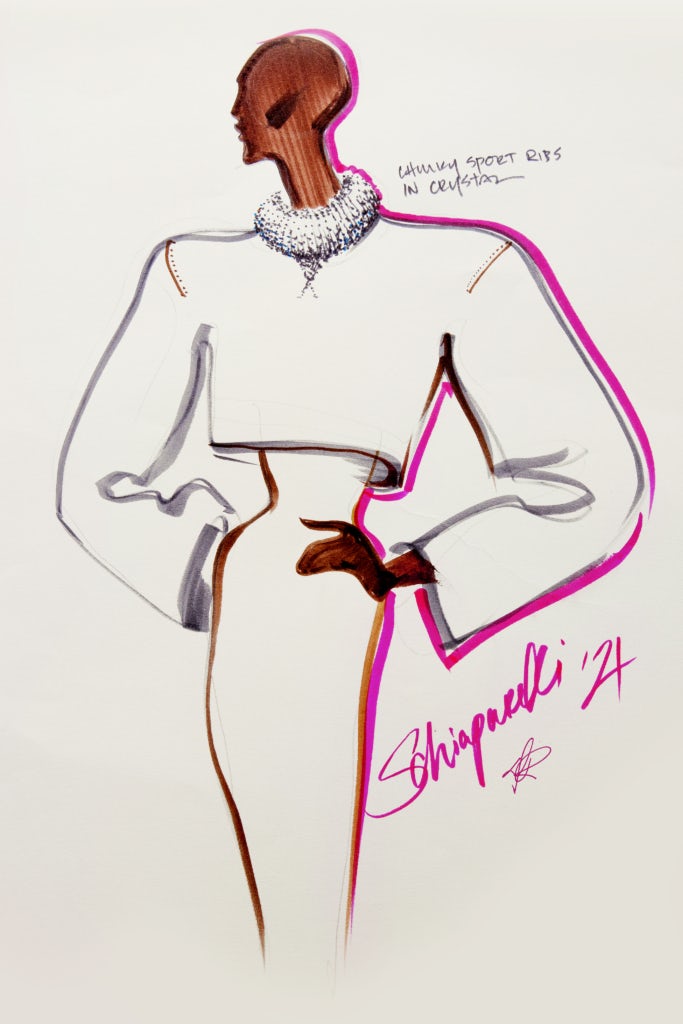 The false start carried right into the first “show,” a video from Schiaparelli. Having been locked down in New York, far away from the ateliers, since March, creative director Daniel Roseberry created an imaginary collection exclusively on paper (a press release said it will be produced later in the year). Roseberry is a skilled draughtsman, and clearly enjoys putting pen, or paintbrush, to paper to solidify his ideas. And yet, in Schiaparelli’s video, the sight of the designer sketching away en plein air sitting on a bench in Washington Square Park felt like a tired cliché of the inspired artist, a narrative so out of sync with the moment it had a Disney air. One was half-expecting Bambi to jump into the scene at some point. The sketches felt a bit passé, too, the nth homage to Elsa’s own inimitable surrealism, even though the idea of matching dress with pet dog — Shar Pei and Afghan Hound — looked deliriously funny and spot on.

Given the impossibility of holding proper shows, fashion week was basically video week. Modern? Sort of. There was a lot of MTV to the proceedings, if without the creative energy and anarchy. Designers explored the expressive range of the medium: from the short film to the animated look book to the filmed show to the backstage talk. (Julien Fournié sounded so ridiculously in character it was all highly entertaining.) Style-wise, also, things were varied, ranging from the homemade (Alexis Mabille) to the big production. 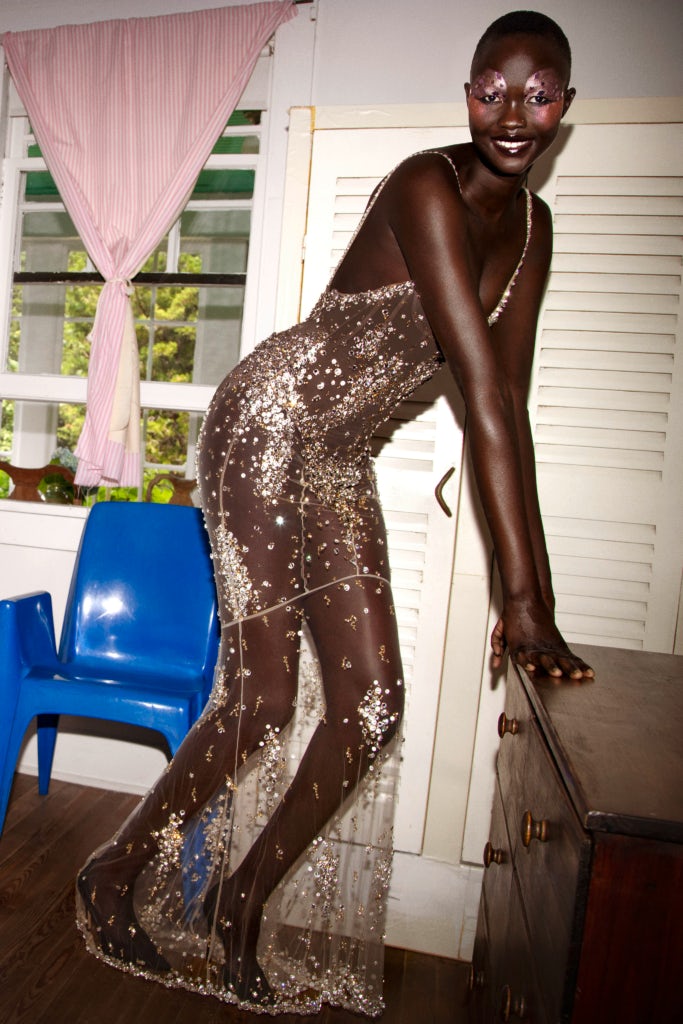 All possible lengths were explored, too, the short clips being the best. Alexandre Vauthier won with a mere 25 seconds of pure Eighties galore, matching lo-fi imagery with shapes so referential that it all looked like archival footage. It may sound absurd but due to the permanent ADD that seems to be affecting the entirety of our digitally addled humanity, 12 or so minutes can feel like an infinity when you are looking at a backlit screen. And one of my main concerns with digital shows is distraction. Then, there is the sense of anarchy: everyone is doing as they please.

Maison Margiela, for instance, only released forty-seven solarized seconds of Leon Dame in high heels and a veil, part of a four-episode opus that will not be unveiled completely until July 16. Valentino, meanwhile, only showed a video teaser, shot in painterly black and white by Nick Knight, of the Loie Fuller inspired collection (and accompanying performance) that will be revealed live in Rome on July 21. Due to the pandemic, the Valentino atelier’s work had to slow down, as two seamstresses could not work on the same dress at the same time, hence the delay. The teaser was very Nick Knight in its highly saturated darkness and the slowness of the movements. It seemed likely to prove pretty literal in terms of inspiration, but judgment must be postponed until Rome later this month.

The primary challenge with fashion videos is not actually the lack of physical connection with the pieces. It is the fact that clothing, as part of a filmed narrative, assumes a different meaning. It becomes costume, the outer layer of a character. Evaluating its meaning as an object, as a result, is slightly more difficult. And yet, it seems that, this season, the clothes as magical objects of desire are taking centre stage again, escaping the trap of forced storytelling.

Nowhere was this most evident than in Maria Grazia Chiuri’s baroque collaboration with film director Matteo Garrone: an Ovid-drenched tale of fauns, femmes coquillage, femmes arbre and nymphs that seemed to erase the forced feminist narrative of the past. It all looked very pale — pale like marble statues, more Bernini than Lisippo — but the inclusivity whistleblowers had a lot to say. Ultimately, it had charm, at least, and focused on the clothes: a very Fifties, not particularly progressive but commendable collection produced in doll size. 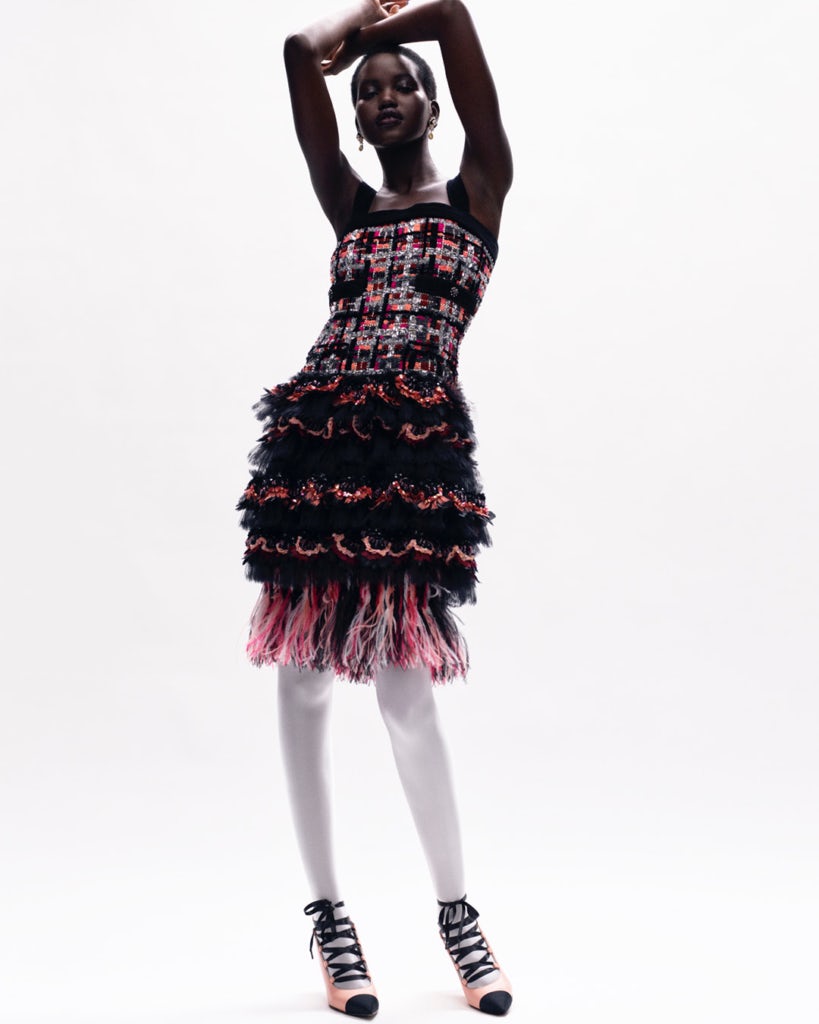 The wonderful Adeline André produced a doll size collection too — an intricately pared town tour around toga shapes and triple armholes — which she presented with a slideshow so simple that her mastery came forward in the best of ways. Meanwhile, at Chanel, Virginie Viard went for Princess TNT-esque escapism as an antidote to the darkness of the times. With its sharp and svelte lines and sense of geometric sophistication, the collection paid homage to the genius of Karl Lagerfeld — Viard is far from cutting the umbilical cord — but there was a freshness to the effort, even in terms of the clear and direct videography.

At Giambattista Valli, it was business as usual: sculptural lines, tulle galore and coquettish drama, served in an animated look book interspersed with subjective video shots of La Ville Lumière. It was a bit long, but one had to appreciate the effort. 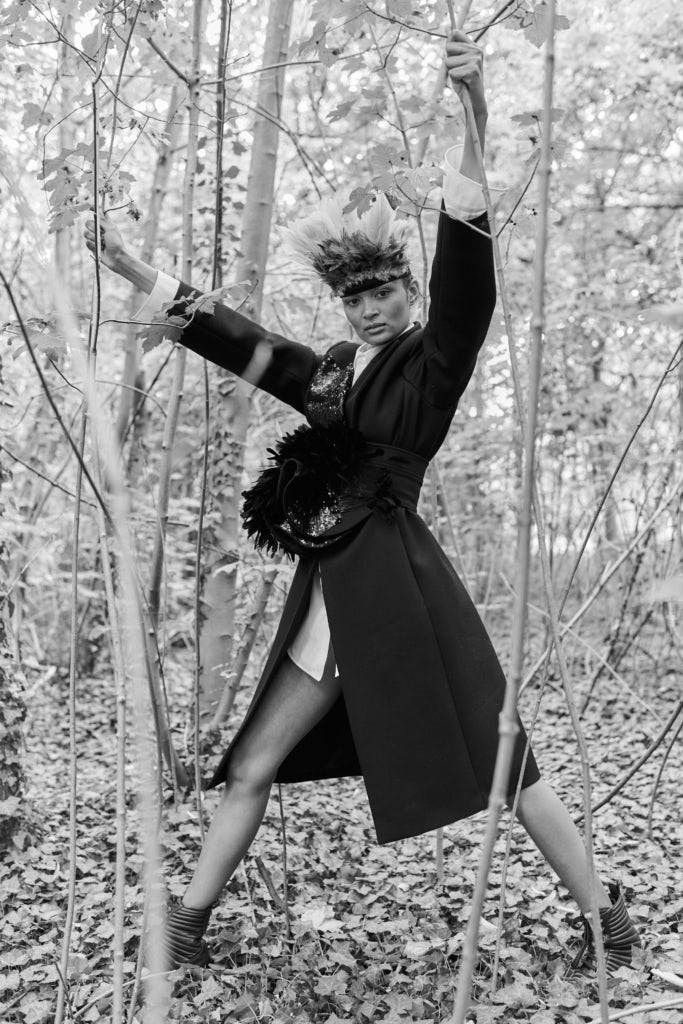 Designers with smaller operations opted for emotional experiments. A black-and-white video starring two twin sisters was a perfect way to highlight Bouchra Jarrar’s captivating dichotomy of masculine tailoring and feminine frothiness, and the quintessential timelessness of her elegantly spare aesthetic. Aganovich presented a stop motion movie that was an homage to circus and lo-fi creativity, while Yuima Nakazato asked 25 acquaintances to send him their favourite white shirts, which he reworked into one-of-a-kind creations after individual Facetime calls with each one of them. The result was a soulful long-distance dialogue, a connection through a beloved object, presented with a short movie that touched a chord with an exhilarating paucity of means. Editing down also helps. This is something Ronald Van Der Kemp should remember. His 12-minute video collage and matching collection— a deranged gender-fluid baroque vaudeville — felt amateurish and confused instead of primaeval and progressive. 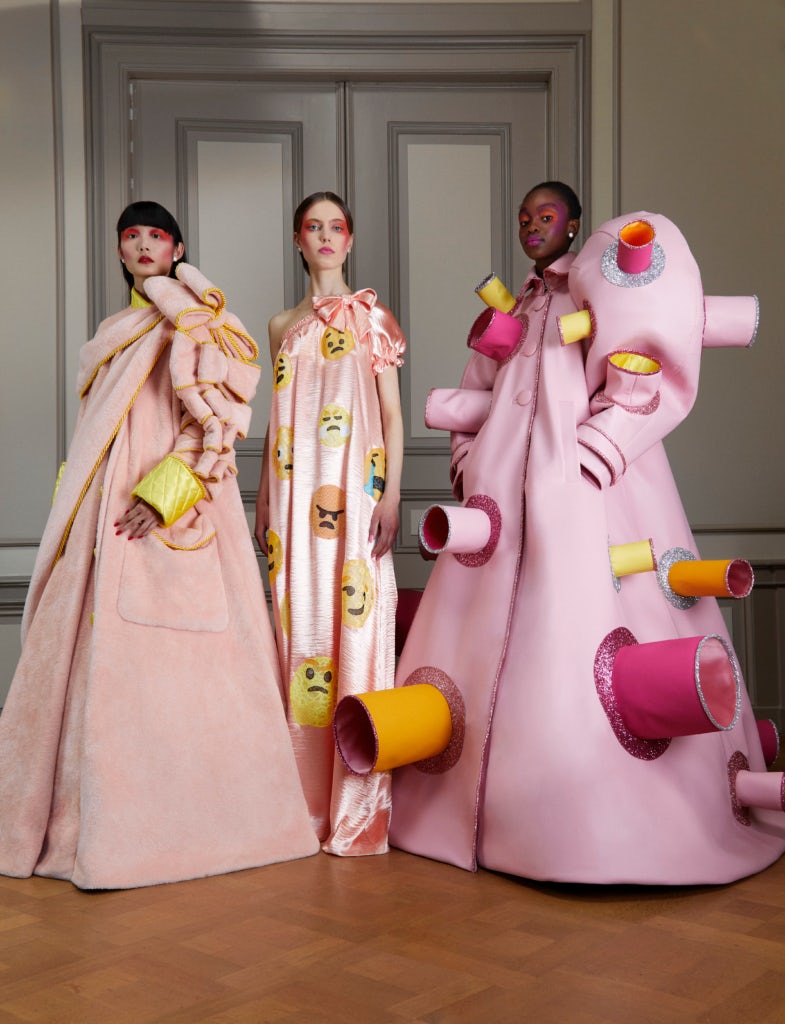 When it comes to alternative ways of presenting a collection, Viktor & Rolf have tried it all, from the gallery exhibition to the digital show, and this is probably why they scored with a wonderfully ironic presentation that mimicked old ways of presenting couture: a stroll of models in a saloon, with a speaker. As Mika described in flowery words each single outfit, a nine-silhouette collection materialized, inspired by feelings of anxiety, confusion and love, and revolving around shapes such as the camisole, the robe and the coat. It was a nice way to deal with social distancing and confinement themes, with that dry sense of humor Viktor & Rolf master like no other. There was only one minus: for couture, the dresses did not look as immaculately made as they have been in the past.

Ultimately, couture on video was not exactly satisfactory. As a necessity of the times it worked, but should the state of emergency carry on, the approach needs to be fine-tuned and the anarchy tamed. Otherwise it risks becoming just more marketing communications.