PARIS, France — All of a sudden, in Paris, it was 1968, 1977 or whatever year in recent history coincided with an outburst of protest and a moment of change. Sort of.

It was, of course, mostly a mise en scène. These being our digitally superficial times and this being designer fashion — an exercise in turning the basic human need to cover up into a desirable product — the socio-political message was narrowed, sometimes flattened, but invariably morphed and twisted into a code. Can protest be bought and worn without losing its rawness and its impact, especially in today’s age of self-broadcasting? I have always been sceptical, to be honest, and the prospect of another streetstyle celebrity posing in her rebel outfit or throwaway feminist t-shirt makes me even more sceptical. 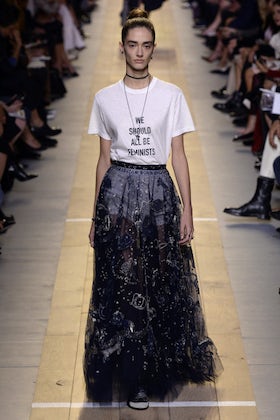 Protest is not a pose, yet when it comes to the fashion industry sampling socio-political discourse that’s often exactly where you end up. It takes guts and vision to get it right. Don't get me wrong. Fashion means freedom: you chose how to represent yourself because clothes can be a wonderful instrument for turning the tables and igniting the new. Fashion can be an unbeatable vehicle for global change, from the trouser-wearing suffragettes to the liberating slash of miniskirts and, more recently, the sartorial empowerment of the powersuit, which, incidentally, is making a comeback together with monumental linebacker shoulders. But these were generally spontaneous shifts that proliferated on the streets, or else in thinking circles, not in design studios where a protest might actually turn, well, into mere calculation. And, today, designers need to cash in fast on a new trend before it is thrown away — and rebellion is the new one.

In a nutshell, the Paris fashion week that just closed was all about a political sense of womanhood and a general urge to protest that, despite the inevitable high and lows of the runway, felt energising. Woman power is very much on designers’ minds and that includes an unprecedented revamp of in-your-face sensuality. In this sense, both Riccardo Tisci of Givenchy and Olivier Rousteing of Balmain — Kim Kardashian notwithstanding and despite having widely lost their edge — can be seen as feminists, because there is much more to feminism than a long skirt and a corduroy blazer, which are such a cliché. Both designers do not claim the label; they just delve into the imagery of the towering ultravixen. 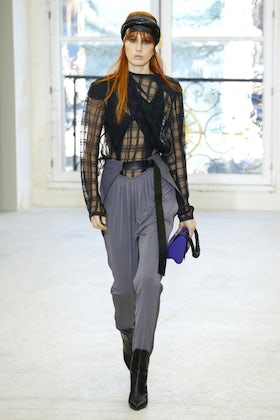 Maria Grazia Chiuri, newly at Dior, did claim the label. She went as far as to openly proclaim herself a feminist, splashing rather naive slogans onto t-shirts, not much different from what protesters did in 1968, and yet sticking to a strikingly non-feminist image of women as frail, pale, childlike fairies. Indeed, there was no real female empowerment in her work, not even in the costumey fencing jackets. On the other end, this is what Phoebe Philo manages to do wonderfully, touching a chord in end customers without sacrificing her creative integrity. She is the real feminist, simply because her political take is deeply embedded in the Céline recipe, in how magically welcoming and inclusive it is of female highs and lows, and the many idiosyncrasies of the female psyche. Her random, bonkers way to mix things was just a way to say: be yourself, accept your flaws. Is there anything more rebellious? Stella McCartney moved more or less on the same wavelength, with a feisty gang spirit. Somehow, however, her outing was too manicured, and the same can be said of Clare Waight Keller’s Chloé, despite the charm and the chic of what she does.

Nicolas Ghesquière was after a very Parisian take on female empowerment, which meant an amplification of sex and glitz that had a Eurovision kitsch vibe to it. But the magic he has worked in previous stages of his stellar career is still lacking at Vuitton, and the way the show was over-styled proved it. 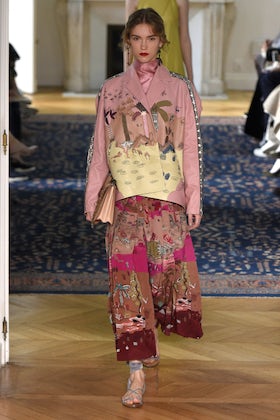 Elsewhere, protest went raw and exploded into full blown punk, hence the reference to 1977. Spikes and vitriolic abandon were everywhere, from the Berlinese frontal assault of Junya Watanabe to Haider Ackermann's colourful decadence and a million pose-y styling exercises. More interesting was Valentino's poetic take on punk as a celebration of imperfection. Pierpaolo Piccioli's new beginning as the Roman house's sole creative director felt refreshing. He went for continuity in place of disruption, but he did it in an intelligently soulful way.

Speaking of continuity, one thing must be noted about this fashion week, which was in general quite satisfying. A generational turnover is clearly underway.

Demna Gvasalia is already part of the establishment, that’s how fast he went. And new voices are making themselves heard from Koché, which at the moment is a punchy communications experiment revolving around clothes that should be better, to Y-Project's sexually-charged, hallucinogenic detour across historic references that's refreshingly cuckoo.

For the rest, the names that never disappoint are always the same: Rei Kawakubo, for instance, who has stopped making actual clothes altogether, or at least showing them on the catwalk; Jun Takahashi of Undercover, whose point of view is always charmingly twisted. This season the most moving of them all was Rick Owens, a designer who endlessly evolves, keeping intact his fundamental values while showing that having a sharp point of view and giving wide breath to a vision is not a contradiction in terms. The morphing, vortex-like shapes he produced this season have both substance and an eerie levity, an opulence that felt unbalanced and collapsing, and thus progressive. It was all very powerful and political, but not in the obvious way you'd expect. 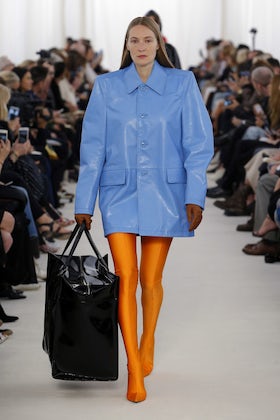 In this season of feminine empowerment, Demna Gvasalia stood out with his deliberately harsh and infinitely cynical take on fetish that revolved around spandex, glaring hues and blatant nods to the city suburbs. The humongous shopping bags, as well as the lurid florals and overall air of chap-turned-luxe nodded at the street markets where poor people shop and that gave the outing the frisson of political incorrectness, like Demna was making a giant mockery of the house, and all the rest. He probably is, but he has soul and wit as a designer, and a creative span that goes way past the Margiela trope.

Speaking of which, Paris was probably the fashion capital where the Vetements/Margiela aftermath was less visible, and refreshingly so. The handkerchief shapes, the raw cottons and the widespread flourish of sophisticated rusticity, not to mention all the pleating, from Loewe to Stella McCartney, spoke to a wholly different source: early Issey Miyake. Rather unsurprisingly, I'd say, after the monumental Miyake retrospective last spring in Tokyo. But there is more. Miyake has been a deeply political designer, his obsession with useful simplicity a truly liberating fashion act that gave women the strength of comfort without sacrificing radical invention. That's the kind of soft rebellion fashion needs right now. Impactful facts, not forgettable poses.