Amidst a layering of divergent stories, Julien Dossena successfully fine-tuned his idea of the Paco Rabanne woman: sporty, dynamic, with a dry demeanour. 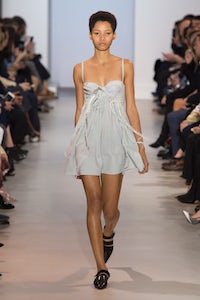 Amidst a layering of divergent stories, Julien Dossena successfully fine-tuned his idea of the Paco Rabanne woman: sporty, dynamic, with a dry demeanour.

PARIS, France — Coherence is such an overrated virtue of late. This season, more than ever, designers are literally putting everything but the kitchen sink on the catwalk. This of course kills the narrative power of a show, but it also allows designers to put product — tons of it — front and centre.

There was a lot going on in the Paco Rabanne show today: a layering of stories, each pointing in a different direction. It opened with shredded studded canvas and closed with urban-meets-tribal fringes, with motorbike, protective gear, space-age silver, chain mail and tie-dye in the middle, not to mention the wonderfully perverse, logoed, sporty underwear peaking out here and there, as well as the terrycloth undercurrent. Clearly, the opposition of the organic and the industrial was high on the agenda of Julien Dossena, the young creative director who, in the span of just two years, has radically revitalised this futuristic brand. The fashion system's 'Who's Who' attended the show, including the hard-to-please Anna Wintour. And the rapturous final applause meant success.

If the goings got, at times, a bit confused and confusing, there was one undeniable victory: Dossena has fine-tuned his idea of the Rabanne woman. She's sporty and dynamic and with a commanding, dry demeanor. In this season of explorations of a new feminine identity, he added an interesting voice to the conversation. 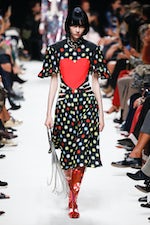 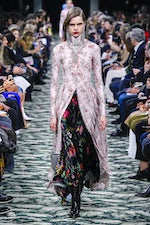 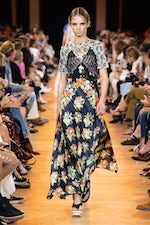 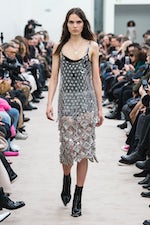