PARIS, France — What's wrong with couture? The times in which we are living — that's what. A thick patina of melancholia has formed over the brief haute couture week in Paris, as if we were witnessing the remnants of a fast-fading old world desperately trying to adapt to a brutally new reality. It was not about how beauty, dreams, poetry, impossibly high craftsmanship and luxury that transcends the passing of time — all values associated with haute couture — can be made relevant amidst a state of global turmoil with the world dancing more and more frantically over the edge. These qualities are actually more relevant than ever, precisely because they are a testament to mankind’s historical evolution from darkness towards greater consciousness, knowledge and expression. Rather, the problem is that most of these qualities were actually lacking in many couture shows.

The culture of couture is vanishing: both the savoir faire on the supply side and the ability to appreciate true, unique beauty, on the demand side.

The fact is, today’s couture is dangerously similar to ready-to-wear, which makes the whole effort a bit pointless. Or, actually, it’s the other way round. With designer fashion moving further upmarket, powered, in part, by new technologies, which bring an unprecedented level of craftsmanship to industrial products, the high-end of ready-to-wear has been pushed to ‘demi-couture’ levels. One major difference, of course, is that a ready-to-wear garment is a multiple, while a couture dress is, hopefully, unique. But do clients really care? Perhaps not, judging from couture’s current front rows, which are filled mostly with celebrities, wannabes and the nouveau riches eager to show off. Indeed, the culture of couture is vanishing: both the savoir faire on the supply side and the ability to appreciate true, unique beauty, on the demand side. 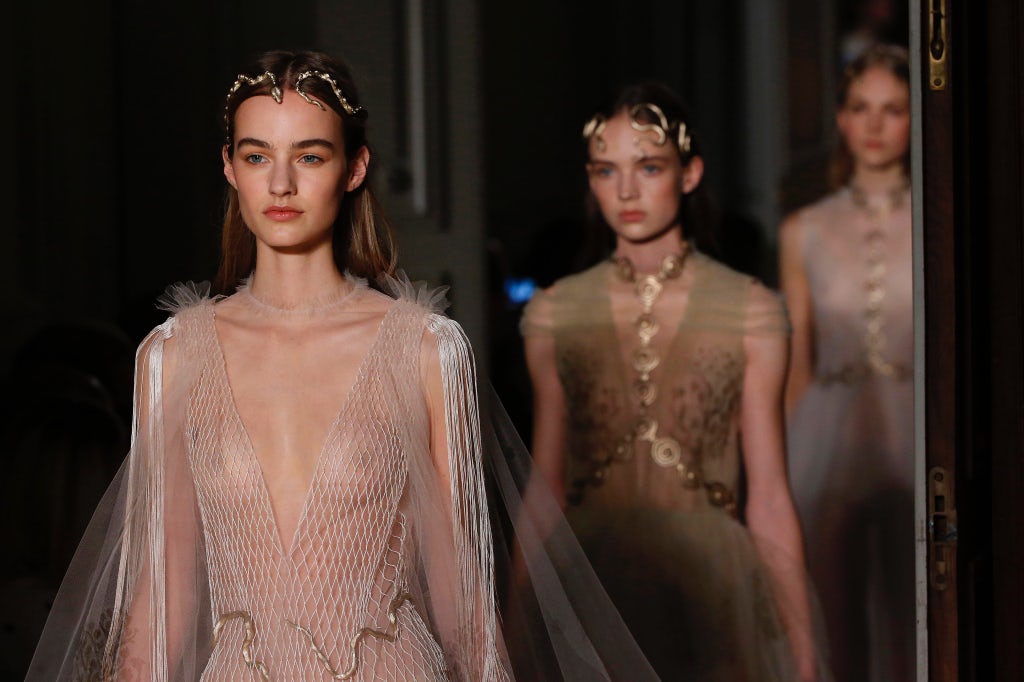 This is certainly not the case at Valentino, however. What creative directors Maria Grazia Chiuri and Pierpaolo Piccioli keep doing with the revered couture ateliers of the Roman fashion powerhouse is touching, challenging and truly progressive — that is to say it is contemporary, light and uncontrived, and yet still both special and faithful to the glorious heritage of the brand. Indeed, their work is a testament to the fact that there is still a space for couture in the world of today. Together with Chanel and Giambattista Valli, Chiuri and Piccioli were the saviours of Paris couture this season, presenting a collection of such exquisite beauty and luxury that it could only be made by hand, lovingly and painstakingly, in dedicated ateliers. Where else could silk velvet be poetically distressed as if to acquire a 100-year-old patina? Where else could brocades be patchworked together, then distressed, then embroidered? It was a feast for the eyes and a celebration of what human minds and hands can conceive and bring to life. (As a sidenote, the pieces were a little too literal and anodyne, as the Mariano Fortuny inspiration was blatantly apparent and openly revealed. But then again, ours is not an era of particular subtlety.) At Chanel, the unique savoir faire of the company’s ateliers allowed Karl Lagerfeld to deliver an exquisite theme-and-variation line-up of beautiful specimens. It all looked a lot lighter than usual, which was a relief. Giambattista Valli, too, went for couture that was appropriately couture-like, lavishly exploring the tactile joys of flowery surfaces and the rigorous simplicity of Empire draping. 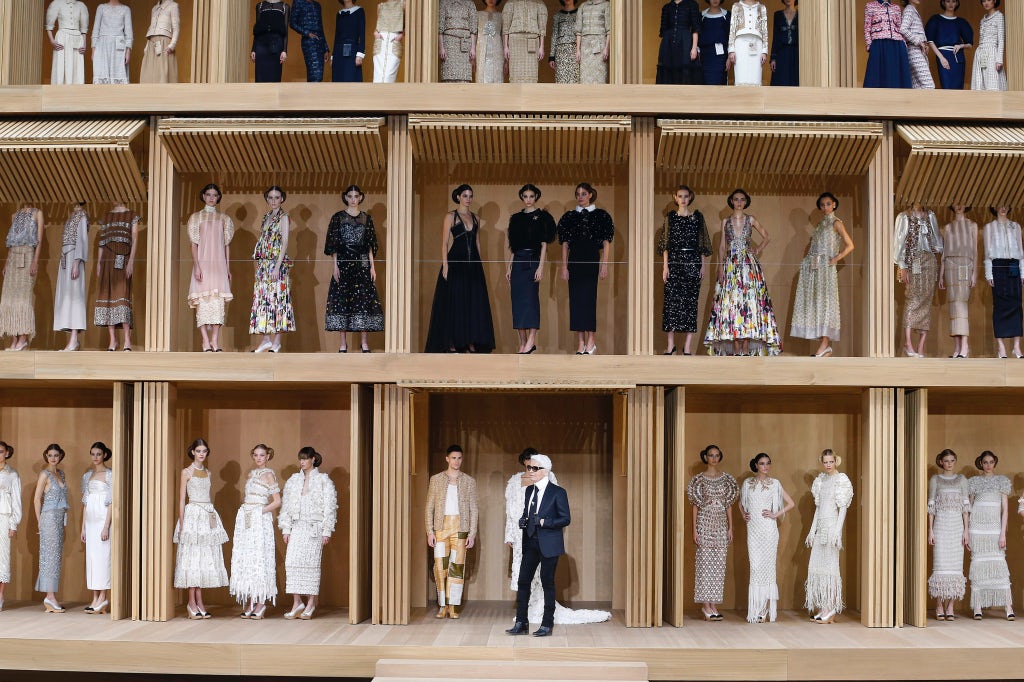 As for the rest? It was, honestly, a mess. Viktor & Rolf draw on wonderfully skilled technicians, but the artiness of their collections has reached such levels of detachment from the reality of clothes-making that they risk irrelevance. Donatella Versace, who over the past few season has put the Versace label back on track, delivering some seriously punchy collections, took a worrying about-face at Atelier Versace. The athletic inspiration was a good start, but it was carried off in an amateurish way. For a start, there was little consideration for the body as a living and moving organism: the many straps and cut-outs might have looked great on a dummy, but when the models moved down the runway, it was a fest of awkward lumps and distracting bumps. 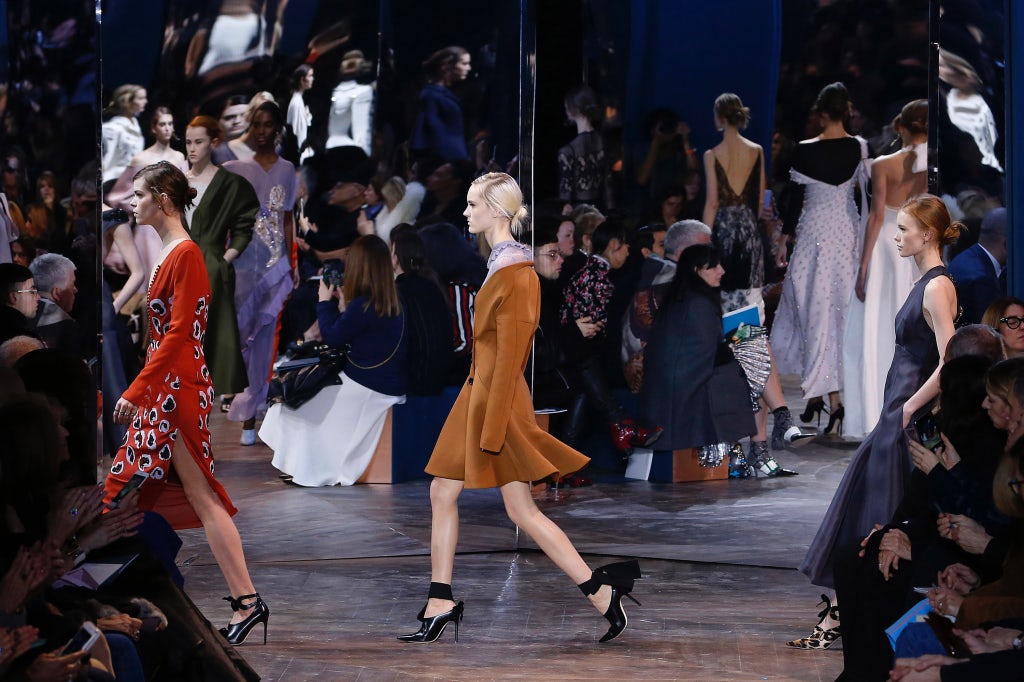 Giorgio Armani's stress on the shiny and the stiff, even when he goes for something as light and movable as waves, has always made his Privé collections feel more industrial than artisanal. At Dior, meanwhile, the lack of a creative director was apparent. So was the missing sense of grandeur, which has always been integral to the house, even through the modernist tenure of Raf Simons. This time the goings, despite the requisite bar jacket, all sculpted waist and architectural construction, went a bit askew, a tad dangly. The clothes seemed to be constantly in peril of falling off the body. It was probably intentional, but it did not come off quite right. Jean-Paul Gaultier cannot be accused of taking sartorial matters lazily. His collections are an ode to a certain French allure and voluptuous construction. Yet they are shown in such old-looking, theatrical ways that they almost lose all their charm. The celebration of Paris nightclub Le Palace — and with that the longing for a long-lost era of hedonism and debauchery — was particularly nostalgic, which left you with a bitter taste of sadness. Gaultier simply has not accepted that time passes. 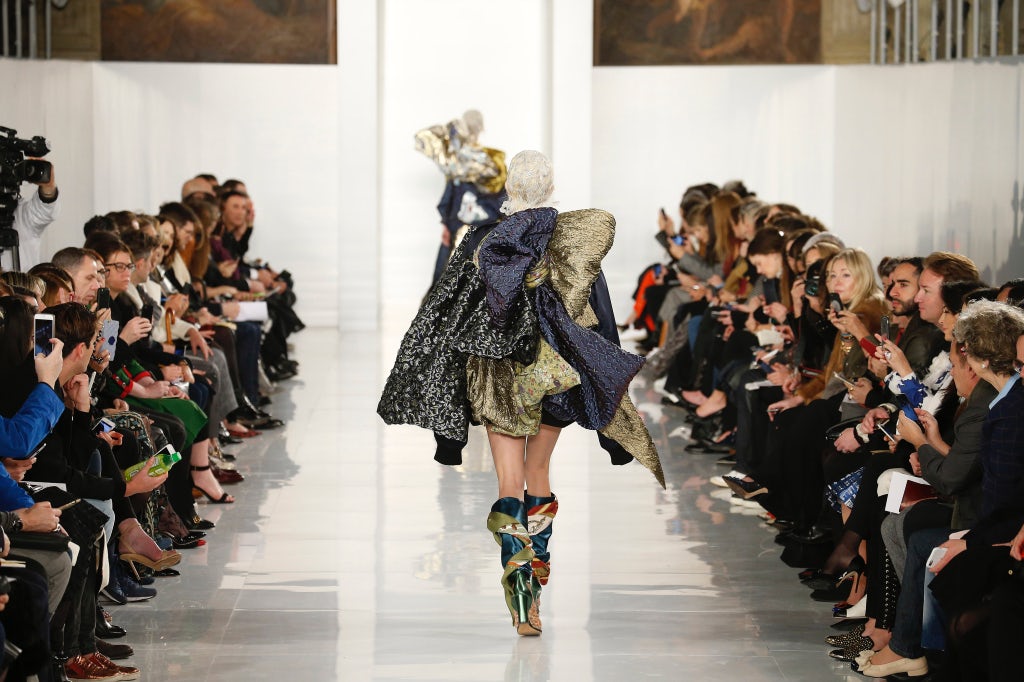 Which brings us back to the subject of melancholia. Nowhere was this more apparent than in John Galliano's fabulously bonkers collection for Maison Margiela, which crescendoed from lean and white to humongous and multi-textural. You could see the work of a true master — and Galliano is this, hands down — both enjoying the dialogue with Margiela's offbeat sartorial spirit and struggling to prove the relevance of his own genius as character-maker. It made for an electrifying tension, translated into exquisite atelier work. It also amplified the feeling of escapism and abandon coursing through fashion at the moment: Galliano's characters keep dancing in their fabulous bubble as the world rots away. It was touching, yet it left an unanswered question: what for?