But, of course, much much more has changed for the bi-annual event than simply its name. Last January, it was announced that the London men’s schedule would lose its biggest hitter: Burberry. The British luxury brand announced that it was combining its men’s and women’s shows, setting in motion a series of similar announcements from other brands and calling into question the long-term purpose of menswear weeks. 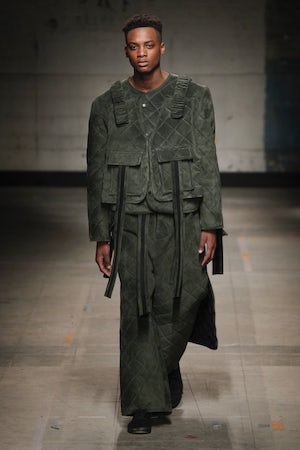 Meanwhile, the British industry is also facing the uncertainty of Brexit and what it will mean for the local fashion sector, which is made up of many small, fledgling businesses in the fragile, early stages of their development. Indeed, the biggest names of London Fashion Week Men’s are Craig Green, Wales Bonner and Charles Jeffrey — all labels that are under five years old — as well as the relative stalwart, J.W. Anderson, whose business is backed by LVMH but is tiny in comparison to the group’s behemoth luxury brands.

Small brands are already feeling the pinch of Brexit, which caused the pound to plummet versus other international currencies. At her restrained and considered presentation, Phoebe English told BoF: “The reality is only starting to kick in for us all. Being a small business we have to be so mindful of our price point, it can really make or break a label, especially when you're competing against much larger brands that have a much larger ability to negotiate on prices. The fabrics we buy are getting much more expensive and I can already feel that in my price point.”

Her sentiments were echoed by a number of other designers, including Christopher Shannon and Agi & Sam, whose businesses incur expenses in sterling, but whose production costs and fabric buys are priced in Euros. “We deal with a lot of suppliers in Europe, so it's made things a bit more expensive, but we produce everywhere from Hong Kong to London,” said Agi Mdumulla. “It’s more the feeling,” he continued. 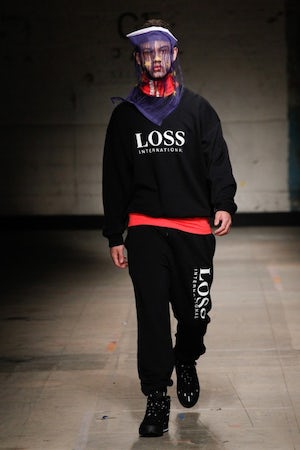 Unsurprisingly, this feeling manifested itself on the catwalk too, where politics went beyond the superficial. Protectionism and utility were both major themes especially in Craig Green’s voluminous, padded silhouettes — perfect insulation in turbulent times. But London’s youngest generation of new names spelt it out even more overtly. From Charles Jeffrey’s warhead-shaped papier-mâché mash up of the US flag, to Liam Hodges’ slogans and Christopher Shannon’s riffs on branding and the impactful flag-face masks made in collaboration with Rottingdean Bazaar’s James Theseus Buck.

The result was a vital and potent commentary from a group of young designers grappling with the apparent cultural regression they see around them. In a collection that married urban flair with arcane mysticism, Grace Wales Bonner told BoF that she sought to “give different cultures similar values” — a succinct but powerful message. There is a new kind of Blitz kid in London: not galvanised by bombs in the 1940s, nor different kinds of bombs at the now infamous club night in the 1980s that proved such a febrile breeding ground for creative talent, but by the erosion of the liberal ideals they have grown up with.

“There definitely seems to be a call to arms, which is heartwarming to see,” says Phoebe English. “Most of us know each other really well, and have done since we were quite young. I can't say that we socialise that much because we're working all the time, but we're very aware of what each of us is doing. I can only speak from my own experience but in these times I have definitely felt the need to ask myself difficult questions about what I am doing, and why I am doing it. Not just making lots of product,” she continues.

And in times such as these, the absence of the bigger commercial names from the schedule (Alexander McQueen and Coach both also dropped off this season) became a boon. At the beginning of the week London mayor Sadiq Khan told journalists that more international press and buyers were attending the showcase than ever before. And the spotlight was firmly placed on London’s newest generation of design businesses. 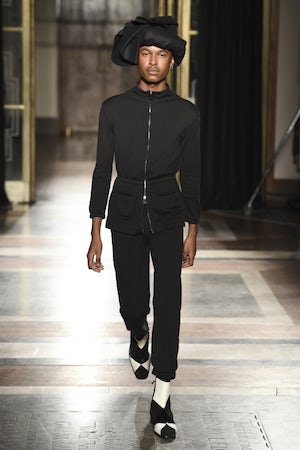 "In such straightened times, creativity flourishes. As it always does. It's that British thing, the Blitz spirit. When its back is against the wall, that is when London comes into its own,” says Tim Blanks, editor-at-large at The Business of Fashion.

“It often feels like our views are underrepresented,” adds Daniel Fletcher, whose beautifully executed 1970s-inspired collection referenced a period that faced its own cultural and political turmoil.

“I wanted to start 2017 with a collection that sends a positive message, a message of community and empowerment. Whilst we have a platform, we should use it to do something positive. For Spring/Summer 2017, instead of doing a presentation, we street-cast some friends, and essentially protested against Brexit outside of the show venue. And the next day it was in The New York Times. We stood up for something we believed in and it had an impact. And that’s something that we will continue to do.”

"Passivity is a luxury no one can afford anymore," says English. "We have to be an active generation. It's down to us how things play out now and we will be dealing with the consequences of this decision for the rest of our careers," she continues.