NEW YORK, United States — It was the emotional highlight of all of New York Fashion Week. On Friday night at Spring Studios, Telfar Clemens presented an unforgettable production for Autumn 2018. Instead of anything resembling a traditional runway show or presentation, the designer enlisted a group of talented musicians and friends led by Dev Hynes and Ian Isiah to collaborate on a song and perform together in concert live. The energy was intimate, inclusive and defiant — a fitting exhibition for Clemens' unisex pants in denim and leather and slashed silk shirts.

Clemens is far from a newcomer to fashion — he started his namesake brand in 2005 — but his name is still largely unknown outside of New York. When he won the 2017 CFDA Vogue/Fashion Fund, it marked a turning point for not only his business, but also for the way the industry views him. He is still, however, forging a path outside of the system, a strategy that has its advantages in a city where fashion week is in transition and grabbing the customers’ attention is increasingly challenging and expensive.

“Young brands rely upon this platform to show their collections to the world and to buyers that are in town,” says Gary Wassner, the founder of Hilldun, a factoring firm that provides young designers with loans and other forms of credit. He is also the chairman of Interluxe, an investment firm (the backer of Jason Wu, among others).

“Marketing is expensive," he adds. "The big brands are pumping all of their marketing dollars into digital." Without those funds, smaller labels are rethinking their approach because digital promotion isn’t as democratic as it once was.

What is a new or emerging label with limited resources to do in order to break through the noise? The same thing established brands are desperate to achieve: build communities of audiences that create the noise with and for them. 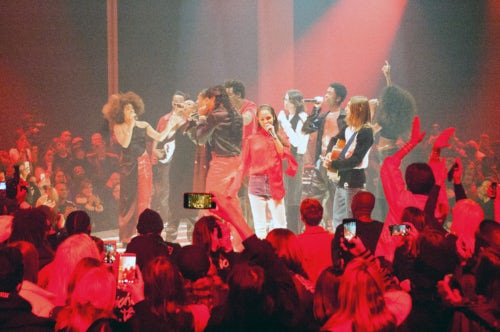 This season in New York, approaches to fostering community fell largely into two categories. Some brands — like Telfar, Gypsy Sport and Vaquera — develop loyal followings around their political stances or ideology, even if they don’t actually produce or sell very much product. Then there are other up-and-coming brands known mostly for the product itself, like R13, Maryam Nassir Zadeh, Creatures of Comfort and Mansur Gavriel. The story around the brand is less important.

Rio Uribe of Gypsy Sport, the fearless gender-boundary pushing label, exemplifies the first approach. The designer delivered his most commercial collection yet on Sunday at Chelsea Piers, but most of Gypsy Sport’s sales still come through custom orders. His collections are usually explosions of colour, but this season he proposed black and white instead, a response to the current political climate. “There is so much policing of our bodies and our genders,” he said. “I wanted to use that restraint on myself…. I hope that this is a very New York friendly collection.”

The raucous audience loved every minute of show, which featured some of the most diverse casting of the week. This season, the brand enlisted trans model and activist Munroe Bergdorf and, much to everyone’s delight, the 10-year-old “drag kid” Desmond Napoles — confirming Gypsy Sport is home to those who reject labels and conventions.

The casting was also expectedly inclusive at Chromat, where designer Becca McCharen-Tran’s swimwear-focused business has become a platform for the kind of body positivity many fashion labels only pretend to care about. The Summer 2018 collection she presented was about outdoor adventure as a form of escape: models carried or were adorned with floaty pool noodles and many had Cheetos chips strapped onto their pants. She wanted to create an escape from “the spiral” of reality. “When the world is spiraling downwards, I feel lucky to be surrounded by so many creative people here, and that really keeps me afloat,” she said. The show was a sweet celebration of the human body, in its many incarnations. 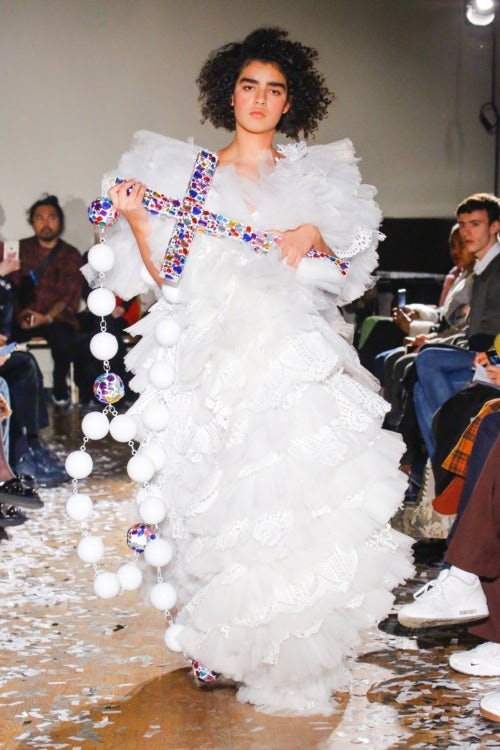 Over at Vaquera, the four founders and designers are a creative community in their own right. Patric DiCaprio, Bryn Taubensee, Claire Sully and David Moses examined the iconography of religion — think nun’s habits or a version of a costume devil — and mixed it with symbols of capitalism and gambling — a showgirl, harlequin or combination of both.

Like Gypsy Sport, this was their most commercial collection to date, because individually, many of the pieces were quite wearable, such as the printed New York skyline coat that opened the show. “It’s easier in a way to do a crazy collection than one that is more refined and it’s really exciting that we can do that now,” said Taubensee. The foursome are trying hard to make Vaquera into a viable business by pursuing more retail accounts.

For brands that already have a strong network of stockists, the goals of a fashion show are different. R13, the once under-the-radar denim brand founded by former Ralph Lauren vice president Chris Leba in 2009, has quietly grown into a substantial wholesale business and expanded categories that inhabit Leba’s punk and grunge-inspired attitude. The Autumn 2018 collection featured oversized outerwear and graphic leggings that remixed camping staples with kitschy printed images of wildlife and Keystone Pipeline protests. He set out to reflect the zeitgeist and nailed it, incorporating streetwear silhouettes and an ironic sense of humour.

Jade Lai opened Creatures of Comfort in 2005. Back then, it was a multi-brand boutique on Los Angeles’ Melrose Avenue. Today, she owns two stores — one on the east side of LA, another in New York — primarily populated with her own designs, which she began producing a decade ago. Her latest collection’s mix of prints and textures in masculine silhouettes is likely to satisfy fans of her loose and playful style.

Another retailer presenting a compelling vision of femininity is Maryam Nassir Zadeh, who opened her influential boutique in 2008 and launched her namesake label in 2012. This season she balanced highlighter yellow tones and patent leather skirts with soft asymmetrical linen blouses. Nassir Zadeh made her label’s name on her shoes, and introduced a particularly fetching PVC clear knee-high boot with a soft leather toe that caught the attention of a captive audience on the last day of fashion week. 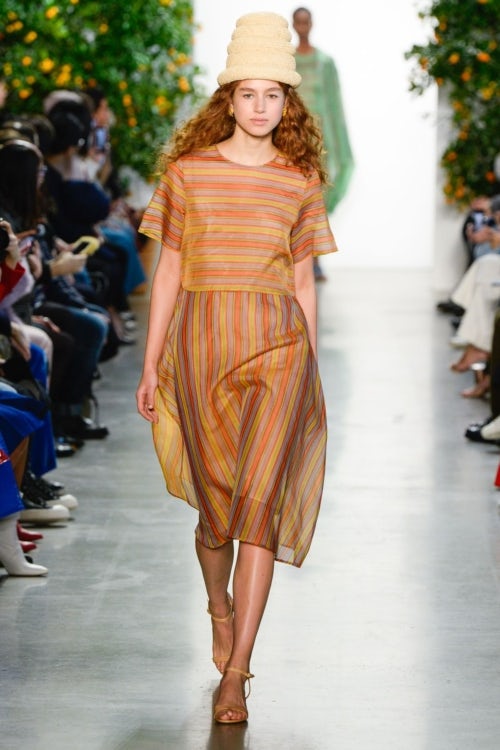 For women who identify with neither Creatures of Comfort’s sense of humour nor the acquired taste of Maryam Nassir Zadeh, Mansur Gavriel has emerged as a serious contender for the ready-to-wear market. Designers Rachel Mansur and Floriana Gavriel presented their second-ever runway show on Sunday, featuring cotton sleeveless pleated dresses and linen flare pants that out-shined the accessories in their unbothered elegance.

And finally, there was Pyer Moss, the label established in 2013 by Kerby Jean-Raymond. He has a reputation for producing some of the most political fashion shows in recent years, but the collections didn’t always reach the same level of ambition.

His compelling Autumn/Winter 2018 effort, which featured a new collaboration with Reebok and a talented live choir, was a total reboot. Titled “America Also,” it was inspired by underrepresented Americans like Bill Pickett, a largely forgotten and pioneering black cowboy. “We wanted to give the narrative a rewrite,” said Jean-Raymond. “I just thought about what would make me proud to come [to work] every morning.”

When the audience gave him a standing ovation at the end of the show, it was clear his community felt proud, too. The hope, of course, is that they will back it up at the cash register.