PARIS, France — Can hype be a substitute for design talent and, more importantly, for substance? It can, but only for a short period of time, because hype-driven success has a tendency to deflate quickly. That’s what we are seeing in fashion at present: a moment of the truth for hype labels. Only the strongest will survive.

Heron Preston has clearly taken strides with his namesake brand. Truth be told, the multi-disciplinary Preston has never presented himself as a fashion force. Having studied both design and marketing, he took a spot on the scene with a collection of streetwear. This season, he matured to workwear, which made for a pragmatic outing with a uniform feel, for both men and women. Nothing groundbreaking, but he put his personal stamp on things with both the slightly boxy shapes and painterly colour combinations.

It would be unfair to talk about hype with GmbH, the Berlin-based brainchild of Benjamin Huseby and Serhat Isik, even though, certainly, the label came to prominence out of nowhere at a moment when fashion favoured grit, and that included slightly brutal pattern making. Their grittiness remained for a while, but over time has evaporated as Huseby and Isik found their way with a layered, multicultural aesthetic with just a zing of brutalism — it’s out of Berlin after all.

This was the duo’s most mature outing so far, and also their most melodic. What came to the fore were the silhouette-redefining, curvaceous cuts of the tailoring - which was gorgeous — and the luscious silk printed pieces with zodiac motifs. At times, the collection looked like it needed a vigorous edit, a bit like the Ylem — or primordial matter — the two proclaimed as inspiration. Like primordial matter, however, the show was full of potential. 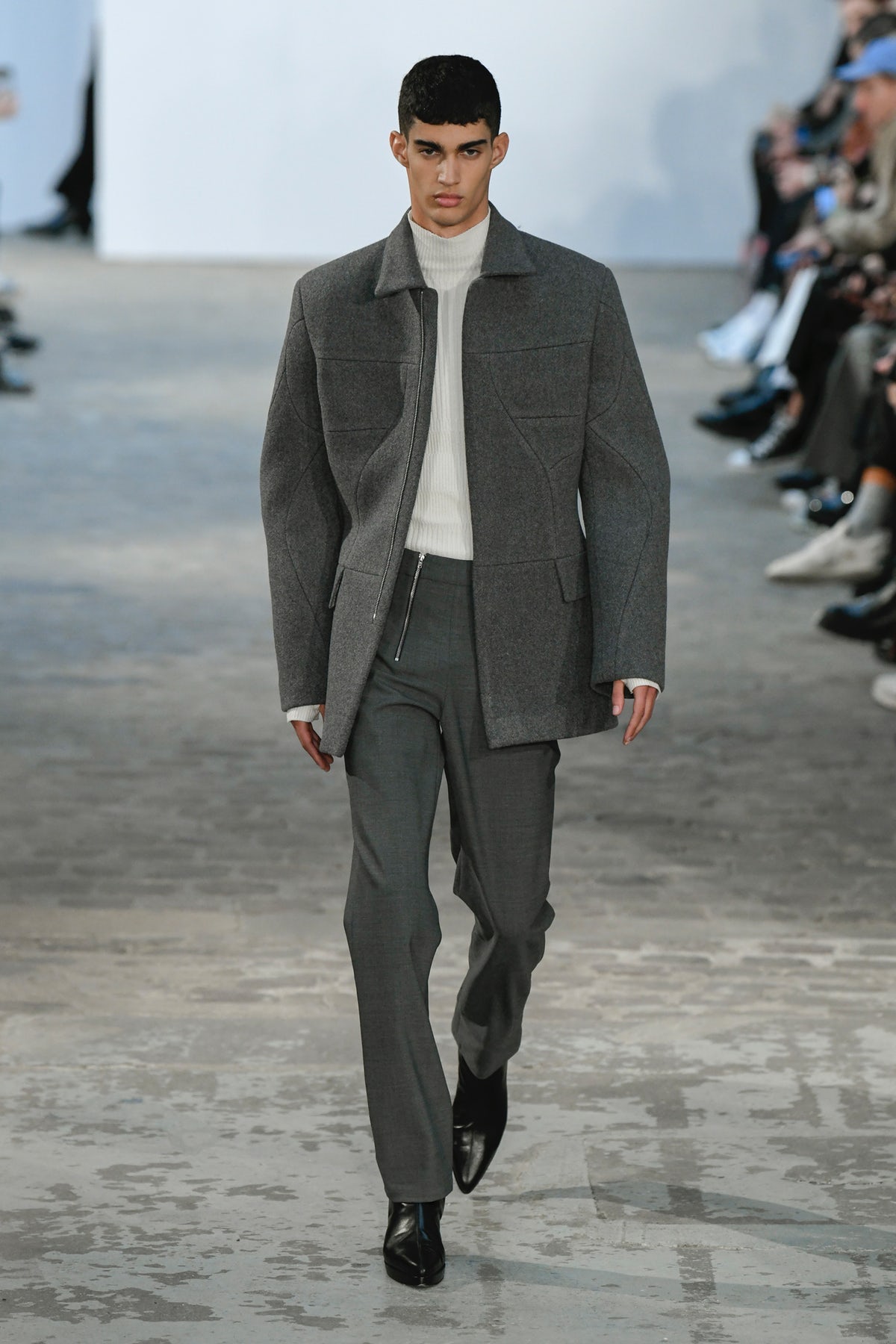 With Demna Gvasalia having left the collective, all eyes were on Vetements to see if the label could maintain its hype. The strategy, despite the #newVetements hashtag on the press release, was as simple as keeping it, more or less, where it was, from the hoodies to the humongous tailoring, from the uniforms to the spiky heels to the extra ugly casting. It all looked like a formula, and quite boring to be honest. What saved it a bit, by way of twisted irony, were the lookalikes among the models — Kate Moss, Angelina Jolie, Mike Tyson, etc: just perfect for a brand that’s little more than a lookalike of its past. 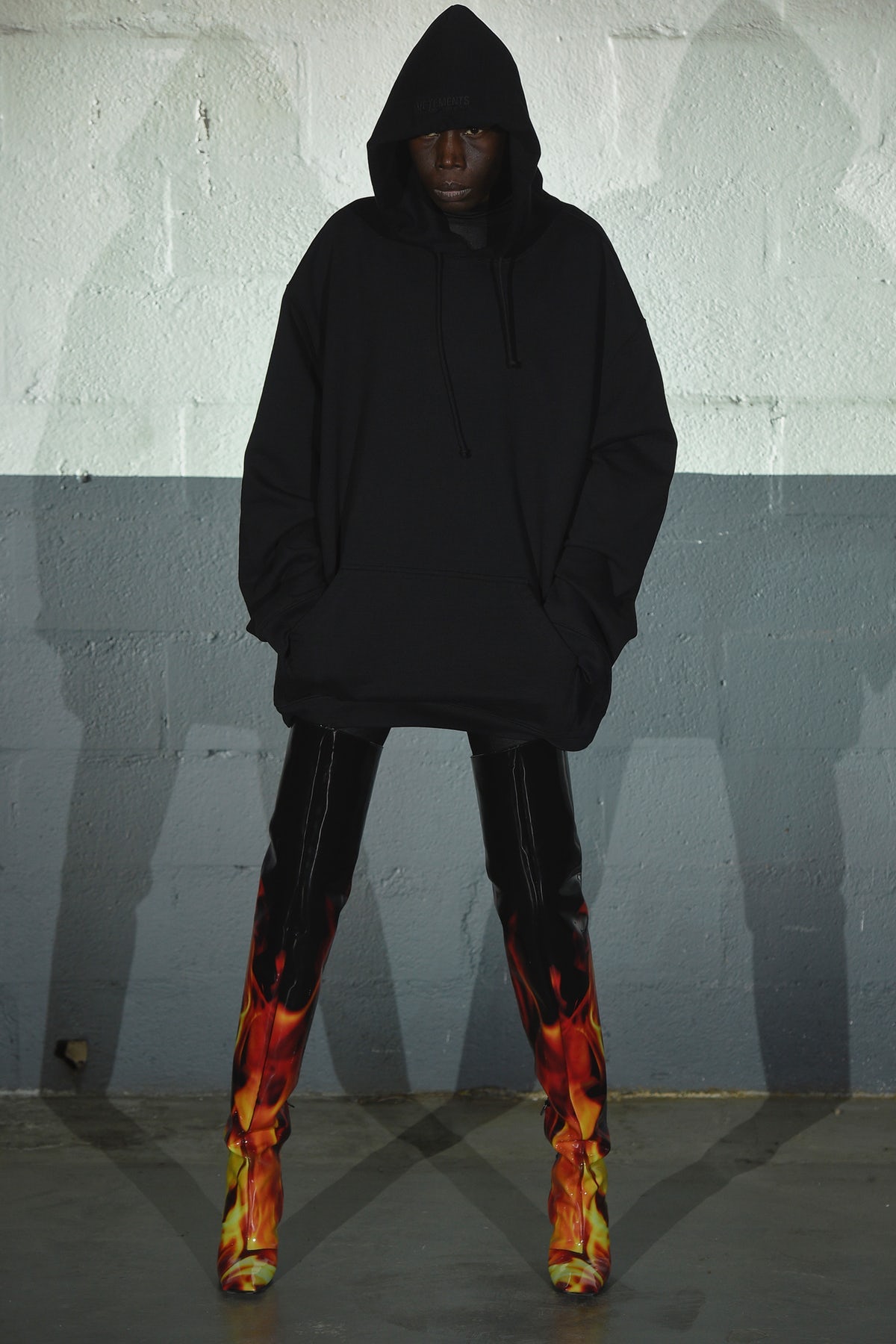 At Balmain, Olivier Rousteing has built a strong and dedicated following by simply being himself, no hype needed. You can either like it or hate it, but it is authentically him. This collection felt particularly personal to Rousteing, who recently discovered his Ethiopian and Somali origins. As an adopted child, he also knows very well the codes of the French bourgeoisie. This all translated into a mix of voluptuous draping, strong shouldered tailoring and baroque prints on silk. Balmain’s glitz was toned down in favour of something softer. It made for a warm outing with a charming bit of early 80s Versace nostalgia. 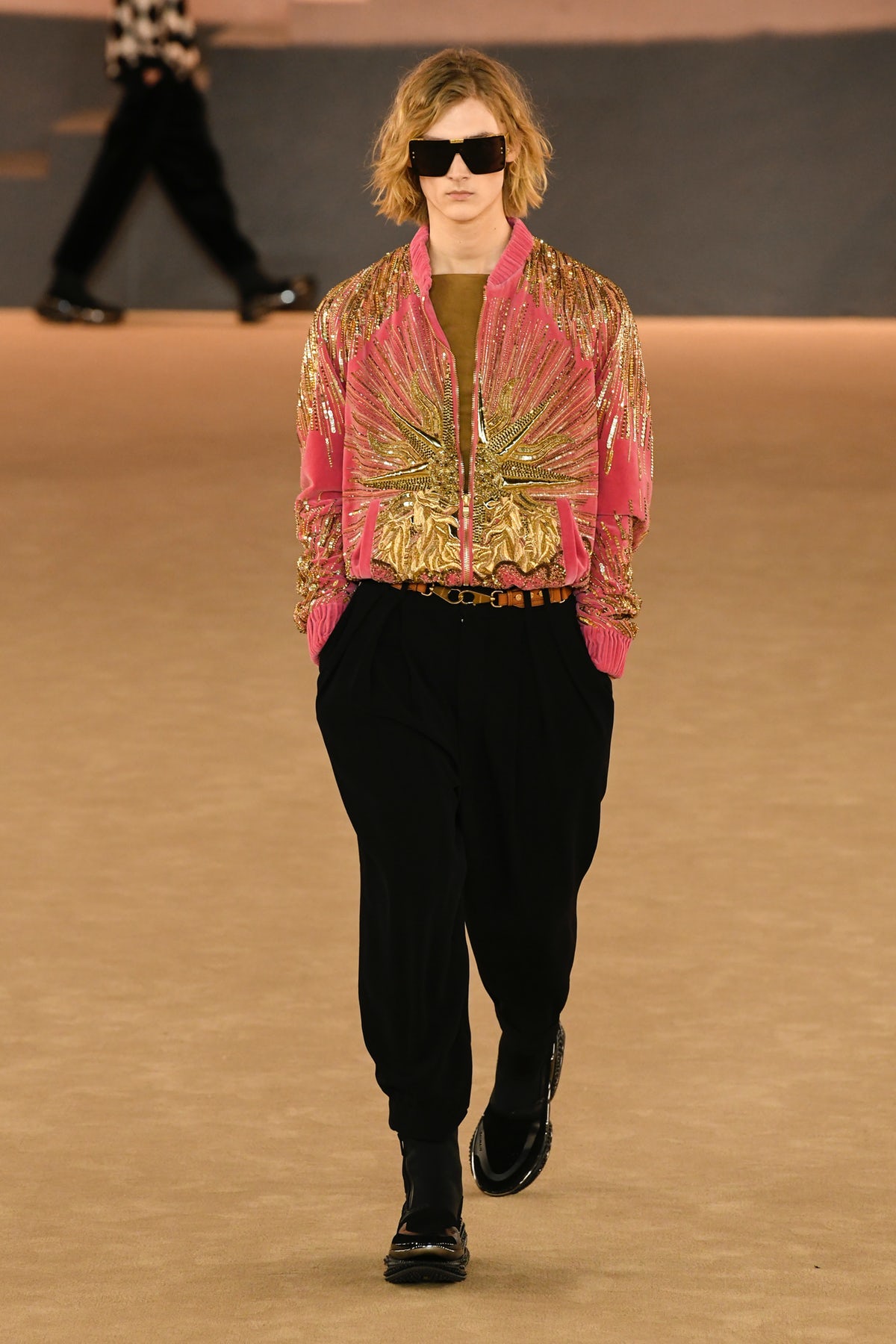