From Kenzo and Ami to Balmain and Hermès, labels cooked up menswear recipes for fans and followers.

From Kenzo and Ami to Balmain and Hermès, labels cooked up menswear recipes for fans and followers.

PARIS, France — Idols. Isn't that what many designers aspire to become? This is even truer today, in an era of fast but ultimately fickle Internet stardom. Kenzo's Carol Lim and Humberto Leon explored the topic in a finely tuned collection of piercingly eye-catching, graphic separates; evolved streetwear with a faint Japanese tingle. Doing away with overly wrought concepts and heavy styling, the designers played to their strengths. They have a certain ability to create items that ignite desire and the coats, shirts and trousers, swarming with geometric motifs, looked like contenders for 'must-have' status. Although not particularly revolutionary in terms of design, they still came across as fairly singular. It's what their fans want and this collection delivered an even more street-savvy, punch than usual. 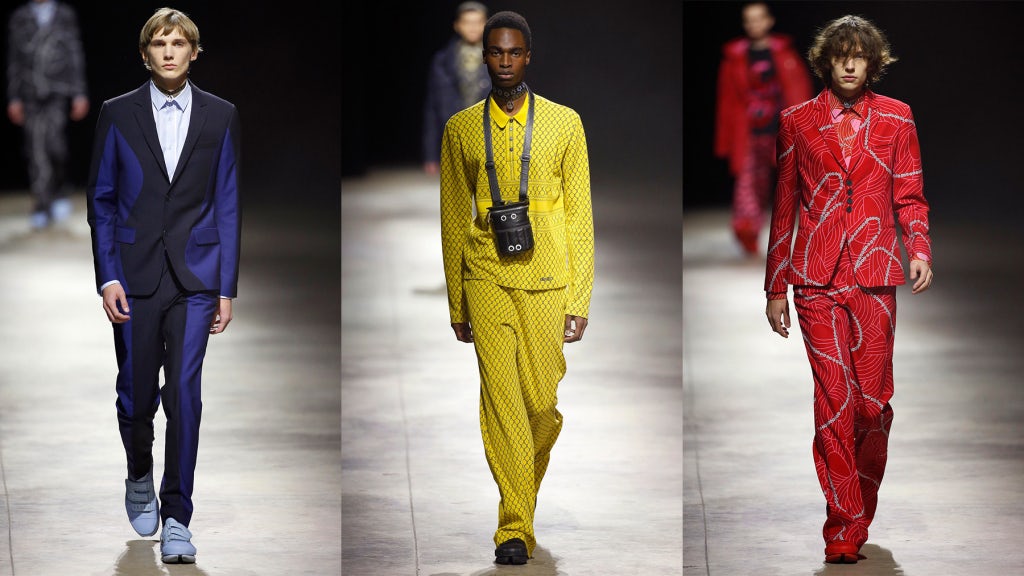 Frustrating experiences can fuel unexpected creative outbursts. For Jonny Johansson at Acne Studios, the post-adolescent memories of compulsory military service in his native Sweden were the starting point for an exploration of volume and texture that put the label resolutely back on track. The collection merged sharp lines, 1940s tailoring and offbeat touches with a flair for haphazard mismatches. Military smocks appeared under double-breasted blazers, while baroque motifs decorated shrunken peacoats and bows were added to loafers. For the first time in a while, the catwalk proposition had a reality factor that, coupled with eccentric flourishes (furry shoes, white foulards), did justice to Acne's own brand of misaligned pragmatism. 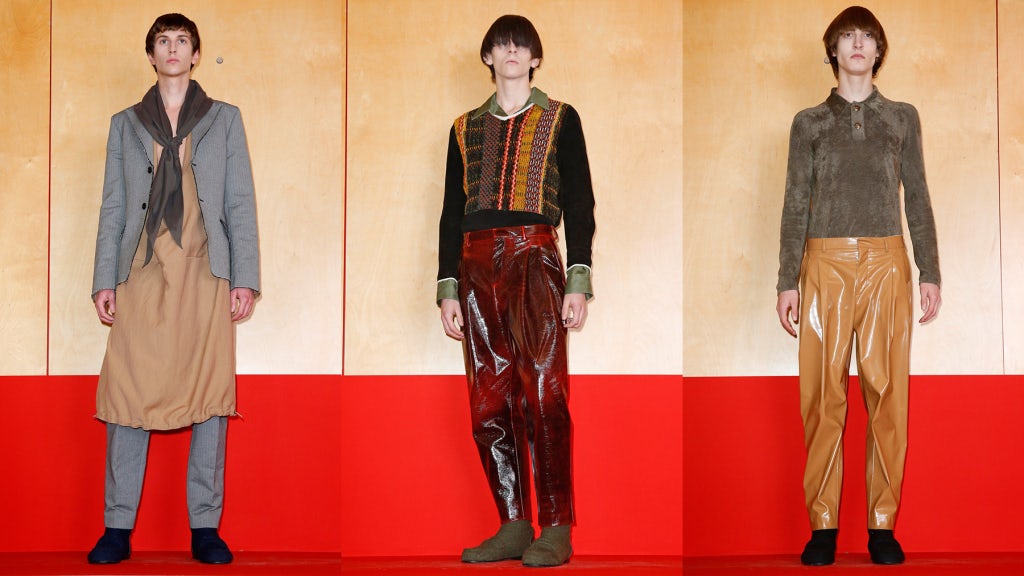 In a season where waifs and Eastern Block outcasts seem to be the dominant casting options, beefy bulls made a striking reappearance at Balmain, where creative director Olivier Rousteing rallied for a return to pumped-up masculinity, complete with body-enhancing uniforms, cropped strong-shouldered jackets, decadent velvets, skintight trousers and indulgent embroideries. Rousteing is the herald of the peacock-y, unabashed übermensch, which is making waves among his celebrity peers, but leaves you wondering how the aesthetic can be translated for everyday life — even if it was all beautifully done at almost a couture-like level. 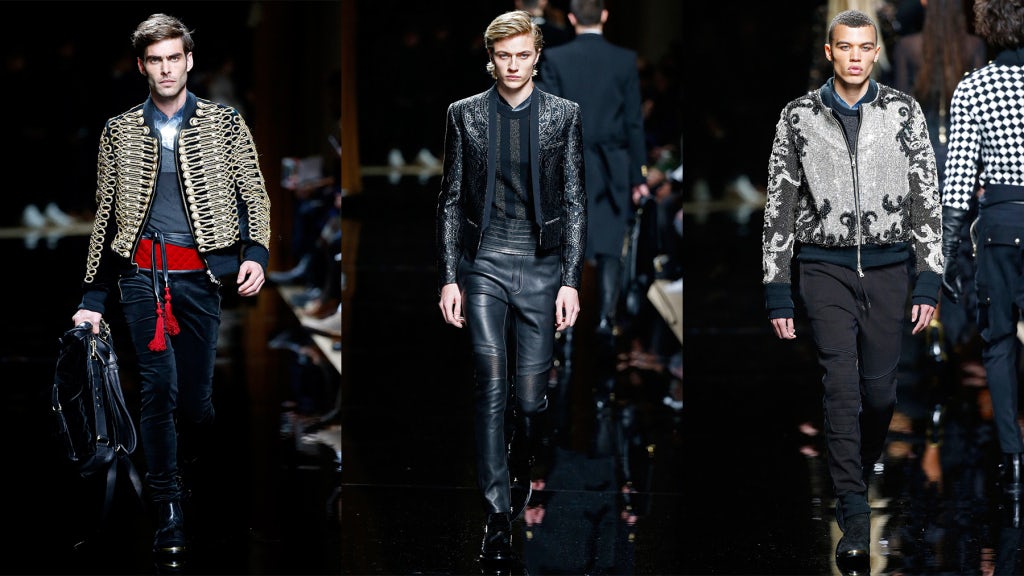 At Palm Angels, Francesco Ragazzi struck a chord with his debut show for the label. In tune with Paris' current aesthetic preoccupations — disenchanted youth and tribalism — the show provided something of a linkage between the grittiness of Vetements and the heightened normality of Alexandre Mattiussi's Ami. This is not meant as criticism. Although not particularly novel, Palm Angels had both charm and spontaneous energy. Hopefully it's a prelude to a promising future. 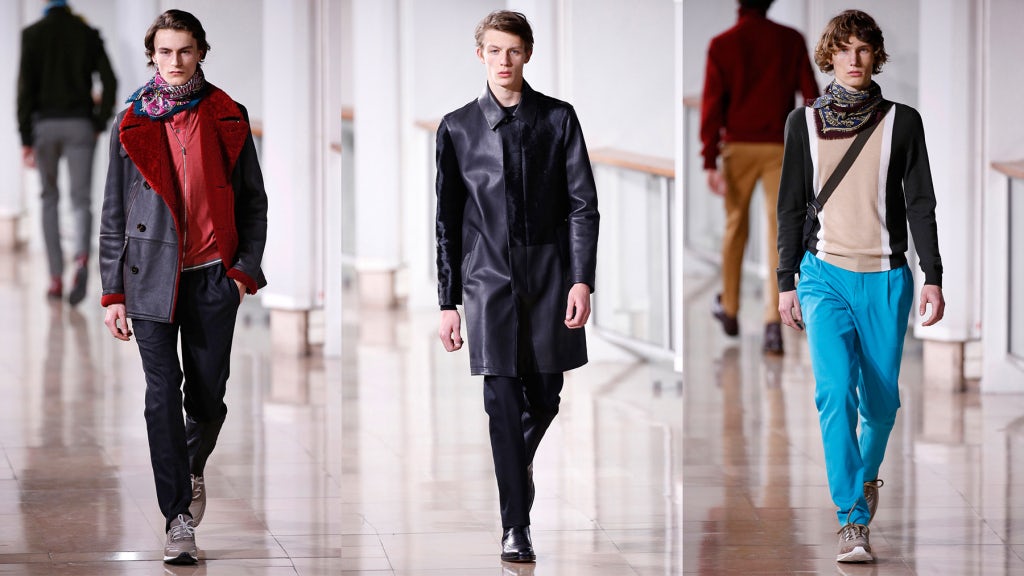 The show notes at Hermès promised colour vibration, mismatched compositions, textured contrasts and surface effects. And so it was: bright flashes of solid hues for jackets, trousers and sneakers worn throughout; a playful mix of leathers and matte wools; barely perceptible jacquards on black and midnight blue evening-wear, all in line with what Veronique Nichanian has been pushing over the past few seasons. To be sure, Hermès menswear is a feat of true luxury — incredible materials and impeccable tailoring, which needs to be touched and worn in order to be fully appreciated. Indeed, this is what real luxury should be: a private pleasure. 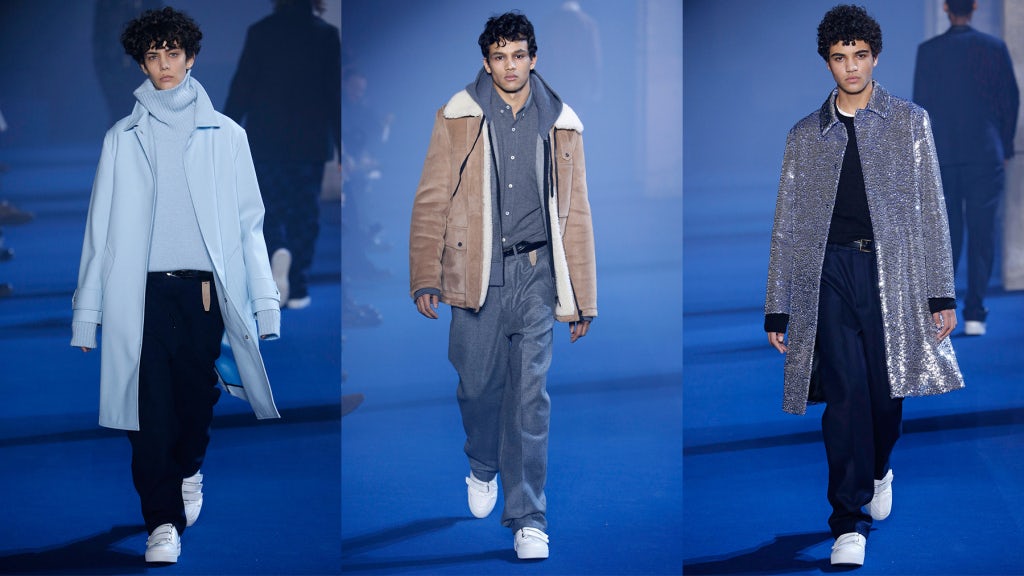 The thick fog hovering over the Ami catwalk — a beautiful scenic device — I read as a metaphor. Is the buzz around this fast rising brand just smoke and mirrors? Thankfully not. Although Alexandre Mattiussi is hardly an original — echoes of Dries Van Noten, Nino Cerruti and even early Armani can be detected in his work — he has a personal method of cooking it all up. With its loose volumes and tactile damier intarsia, this new collection offered notable stylistic improvement and plenty of covetable items.