MILAN, Italy — Let’s play a game: spot the reference. It’s an easy one to do: everything in fashion is so referential right now. This week in Milan, the references keep pointing to Prada, the Milanese master of twisted chic. Even Mrs Prada is referencing herself, so imagine the collections of the designers who have been in awe of her forever. 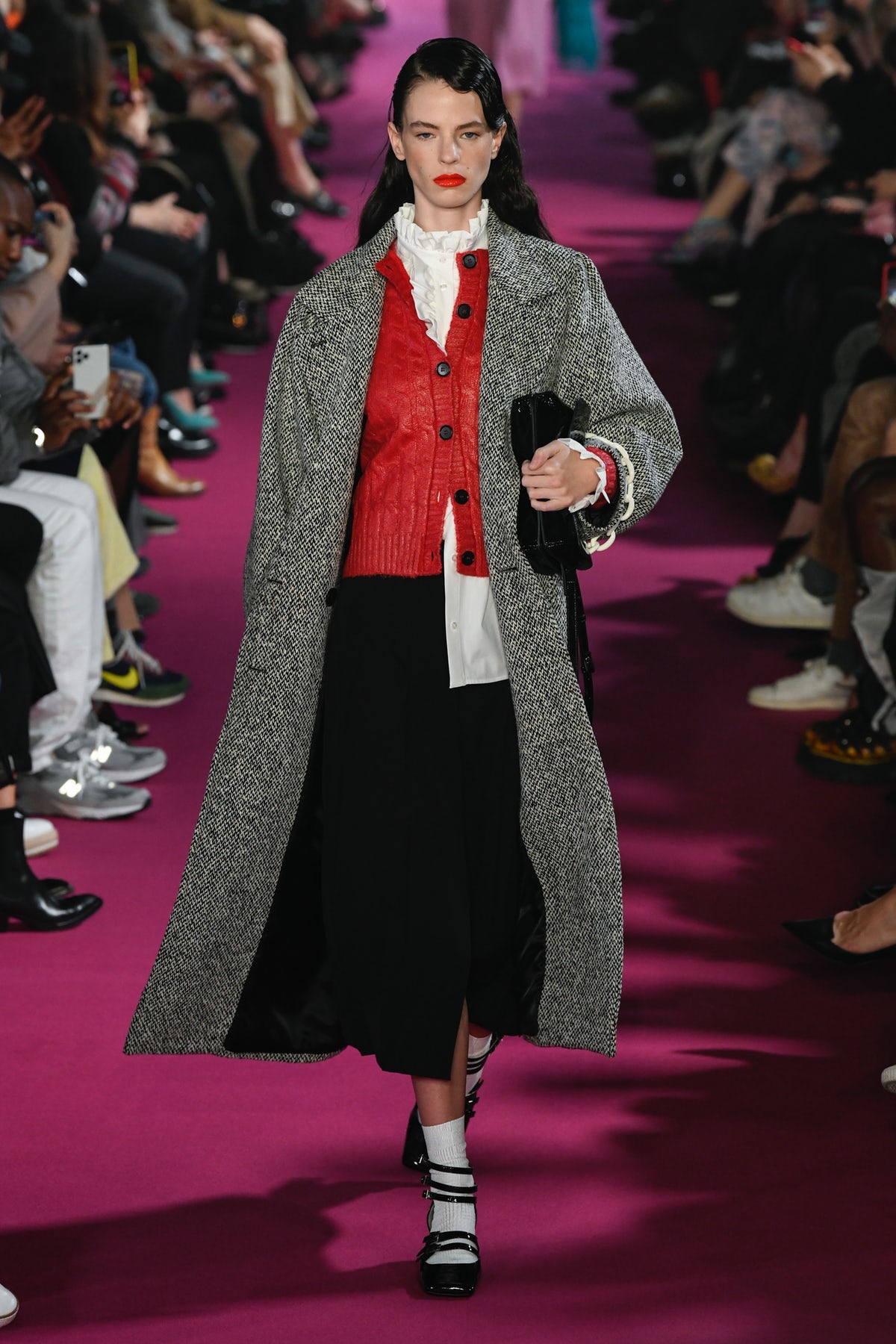 There was a bit of that distinctively naive Miu Miu perversion mixed with Prada’s powerful sense of womanhood at MSGM, where Massimo Giorgetti keeps forging the new course for the brand: still young, but slightly dressier, more proper, more grown up. There was a lot of Balenciaga, too. Still, Giorgetti has a charming way with appropriation. The way he mixes these references is all his own: very upbeat and pop. This season, he continued the collaboration with Italy’s master of horror films, Dario Argento, which came to life with hallucinating colours — very Suspiria — a goulish soundtrack and rather catchy allover prints devised from Argento’s movie posters and splashed onto horror belle pussy bow shirts and pleated skirts. Nothing groundbreaking but amusing. 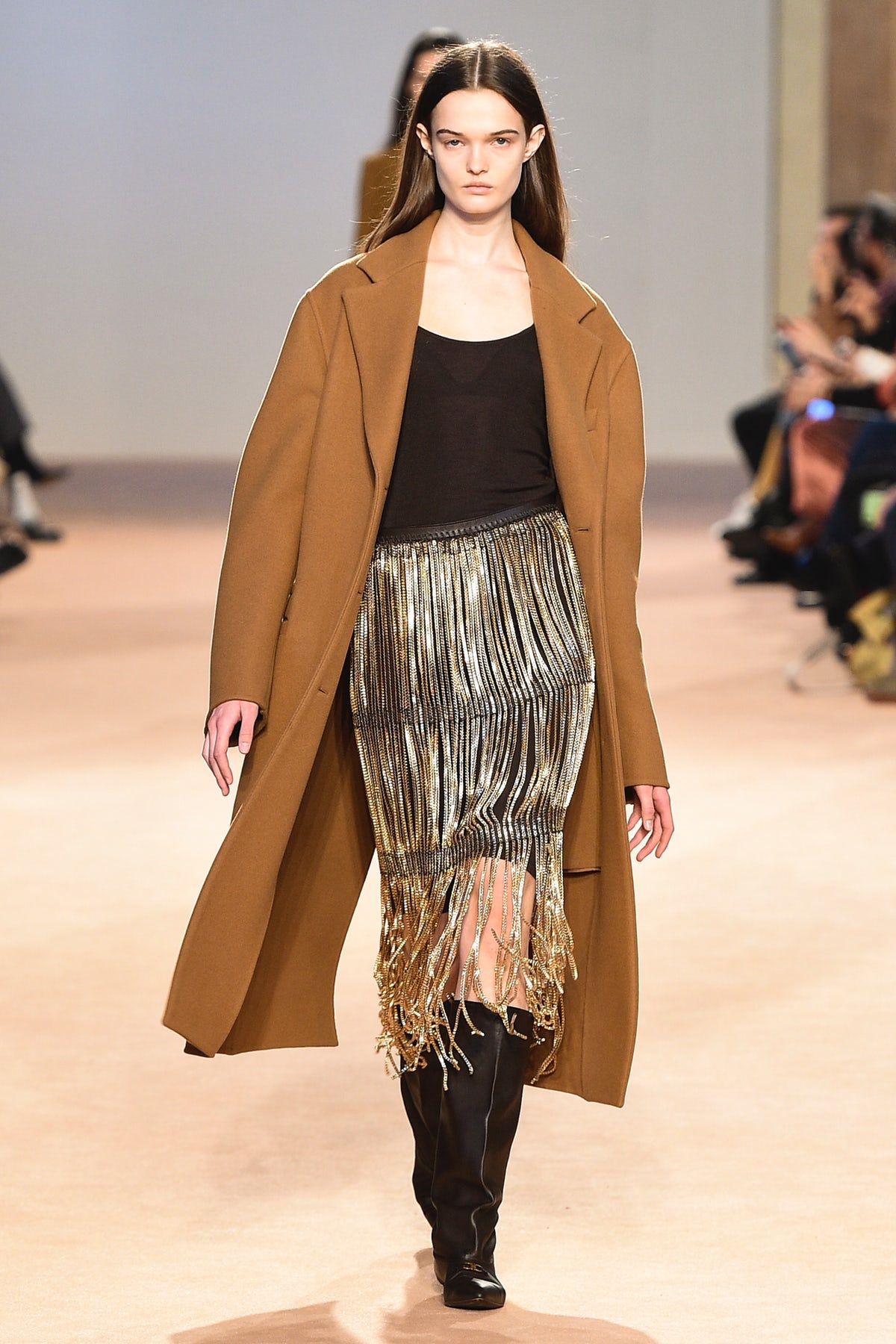 There was a whiff of Prada at Salvatore Ferragamo, too: the chainmail skirt that opened the show was way too Miuccia circa 2002. It may have been just an unfortunate coincidence, however, as this was the single misstep in a collection that focused on gorgeous pieces such as tailored suits and outerwear, leather capes and painterly silk dresses. Backstage, creative director Paul Andrew mentioned as inspiration a remix of the feminine archetypes defined by Carl Jung at the beginning of the 20th century, but that was an unnecessarily intellectual frame. The clothes spoke for themselves with a mix of delicacy and strength, seduction and restraint, masculine and feminine. Andrew came to fashion from accessories and his bags and shoes were smashing. What he needs to fine tune, however, is Ferragamo’s brand image. It could be bolder, perhaps, because all of this restraint is in danger of hiding how good everything actually is. Or maybe it is the Ferragamo family who should trust him more and just let him bloom. 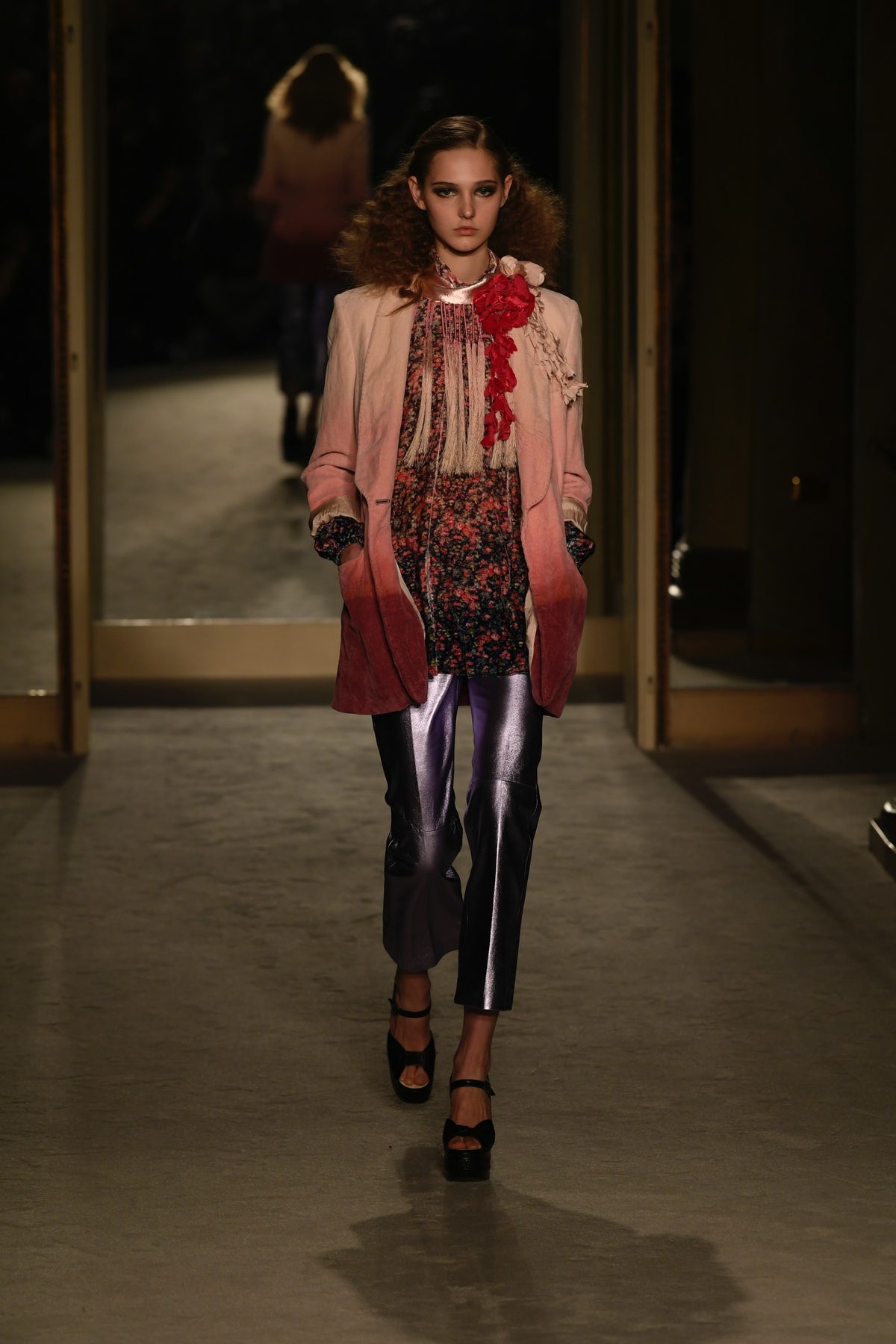 At Philosophy, Lorenzo Serafini’s moodboard had images of David Bowie from the The Man Who Sold the World-era and pictures of Italian singer Patty Pravo in her early Seventies look. The designer talked about the effect of time on clothes and cherishing pieces for decades, and in fact everything had a thrift store sloppy charm to it. Was this progress or devolution? Serafini has ventured out of the Eighties/Nineties trap, but the vision he proposed was way too Seventies vintage, a clash of Biba and Sonia Rykiel, and not convincing at all. 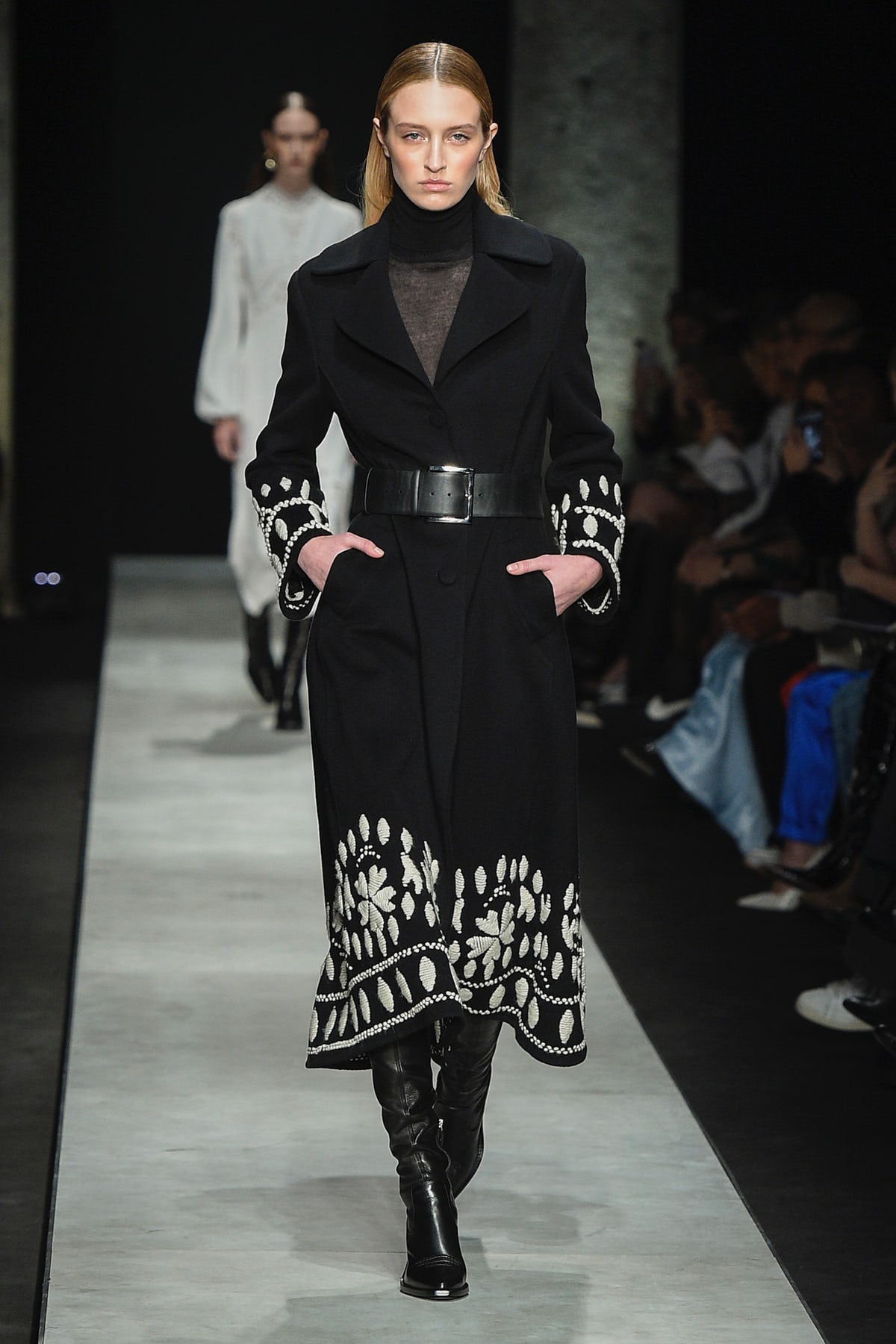 Ermanno Scervino is usually all over the place: way too many ideas woven into each collection, resulting in wonderfully made product with little coherence. This collection marked a welcome step forward, as the whole line up looked more focused. The narrative was a classic one for Scervino: a play between the masculine and the feminine, translated into gorgeous suiting, romantic dresses and elaborately embroidered coats. As ever, the pieces were outstanding technically, but needed more work to make for something truly desirable.