MILAN, Italy — "I've had this idea in the drawer for a very long time, and I thought it was the right moment to finally make it happen,” said Marco De Vincenzo a few minutes before his show, adding with a laugh: "A simple idea, I thought, which in fact turned, technically, into a nightmare.”

So what was the concept? The collection, as a whole, formed a rainbow, in the sense that each outfit was a colour block different from the next, beginning in black and ending in purple, covering the whole spectrum in 47 outfits. It was, frankly, a joy to behold.

Set against the water on the dock of the Naviglio Grande (Milan's canals), a place that has never been used for a fashion show — Carol Christian Poell did something much grittier in the water a long time ago — the rainbow wave felt uplifting. It was also a way for De Vincenzo to move forward, ditching patterns, jacquards and prints to focus on shape, texture and surface. "I had to buy a different fabric for every single outfit,” said De Vincenzo. 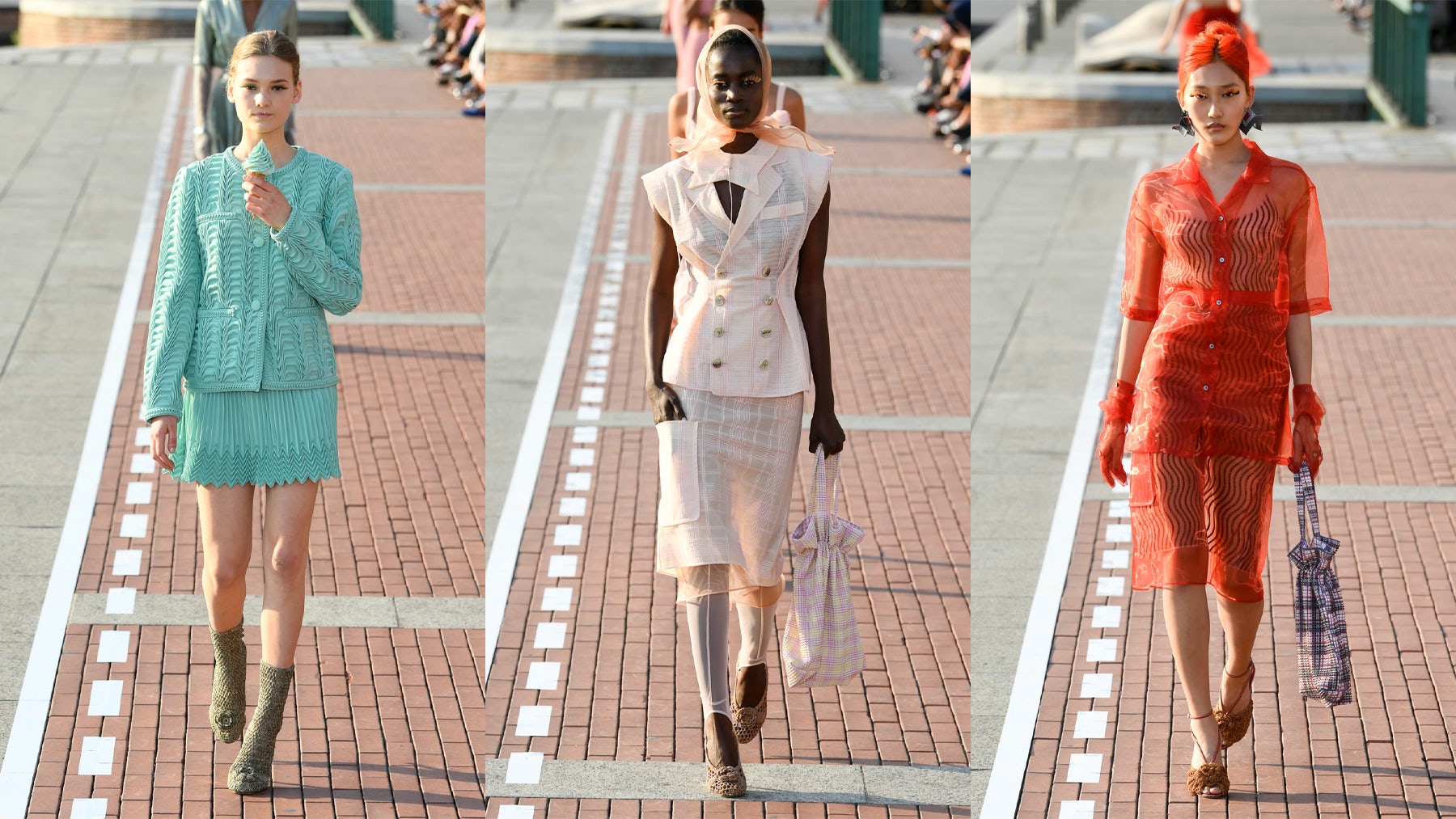 This was one of the most focused and mature outings from the Sicilian designer, who has the rare ability to turn rather ladylike shapes into something psychedelic. The colour blocking helped. Sure, the rainbow was meant to signify diversity, too, but that seemed like a concession to the rhetoric of the moment (though it was surely also heartfelt) and ultimately added very little to the clothes.

Veronica Etro too chose to show en plein air: in the courtyard of Milan's Conservatorio, in one of the most bourgeois areas of the city. Backstage Etro talked about a layering of inspirations, revolving around a bunch of well-to-do ladies on a hedonistic trip to Tangier and Marrakech. You get the picture: floaty dresses and caftans with more than a whiff of the best Zandra Rhodes; bohemian tailoring à la Bianca Jagger or Charlotte Gainsbourg; shorts and so on. It all felt very hippie — in spirit, which is definitely an Etro thing, but not in aesthetic, thank goodness. 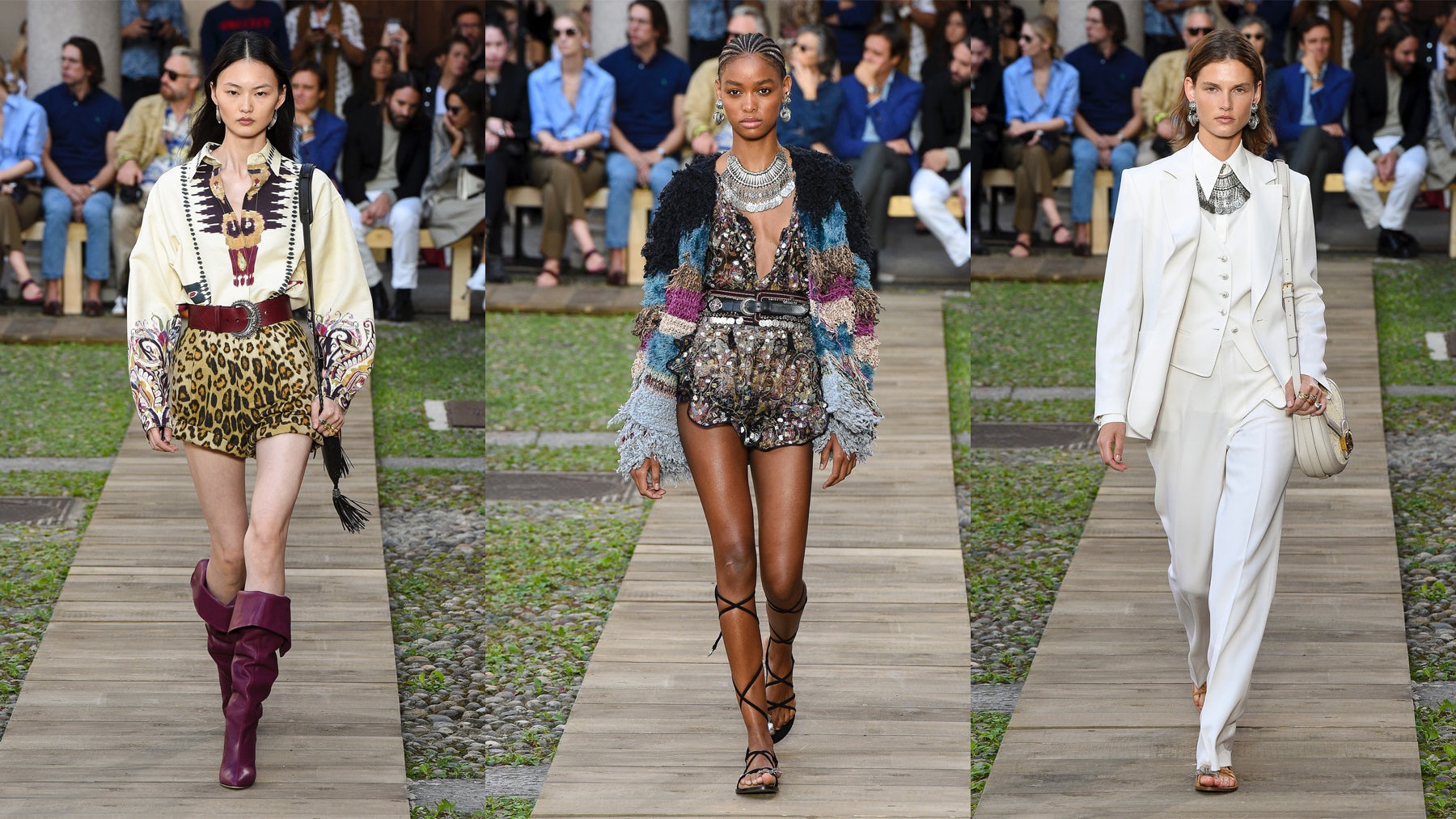 It made for a good show but it lacked the spark of excitement and newness seen last season. In other words, this was a rather expected Etro, while Veronica is good with the unexpected, and should give us more of that. 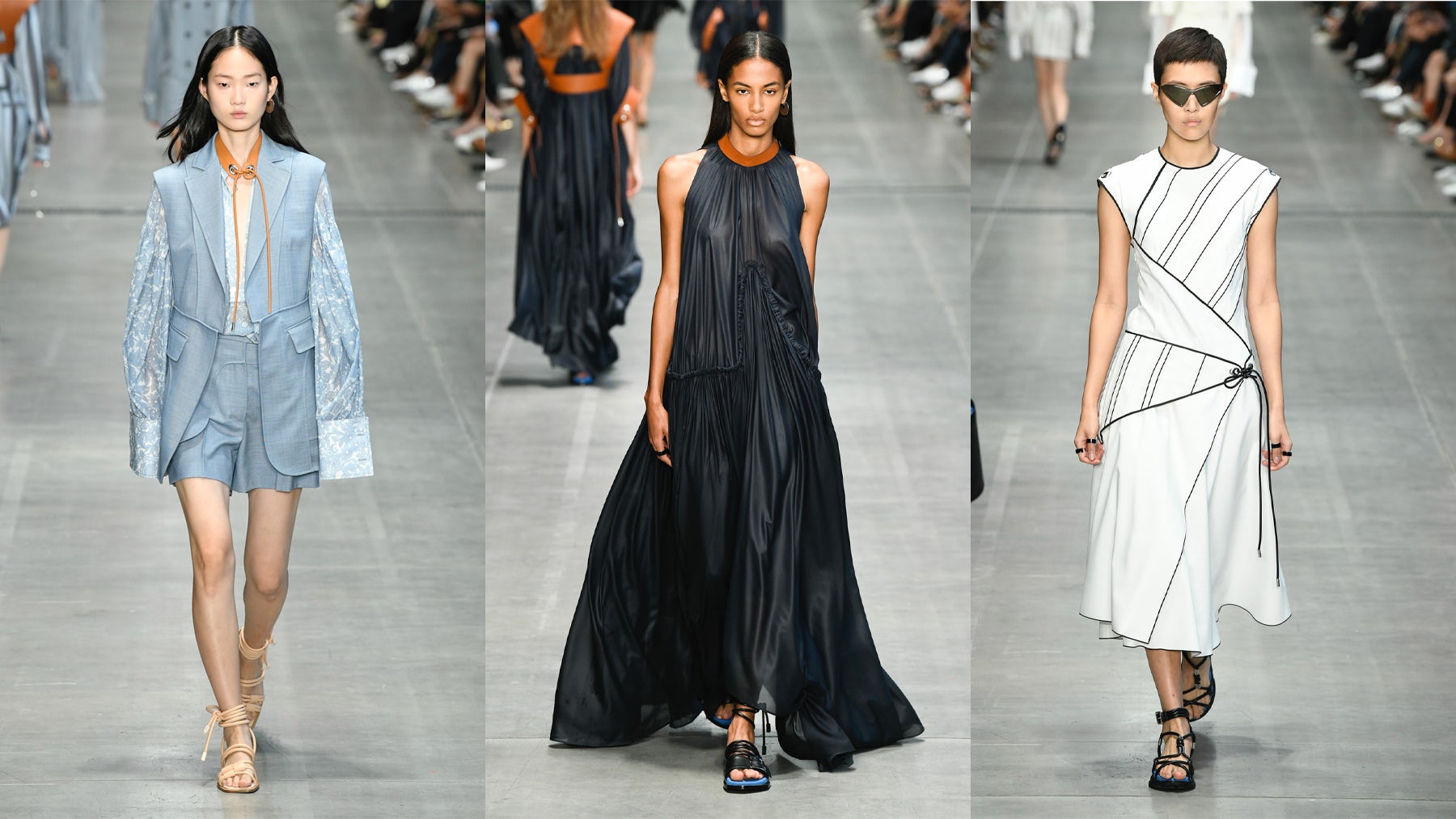 Thus far, normality has been a defining theme in Milan. It's not normcore, but a far cry from the absurdities of made-for-Instagram fashion. Sportmax offered normal, perfectly designed clothing that was inspired by sailing — portholes, ropes, floaty shapes — and made just a little bit dangerous, a little bit kinky by the leather armour-like details. It will surely translate into a focused and desirable offering in the shops. As a show, it lacked elan.