In Milan, Place and the Perception of Clothes

From enchanted gardens to brutalist hangars, locations can make or break a show.

In Milan, Place and the Perception of Clothes

From enchanted gardens to brutalist hangars, locations can make or break a show.

MILAN, Italy — One day, someone will have to write a history of fashion around the location of shows. Indeed, the effect of a place on the perception of clothes can be surprising, either adding to or taking away from the full effect.

Take the Etro show, which took place at the enchanted courtyard of Conservatorio Giuseppe Verd in one of Milan's most charming neighborhoods, instead of its usual location in the far-flung, cold and rather impersonal premises of Palazzo Del Ghiaccio. It was a smart move. There was a high-culture atmosphere to the ambiance. On top of that, the narrow catwalk allowed the audience to really appreciate things up close, which was a relief.

But this would be mere mise en scène without something more. What felt fresh and engaging was Veronica Etro's newfound sense of ease and spontaneity. The collection featured the whole spectrum of the Etro codes — paisley, of course, which meant high bohemia and a hint of aristocracy, romance and exoticism; craft; and cozy swings of domesticity — mixed in a new way that was deliberately chaotic.

A paisley robe thrown over a very punk shredded jumper, anyone? The image sums it all up pretty well. The knitted capes were outstanding, and the gent-like coats smashing. Not to mention of course the transgenerational cast of beauties past and present. If this is the beginning of a new era, we're on to something good. 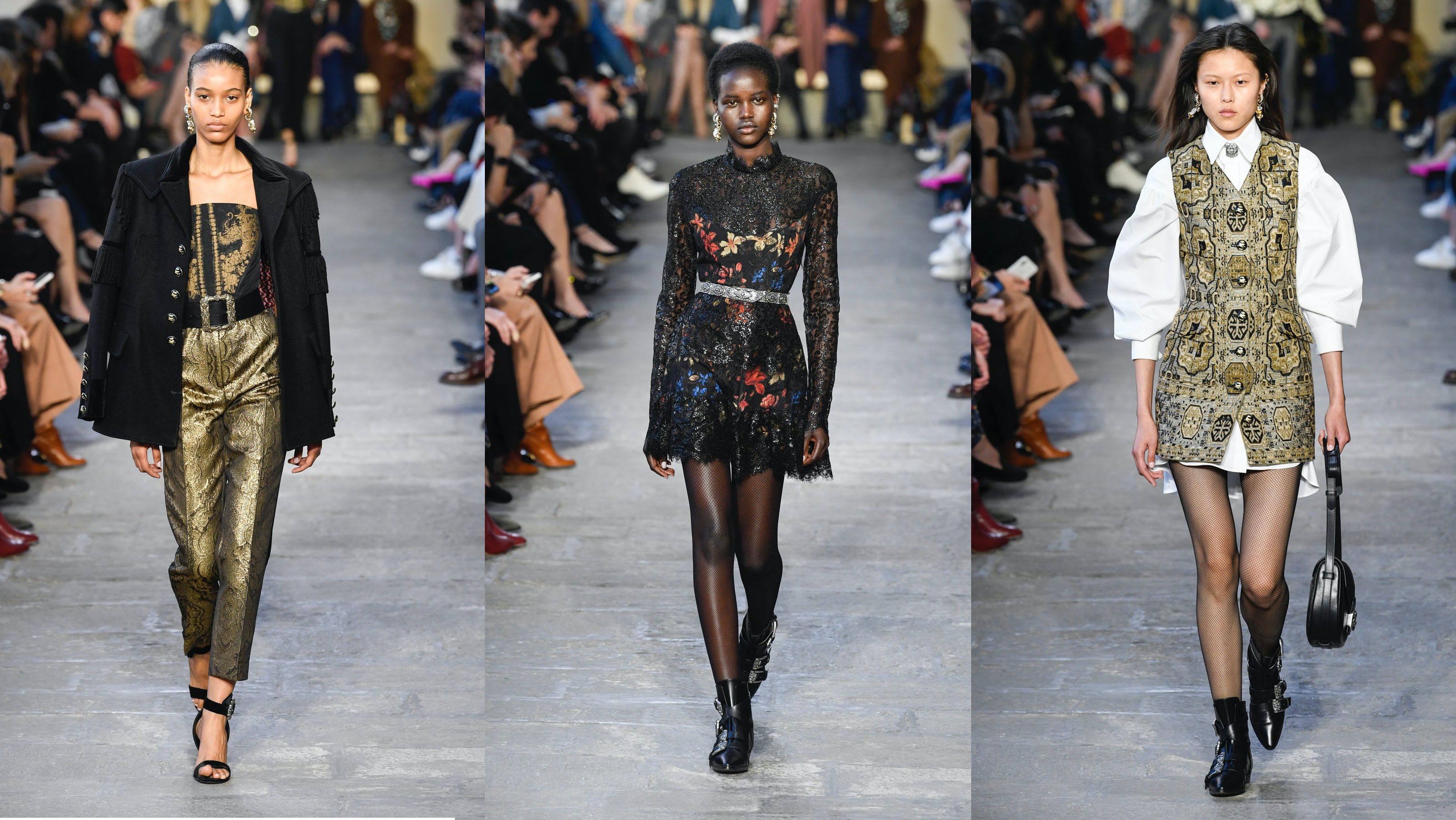 Massimo Giorgetti opted for a brutalist, spacious hangar for the MSGM show. A giant video backdrop projected images of an imaginary movie. And the collection came with its own cinematic narrative. It was based on a made-up flick entitled Heartbreaker and set in Milan — because Milan is central to the story Giorgetti is currently building around the brand.

It was a nice idea, but the clothes told another story altogether: short, feisty, flowered and ruffled, they came with a decisive 80s aftertaste that lacked originality, and in some cases even good fit. What was missing was a sense of purpose to the whole effort, a whiff of energy. It is something Giorgetti should work on bringing back. Good vibes, after all, have propelled MSGM into the fashion-sphere so far. 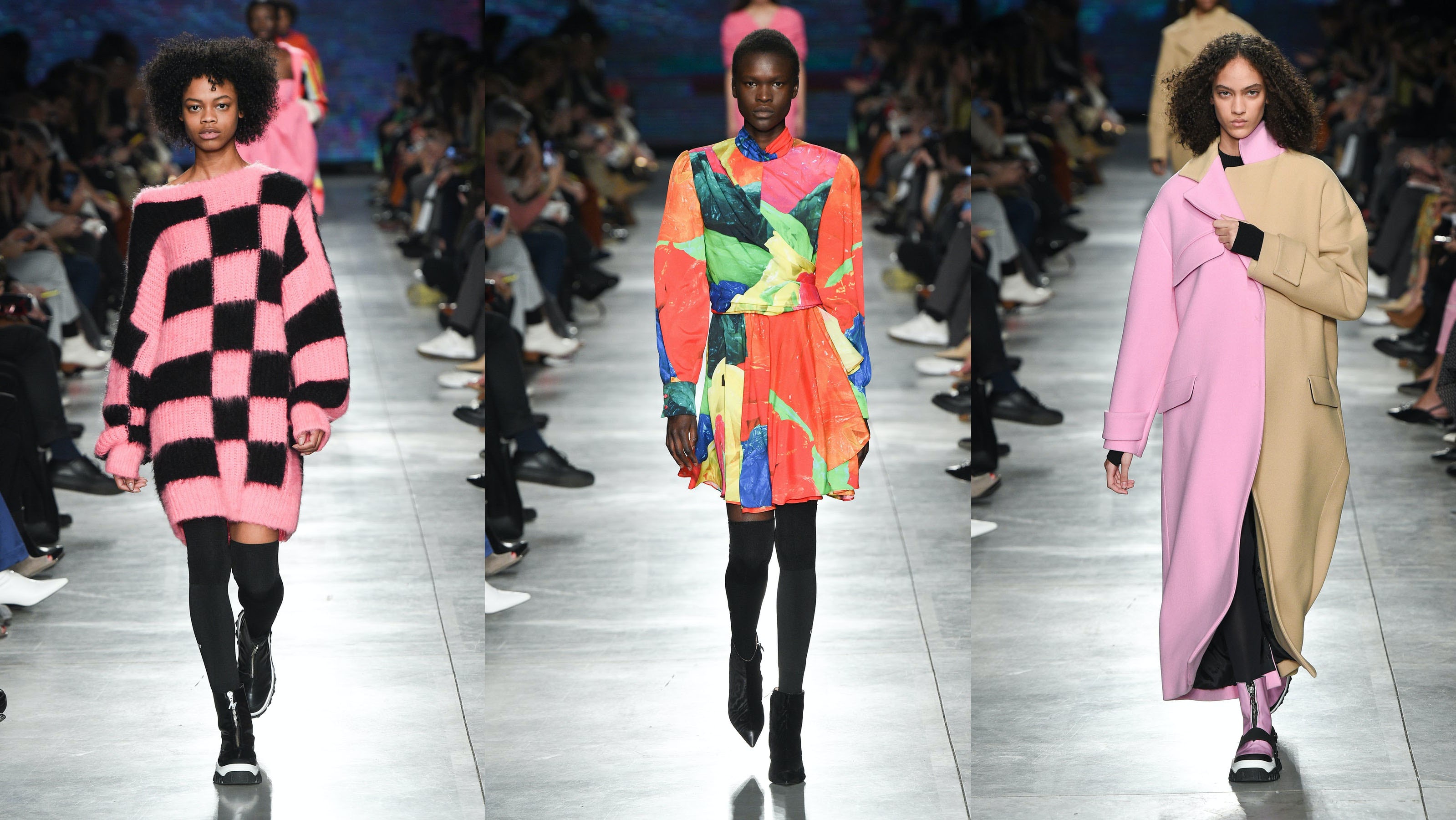 Meanwhile, a sense of purpose was easy to find at the Sportmax show: a martial one, deployed through tailored outerwear and broken suits of unremitting precision. The collection had almost a uniform-like sense of focus: sharp lines, firm textures and a constructivist feel in the way looks were built. Of late, Sportmax has taken strides, asserting its own sharp metropolitan codes. What the brand lacks in warmth — it is all very cool — it gains in design content and functionality, making for statement collections that are bold as they are pragmatic. Indeed, this is a good way to bring fashion with a capital F to an audience of real women. 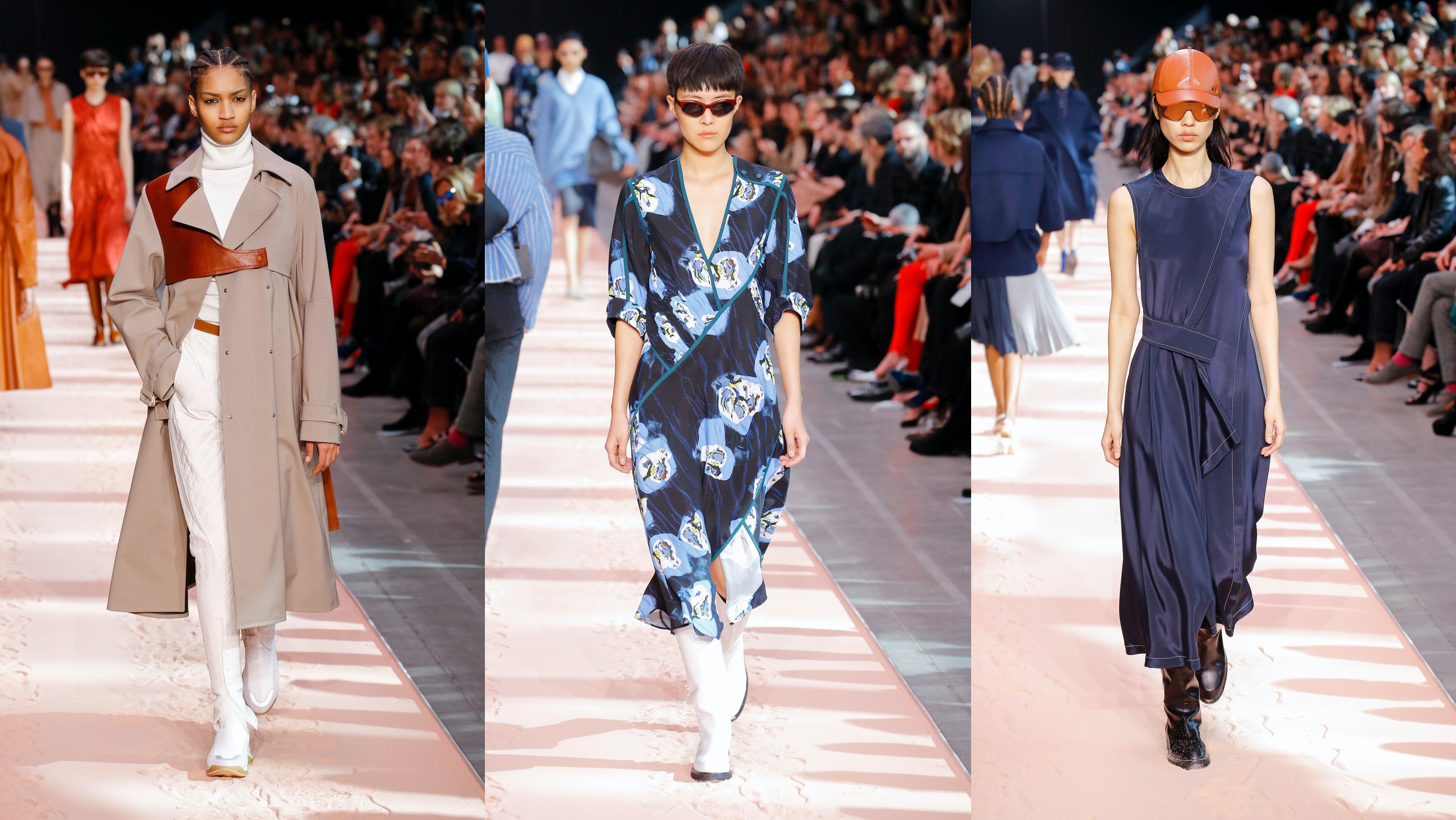 Reality is not even an option at Marco de Vincenzo, and all the better for it. The Sicilian designer is a dreamer. He likes women ladylike yet twisted, and has a wonderful way with glitter, lurex and sparkle. After a couple of not very convincing seasons diverting elsewhere, de Vincenzo was back on track. His latest collection, entitled "My Favorite Things," was filled with the cartoonish fake furs, the pleated glittery dresses and the glitzy shirts de Vincenzo is good at. It was shown in an industrial space, in the dark, under spotlights. It all looked dreamy and hazy, like vision distorted by one glass too many of good wine. 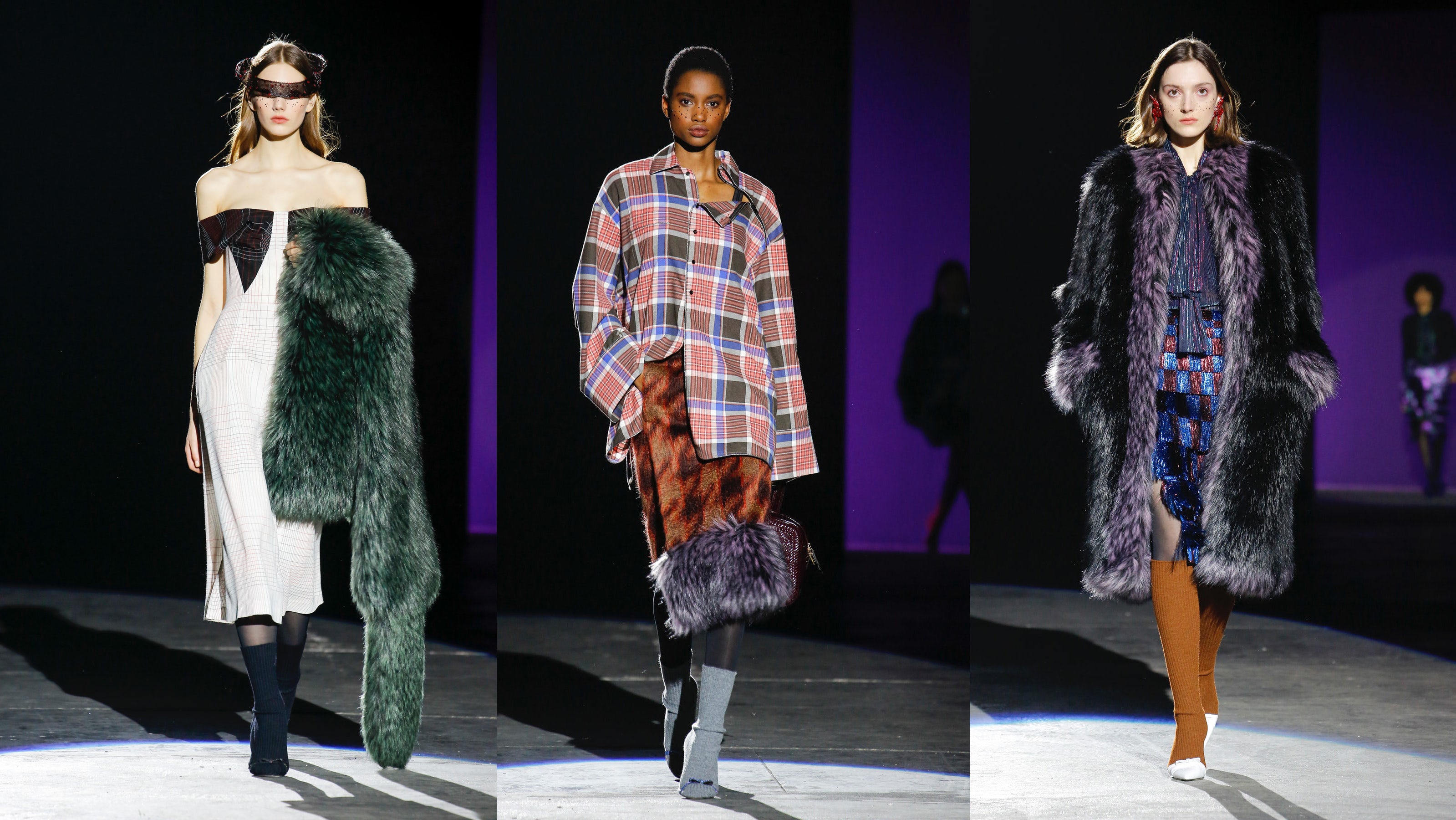