PARIS, France —  It can be surreal listening to designers explain the often flimsy “concepts” behind their collections. So, it’s refreshing when someone with both talent and experience like Mark Weston — the creative director who has made a strong and personal mark on Dunhill — keeps it focused on the technicalities of his designs, without waxing abstractly. 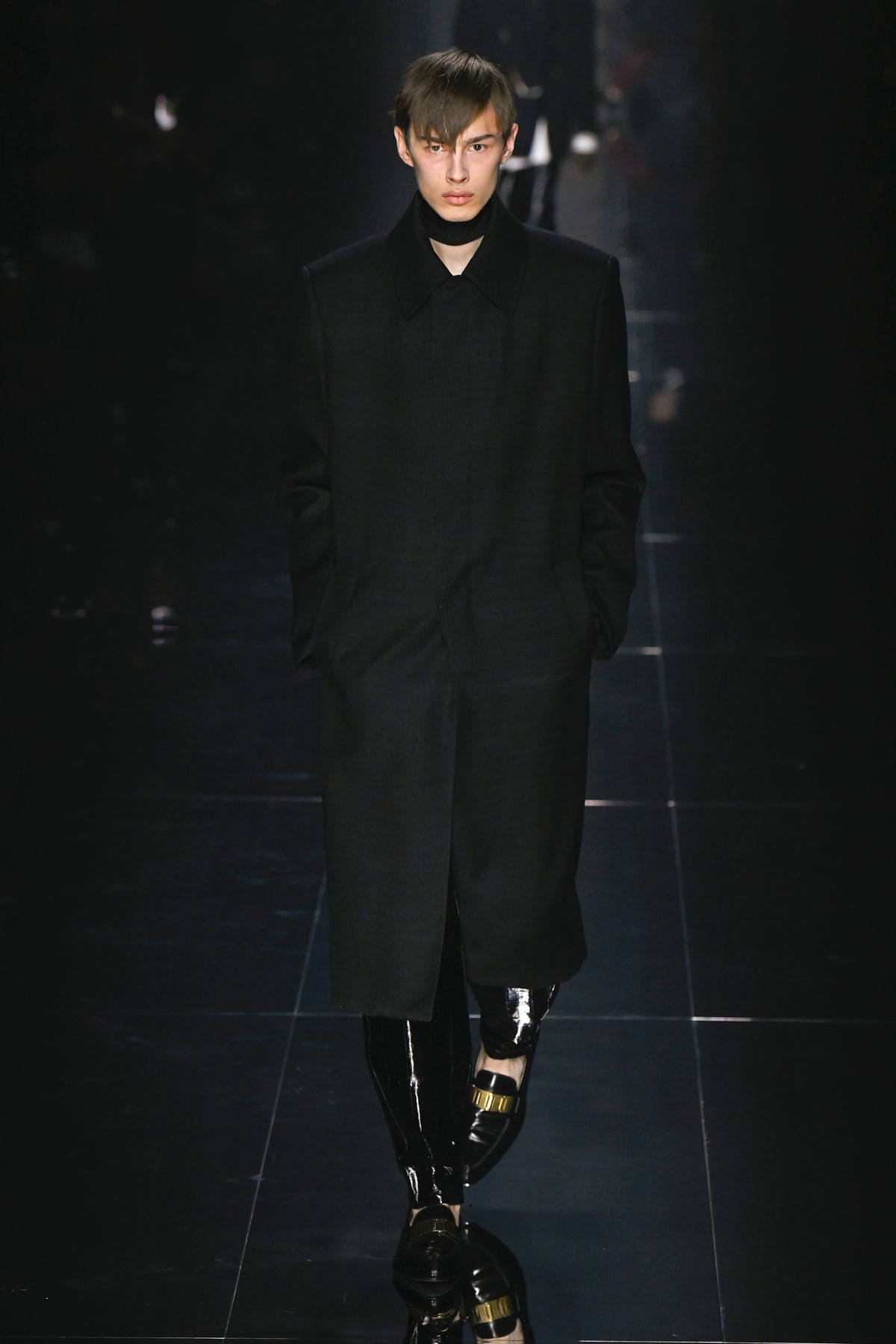 “It’s about texture and shape,” he said of his fifth, and best collection for the house. Of course, there was a concept, too — a clash of the old guard and the avant-garde, looking at the Blitz scene — but that was just a starting point for a poignant exercise on what tailoring can mean today, with just a tiny bit of '80s panache. Shine and volume were the keys to pieces that looked both architectural and light, swinging powerfully around the body, folding, collapsing and looking fresh.

We have have seen a resurgence of classic dressing everywhere this men’s fashion season, but most of the results have been boring. At once precise and provocative, Weston offered a truly modern take on the matter: individual, with a broken hint of formality. 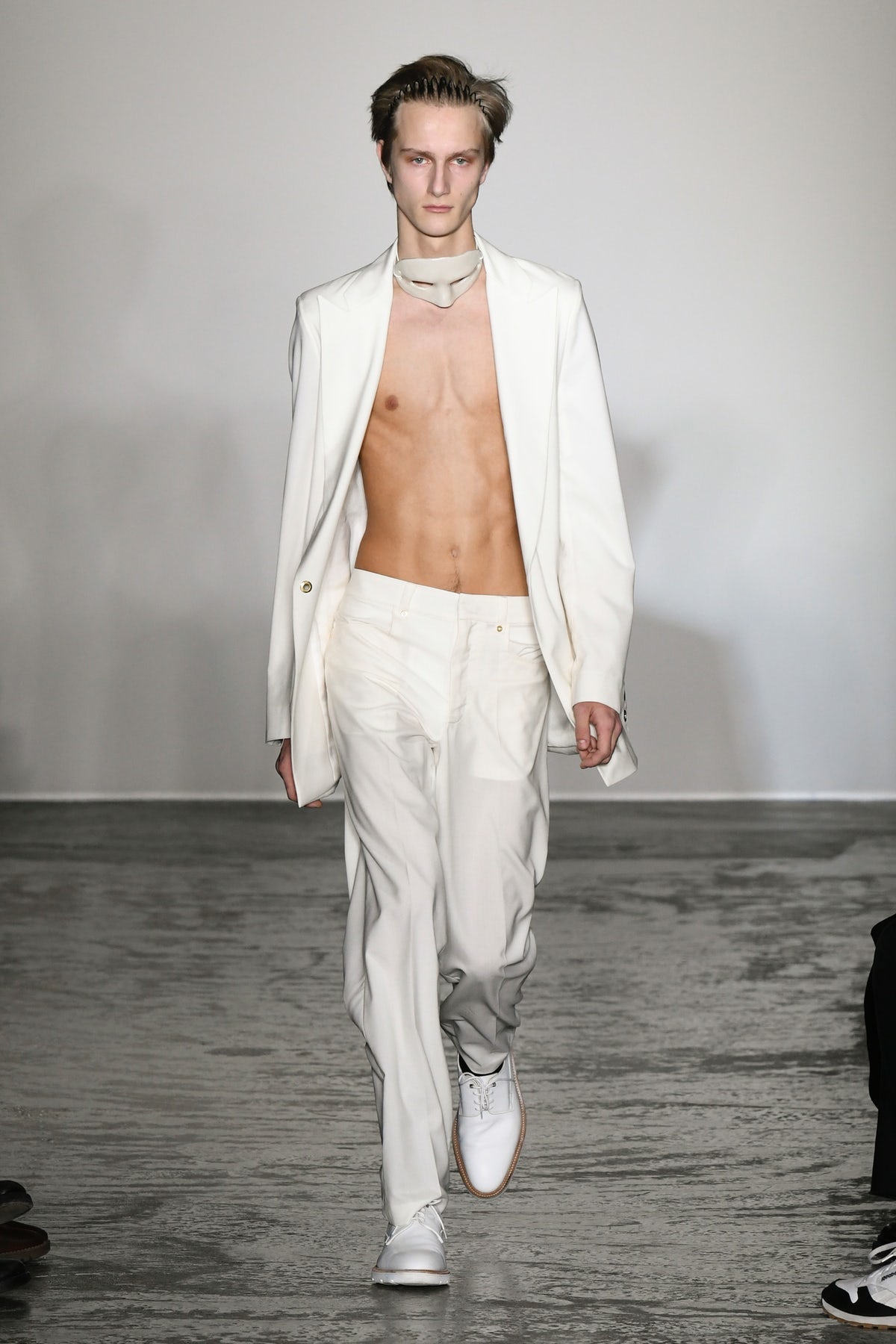 The inspiration behind Ludovic de Saint Sernin’s sophomore show was a break up. Thereafter, a broken heart appeared as an accessory: a waistplate, a breastplate. That was it for the high concept. The rest was De Saint Sernin’s trademark combination of sex and tailoring, with an avalanche of sheer pieces, one shouldered tops, skin and assorted slinky stuff.

The problem with this collection was that, concept aside, everything was really flimsy, inconsistent and quite honestly poorly made. De Saint Sernin started well, and his leather knickers are a bomb. Why not make a sex club line for high-end stores, instead of doing a whole collection that looks homemade? The concept of sex as the driving force of the label is an expansive one with great commercial potential. Why not push it in a more dangerous direction? 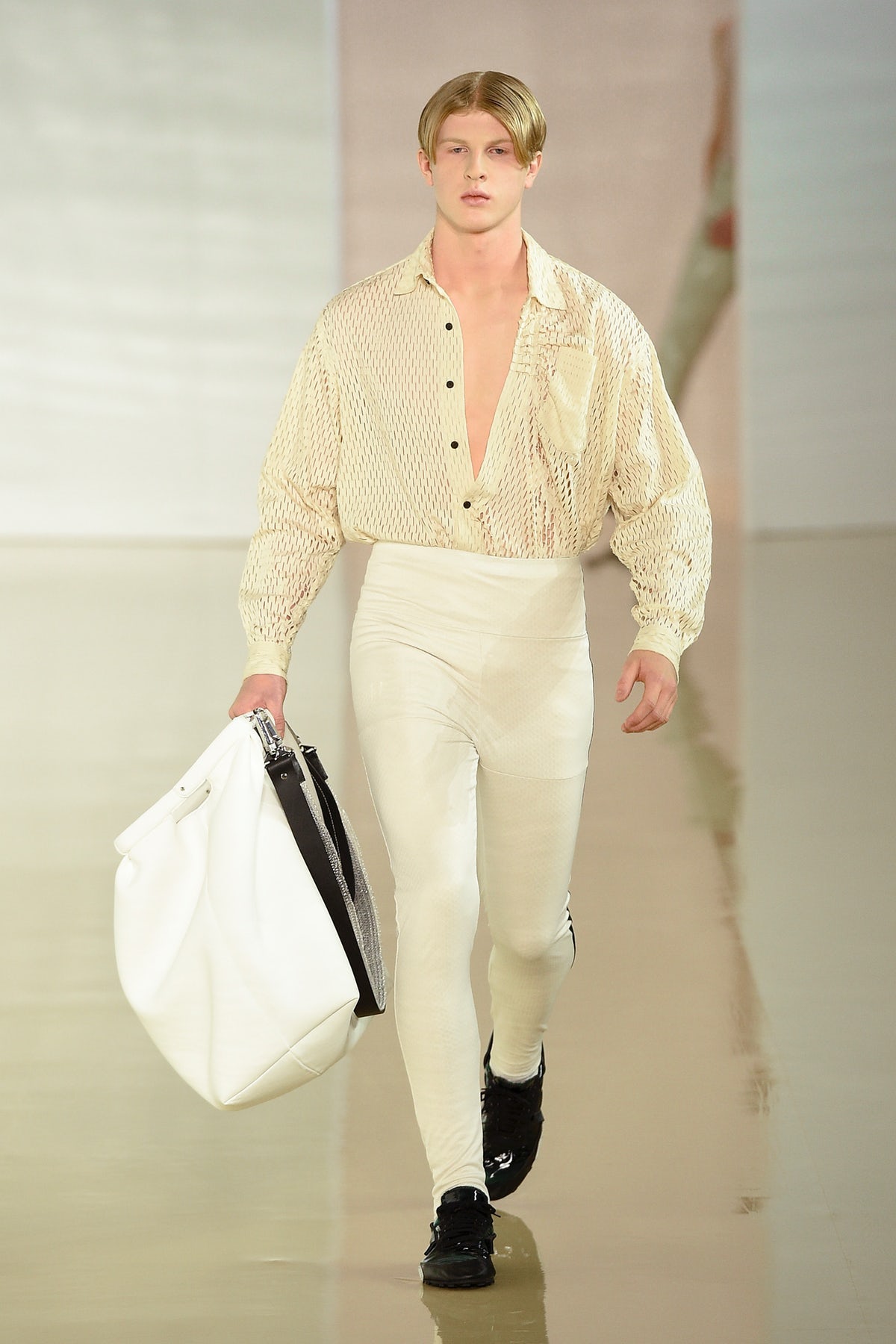 High concepts reached a peak at Acne Studios to the point of giving you a headache. Reflecting on the current interplay between the masculine and the feminine, Jonny Johansson decided to present the men’s and women’s collections in the same room, divided by a wall. You could only see one show, but there was a dialogue between the two, as womenswear reflected on the past, exploring the effects of time on clothes, while menswear reflected on the future, and was designed in dialogue with artificial intelligence.

There was a lot to digest — on paper at least — and it felt forced. But in terms of the clothes (we saw menswear) the streamlined offering felt convincing and focused, with an accent on metallic and vaguely futuristic textures and clinical or practical lines.