PARIS, France — Gender has been a big topic in fashion over the past few years, born from the shifting winds of culture and the realisation that the notion of gendered clothing is a pure social construct. Clothes, of course, have no intrinsic gender. This made for some very fluid collections. But this season, designers took a turn, embracing a new kind of feminine empowerment in the polar opposites of traditional womanliness — nipped waists, high slits, prominent bosom — and tailored, menswear-inflected power dressing. 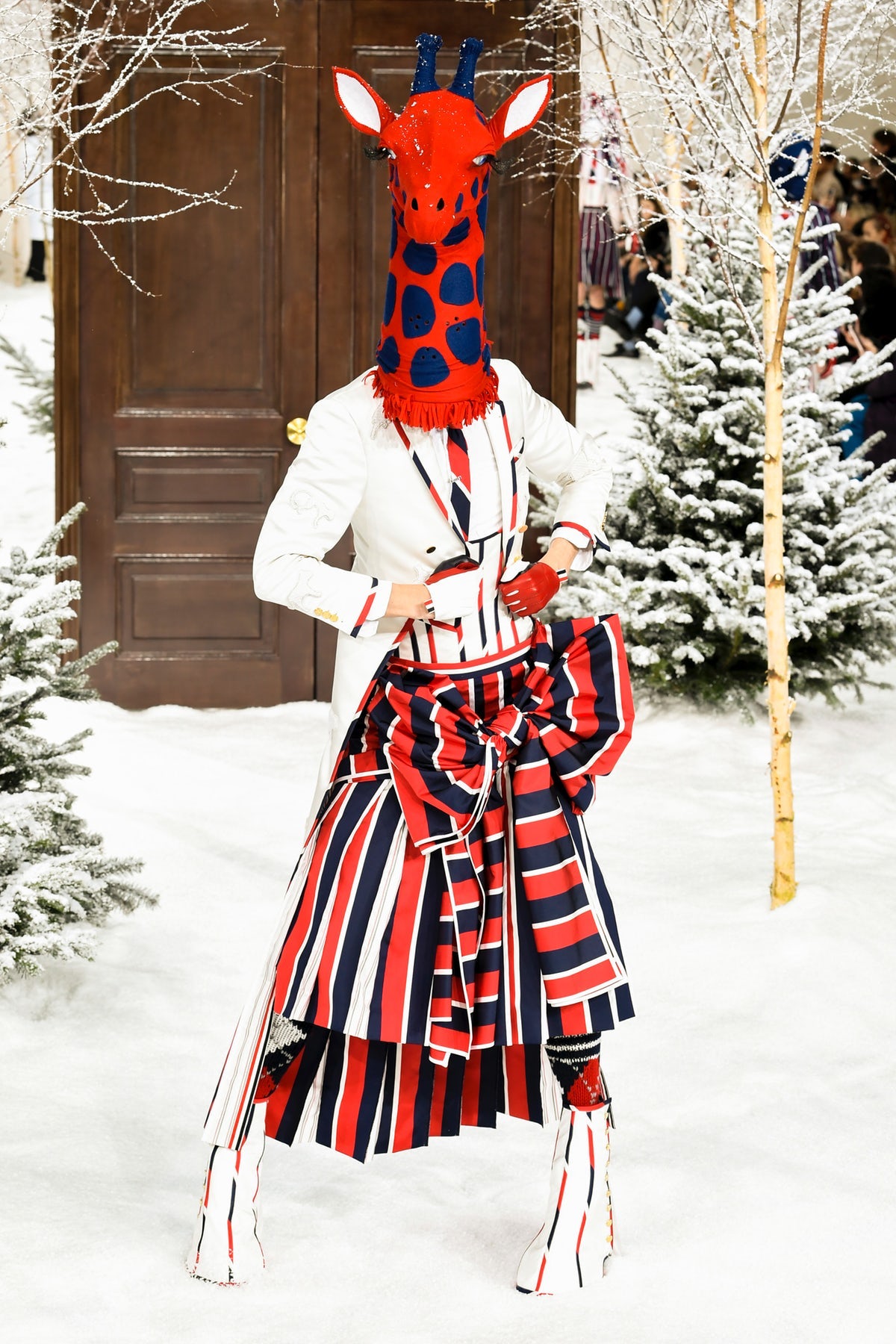 For Thom Browne, fashion’s driest provocateur, the more he dresses men and women alike, the more he believes, or asks us to believe, that he is highlighting their respective femininity and masculinity. Sunday’s show, the first co-ed outing for the brand, stressed the concept by playing with the theme of Noah’s Ark. Browne sent down a snow-covered runway identically dressed couples in what looked like endless variations around a silhouette composed of sack jackets and draped skirts, or something like that. Repetition is the main creative tool for Browne, but it can feel a little tiring for the viewer. The painstaking execution was, as ever, almost at couture level. But past the conceptual rumination, and the appreciation for craft, I was left unmoved. The problem with Browne is perennial: despite his interesting ideas, it all ends up looking like a mere catwalk exercise, a performance with very little link to what ends in the shop. Breaking this mould would actually energise the brand. Browne’s new silhouette, for instance, has lots of appeal, and it would be a pity not to make it widely available. 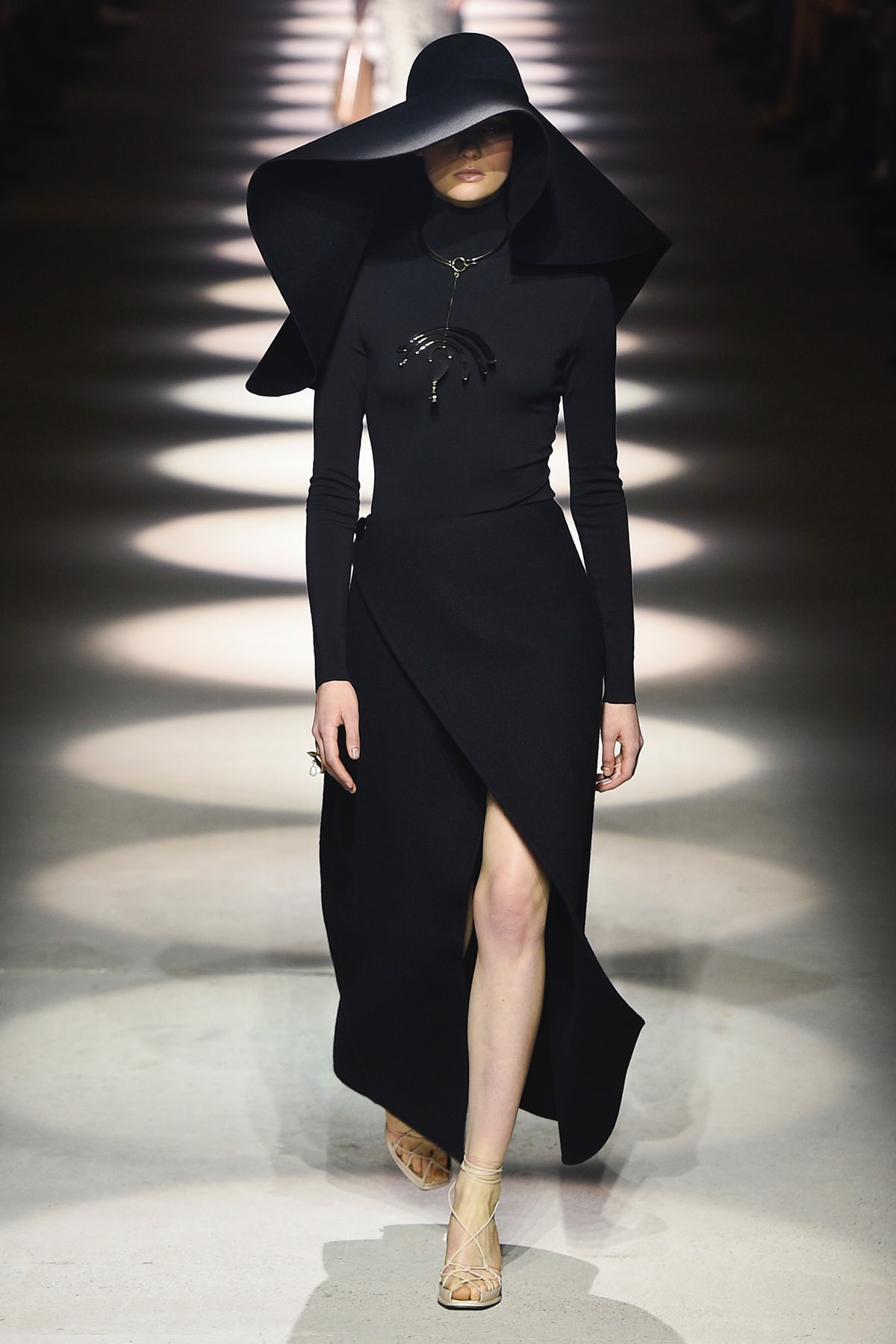 Over at Givenchy, Clare Waight Keller merged feminine nouvelle vague heroines, the work of artists Helena Almeida and Ketty La Rocca (a move a little bit too resembling of what Maria Grazia Chiuri is doing at Dior, honestly), and the work of Hubert de Givenchy himself. The masculinity of broad-shouldered pantsuits was played off by the fluidity of silk dresses, but what really your grabbed attention was the strict drama of the more structured shapes, culled directly from couture. So far, Waight Keller has expressed her vision best in couture, and this new collection benefited from the same focus and precision. Still, the shift did not translate into something truly powerful. There were good pieces and a sense of elegance, but a brand like Givenchy may need a stronger hand. 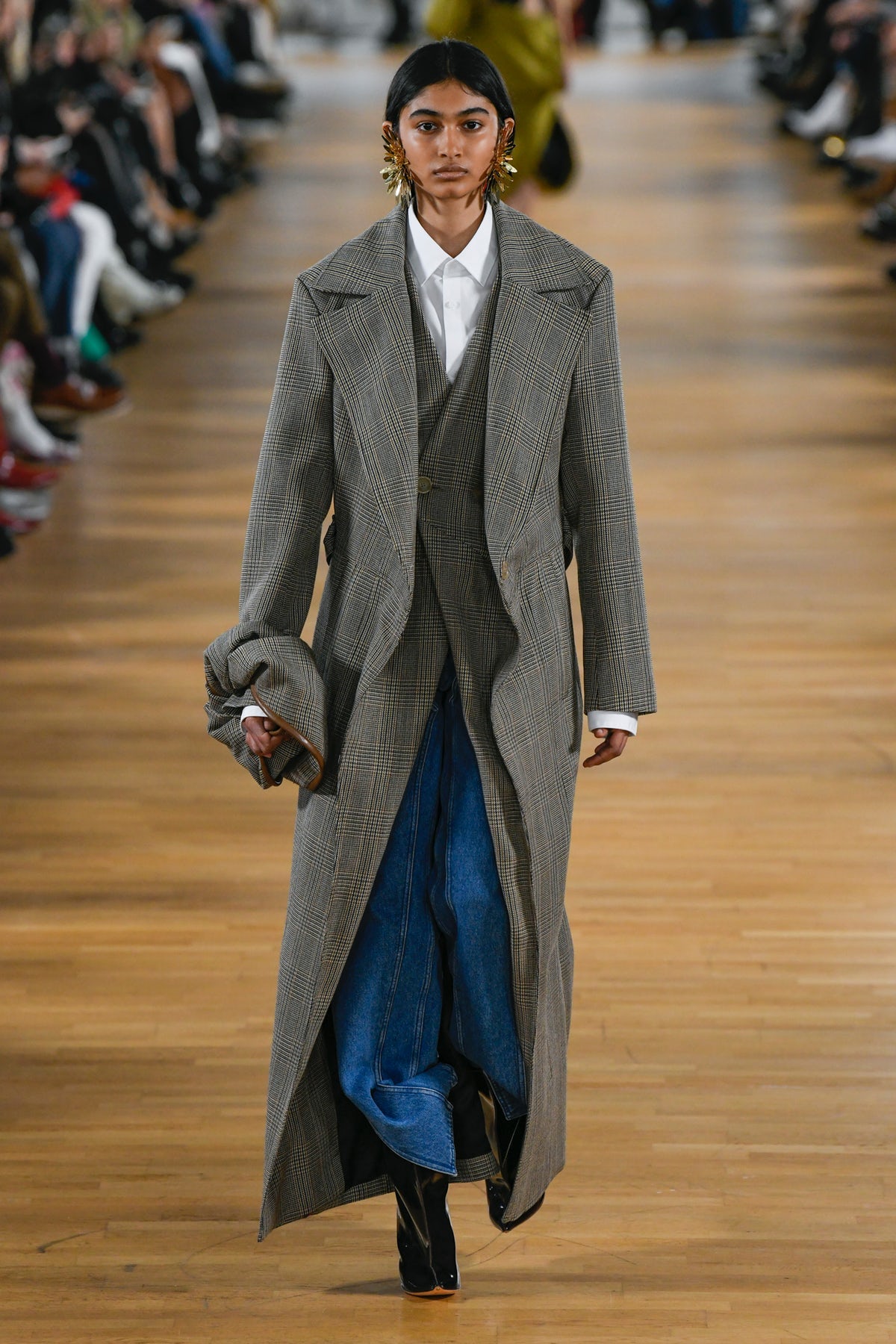 Nipped waists, prominent bosoms and a wider play on predatory femininity have always been part of Glenn Martens’ vocabulary for Y/Project. Martens has a unique way of making twisted clothing that is as experimental in terms of pattern making as it is voluptuous; he is a master of making the sexy conceptual, and vice versa. This season marked a move in a more elevated direction — less streetwear, more daywear; tailored suits and coats, that is, and even more dresses. This said, the piece de resistance was some rather brash crotchless trousers. Martens loves a provocation. What also stood out were the simpler silhouettes that opened the show: they felt like a hint of an exciting, stricter new direction. But as the action got more and more complicated, just as the flamenco music on the soundtrack got wilder and wilder, it was more or less back to the Y/Project we have grown used to. It would be interesting to see Martens chart new ground. 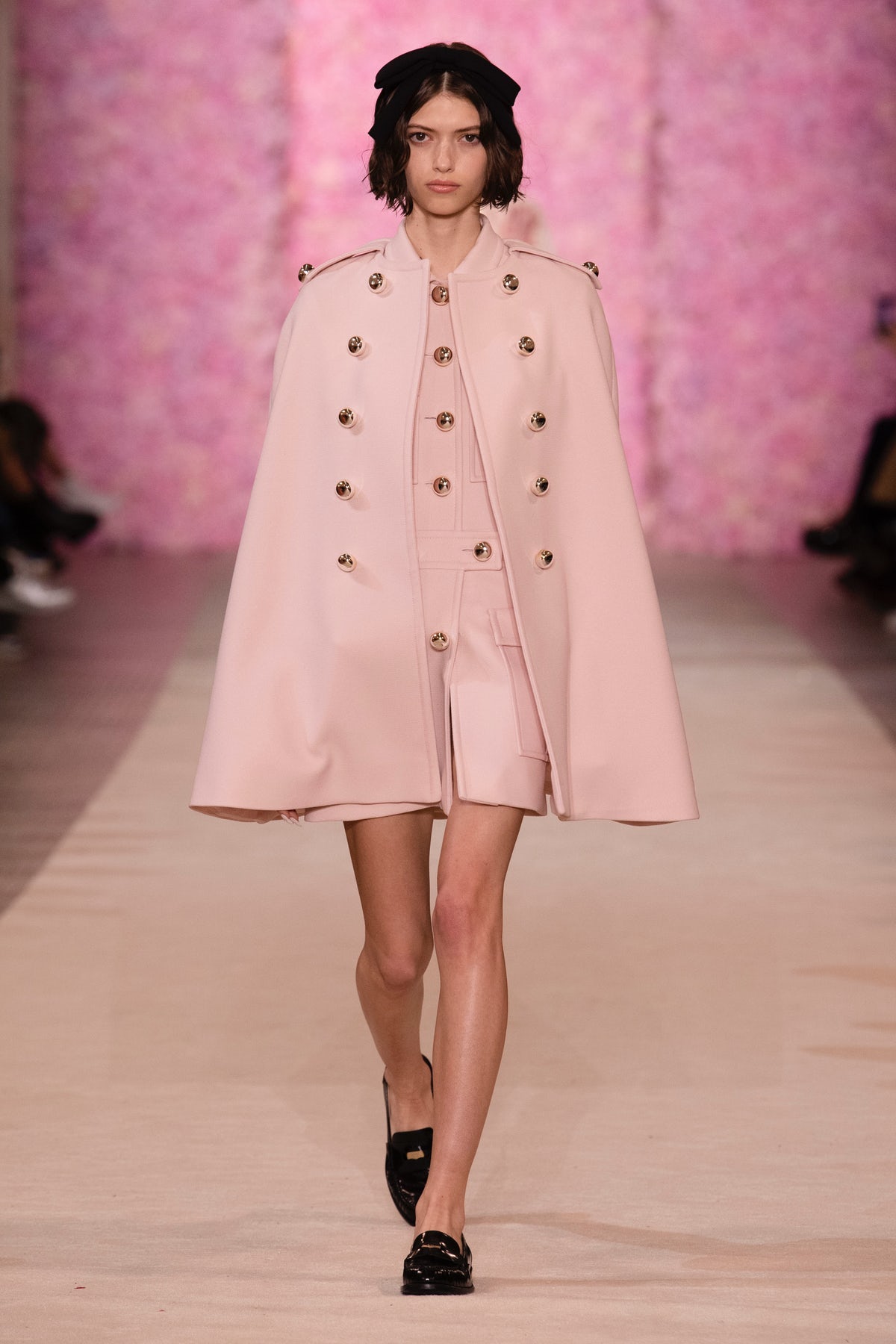 Surprisingly, there were mannish tailored suits — blazers with Bermuda shorts — at Giambattista Valli, amidst the usual flourish of girly dresses, ruffles, flower prints and more. This season, Valli was in a particularly eclectic mood. With an insouciant Parisienne in mind, he touched on way too many topics, from the svelte trapezes redolent of Courrèges‎ to the tweed-trimmed tailleurs that homaged Coco Chanel. It was all done à la Valli, with energetic nonchalance and a love for femininity. The sharper pieces felt new and worked best.