PARIS, France —  Femininity is a multi-part act — just like masculinity, in fact — and the Paris collections keep underscoring this fact. Over at Chloé, the narrative has shifted from girls to women — it’s not a matter of age, but of self-awareness. In her more accomplished outing for the house that Gaby Aghion built, Natacha Ramsey-Levi called upon a potent mix of performative spirits, an intersection of multiple feminine worlds, and dressed them all, quite simply, with clothes that real women might really want to buy.
Chloe Autumn/ Winter 2020 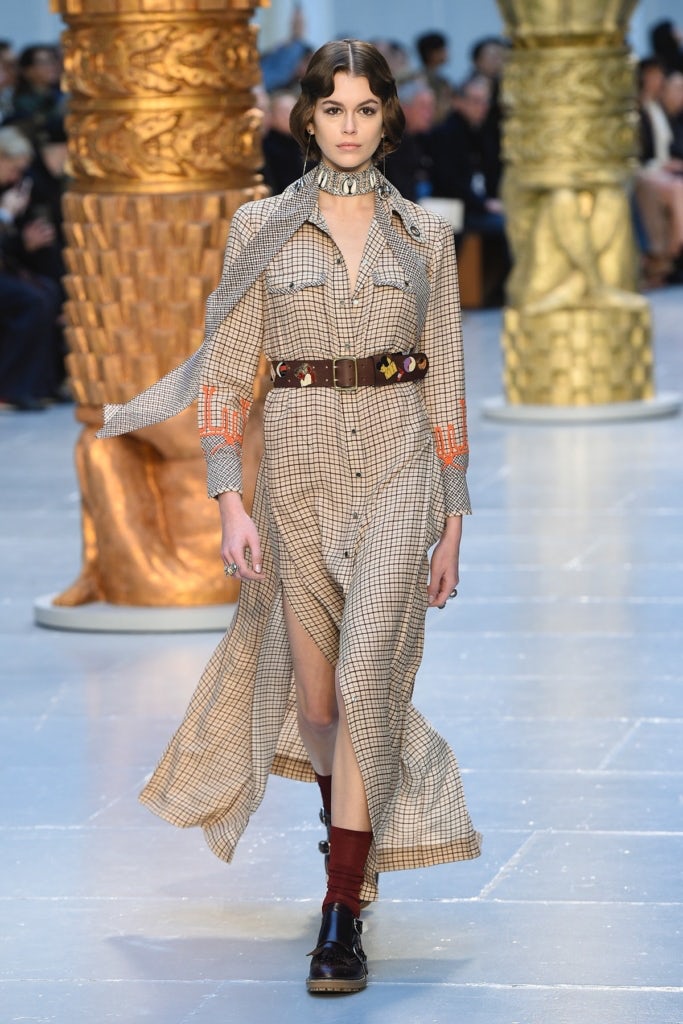 From the slouchy masculine tailoring to the feminine liquid dressing, from blousons to jeans to bags, there was excellent product on display, worn by a variety of characters that brought life and personality to the proceedings. That said, there were probably a bit too many elements added to the blender: Marianne Faithful reading poems on the soundtrack, Rita Ackermann providing artworks for the prints, Marion Verboom’s gilded totems on the catwalk all added further layers of meaning — and some complication. Ramsay-Levi hit the right spot in suggesting the artistic nature of the Chloé woman: artists have a wonderfully personal way with dressing. Artists are also very spontaneous, and that’s an aspect that could be further fine-tuned. 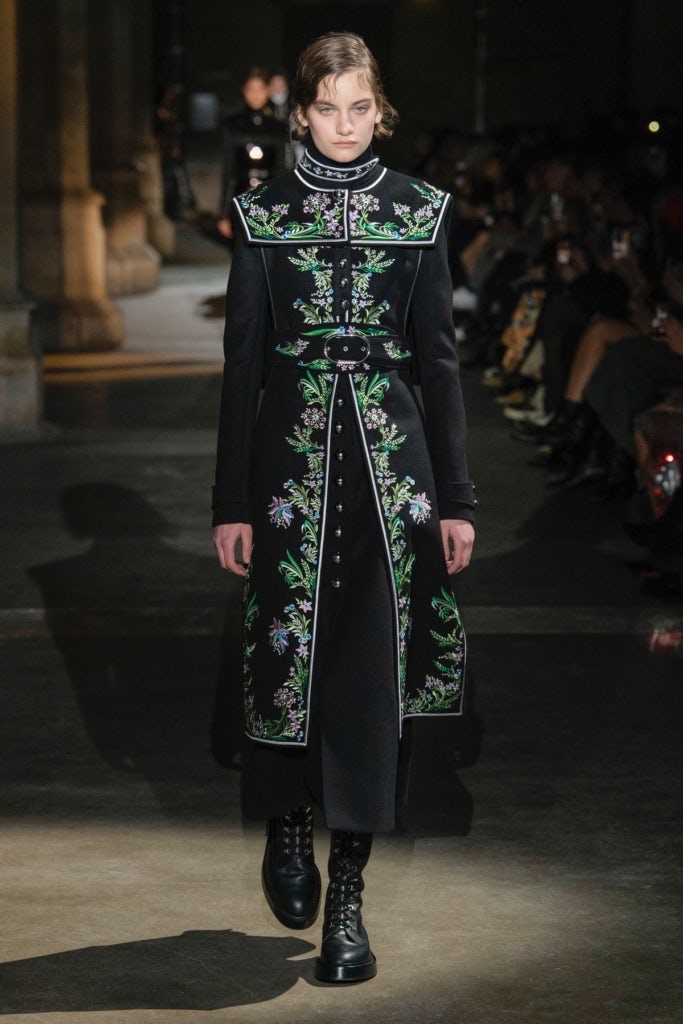 Julien Dossena was up for a major change at Paco Rabanne. Gone is the alternation between stark white spaces and disco darkness; gone is the sci-fi futurism, too. The new Rabanne fantasy materialized under the gothic arches of the Conciergerie to the sound of clerical chants with an explosion of radical craft; polarized, then, between austerity and embellishment. It was metal mesh galore — Dossena has embraced it, big time — worked this way and that in incredibly wrought-out ways on elongated dresses worthy of a medieval warrior. Towering on super tall platforms, the women imagined by Dossena were rather angelical, but also full of strength, and the duality gave them depth, while somehow also making them more approachable. In moving away from his own template, Dossena showed guts, but also a wide range of expression, coming across as a mature and accomplished author. 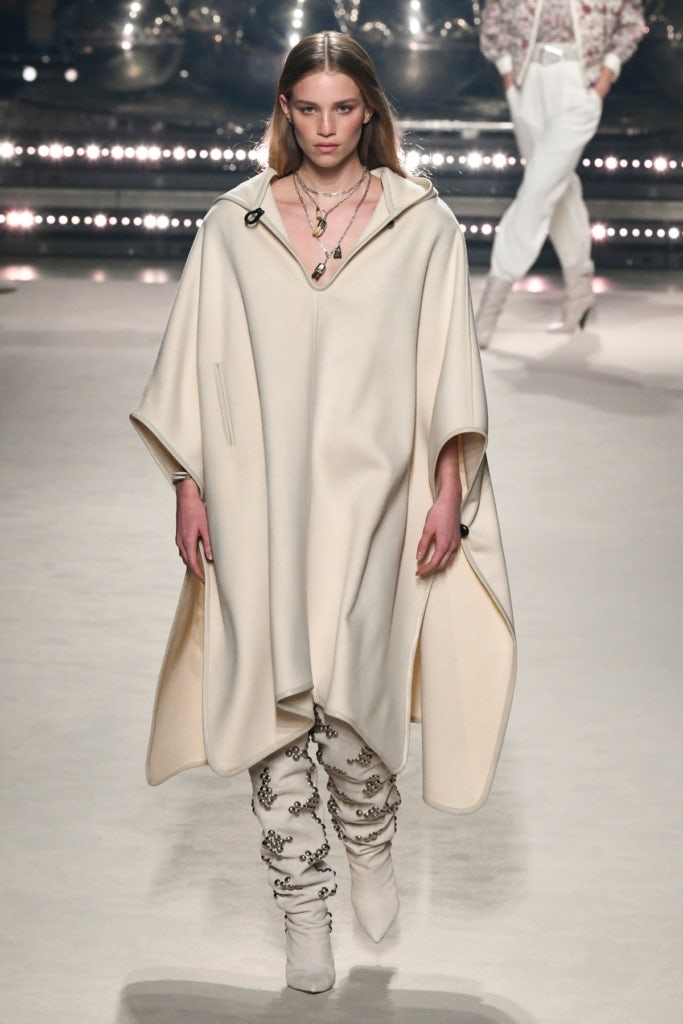 Isabelle Marant, instead, should have the guts to break her template and find new ways forward: her shows over the last few years have grown a bit monotonous to the point one cannot tell one from the other. More or less, it’s always the same thing, with those strong-shouldered tops, banana-shaped trousers and cone-heeled shoes that must still sell like crazy. This season it was all a little dressier and, in beige, slightly more madame, but it was really too little of an evolution. 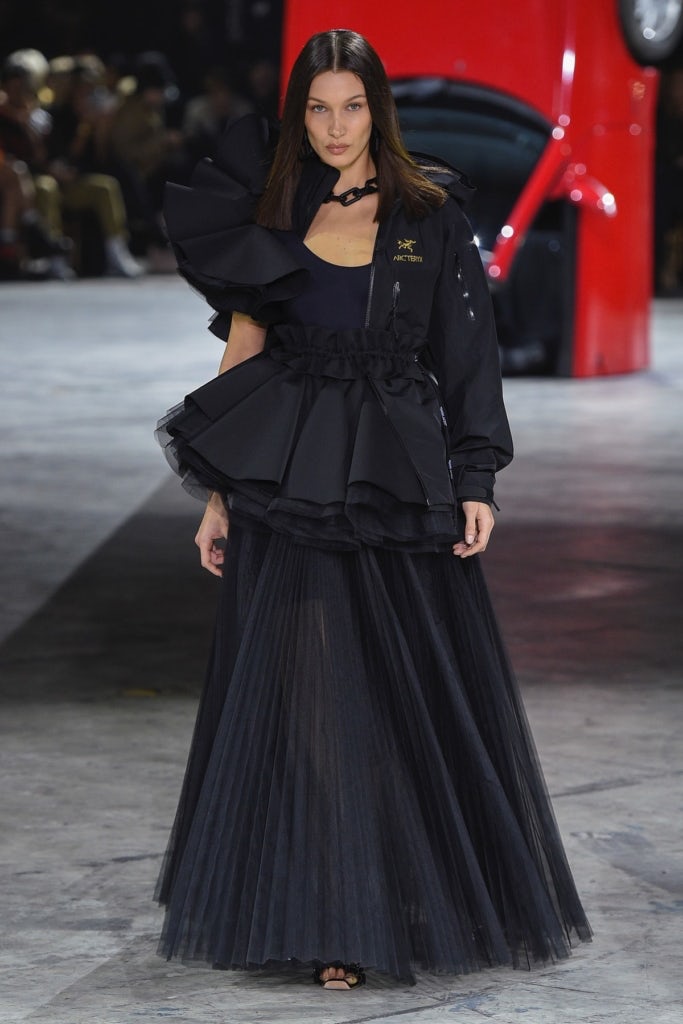 Meanwhile, Virgil Abloh is pushing Off-White out of the streetwear trap: his latest show, entitled Slightly Off opened and closed with grand gowns, and featured a bit of everything — from tailoring to pseudo-couture to a tiny bit of sportswear — arranged in that slightly absurd way that is the Abloh signature. The casting was stellar: in the quest for multi-part femininity, Off White leaned heavily on a crop of supermodels. 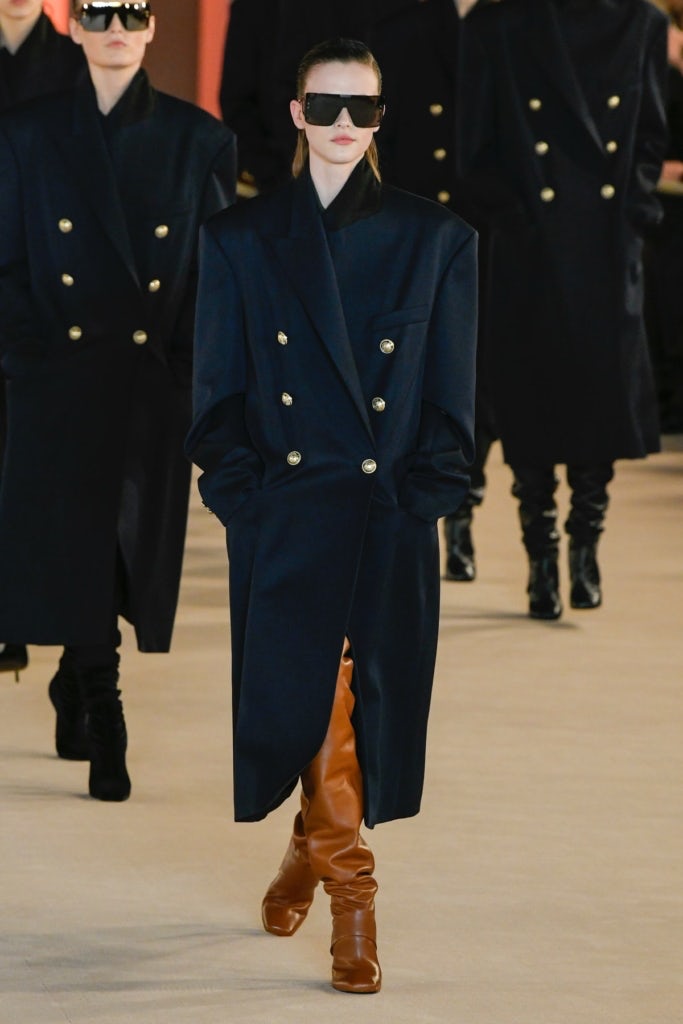 View Collection
There were a ton of supermodels — the original ones, including Helena Christensen and Ester Cañadas —at Balmain. With a movement in an interesting new direction — more daywear, less bling, a bit stricter — that started already with the menswear, Olivier Rousteing did early Nineties, horse riding-inspired bourgeois dressing — capes, double-breasted blazers, foulard prints — that was clearly referential but also felt fresh, proved that Rousteing has more than a trick up his sleeve. 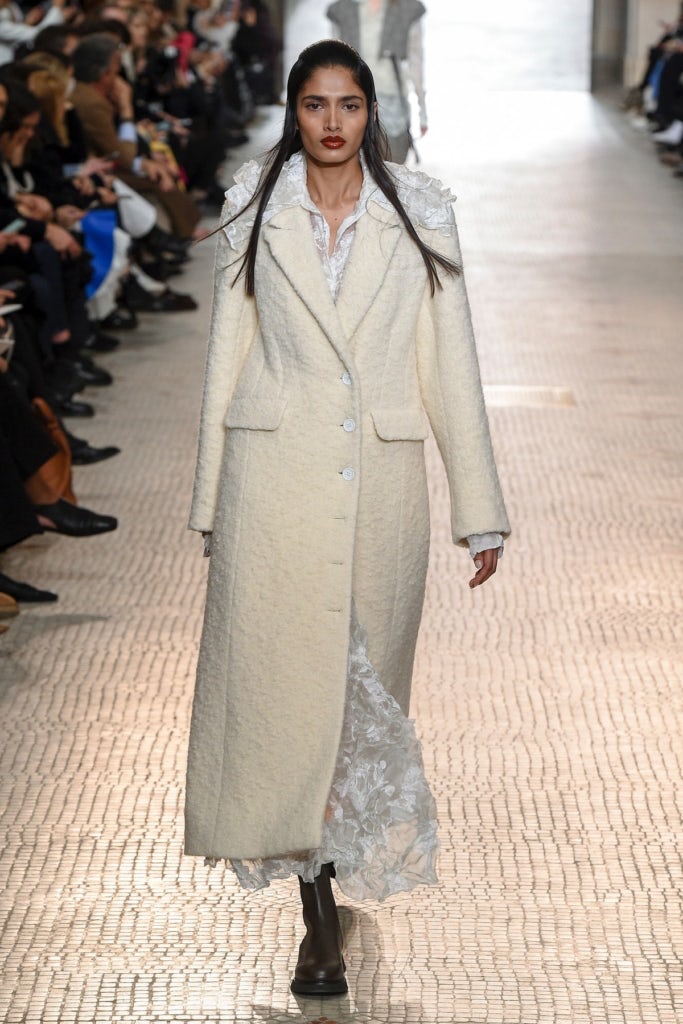 At Nina Ricci, Rushemy Botter and Lisi Herrebrugh got rid of the rigidities and the tricks of the past — but not the hats — to embrace a certain ease, an enveloping fluidity. Working with a palette of the Dutch painters coming to Paris, their aim was to depict portraits of different women. It did not happen completely, but at least the collection has a charming freshness.