PARIS, France — In today's uncertain economic and political climes, the realities of commerce and the bottom line are never, ever far behind the decision-making processes of fashion businesses. This has seen many brands change tack this season: a slew of men's collections have merged into the women's calendar, catwalk shows switch to static presentations, and a general air of tightened belts (read: budgets) has descended upon the industry.

That said, the search for the aspirational and experiential 'Instagram-able' moments shows no signs of slowing, and houses are relying more and more on the visual universe surrounding their garments rather than (necessarily) the flair of the pieces themselves.

This was partly the case at Berluti on Thursday evening, another label functioning sans creative director, at least for the moment. With departing designer Alessandro Sartori warming up for his Zegna debut, the design team eschewed their usual cocktail and runway show for a garden party extravaganza on Paris’ left bank, transforming the gardens of an 18th century school for the deaf into a bourgeois Spring fair. 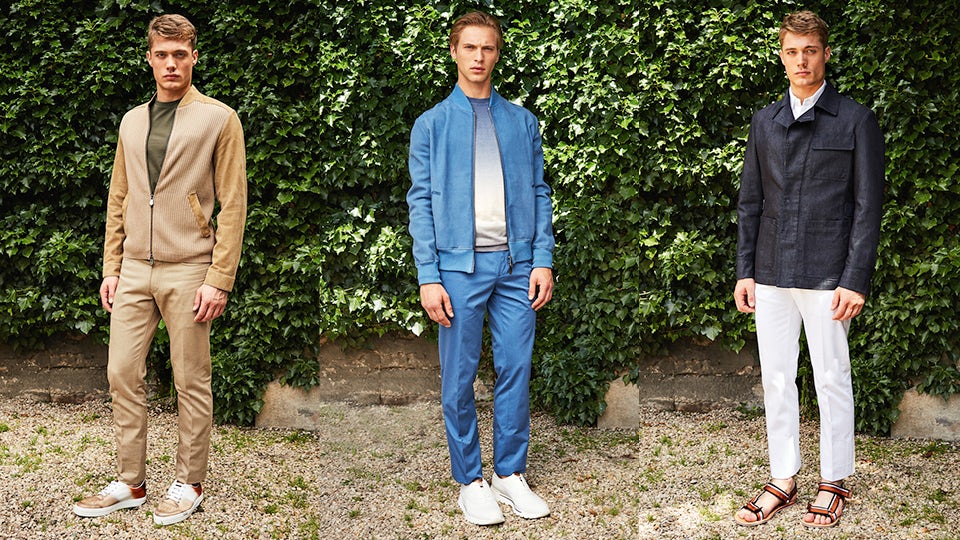 Whilst models played petanque and swung hula hoops wearing naught but micro swimming trunks, the collection itself hung in discreet white vitrines — the pieces artfully arranged in a soft sunset palette from dusty desert reds through to a tonal range of poolside blues.

With Berluti’s origins in artisanal footwear and LVMH heir Antoine Arnault himself its current chief executive, their raison d’être will never edge close to fashion revolution, chiming instead on a discrete luxury wardrobe and an unfussy silhouette catering for the gentleman whose summer social calendar may gyrate between the golf course and a gala luncheon. And what better to conquer those in than the perfect sky blue suede blouson, or the house’s iconic patina-effect shoe transplanted on a rubber sole? Here that same weathered gradient came airbrushed across backpacks and smart trainers, which alongside the evening’s shenanigans signalled a more youthful approach to the brand’s otherwise sedate, sartorial image.

Cerruti appointed the American designer Jason Basmajian less than 9 months ago, and his second collection for the storied Parisian house has continued in the vein of restrained and subtle heritage garments that marked his reign at Gieves & Hawkes prior. Calling on the resources of Nino Cerruti’s prestigious Italian mills, his Spring 2017 outing was awash with custom textiles — many featuring a hybrid, leafy camouflage inspired by the motifs of tree bark. 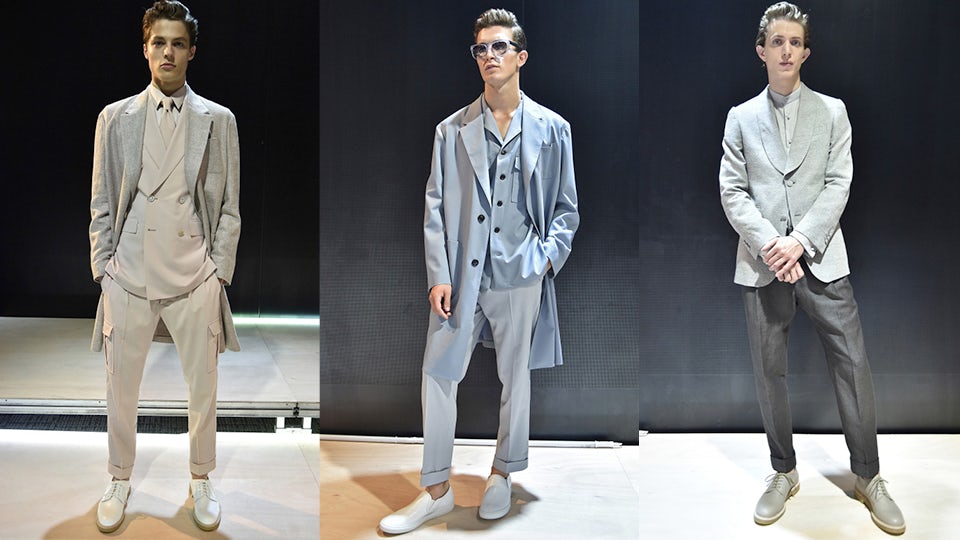 The palette too relied on natural shades, as chalky greys and mineral blues lent an overwhelming sense of neutrality to the collection, unaided by the static presentation format of models on plywood islands illuminated by fluorescent tubes. Instead what shone here was Basmajian’s purist treatment of denim (a two-tone dipped indigo jean felt the most progressive of the offering), and the languid proposition of an unlined, cool wool duster coat over shirting as a modern summer suit felt fresh too.

Carven’s miniature spectacle was as elastic as Cerruti’s was static, with creative director Barnabé Hardy opting for Parisian experimental dance troupe I Could Never Be A Dancer rather than models to showcase the clothes in a camp, high-energy routine choreographed around a central install of stretchy floor-to-ceiling textile bands. 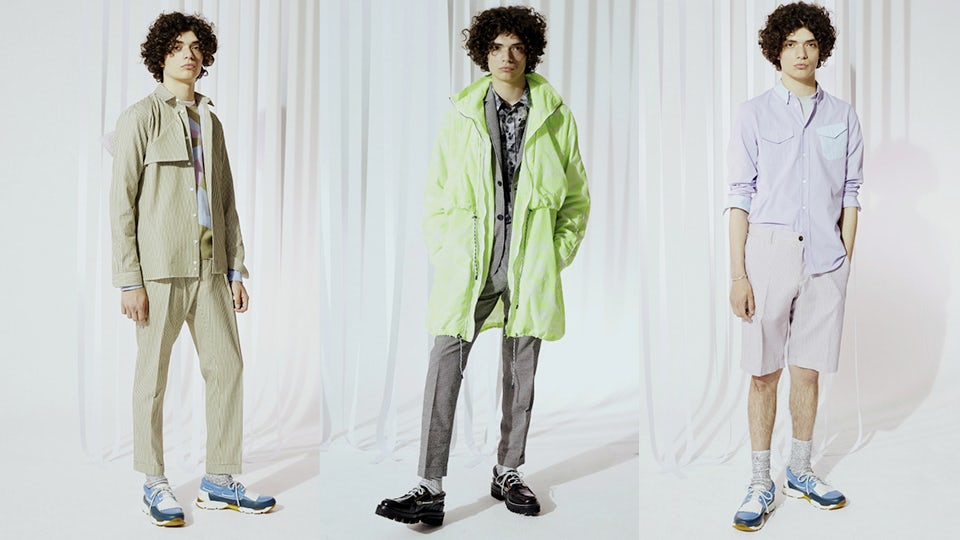