In Paris, Singularity Shines Through the Incoherence

The winners of the season were designers who stuck to a single, brilliant idea, like Demna Gvasalia at Balenciaga, Rei Kawakubo at Comme des Garçons and Jun Takahashi of Undercover, argues Angelo Flaccavento.

In Paris, Singularity Shines Through the Incoherence

The winners of the season were designers who stuck to a single, brilliant idea, like Demna Gvasalia at Balenciaga, Rei Kawakubo at Comme des Garçons and Jun Takahashi of Undercover, argues Angelo Flaccavento.

PARIS, France — Not everything, but a bit of everything: the fashion week which closed Tuesday night in Paris was a bombardment of contradictions. A bit like life, in a way. Nicolas Ghesquière at Louis Vuitton went as far as choosing the Louvre as a venue for a rather incoherent show based precisely on the idea of mashing together as many differences as possible, a bit like the mix of people from all cultural backgrounds and all walks of life crossing paths in the halls and corridors of the world's most famous museum. You get the idea — and probably the lack of purposeful inspiration, too. 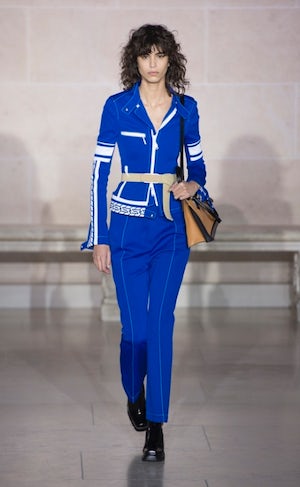 Confusion is the message du jour. Looking for a meaning in what is sent down the catwalks at this point in the proceedings is a bit passé. The mantra shared by designers of all persuasions seems to be: If you can't convince ‘em, confuse 'em and dress 'em up.

This has been a running thread through all the main four fashion weeks this season. It certainly happened in Milan and before that in New York and London. Here in the City of Lights, still the global epicentre of the fashion system, the trend — which is, in fact, the death of the trend — was seen on a bigger stage, making for mega-scale incoherence.

Paris Fashion Week was a total visual galore, but not a fully convincing one. It opened last Tuesday with the angular, glittery and rather vulgar take on Saint Laurent offered by Anthony Vaccarello — Paris' primo purveyor of the ‘sex sells’ ethos, just like the outlandish and kitschy but infinitely more human and warm Olivier Rousteing of Balmain — and closed with the patchy journey through styles and crafts offered by Ghesquière, who keeps trying to bring a softer touch to his woman.

In between, the offering stretched in every possible direction, from Céline's clash of dry masculine tailoring and early Romeo Gigli romance to Loewe's strikingly sensual vision of fashion as curatorial cut up; from Valentino's acidic view of romanticism to Miu Miu's deliberately silly ode to glamour and excess. 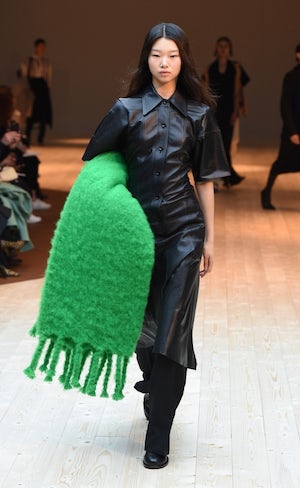 Dior's paean to the virtues of blue was at odds with Junya Watanabe's punk slashing of glam rock tropes, just as much as Ann Demeulemeester's veiled androgynous beauties fought with Giambattista Valli's naughty Parisian ladies in — gasp! — Nike running leggings. Chanel's stuffy and bulky vision of a glittery ladylike future, instead, was out of this world — both literally and figuratively — as much as Fenty's boombastic celebration of college outcasts. It was a lot to digest.

The fact is that confusion and a generally shared lack of editing — shows are getting longer and longer — occurred not only from one show to the next, but also within each collection. Some of the running orders of the looks were so haphazard, they seemed not to belong to the same label.

Why so? To offer as much product for as many different tastes as possible, that's for sure. But also to cater to the habits of the Swipe Generation. It’s not about age, gender or race. Everyone with a smartphone belongs to it, endlessly swiping on our screens for images that catch our attention for a couple of seconds before we jump to the next, ad infinitum. Now, we do the same with fashion, and this is why, probably, collections are so unfocused and unedited: to be easily swiped, and thrown away in a bit.

It’s no surprise that the winners of the season were designers who stuck to a single, brilliant idea — all the while delivering both desirable products and 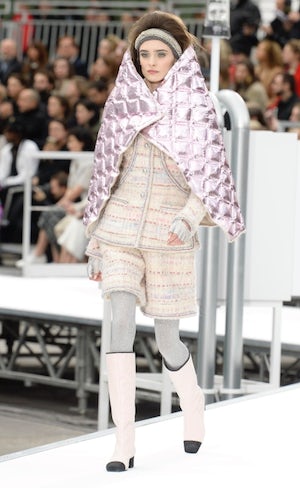 authentic emotions. Product, after all, is way more appealing when it becomes part of a broader, immersive vision. Dries Van Noten provided it, showing a masterful exercise in the dichotomy of masculine and feminine, dry and voluptuous, on a striking cast of glorious models of all ages and sizes.

Rick Owens is probably the most singularly focused commentator on the ebbs and flows of contemporary culture. He does so through the filter of a unique aesthetic: deeply brutal but profoundly poetic. After last season's couture-tinged outburst, Owens reached another peak. Reflecting on what makes humans, well, human, he delivered a parade of pieces that were patched together and regal, in a raw, primeval kind of way and it all felt melancholic but also, strangely, uplifting. The sense of theatre was masterful exactly because it was authentic.

At Alexander McQueen, Sarah Burton explored the crafty joys of paganism with a remarkably light touch and Julien Dossena convincingly brought Paco Rabanne's futurism to an almost primordial level of purism and energy. Focusing on one single fabric — jersey — Atlein, a new label, provided surprise and hope, too, and so did the touching Japanese newcomer Beautiful People.

The winner of the season — or the agenda-setter, anyway — was Demna Gvasalia, who continues to take strides at Balenciaga. The way Gvasalia turns gestures into constructions is both studied and spontaneous, and goes straight to the point. 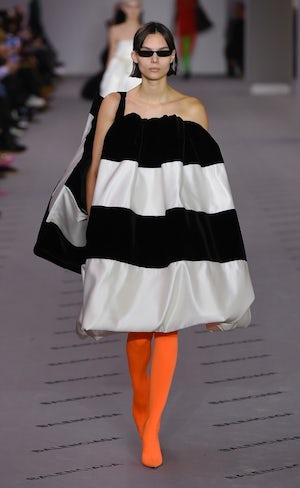 This season he also actively dealt with the archives, in a respectful but productive way that felt progressive instead of vintage-y. All it took to make old things new was adding pockets, and bazaar bags, to grand gowns. Less, after all, is definitely more, as in more focused. Gvasalia's knack is creating clothes that are meant to be worn, that are real, but that also express a radical vision. He is both a realist and a dreamer — and that means a lot when creativity, in general, is in such short supply.

The other true creators, of course, are the Japanese, who never cease to challenge our perceptions. Jun Takahashi's social utopia was a blast of invention that made you think and want to wear the stuff, while Yohji Yamamoto touched a chord. Rei Kawakubo of Comme des Garçons, who will be honoured with a major exhibition at the New York’s Metropolian Museum in May, is the doyenne of them all.

Always full of creative determination, she keeps delivering what can only be labelled as post-clothing.

This season she went as far as proposing “the future of silhouette” — bulbous, amorphous, sculptural. It was otherwordly and so intense that it moved some to tears, but at one point it would be interesting to see Kawakubo getting back again to proposing real clothes that, while radical in her unique kind of way, could also be worn by mere humans.

Of course, in all their poetic absurdity, visions from the likes of Kawakubo are infinitely more inspired than all the stylist-led collections that we are seeing everywhere. Stylists are a wonderful asset for producing a striking image — and a winning show. But when they overpower the designers they are supposed to be helping, you start questioning their role.

Miu Miu was so heavily influenced by Katie Grand — the casting, the excess, the pop, the Marc Jacobs hats — that it felt like a spread from Grand’s Love magazine brought to life on the catwalk, while Marie-Amélie Sauvé’s influence on Vuitton was more apparent that ever in the dry coolness of the image. It can work, but it feels contrived. What we need now more than ever is spontaneity and authenticity — not more catwalk fantasies.