PARIS, France — A sense of apocalyptic doom loomed over the Paris Fashion Week that closed on Tuesday. It rained constantly, yes, but that’s a given in the City of Lights at this time of year. Far more challenging was the feeling that we are living in bleak times. The fashion flock operates in a bubble, yet it was impossible not to be affected by the ongoing spread of coronavirus and the fears it generated, including and the barely comprehensible fear of ‘the other’ invading Europe.

There was plenty of news, real and fake; editors that did not make it from Milan and editors who left early. And yet, despite the surrounding sense of disaster — or perhaps as a result of it — it was a strangely energetic season: apocalyptic in the best possible way, channelling feelings of both angst and elation.

Angst came first. Has anyone else noticed the abundance of anxiety-inducing red lights at venues this week? Waiting for a show to start usually happened in darkness or dim light. This week, it was all about deep red, from Marine Serre to Junya Watanabe. Believe me, being plunged in redness for half an hour is deeply unsettling. Also mandatory was a soundtrack of unintelligible whispers to accompany the wait, making one feel even more nervous. 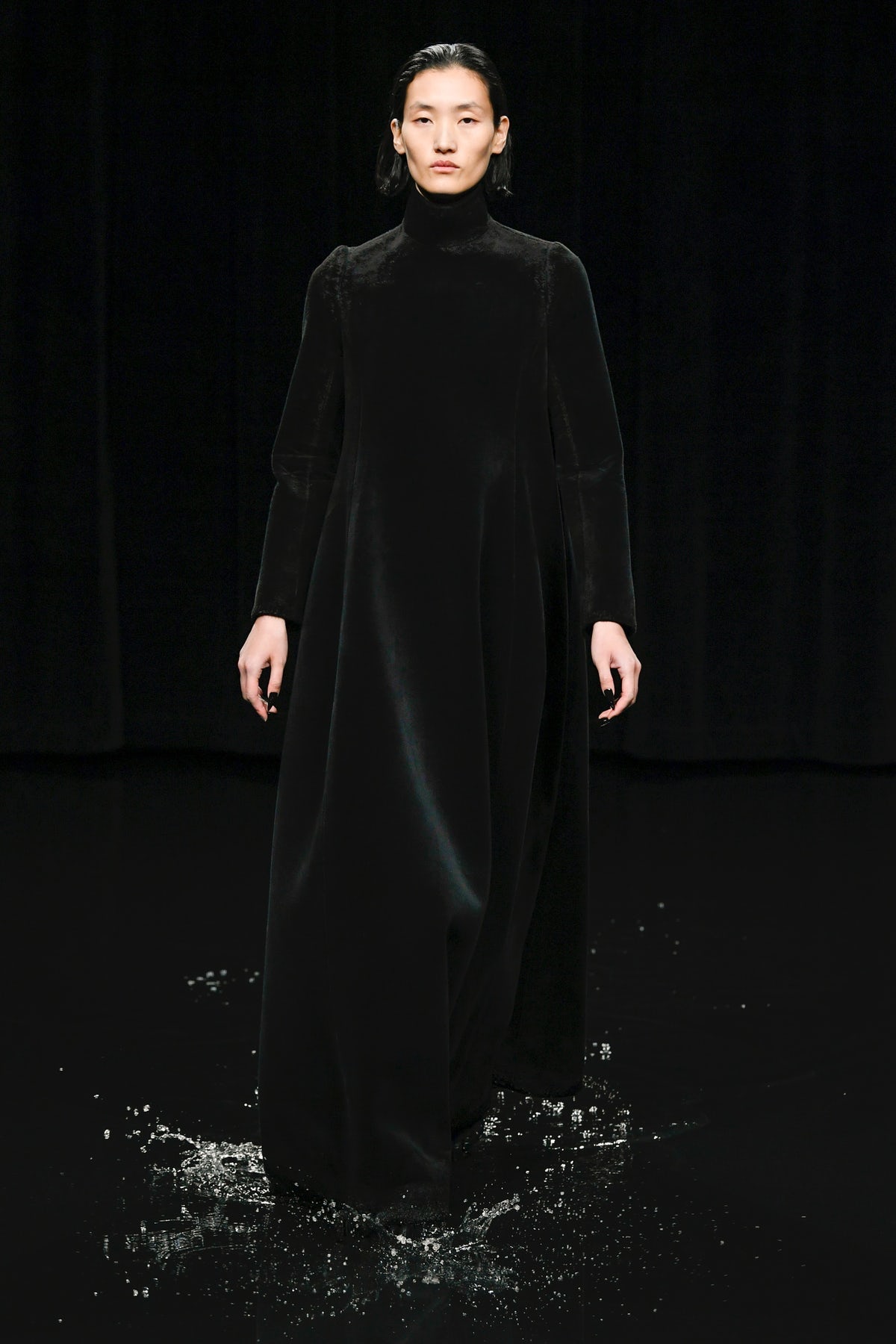 At Balenciaga, there were no red lights nor voices, but the sense of apprehension reached an intensely dramatic peak. You could feel it in the air, in the tightly held breath of your peers, as the flooded set, designed by Niklas Bildstein Zaar, went from total darkness to fire and brimstone and back to black. The show — fearsome, wildly entertaining and no doubt indebted to Alexander McQueen — was one of those fashion moments one witnesses only once in a decade, if you are lucky.

It was so completely enthralling that guests were glued guests to their seats, eyes locked on the catwalk: a reminder of why a fashion show is still such a powerful tool for displaying clothes. Yes, clothes. Because, alongside the showmanship, Balenciaga was also about the fashion. “Making clothes is the reason why I love this job,” said Demna Gvasalia. And what clothes did he make? Dramatic, architectural contraptions that riffed on his very own lexicon of signifiers for the house — humongous shoulders, brutal elegance, touches of fetish — while also expanding on them. It’s clear Gvasalia loves constructing pieces, working from the inside, luxuriating in the pleasure of making fashion, which is rare in this era of hype and styling. In this sense, the show was utterly optimistic. 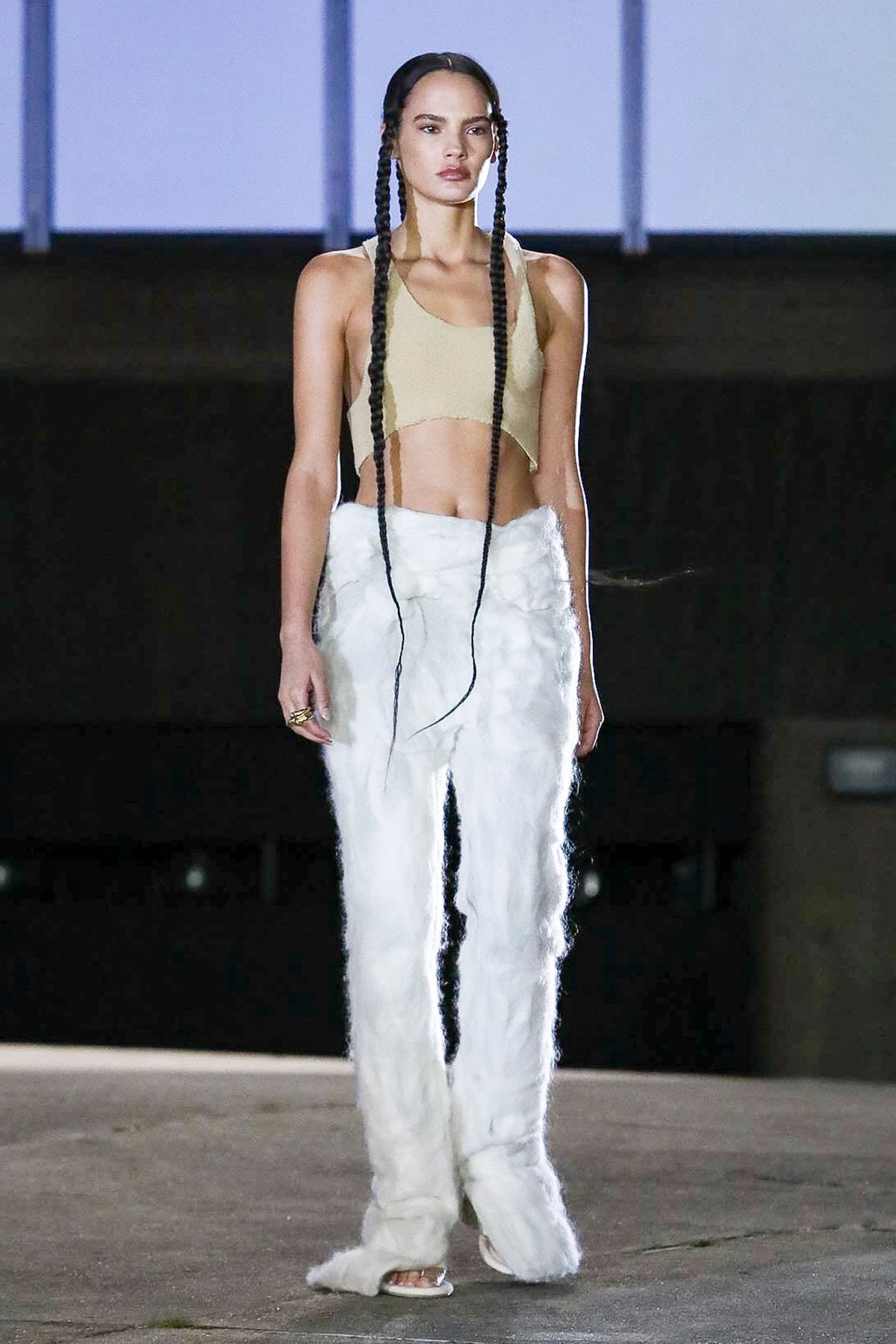 Was Kanye West making fashion with Yeezy Season 8, or was he just showing his outsized ego once again? There was so much arrogance and such little invention — experimenting with padded deconstruction takes skills and sensitivity, and there was no sign of either — to his en plein air outing that, here, silence is best. 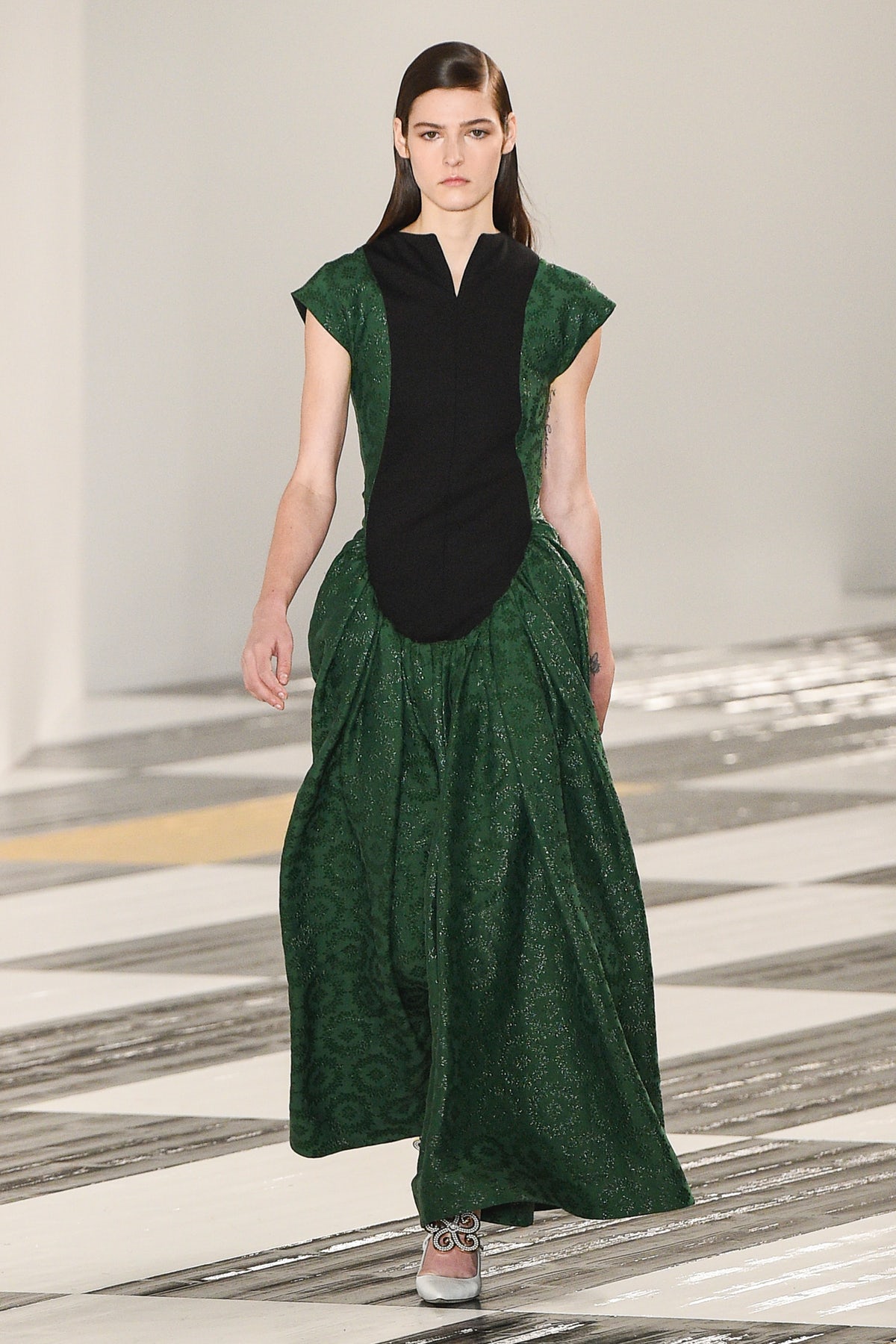 In a completely different part of the fashion sphere — joyous, opulent and indulgently regal — Jonathan Anderson, like Gvasalia, toyed with the pleasure of playing with fashion. For his Loewe show, Anderson displayed a deft hand and a cheerful spirit, proving that as times get darker, the amusement of dressing up can offer consolation. The collection was remarkable on many levels — the mix of materials, the way with rich jacquard textures, the insertion of ceramic elements that felt completely organic — the best being the quest for a more structured, womanly silhouette that was indebted to Spanish iconography (Velasquez, Goya and court portraiture) but never referential. Anderson showed an urge to evolve that was potent and authentic, coming across as one of the leading voices of his generation. 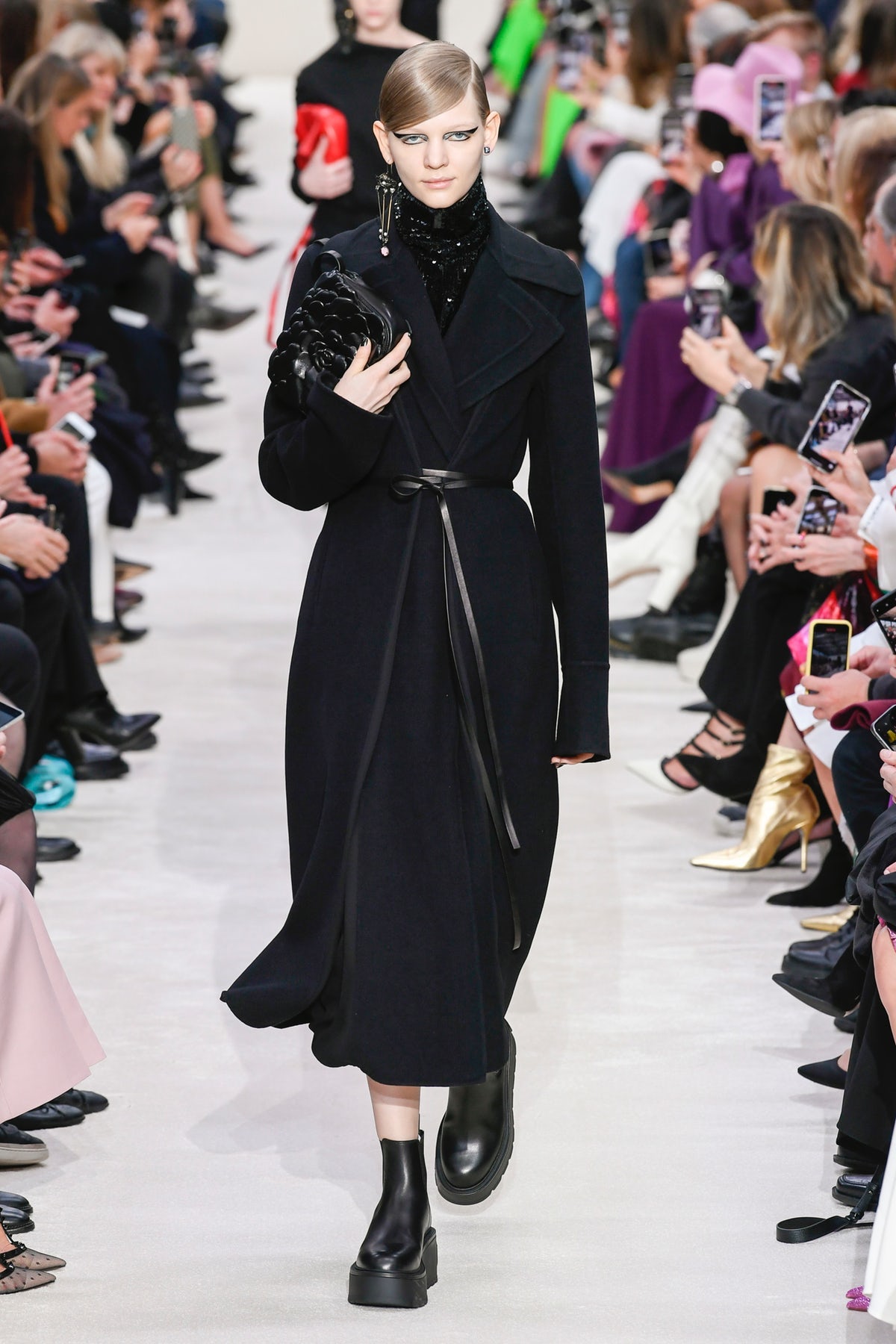 It’s always exciting to see designers break their own mold and evolve in the name of fashion, and not mere merchandising. At Valentino, Pierpaolo Piccioli showed both guts and delicacy, delivering a wonderful evolution that was essentially about clothing of uttermost pureness molding to the wearer regardless of age, gender and size. No manifestos, no declarations, just the sheer pleasure of dressmaking. The best part of the show was black: a black that felt liberating instead of funereal and let the grace of Piccioli’s signature glow. 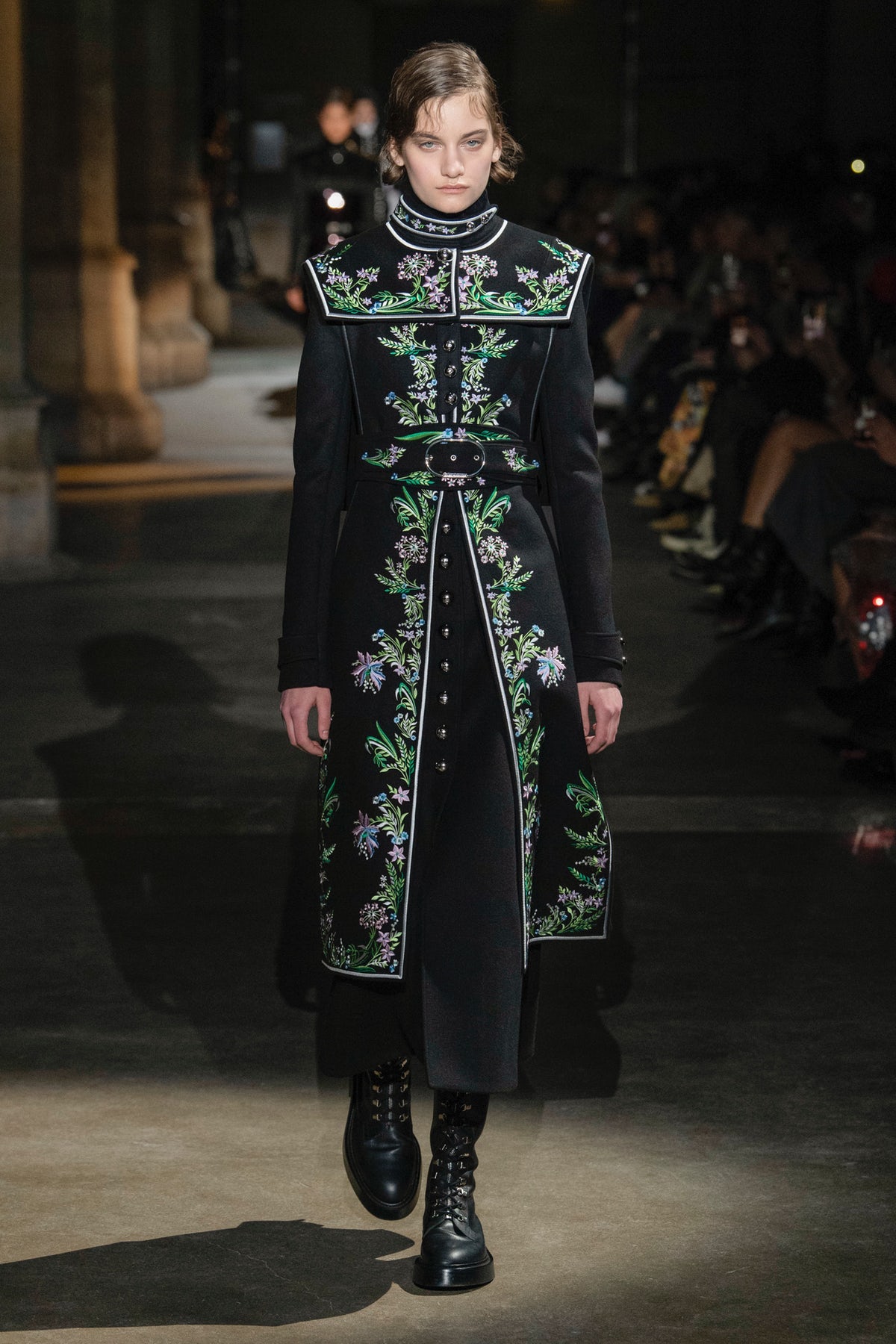 Even Julien Dossena’s Paco Rabanne evolved a great deal this season, doing away with all the futuristic hardness of the past to embrace frothy romance and a sense of radical craft. The elongated creatures he envisioned were truly elating. It was a bit McQueen at times, but one of the most enchanting visions of the season: one that, devoid of the show-time trickery, might feel apt for real life.

The pleasure of playing with fashion turned into pure escapism at Dries Van Noten, in an accumulation that was as glamorous as it was grunge, and a masterfully controlled take on excess. At Rick Owens, the goings turned fiercely theatrical, but not as finely tuned as this most authoritative of authors usually delivers, with massive shoulders feeling a bit de trop. Rei Kawakubo replayed once more her own tropes into just another take on post-fashion that, although mind-expanding, left one craving for the Japanese master to create challenging clothes that are real, and not museum-worthy concepts. Kawakubo’s work has turned into a glorious formula of late, and it is a pity. 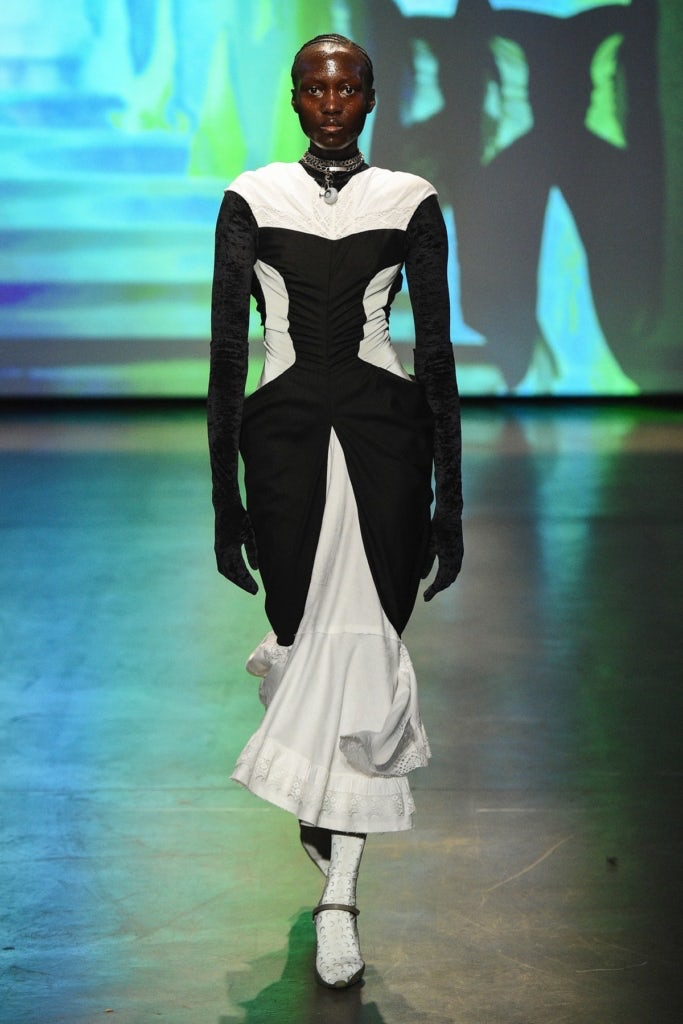 Marine Serre, in her most accomplished outing so far, matched playfulness with a fast spinning multiculti slant that owed a lot to Rifat Ozbek, the original multicultural master, but was seen through her own futuristic lense and felt fresh. Over at Lacoste, Louise Trotter played with color, sharp 70s-inflected tailoring and the brand’s tennis heritage. The effort had energy, but one was left wondering about the relevance of a fashion operation like this within a label like Lacoste. 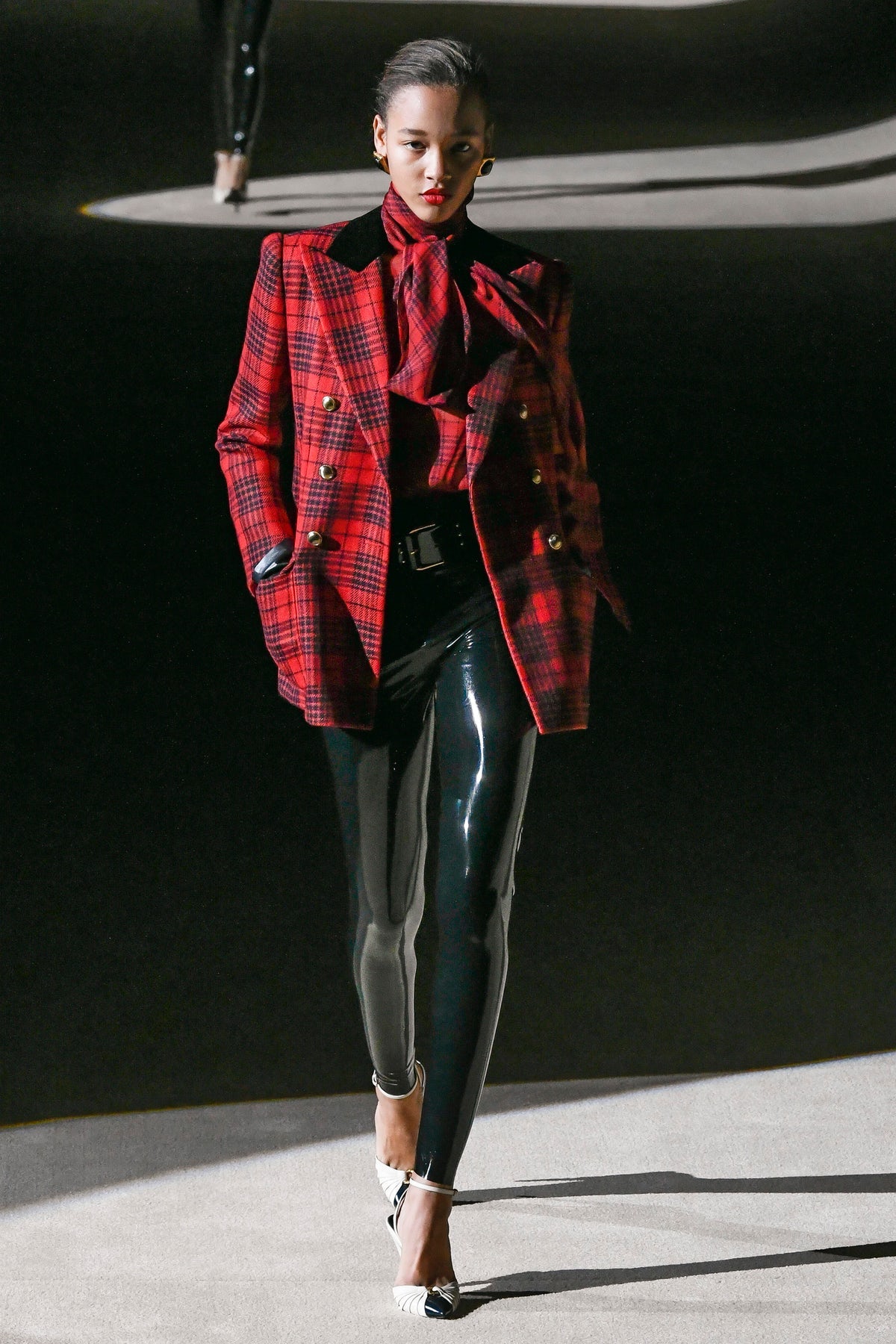 Taking the pleasure quite literally with all its forbidden implications, latex featured predominantly this season, reaching its most glamorous peak over at Saint-Laurent. Sex sells, and sex comforts. Let’s all make love as the world crumbles, each one according to their own personal fetishes. This was the message, more or less. In a smart trick, Anthony Vaccarello mixed a very bourgeois wardrobe of faultless blazers, pussy-bow blazers and glamorous dresses with liberal doses of kink, and everything looked utterly new even if it was not. The curvaceous power woman that emerged on the catwalk was one of the fiercest propositions of a week that was all about strength in womanliness.

This said, nowhere was powerful femininity as good as with Xuly.bët’s comeback show: a tiny little thing held in a second-hand store that was all about recycling, empowering, including and having fun with fashion. No need to hammer on the inclusivity message; no need to include famous people like Naomi Campbell; no need to stress the fact that Xuly was the original black designer in Paris. It was all very authentic and very engaging and very fresh. Fashion for bleak times. Hooray.