MILAN, Italy — Milan Fashion Week, which closed yesterday, was a blast. Not just because it affirmed once and for all that Italian fashion is finally witnessing the sort of renaissance that can come with swift generational turnover. That movement actually started a few years ago, but picked up momentum with Alessandro Michele's rise at Gucci and has since resulted in a wholly new landscape — populated by a healthy number of distinctive and fiercely personal voices adding their vernacular to the fashion conversation, from Marco de Vincenzo's own brand of cuckoo to Lucio Vanotti's sensual purism.

Milan fashion week was a blast in a visual sense, too: a galore of fierce styling and impossibly eclectic mash-ups. At MSGM, for instance, the clash of bold geometric patterns, nets, glaring hues and tentatively avant-garde shapes — with more than a passing nod to Comme des Garçons and a couple of Vetements rip-offs — was, quite frankly, discombobulating. It felt forced. Even more so because this appeared to be Massimo Giorgetti's most Instagram-friendly outing, but strangely came with a social media ban, which, ironically, was probably more of a PR and communications device than anything else. 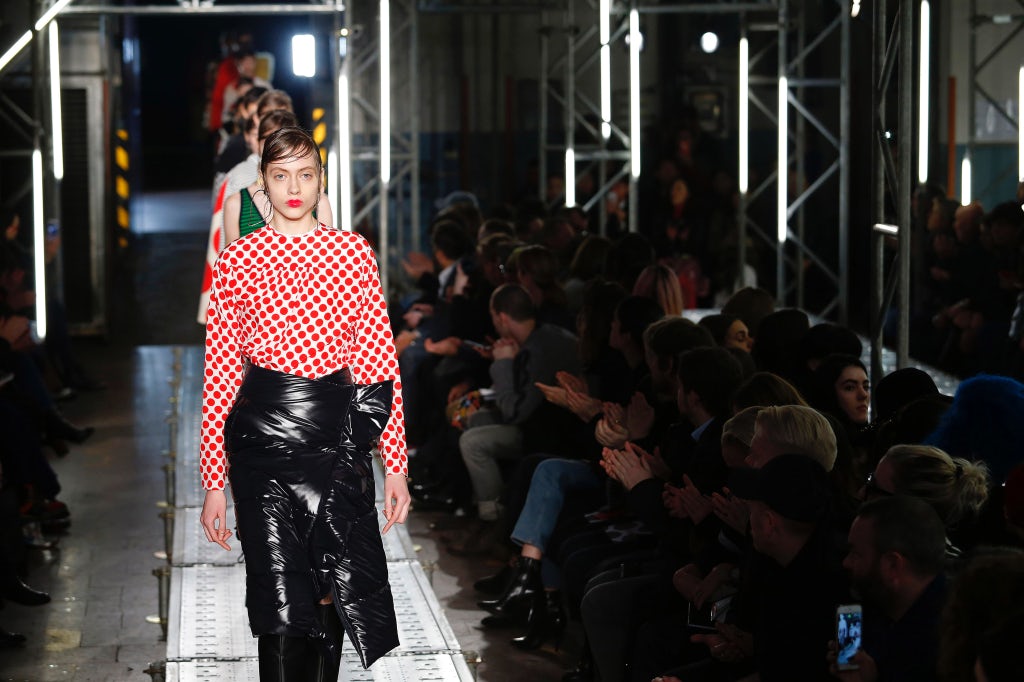 On a wholly different level of polish, Prada's stellar show was also an experiment in super-styling. It was visually engaging, but as has often happened with Miuccia Prada’s shows of late, it had a lifeless, cool glare. The collection was, in Mrs Prada's own words, a reflection on femininity using bits and pieces of this and that — from war-time pauperism to 1950s jolie madame — but the degree of concept (and accessorising) that came with each look was so intense that what ultimately came across was a kind of desperation to be cool, not the primal urge of authentic creative energy. Mannerism, that's the best label for it. It was beautiful yet lacking emotion. 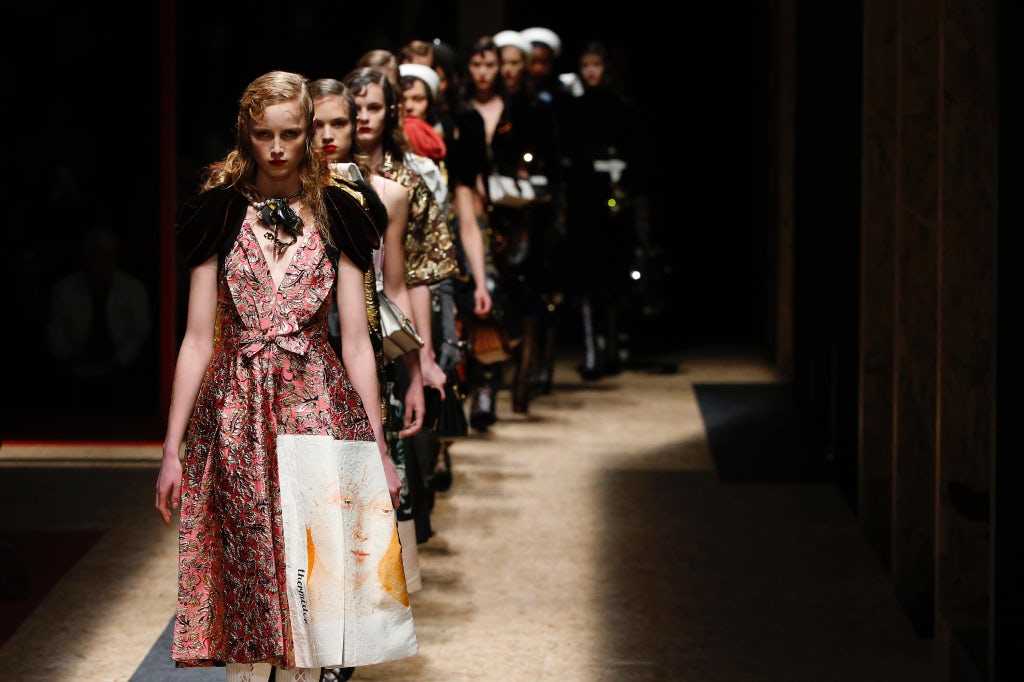 Gucci's Alessandro Michele is certainly a Prada alumnus, at least in terms of his Dadaist method: he throws together seemingly far-flung elements — Caterina dè Medici and Studio 54 anyone? Yet what makes him so charming, so warm and ultimately fascinating is the ingenuity and enthusiasm that come through in his work. Michele's mixes can sometime be heavy. With 80 or so looks on his catwalk, he clearly has no intention of editing himself. But you can really see his true love for fashion in his work, which is all the more lively because he is not afraid to make mistakes.

At a macro level, what designers big and small seem to be suggesting to their customers at the moment is: raid your closet, throw together what you find, pile it up with no apparent meaning and hit the world.

At a macro level, what designers big and small seem to be suggesting to their customers at the moment is: raid your closet, throw together what you find, pile it up with no apparent meaning and hit the world. Which, all things considered, is quite an anti-fashion statement. Or better yet, an astute marketing plan to sell the dream of individuality while stressing the power of product. 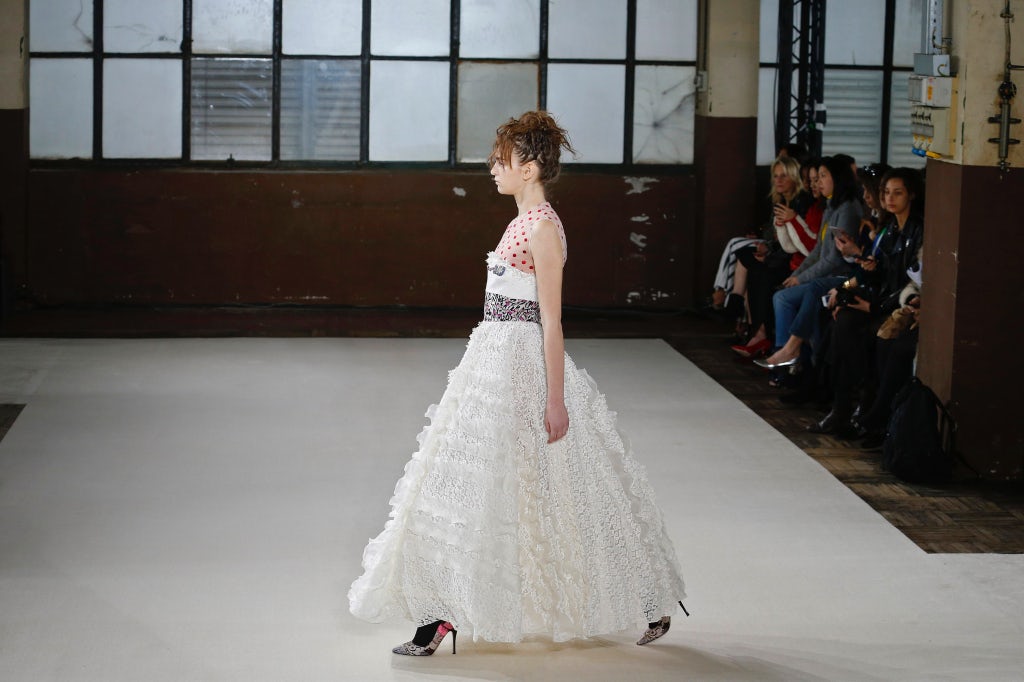 Blame Hedi Slimane for having brought a grunge sensibility to the center of fashion's value system, replacing true design with uber-cool styling. When even a skilled dressmaker such as Giambattista Valli — albeit for Giamba, the younger, rebel sibling to his mainline — trashes couture craftsmanship with whiffs of the seedy underground, you have to take notice. Milan's newfound adepts of all things gritty included No.21 and Fausto Puglisi, even though with Puglisi it was just a cover up for his nth exploration of a number of Versace tropes.

This is a season of decoration, but not so for Consuelo Castiglioni of Marni. A true fashion force of the shy and understated variety, Castiglioni delivered one of her best collections to date: a superb merging of romanticism and sport, of couture shapes and dry drama. 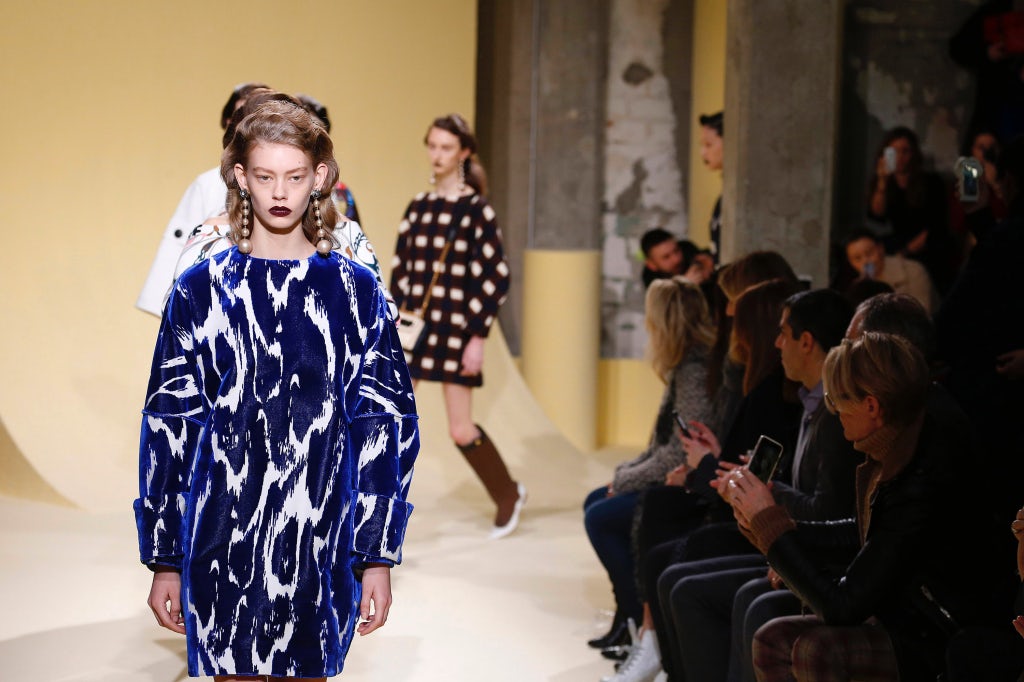 At Dolce & Gabbana, on the other hand, the profusion of catchy decor was little more than a trick for masking collections that are more or less always the same, which is also a wonderfully Italian escamotage for tackling the “see now, buy now” craze: what hits the catwalk is, in fact, not dissimilar to what is already in stores, hence the desire for fashion immediacy can be satisfied. 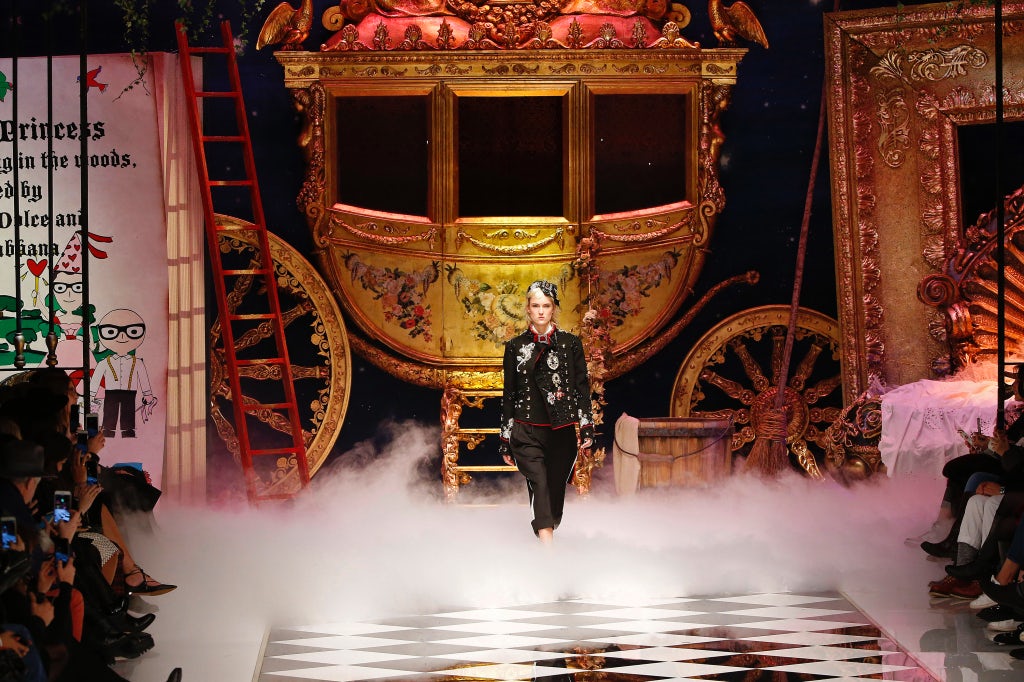 The maximalist urge that swept Milan can be read as evidence of fear and confusion. Carnival, after all, is a reassuring way to front a cruel world. One just disappears behind a mask — or the haphazard layering we are seeing on the catwalk — and that's it. Indeed, it takes quite a dose of courage to confront reality in a metaphorically naked state, and this is exactly what gave the Milanese minimalists such a strong voice.

Rodolfo Paglialunga led the flock at Jil Sander, finding a charming balance between the house's purism and his very own sense of soft femininity. At Salvatore Ferragamo, Massimiliano Giornetti fused purity and boldness with a charming touch of joy. 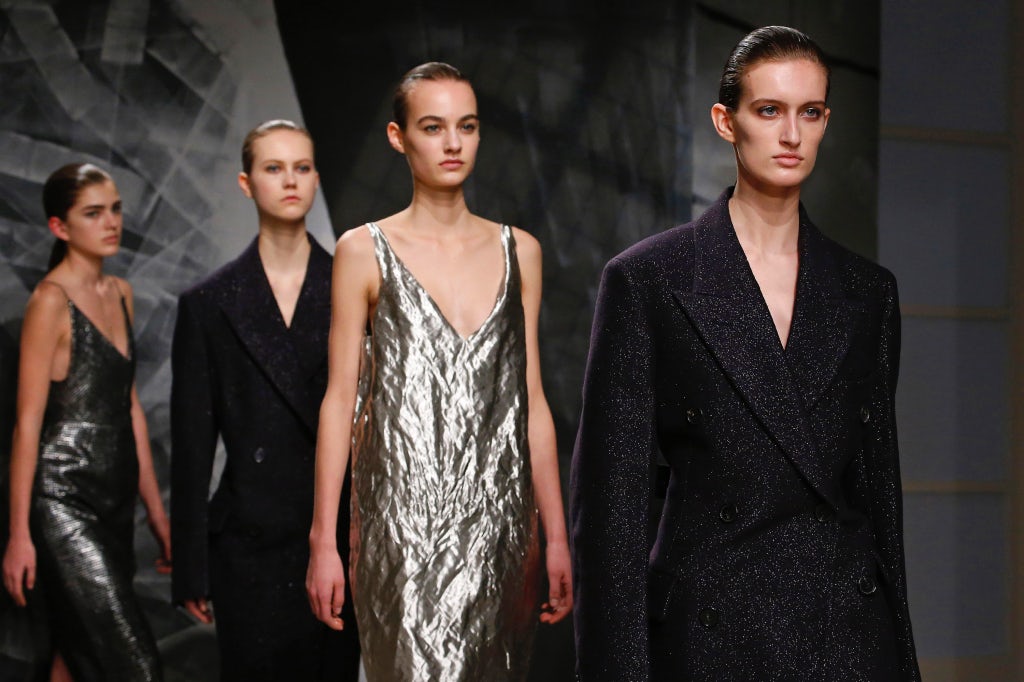 Largely passing under the radar, Edward Buchanan is another force to be reckoned with. His knitwear collection, Sansovino 6, is an oasis of intelligent, clean design and malleability that's, ultimately, much more customer-friendly than marketing-driven super-styling. Lucio Vanotti is another purist worth mentioning. He has a wonderful way with subtraction and elegance, and knows how to do more with less and less and less.

In Milano, all things considered, what started as a blast ended with a palate cleanser. Because, you know, Italy is all about violent contradictions. Just like fashion.