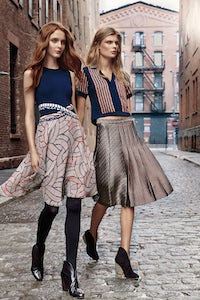 NEW YORK, United States — Successful contemporary brands are good at ticking off broader fashion trends in a way that feels germane to the designer’s particular point of view. This season, Diane von Furstenberg made a margin-driving jumpsuit that wrapped up like one of her signature dresses. And yet jumpsuits were only one of the boxes she needed to tick. The line — loosely inspired by travel and life in the palazzos of Italy — featured several ideas already emerging from this season's Pre-Fall collections: mixed-media slip dresses and ribbed-knit polos, as well as pleated skirts and tops in men’s neckwear-inspired foulard twill.

Von Furstenberg attempted to make these ideas her own by delivering feminine, easy shapes that helped to create an hourglass figure — or at least the illusion of one. At a preview, she was eager to point out that a dress hanging on a rack was not a drop-waist style, but instead a fitted skirt with a blouson top. Even a loose, clementine-coloured silk shirtdress was cinched together.

But were these clothes “DVF” enough to win over a customer who is spoilt for choice? Some of the looks — broderie anglaise jackets, floral sundresses — were too generic. Yes, they may have ticked off trends, but they weren’t inspired in a way that makes the label on the inside feel consequential. The most compelling pieces weren’t trendy at all. After years of flying under the radar, her legendary printed wrap dresses offered an unwavering point of view in a crowded market — and seem poised to shine in the cultural spotlight once again. 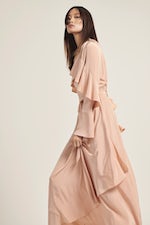 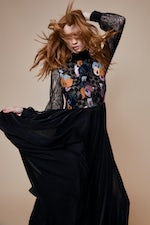 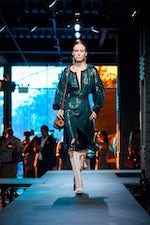 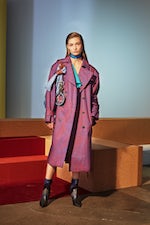