PARIS, France — What if fashion reverted back to the simple but oh-so-fundamental activity of making dresses that make people look better, empowered, liberated, magnified or just plain beautiful? It’s a reactionary notion completely at odds with the streaming of fashion as entertainment and the need to feed social media feeds. But couture, in particular, already speaks volumes, at least in terms of silhouettes, textures and finishes. So, let’s cut the conceptual, psycho-babble. The clothes need to stand alone.

Christian Dior, which opened the latest Paris couture week, was a case in point. Since her appointment, women's designer Maria Grazia Chiuri has made a point of working around a feminist message, framing each of her collections with academic-sounding programmes that seem geared to prove her intellectual worth, and yet contain references to essays and exhibitions that don’t often glue together, producing fog instead of enlightenment.

This season, for what was actually her best Dior outing thus far, Chiuri was thinking about the dress as habitat or architecture. Done completely in black, and relying on the superb moulage, draping and cutting skills the Dior ateliers, the collection was an ode to womanly shapes and the kind of feminine power projected by an ancestral Greek beauty such as Irene Papas. The visual impact did all the work: this was clothing with a strong presence. And yet, Chiuri went from quoting Bernard Rudofsky's essay “Are Clothes Modern?” to collaborating with feminist artist Penny Slinger, and it all felt like much ado about nothing, down to the faux pas of the doll house dress in the finale. Really? 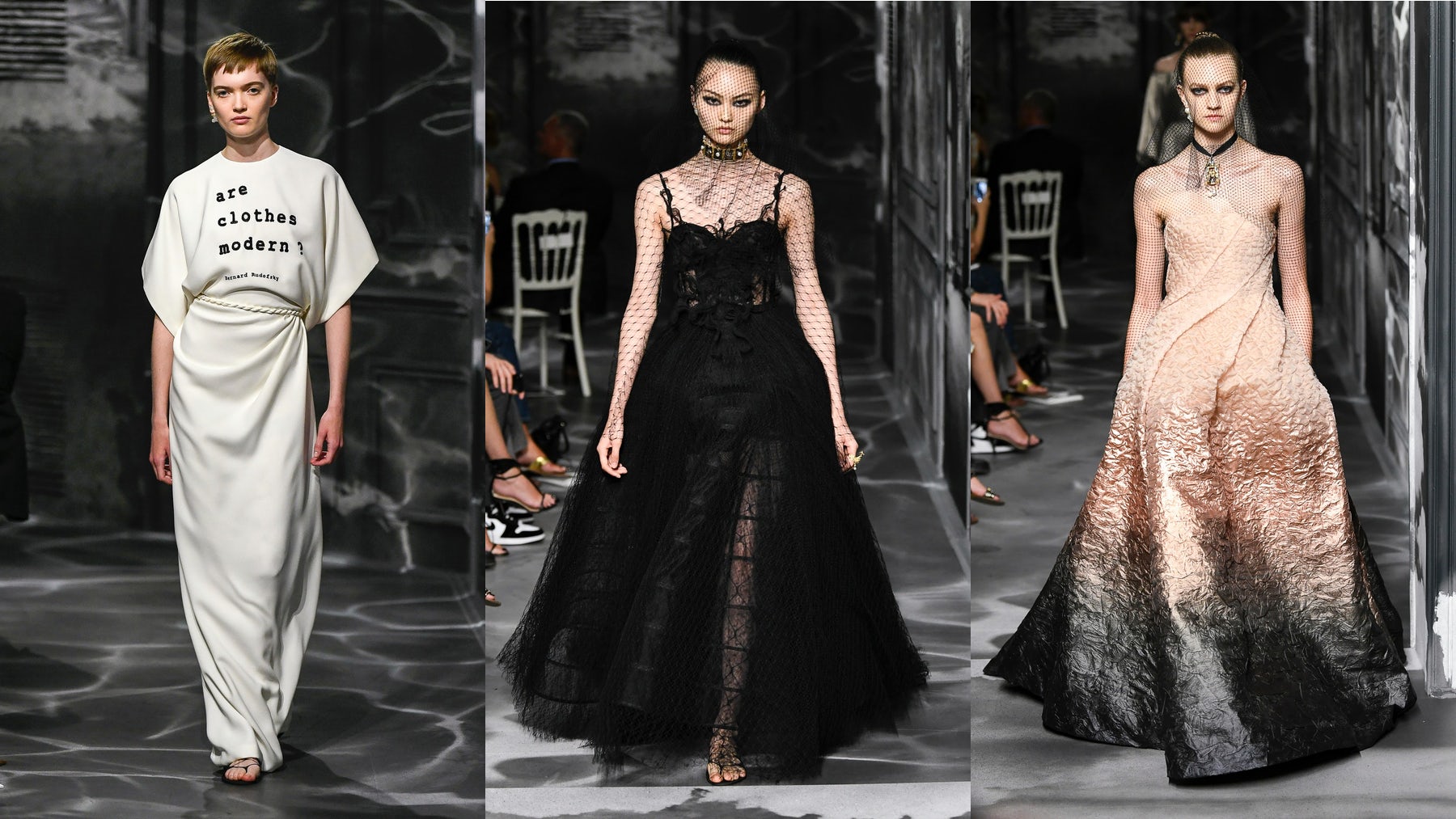 Over at Valentino, Pierpaolo Piccioli once again tackled the slippery terrain of inclusivity, a topic that has been firing his creative energies for quite a while now. Despite the good intention of turning a temple of exclusivity like a couture house into a venue for diversity, Piccioli is certainly handling some hot potatoes here, and he seems aware of this. This season he limited his discourse on inclusivity to a few lines, preferring to leave the final interpretation of his show to the viewer.

So, was Valentino inclusive? To this reviewer, that was not the real point of a very crafty, very extravagant and very Pasolini collection — see Medea, and the wonderful costumes designed by Piero Tosi. What stood out was a will to set the imagination free and let the eye travel, sometimes to the detriment of coherence, despite the sublime form and colour of some of the purest outfits. Elsewhere, it was a tad costume-y. This was Piccioli in good form, but not at the top of his game. 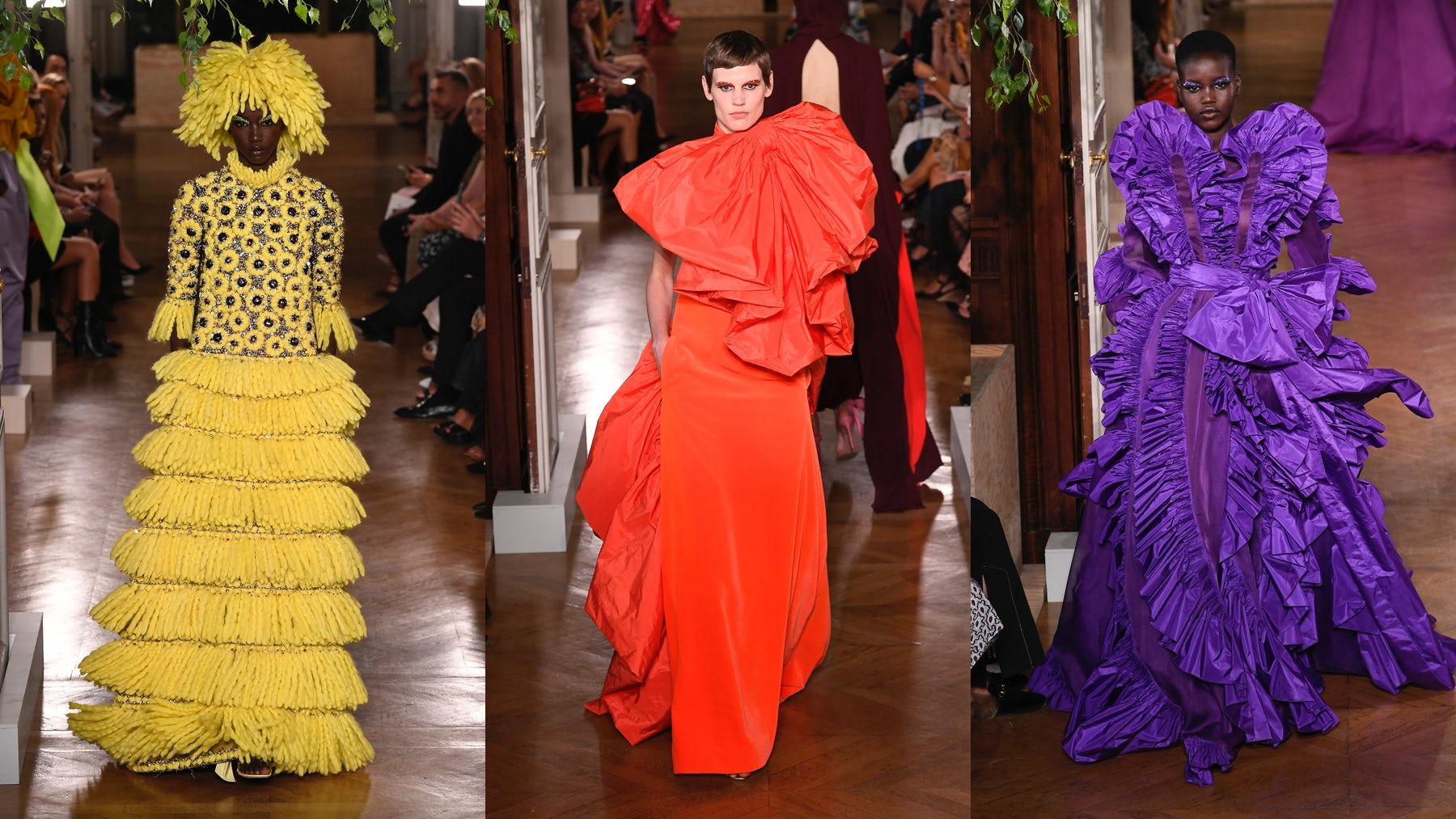 It takes a master to ruminate on a topic and turn it into sartorial technique, and this season that master was John Galliano, who at Maison Margiela continues to examine the highs and lows of our contemporary world through the filter of his imaginative mind and superbly skilled hand. Acknowledging that reality is illusion, even more so on the internet, this season Galliano worked in accumulation — of layers, of twistings, of turnings — in order to reach a final catharsis, which coincided with the simple gesture of draping cloth, of cinching a waist. It all looked very spontaneous, with more than a whiff of Dame Westwood, but it takes a lot of effort to produce something so immediate and instinctively glamorous. In any case, at Margiela, the concept and the clothing fit together and it was a relief. 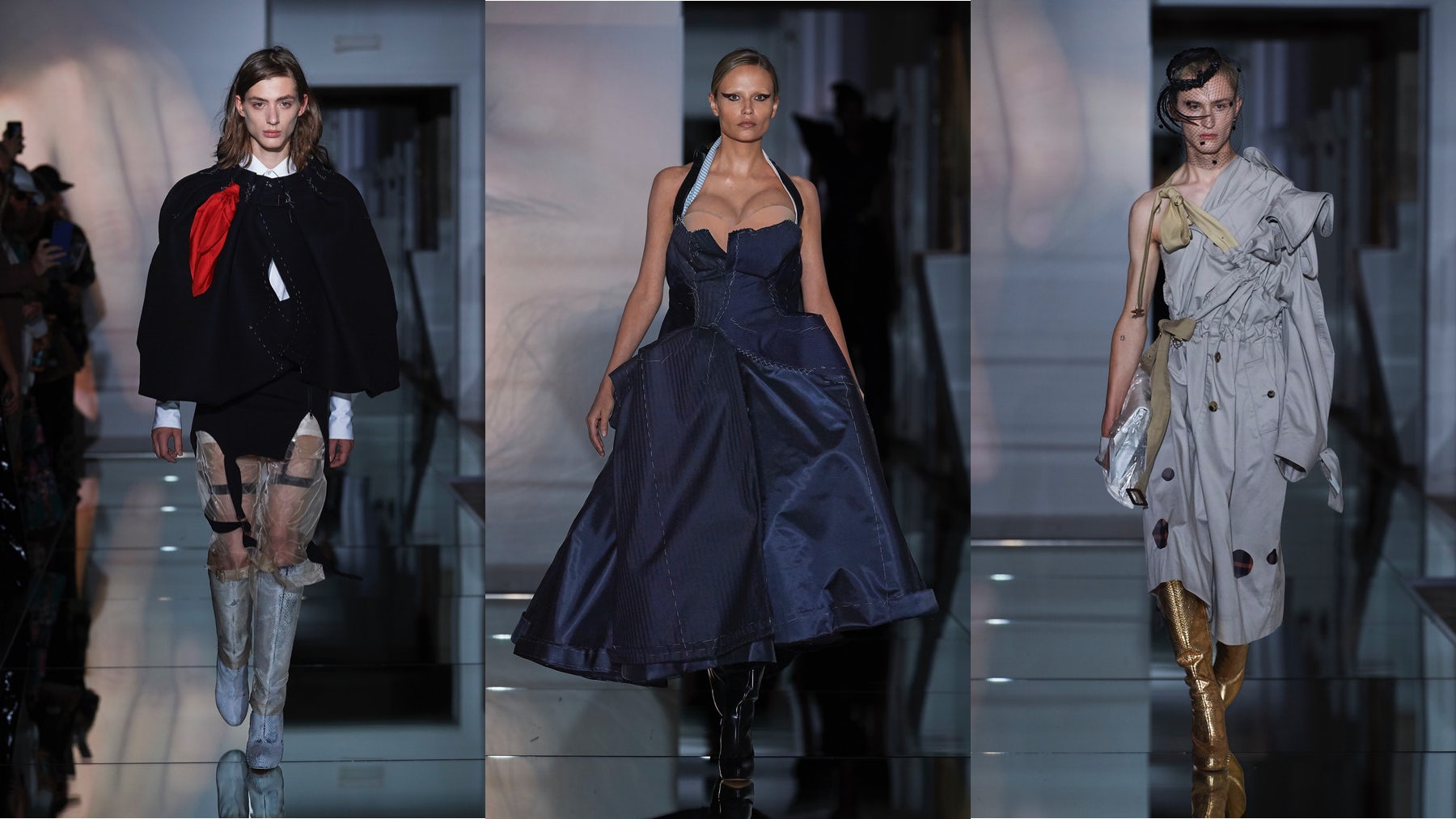 At Silvia Venturini Fendi’s first Fendi Couture show since the death of Karl Lagerfeld, there were no high concepts, no intellectual blah blah, just nods to roman marble, natural elements and Viennese Secession decor turned into incredible intarsia of cloth and fur. At times, it all looked a bit stiff, but it sure was a unique feat of craft. Opting for an exhibition in place of the show, Giambattista Valli edited his work down to the essential traits — fluttering lines or unremittingly simple silhouettes — and scored, because he, too, put clothes at the centre.

Virginie Viard's first post-Lagerfeld couture outing at Chanel bore her signature: a lighter, more fluid mark. It made for a very wearable collection, but a strong, directional fashion proposal it was not. Over at Schiaparelli, it was debut time for Daniel Roseberry who made his own imprint on the historic and difficult brand, sometimes quite literally, from putting his fingerprint on the invitation to drawing in front of the public during the show in what was a rather random and cliché vision of a struggling artist at work. But ditching the surrealism, the lobsters and the shoes as hats was a winning move, just like dividing the offering into day, night and dreamtime, but beyond that the effort lacked continuity and technique. The Instagrams looked good, however. 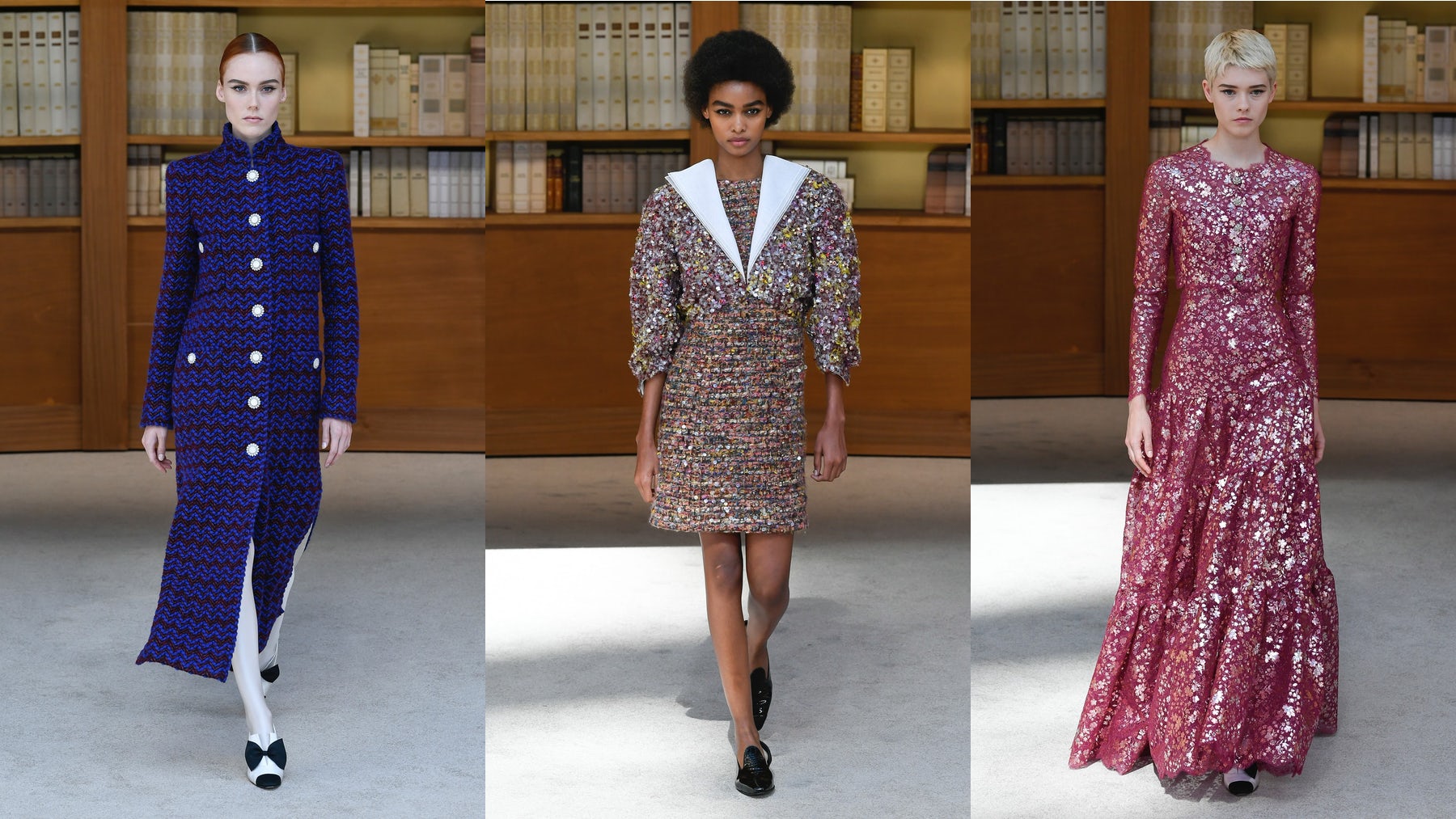 There was a charming brand of strictness to Givenchy. Couture is a mode of expression which seems particularly suited to Clare Waight Keller. There is a focus to her couture outings that is somehow missing from other areas of Givenchy. And yet, with its stress on gowns and architectural drama that certainly looks wonderful in pictures, it is still not clear if couture is an actual business for the house, or just about the striking visuals. The later scenario definitely applies to Viktor & Rolf, with results that change immensely from one season to the next. The earthy and black opus of this season did not feel particularly striking or relevant.

Which brings us back to the beginning. Mere clothes-making is probably not effective alone. But strong concepts for weak clothes is worse. Storytelling, not alongside, but through dressmaking is the way forward.