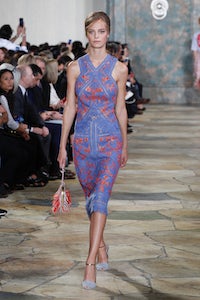 NEW YORK, United States — Tory Burch has perfected the art of the souvenir. Not for her the gimcracks and gewgaws of holiday homecomings. She creates a fashion collection around her memories. Like the one she showed on Tuesday morning. A trip to Angkor Wat had left her brooding over the effect that time has on the physical world, making things more beautiful with patinas of age. Burch offered the way copper turns verdigris as an example. The oxidised jewellery in her collection was another obvious instance. More subtle were the iridescent organzas that closed her show, or the blue guipure lace pieces stitched with coral, like a gorgeous fungus.

Burch’s ascent to fashion’s stratosphere is, by now, a pretty well-known story, but it it’s encouraging that she does so well with clothes that are so rich in quirky detail — so personal. While it’s true that there were simple smocked cotton tops and skirts here, there were also fringed-tweed wrap skirts, tasseled tops, lace caftans, feather-light perforated leathers, even some pieces that looked like Burch had whipped a carpet off the floor in a Greek taverna and wrapped it into a dress. That might have been what she meant when she talked about “finding beauty in unexpected places”.

If there was one cavil, it was that the collection spoke more to Resort than Spring. There are obviously women who look to Burch for their daily wardrobe. They would find plenty of beautiful leisurewear here, but any notion of utility seemed remote. 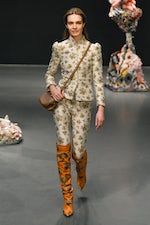 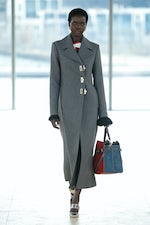 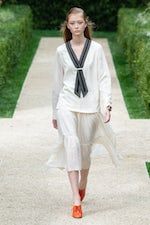 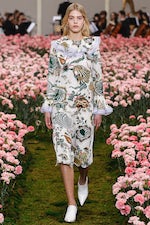