PARIS, France — Is extreme romanticism at odds with punk’s abrasive spirit? Not necessarily. Certainly not for Kei Ninomiya, the latest designer to emerge onto the big stage from the expansive Comme des Garçons family with his label Noir. Of the wunderkinds Comme has nurtured over the years, Ninomiya is probably the closest to founder Rei Kawakubo's own rebellious sensibility. He mixes the rough and the delicate with an assured hand, bringing opposites together in jagged juxtapositions. Ninomiya's unwillingness to ditch the colour black whilst endlessly evolving is also remarkable.

Previous Noir collections have been quite captivating in visual terms but rather angular and at times monotonous. The one which was shown today in the dark of the Salle Wagram basement felt softer, more varied and, dare we say, rounder in its scope — fetishistic tones notwithstanding. The collection did not focus exclusively on the technical prowess of obsessive object-making through repetition of little modules. There was a lot more going on here. There were proper dresses, too, that retained Noir's punky spirit. Entitled “Rose,” the label’s latest outing had as many petals and thorns as a rose itself, alternating between the delicate and the aggressive, the experimental and the concrete, the extreme and, well, the little less extreme. This is not fashion for the cowards, after all. Volumes and shapes were definitely bold, sometimes needlessly so. 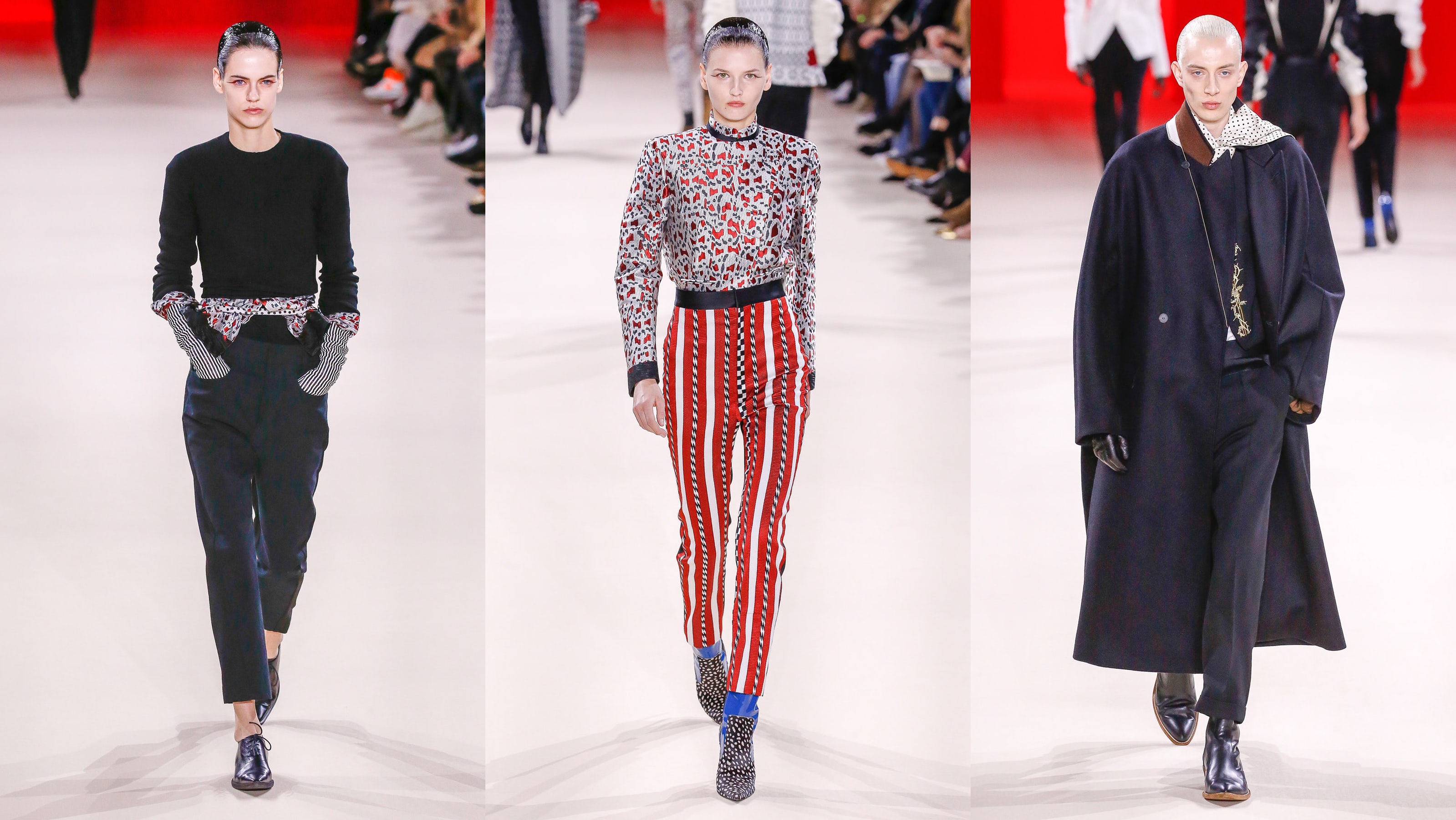 View Collection
Haider Ackermann is another designer of extremes. He can be super decadent and romantic, or super decadent and sharp. This was one of those dark, graphic, spiky and very gloomy seasons. Working almost exclusively with black, red and white and with geometric patterns, Ackermann went hard: straight cuts, firm textures, sculptural volumes and quite a lot of drama in the air — and on the soundtrack. The show was a co-ed presentation, and while it was coherent in the designer’s choice of colours and fabrics, men's and women's did not quite come out in the same way.

The womenswear looked stiff and gloomy in a way that recalled the late 90s heyday of Belgian gloom and doom, while the menswear had an ease that felt engaging. It would be interesting to see Ackermann’s alien women pick up some of that nonchalance.