PARIS, France —  There is no shortage of ‘concept’ in fashion nowadays. But the truth is: some concepts work, while most are nothing but a cover-up for a lack of genuine design ideas. So, it is refreshing when a designer usually perceived as conceptual goes theme-less. Right after the Noir Kei Ninomiya show, the press office of Comme des Garçons (which operates the label) distributed an email saying the theme of the collection was no theme. Yay! Ninomiya, after all, is more interested in technique than narrative, which, all things considered, is a refreshing perspective. He works by repetition, letting modules grow to humongous proportions, weaving, knotting, wiring elements together with a level of obsession that is captivating. 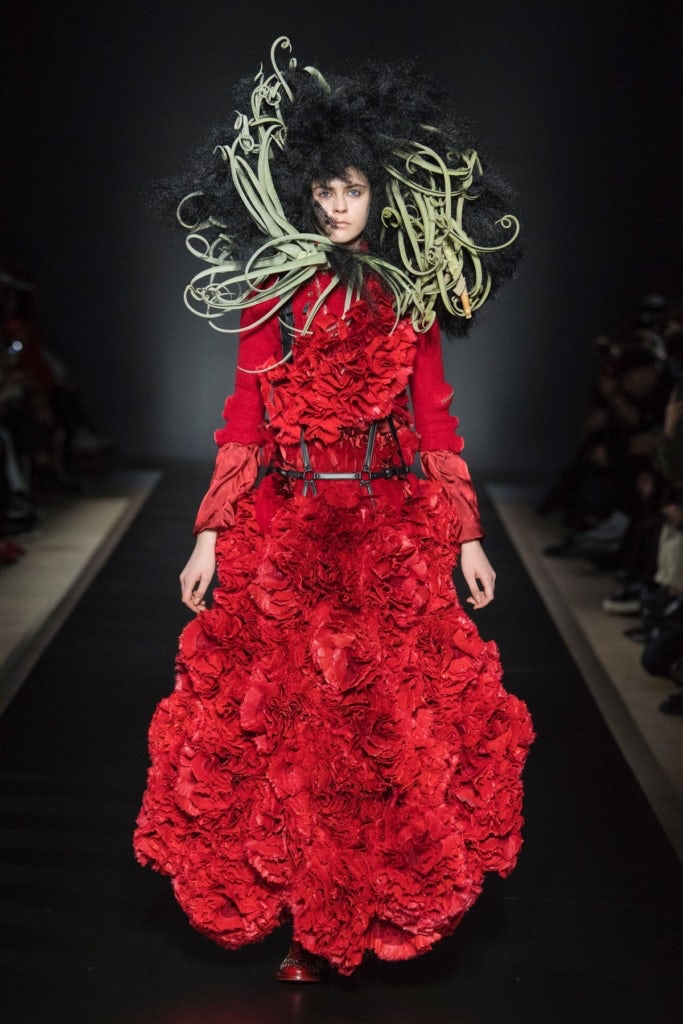 Today’s collection — with enormous shapes enveloping the body in protrusions of petals, metal wire, fake fur, “moss” and rhodoid, and with the deep reds morphing and flowing into black — saw the Japanese designer grow even closer, in aesthetic terms, to his mentor Rei Kawakubo. Ninomiya’s focus on creating extremely sculptural non-dresses, in fact, is much the same. This is a compliment, but also a possible problem: Comme’s universe of brands is too faithful to Kawakubo. Sometimes it is hard to tell the mainline from Junya or from Noir. Perhaps a bit more variety under the company’s umbrella would energise things a little. 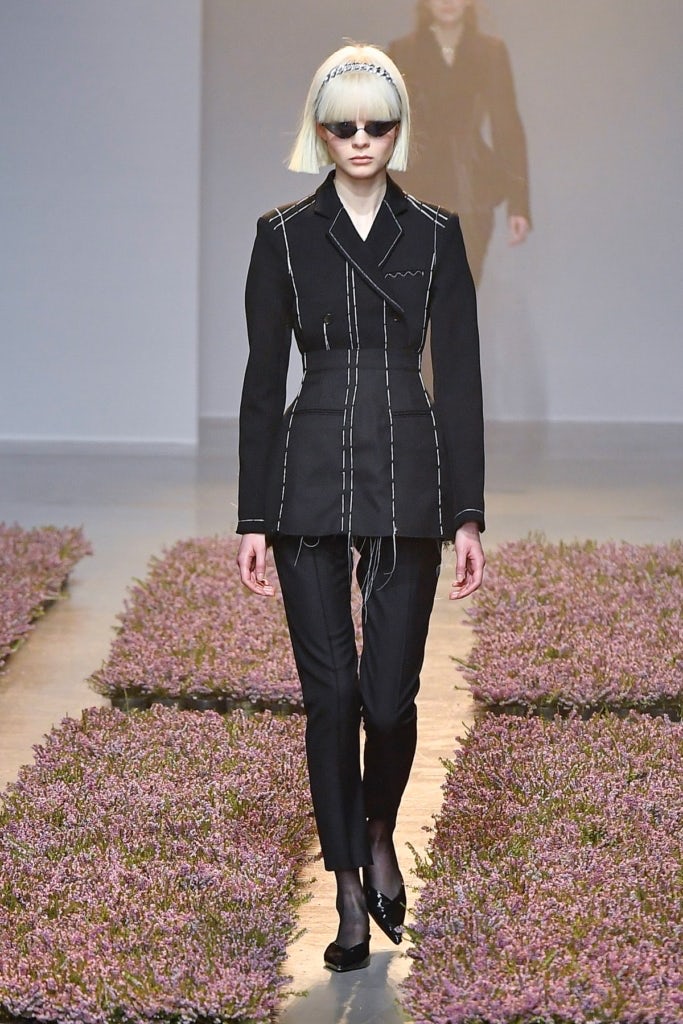 There was a theme, and a very personal one, over at Rokh, where designer Rok Hwang dedicated his latest collection to his sister, on the very day of her marriage. Hwang described the effort as a visual love letter and in weaving into the Rokh lexicon elements taken from his sister’s personal style, he managed to add unexpected doses of dry romanticism to the proceedings. It made for a charming outing, but the collection lacked focus. It opened in black, with some truly smashing hourglass-shaped basted tailoring, and then went on with printed silk dresses, slashed trench coats, tulle dresses, oversized suiting and black leather. There was a lot to digest, which took away from Hwang’s deft and innovative way with cut and proportion. 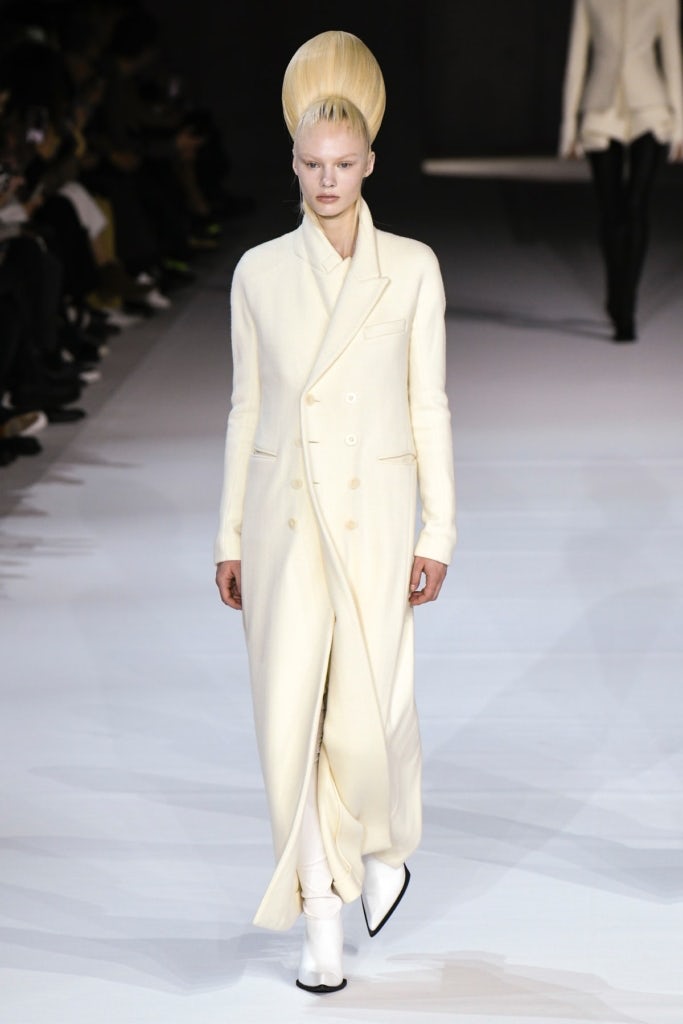 Haider Ackermann is another typically theme-less designer, conceiving collections more around colours and textures than narrative punchlines. This season it was a story of white — the galactic beginning — black, and black and white, with some neutrals thrown in the middle, for a lean and very graphic silhouette. The white and the women’s wear stood out, while the menswear — the chenille tracksuit, the cropped jackets — at times bordered on the tacky. 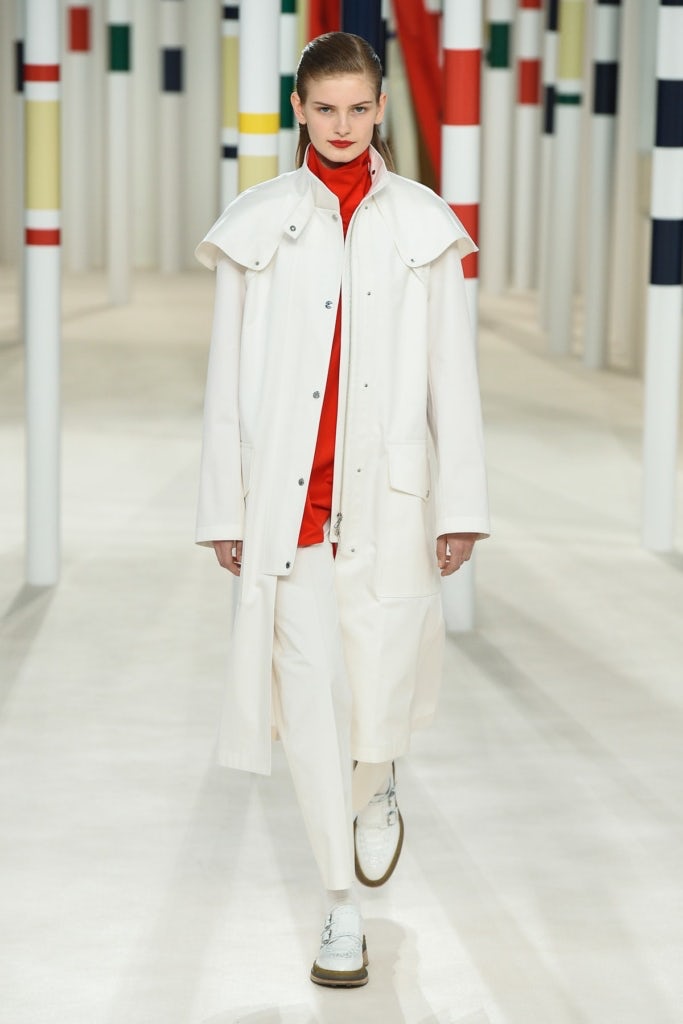 Later at Hermès, what really grabbed my attention at a plain but faultless presentation of leather outerwear, sharp leather tailoring and fluid silk dressing were the red lips of many of the models. Hermès recently launched lipstick, which means it has entry-level price points for the very first time — quite a bomb for a luxury house of this calibre. The collection, although impeccably executed, was not nearly as exciting. A house like Hermès doesn’t need to do fashion but benefits from frisson. Today, all the whites and brights, instead, felt a bit Benetton.