MILAN, Italy — Do fashion shows necessarily have to tell a story? The design process, of course, always starts somewhere, but sometimes the initial inspiration gets lost midway and the result in focused on the product, which is perfectly fine. It’s when the storytelling is layered on post-fact that things look a bit forced. Massimo Giorgetti dedicated today’s MSGM show to Dario Argento, Italy’s king of horror movies who has created masterpieces such as Suspiria and Profondo Rosso.

He actually collaborated with Argento on a range of merch — shirts and scarves, primarily — printed with his original movie posters. The show’s soundtrack was a collage of Argento’s most renowned scores, and the show was plunged in a deep red light. But past that, the Argento liaison was nothing more than fodder for chatter. It was a pity, because Argento has always shown a keen fashion sense throughout his oeuvre, matching characters and clothing is some deeply striking and twisted ways. 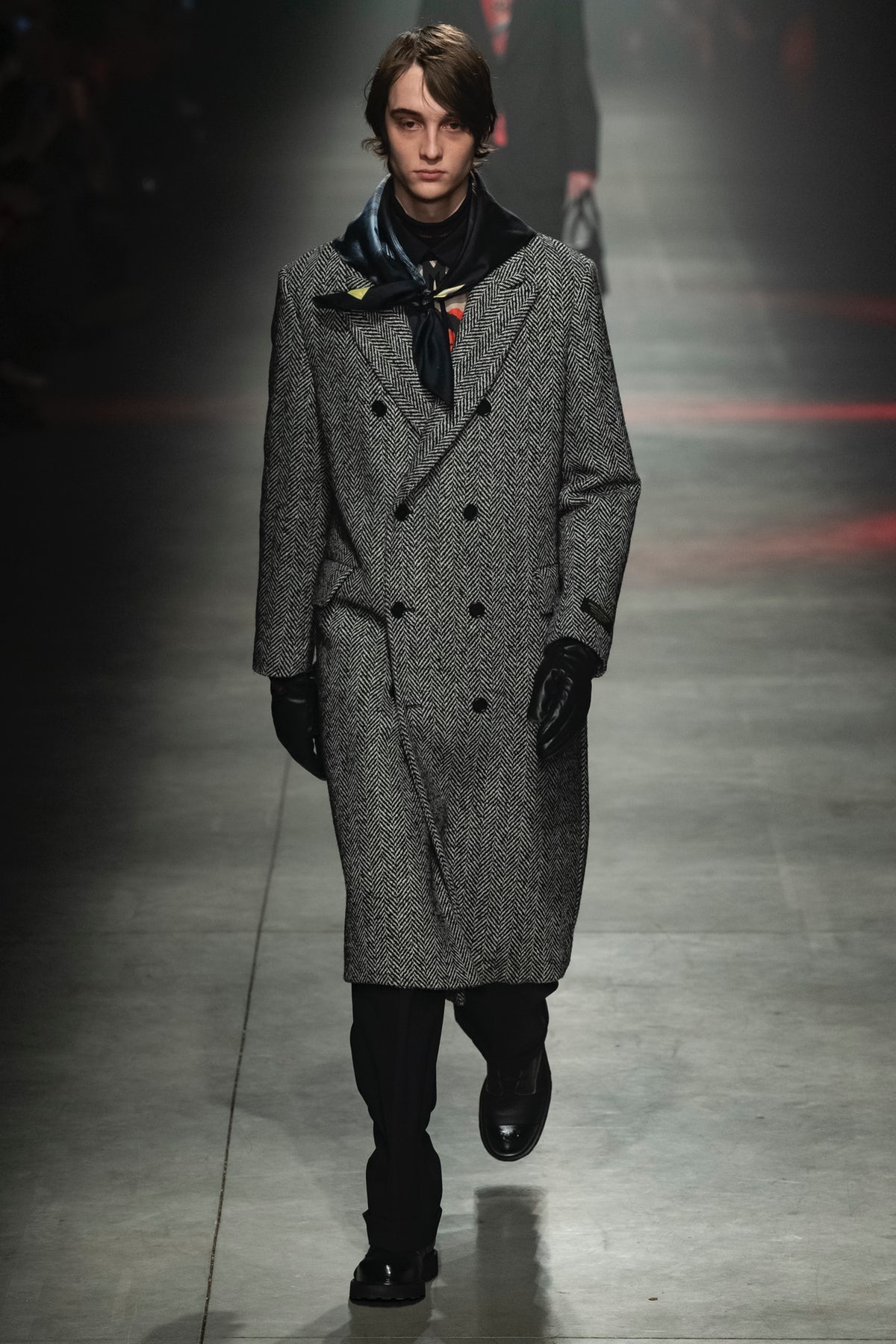 The MSGM collection, on the other hand, lacked depth of character. It was very fashion-y: a mash up of pseudo-formality, acid wash denim, streetwear and color, sitting atop catchy cap-toed and rubber soled brogues — a collaboration with Cult, the Dr Martens of Italy. As ever for Giorgetti, echoes of the status quo — Balenciaga and Prada in particular — were palpable, and not particularly elaborated. 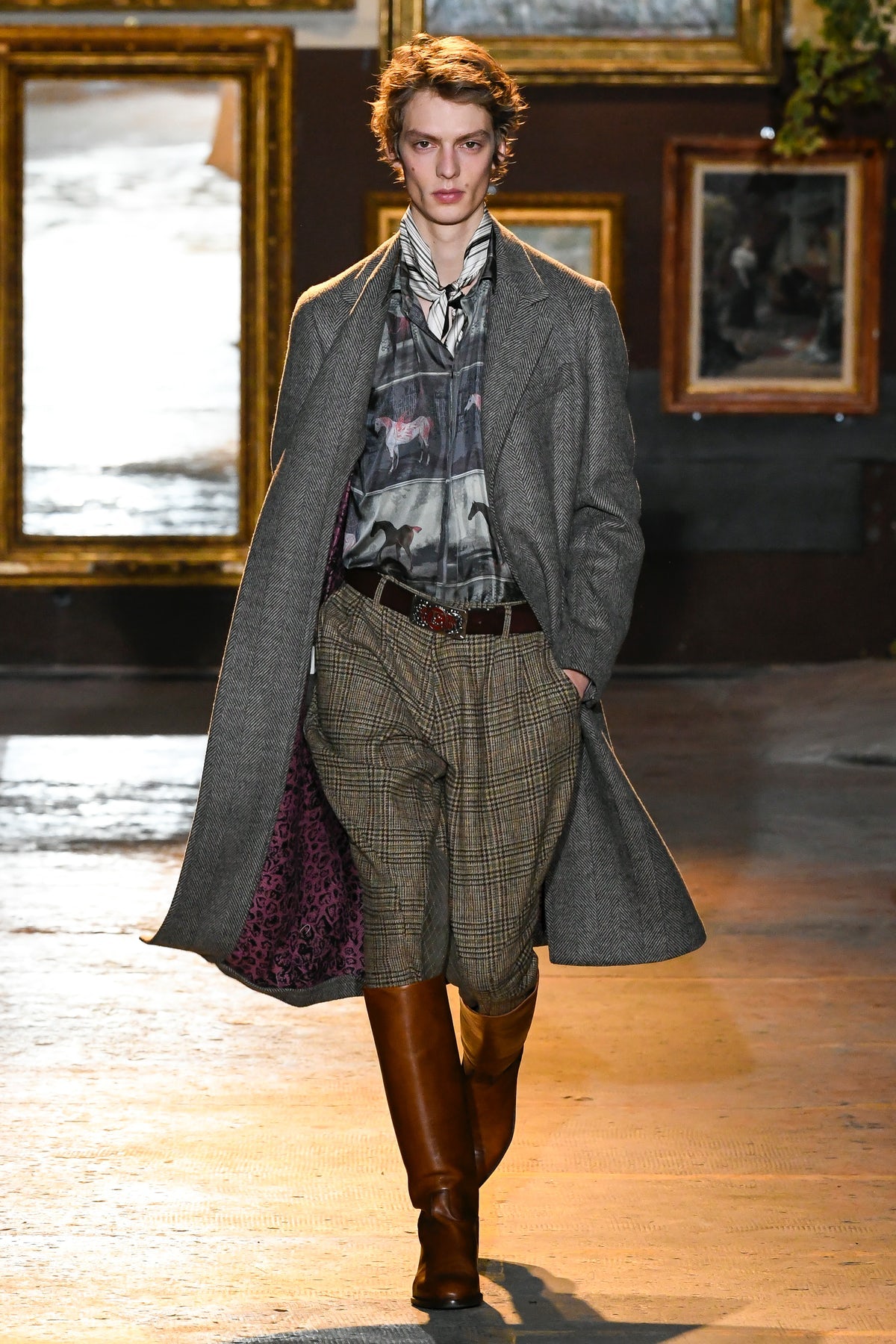 At Etro, the narrative was rather mixed, but in the end, it was the setting that stole the show, held in a run-down garage. In stark contrast with the industrial surroundings, the walls were hung with a striking series of painted portraits — part of founder’s Gimmo Etro extensive collection. Kean Etro spoke about ancestors, wardens of tradition, looking over the action, but that was just framing. Running along an Argentinian trail — ponchos, gaucho boots, little capes — the collection was Etro’s usual mix of formality and bohemia, combined in ways that felt lighter than they were in the past, but still a bit formulaic. The corduroy suits suggested a hint of better things to come — with no forced storytelling.