For Burch, the location was a departure — a long way from the Upper East Side. The actual show venue was in her wheelhouse, though: a glass-ceiling space in the Brooklyn Museum, which is currently running a Pierre Cardin exhibit, afforded her the natural light that best showcases her collections. This season, she was thinking of Diana Spencer — the Lady, not the Princess. “Not her as a style icon; who she was as a person,” Burch said backstage. “Her humanitarianism, her fearlessness.”

With that, Burch managed to avoid some of the Sloane Ranger style clichés, including those wretched padded headbands. Instead, this collection was Burch’s own take on 1980s fashion, with crosshatch pin-tucked sleeves on Laure Ashley-floral dresses and sensible loafers.

This season, styling on commercial runways has leaned toward individualism: less thematic looks and more bits and bobs mixed about. In this case, it didn’t work. While there were some nice touches — the delicate embroidery on white cotton dresses, for instance, or a fabric flower broach pinned to a striped top — the collection felt like a diffusion of ideas that have been in the ether for quite some time, not pure Tory Burch. In a market this competitive, the essence of a brand needs to be more clear. 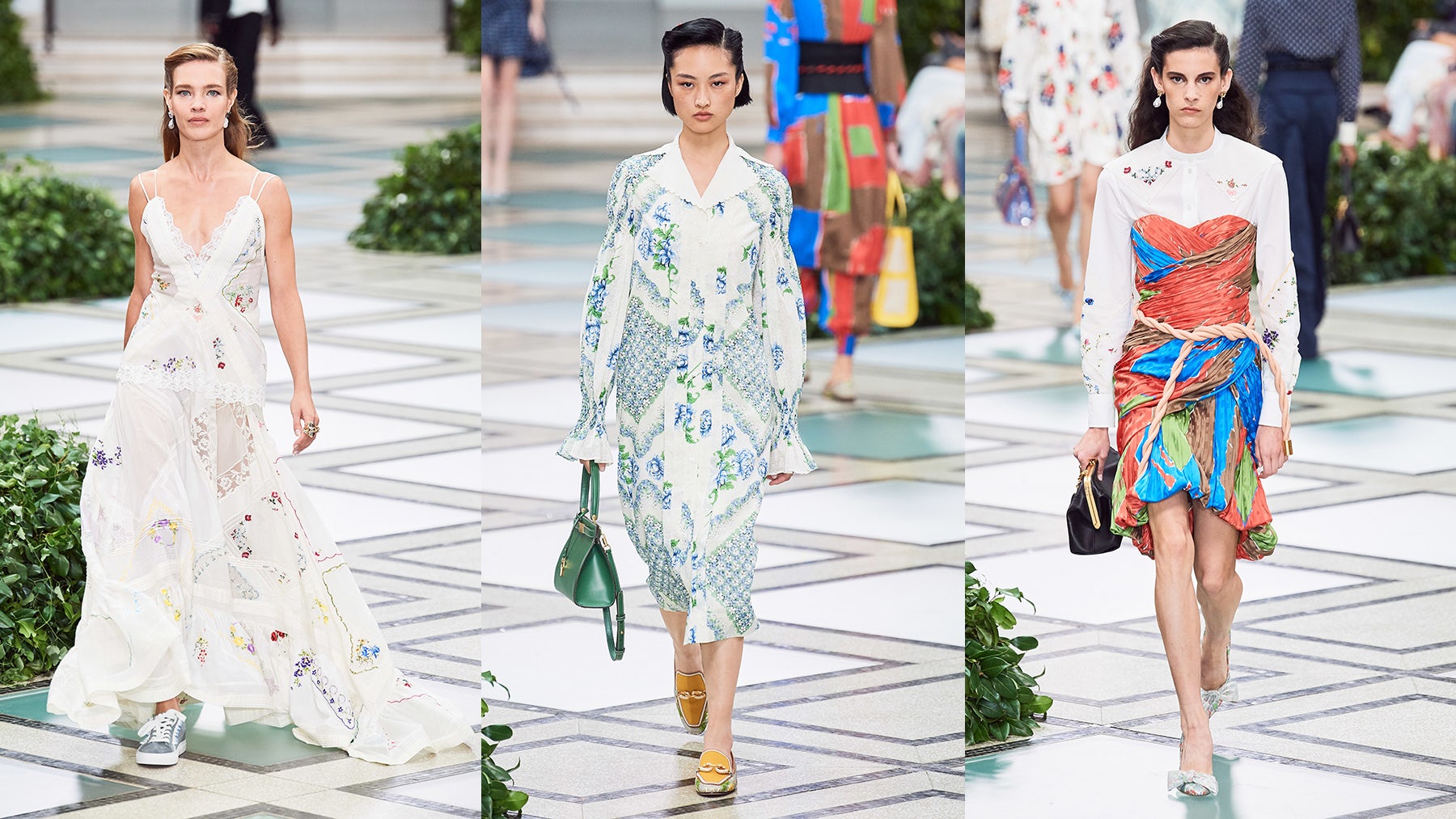 Jumping from Tory Burch in Brooklyn to LaQuan Smith on the West Side Highway felt less like borough hopping and more like a leap to a broader world. Smith showed in a room at Pier59 Studios, tightly packed with one of the more diverse crowds I have ever seen at a fashion show. (While efforts to diversify staffs have increased over the past few years, the fashion trade is still very white.)

Smith’s front row was dressed spectacularly, too: beyond the celebrities like satin-enrobed YouTube creator Patrick Starr, a woman accessorised her revealing minidress with two teacup yorkies, another with a vape pen. “It was in the gift bag!” her friend retaliated when a security guard asked that she put it away.

They were all ready for what Smith was dolling out: Rhinestone cowgirls wearing leopard-printed latex that looked like it was vacuum sealed onto their bodies, ass-less chaps and crotch-high slits, all expertly finished. “I will not, not be rich,” read a t-shirt. Not a bad mantra to live by. While Smith may not be a traditionalist in the most straightforward sense, he did send out a bride at the end. 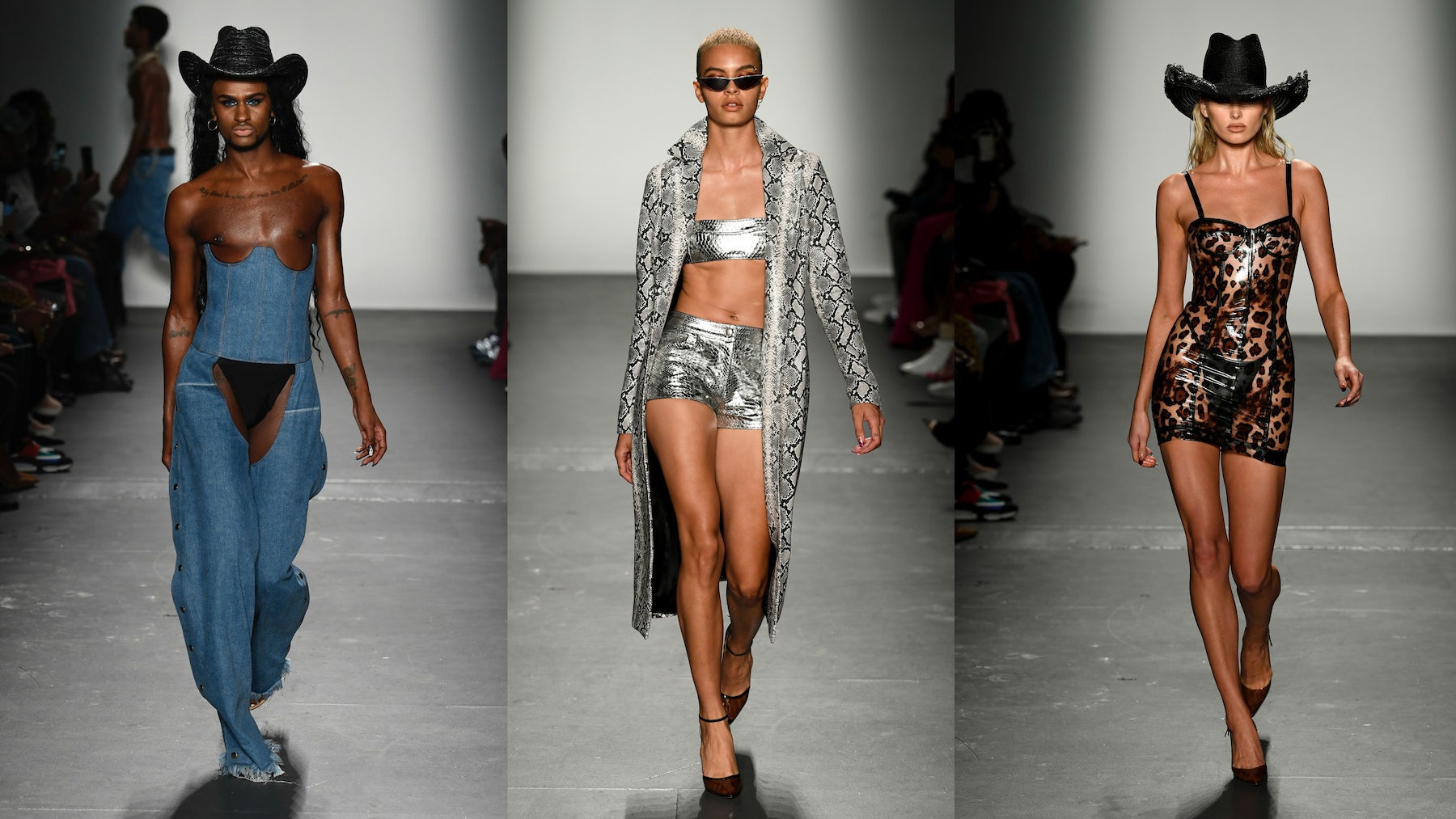 Down at the Surrogate’s Courthouse near City Hall, Sander Lak showed his latest collection for Sies Marjan, the label he conjured into existence with the backing of Nancy Marks and her husband, the investor Howard Marks. When they started in 2016, one of the things that got people excited about Lak was the fearlessness about him. He seemed eager to confront ideas about what looks “right” and “wrong,” giddy to expose good taste as fraudulent. Sometimes it worked, sometimes it didn’t, but his talent is undeniable.

For Spring, Lak aimed to reject “irony, bad taste, satire, reality TV and kitsch,” many of the things in which he has often reveled. The resulting collection — while still identifiable as his through the textures (crocodile-embossed silk, glossy patent, fluid satin) and colour choices (from marigold to cerulean) — read a bit uptight.

During the show’s finale, there was a loud pop, and the air exploded with thick flakes of metallic confetti. It released the tension in the room, but the clothes should be able to do that on their own. It would be nice to see Lak letting loose as the years go by, not stiffening up. Building the kind of upscale brand Sies Marjan wants to be is hard, and will require buy-in not only from the trade, but also from customers, who are looking for clothes that make them feel alive. 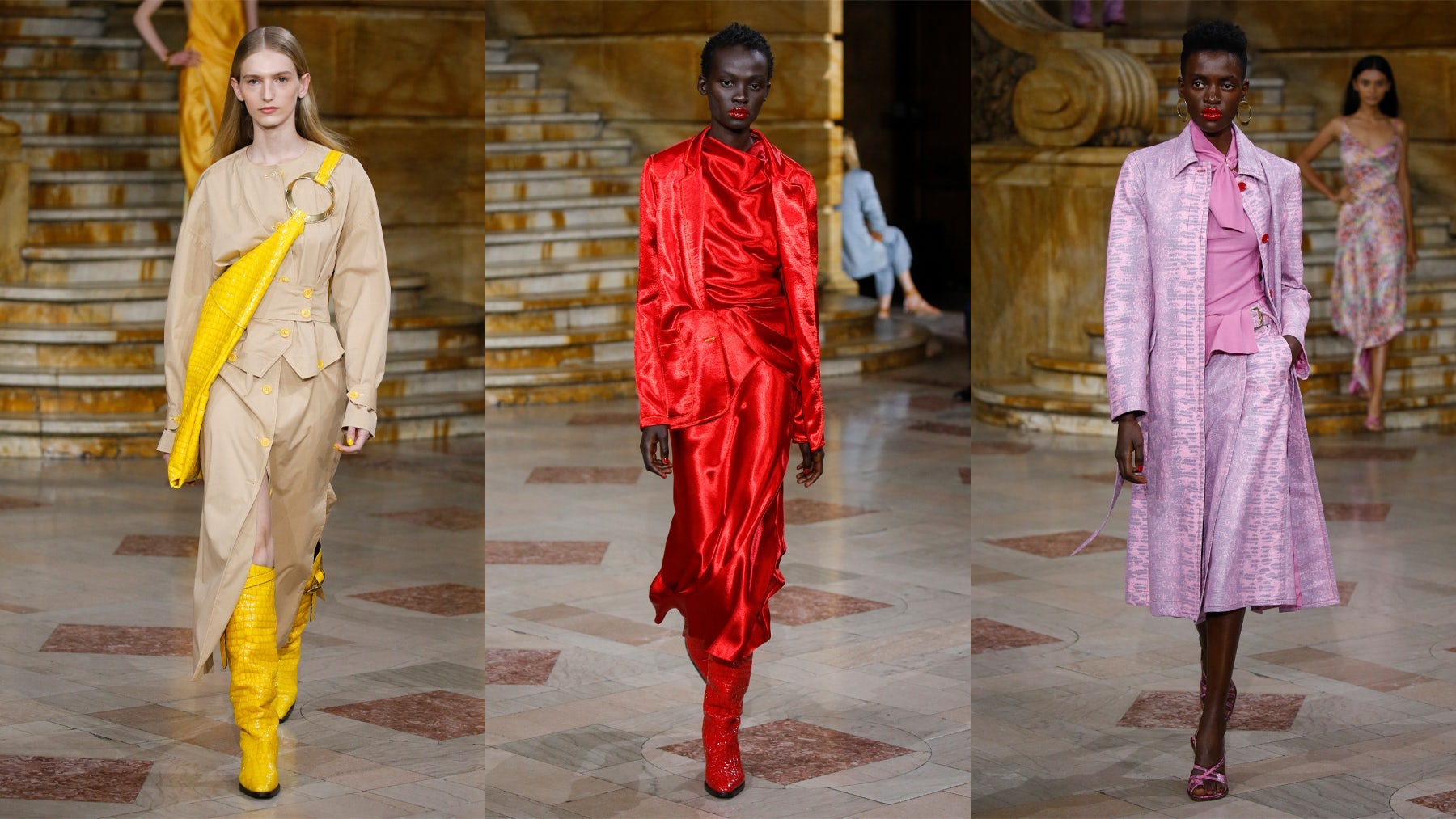 Pyer Moss might have been the most anticipated show of this New York Fashion Week, even if it required guests to travel more than hour from the Apollo Theater in Harlem — where Tommy Hilfiger staged his latest “experience” — down to the King’s Theatre in Flatbush. In the past year, Kerby Jean-Raymond has become a sort of symbol for the changing face of American fashion. He is black, yes, but it’s about more than diversity. It’s also about inclusion, that other buzzword making the rounds in fashion and the wider culture. Diversity is great, but only if new faces are actually included in the conversation.

Jean-Raymond is certainly included; people are listening to what he has to say. His show — about black history, and going home again — was an experience, yes, but a spiritual, era-defining one. Fashion at its best can change culture. 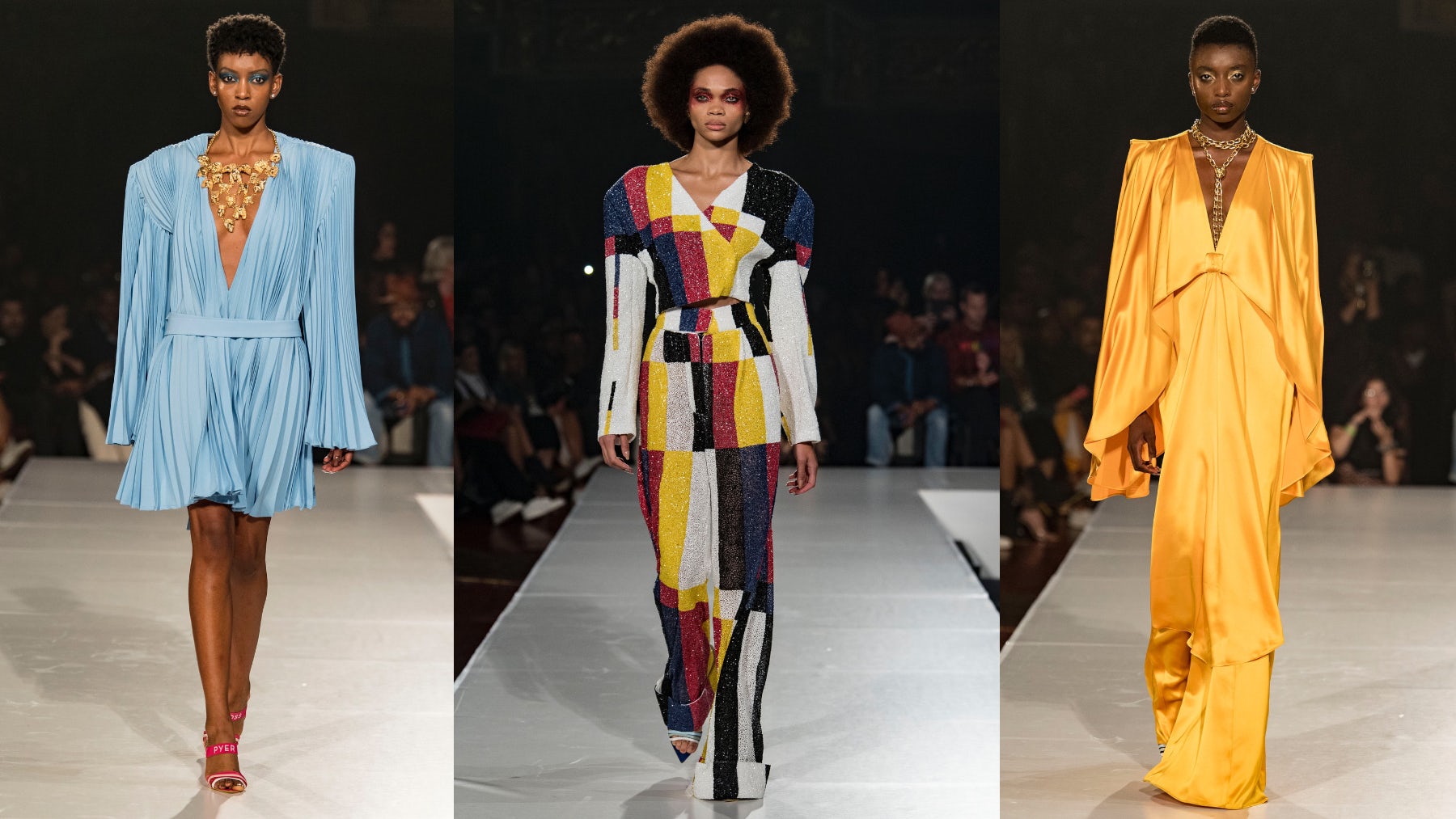